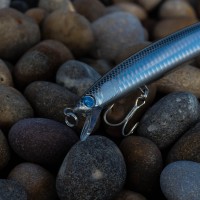 I recently entered a Facebook competition that Nice Fish were running to try and win a Seaspin Mommotti 190. James Davis, owner of Nice Fish,  the importers of Seaspin lures, Majorcraft rods and Sunline braid, wants to put a theory to the test. He believes that big lures catch bigger fish. It is a theory that I have long supported, and most of my lures are on the larger side.  Not only was I keen to win a nice shiny new lure, but also fancied the challenge of trying to catch a big Bass on a large lure. I have to admit to having a soft spot for Seaspin lures, I think that most of them in the range are great, and compared to some other lure manufacturers, they offer great value for money. 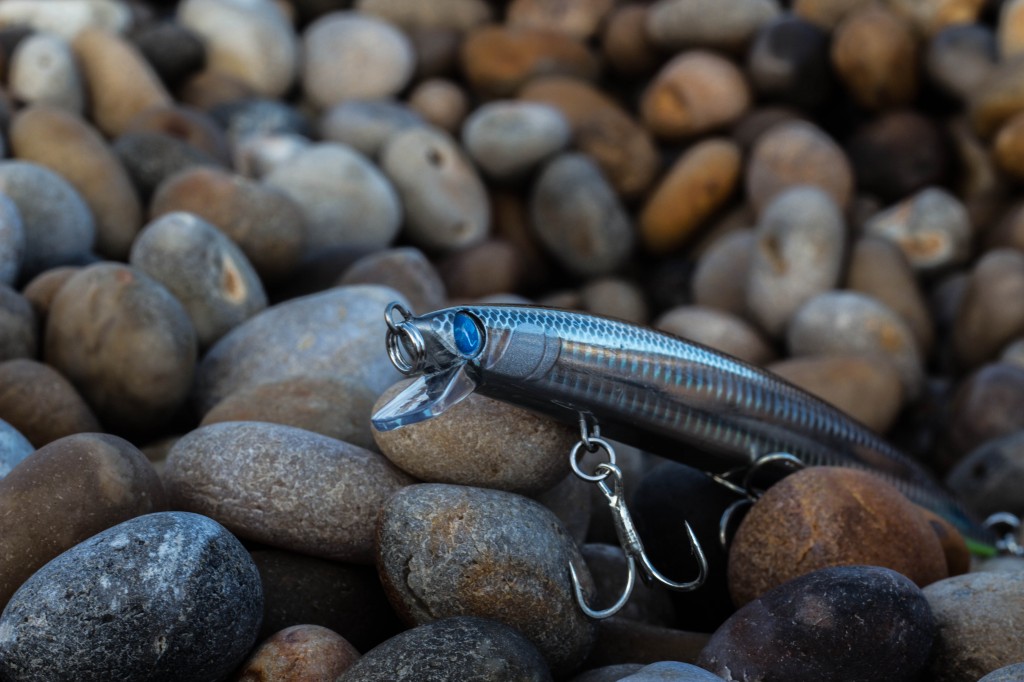 There were a few conditions to the competition: Firstly they were looking for five hardcore lure anglers to fish the Seaspin Mommotti 190 (19cm, 34g, Slow Sinking, 30-90cm depth range) in ACC colour and fish the pants off it for the rest of this season. Well for sure I knew I could do that.

Secondly all they asked in return was that you emailed them details (picture/length/weight) each time you caught a fish when using your Mommotti 190, no matter what the size. No problems on that front, after all I have a camera and a PC, and given last years figures of landing 439 Bass on lures I am pretty confident I can do that as well.

The best part about it was that if any of the five chosen anglers catch a double figure Bass, they would receive a Major Craft lure rod for free. Woo hoo! With only 20 others entering the competition what could go wrong? I ticked almost all the boxes, with the exception of being able to pull double figure Bass out of nowhere.

Well as usual my luck in raffles and draws stayed true to form and I didn’t win the lure. I am sure if there was a draw with only 100 tickets and I had 99 of them, I would still not win. Despite not winning, I decided that I liked the idea of seeing if the lure could produce me some big fish for the remainder of the season, so I bought myself the same lure that was being offered as a prize. I was quite lucky, as Chesil Bait n Tackle, one of my local tackle shops had them in stock.

Having shelled out just short of £15 for it, I thought that it might be worth giving it a review as well as trying to catch a few Bass with it. As with all my lure reviews, they don’t simply get a few casts, before I write a paragraph about how great they wobble. Oh no, it has to go through an extended period of fishing, so that I can see how it reacts in different conditions. With that in mind, this will be an on going review, where I will give you a detailed report at the end of the period. In the mean time you can read about what I think of it having used it on a couple of sessions.

When I say it is a big lure, I really mean that. I have never used a lure this big in this country, not even from a boat. I have shown it pictured below, with a Zonk 120 and it’s smaller brother the Mommotti 120, just to give a comparison in size. 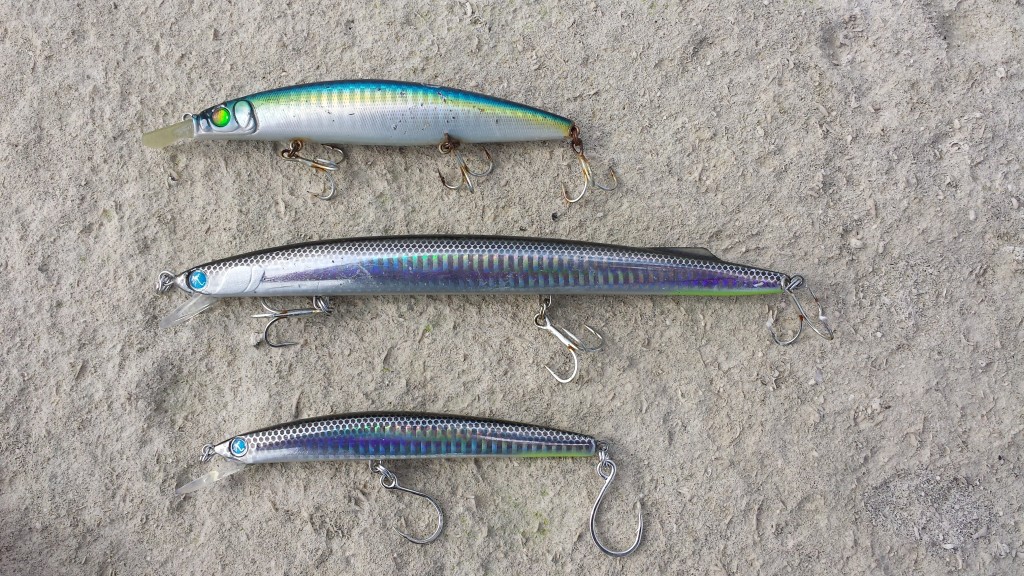 One of the first things you notice about the lure, apart from its size, is the finish and attention to detail. The ACC colour is a great for UK waters and when fished looks similar to a sandeel. It has holographic sides that really catch the light, and hopefully the eye of a predatory fish. After using it for a couple of weeks the finish is almost as good as it was when it was new, despite it being dragged over rocks and pebbles. 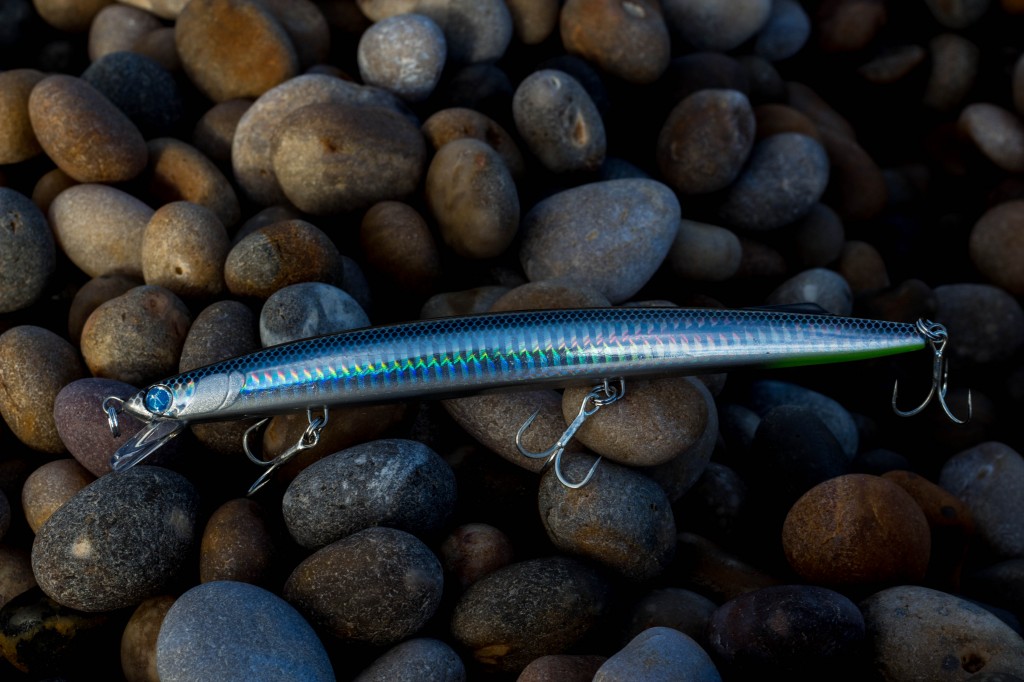 There are a couple of specifics about the lure that I question. First is the green under belly section at the tail end. I can not for the life of me think why that is there. Perhaps it is an added visual attractant, or maybe it is to break up its outline. I have noticed that several other lure manufacturers are doing something similar, so I guess it must be the trend. The second feature that is unique to this lure in the range is a fin that is also near the tail. I thought it might have been to give the lure stability in the air when casting, but when I asked, the guys at Seaspin in Italy they said it was only to help differentiate the lure from the Mommotti 180. 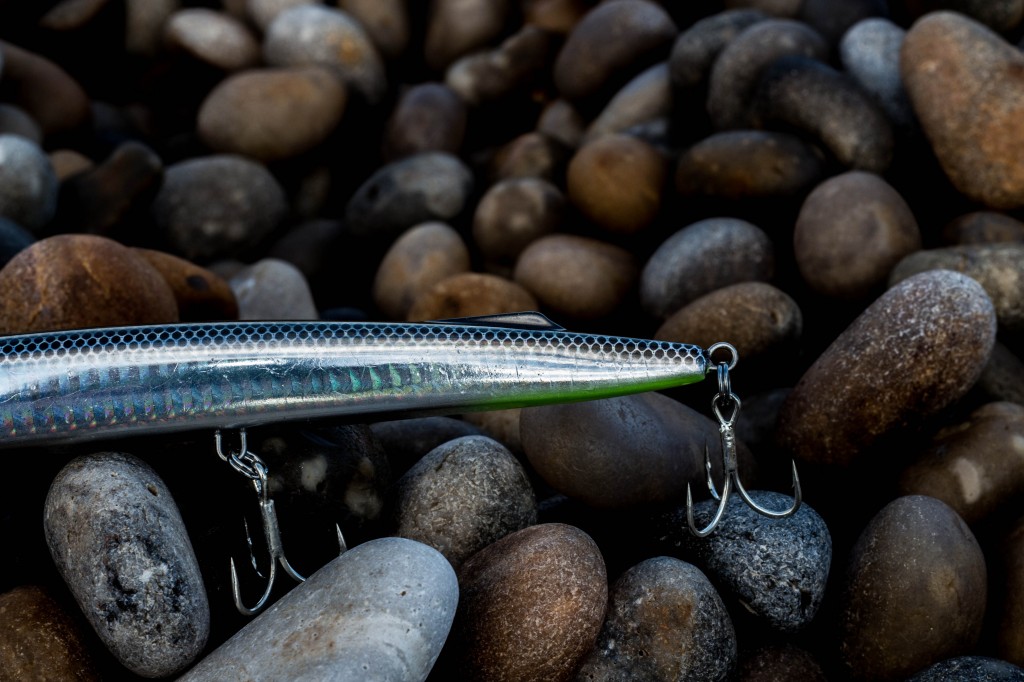 I am not entirely convinced that the fin doesn’t add to the stability, as no matter how hard I cast it, the lure rarely tumbled. The designers must have got the weight to size ratio spot on for casting, as it really flies. To get the most out of it I had to match it with a slightly heavier rod than my normal 7-28g rod to get the most out of its 33g weight.

There are a number of ways to work the Mommotti. Cast it out and allow it to sink, you might have to wait a while for it to reach a running depth of 90cm but that is one of the great beauties of a slow sinking lure. Choose the depth you want to fish it and you can alter that during the retrieve by changing your retrieve speed and rod angle. Seaspin recommend fishing it with darts and pauses, unless there are a lot of fish showing interest and feeding, when they say to reduce the interval between pauses. Even in a straight line retrieve the lure swims very well for a long slim lure.

The million dollar question is does the Mommotti 190 catch fish? Well the best proof is in a picture and here is one, showing a Bass I caught in fairly rough conditions. 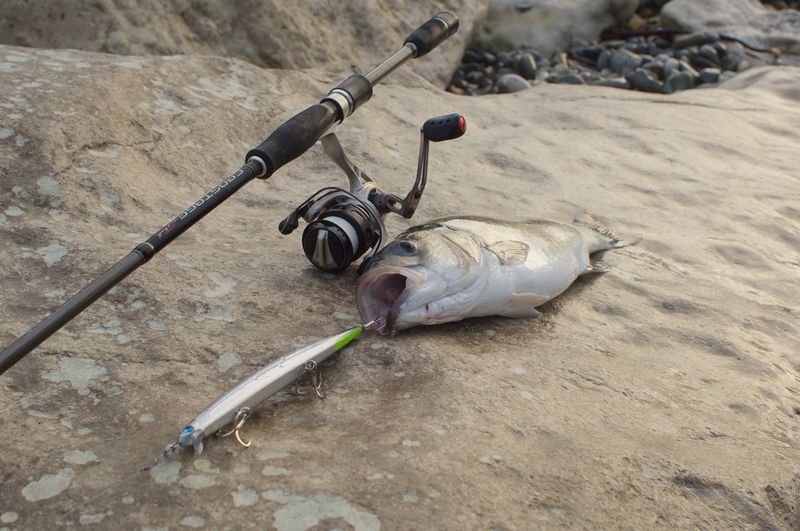 At around 3lb it is no monster, but I don’t think you are going to get too many smaller than that on this lure.

In short the Mommotti 190 is a good lure in rough conditions, where you want to punch out a lure into a strong head wind. It wont be for everyone, as it is not going to catch you buckets of Bass, but I think it will sort out the bigger lazier ones. It certainly has a place in my lure box. Please remember this post is a review in progress and I hope to update it over the next 2 months. For more information or if you want to buy one then take a look at the Mommotti 190 link

Doesn't cast as well on rods rated under 28g

This is a big lure designed to catch big fish. It is a great looking lure, with a lovely action that casts surprisingly well. You wont catch bucket loads of Bass on it, but the ones you do catch will be big.