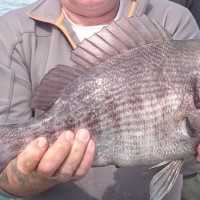 Reports coming in from the weekend suggest that there was a lot of Plaice caught all along the beach. Unfortunately for most, they were at long range. The Mackerel however were not, as at times they were almost on the beach, as they chased shoals of White Bait onto the beach.

I have heard from several sources that local angler Pete Hegg, managed a 22lb Blonde Ray from Chesil Beach. I will try and get more details and hopefully a picture for the next report. I also heard reports from Penzance that a large shoal of Bluefin Tuna have been spotted in that area. You never know, they may continue to chase the Mackerel shoals down the channel.  If you are lucky enough to catch one, you will need to release it, as they are a protected species in these waters.

My quest for an Undulate continues, as my planned Ray trip onboard Snapper, turned into a Bass and Bream trip. Not that I am complaining, as we had a great time. We all managed to come away with our 3 Bass limit, but for me it was the Bream fishing that was outstanding. Even though we only spent a short time fishing for them off Portland Bill, we caught loads of them up to 4 1/2lb. The biggest was caught by Paul Jefferies. 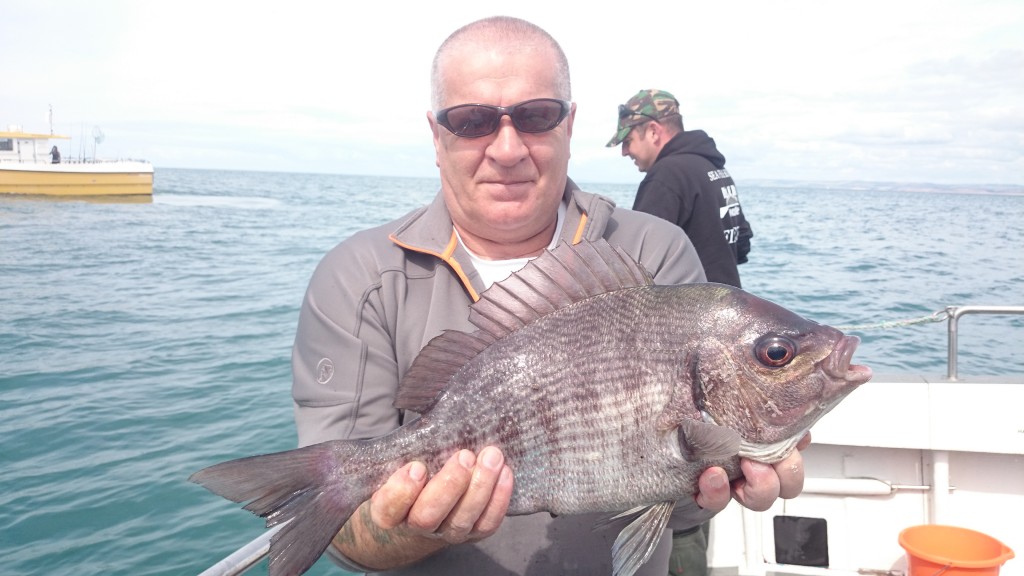 Darren Herbert owner of The Tackle Box, in Lyme Regis, took his young daughter Willow on a Mullet fishing session. Darren managed one small Mullet, whilst Willow landed this lovely Mullet of almost 3 1/2lb. The fish was weighed in the shop before being safely returned. 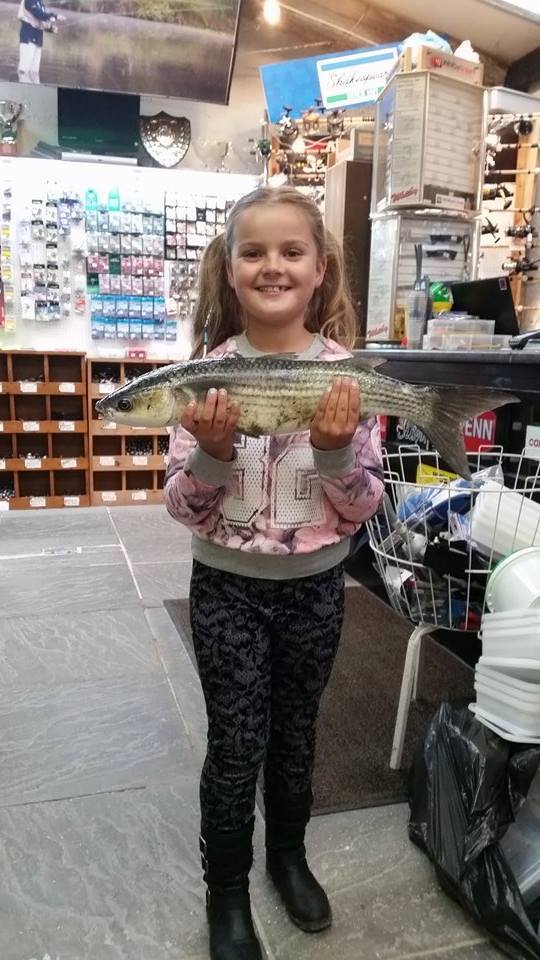 Chesil Beach forecast: The water is still carrying a bit of colour in it. Whilst this is not ideal for lure fishing, it does seem to give the fish a feeling of security during the day, as they seem to be feeding well even during daylight hours. A number of Codling are being caught during the day. Most seem to be coming from the middle and eastern end of Chesil. Bridging Camp is fishing well for Bream and Gurnard, as well as Cod and Rays.

I mentioned earlier that the Plaice seem to come at distance, and the larger number of them are being caught towards Abbotsbury and West Bexington.

Portland: With the numbers of Black Bream being caught close inshore from the boat, you would think that we would get lots from Portland as well. I know that there are a few marks that do produce Bream from the shore, but they are difficult to fish, and tackle losses are normally high. Having said that, it may well be worth trying for them on the ledges around Portland.

Wrasse will be easy to catch this week, especially if the weather remains settled. My favourite method for catching them is on soft plastic lures.

Portland Harbour: Unfortunately I didn’t have time to try for a Bass in the harbour this weekend, but there should still be a few about. I have spotted large shoals of Mullet around Castletown. Most of them seem to be Thick Lipped Mullet. Bread would be the best bait to target them.

Weymouth Bay: I expect the piers in Weymouth will be very busy again this week. There is a good reason for that, as they produce plenty of fish. It is great to watch shoals of Mackerel and Garfish crash into bait fish right under your feet.

As the water in the harbour clears, the Mullet fishing should improve.