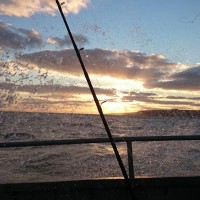 Let’s get this year started with some fish.

Where is the best place to fish on the South coast this winter? Normally as we enter into the New Year, I scratch my head thinking about where I might be able to find some fish. Sure Poole is normally a good bet for a few Flounder, but at a lot of other marks we should be starting to scratch for small Dabs and Rockling; not this winter though. 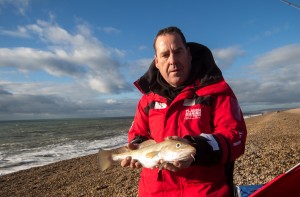 Chesil is still fishing its socks off for Codling and Whiting, and marks like Minehead in the Bristol Channel are starting to produce some larger Cod. As usual Dungness is also throwing up some larger Cod.

Conditions today are almost perfect for Codling from Chesil. Your main problem won’t be catching them, it will be trying to get decent bait to catch them. Recently as usual, the best bait has been Peeler Crab, but trying to get that at the moment is very difficult. Live Hermit work really well if you can get them, but frozen Hermits work better than frozen Peeler.  Blow and Black lugworm are a good alternative, but when it comes to worms I am only interested in live ones. I have had very limited success on frozen blacks. My surprise bait for this year has to be Cuttlefish. Since using it for the past couple of weeks, I have to say I am more than impressed with it. It seems to have taken all of the larger Codling I have caught this year. It is much tougher than squid, so it stands up to being ripped apart by small fish.

If you are getting plagued with small fish, it is well worth rigging up a live bait rig. This consists of a small hook tied just above or below a 4/0 hook. Bait the smaller hook with a small worm or thin strip of Mackerel or Squid. Hopefully a small Pout or Whiting will take the bait and become hooked. Then it is just a waiting game to see if a Cod or Bass comes along and takes your small fish. I will do an article on how to set one up.

If you think the shore fishing is good then you need to take a look at the boat fishing. So many anglers seem to think that as soon as winter comes the boat fishi 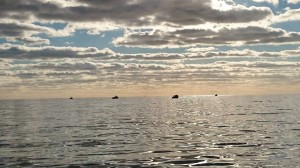 ng on the South coast shuts down. I recently went out for  quick afternoon session to help my friend Andrew get some Whiting. When you have lovely conditions as we did you soon forget the cold.  I had set up two rods. One for smaller fish such as whiting and another with a big bait of two squid and half a Mackerel to hopefully tempt something much larger. We had fish within seconds of the bait hitting the bottom on both rods. It was clear that there was lots of smaller fish down there.

After about half an hour and 3 Whiting later, both my rods started nodding. I asked Andrews daughter Sabina to take one of the rods. I grabbed the other one. Mine clearly had another Whiting on, but as I looked over Sabina looked to be struggling. I could see that the rod was bent over with a decent fish that was taking line. With a bit of help and encouragement from her Dad, she managed to bring a lovely 12lb Undulate to the net; I couldn’t believe it. That was one of Ray species I had been desperate to finally catch. Oh well it just means I will have to go out and try again. At the end of the short session, we had managed 6 species including another Ray, this time it was a Thornback. 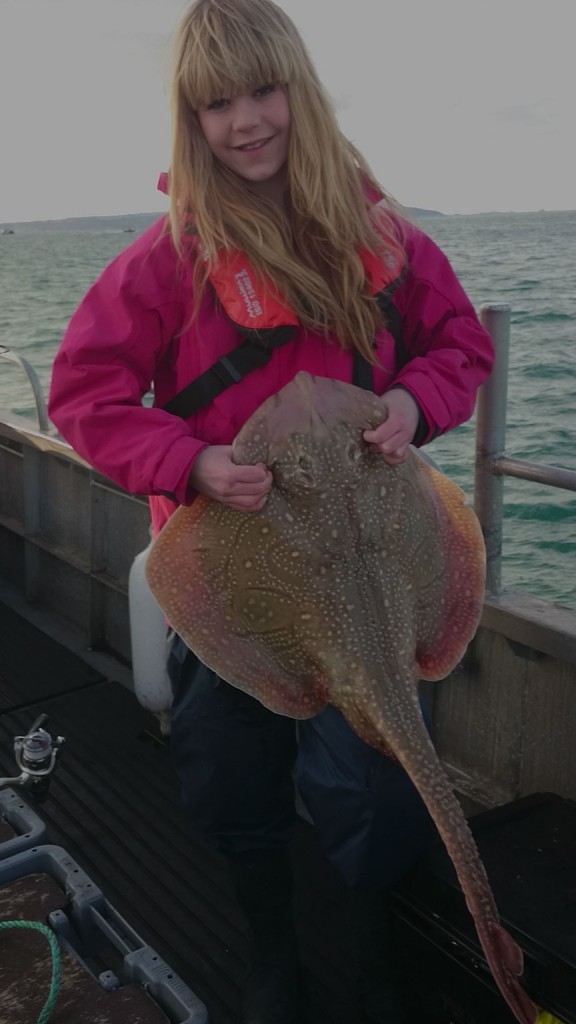 Chesil Beach forecast: As of 10.30am Friday the beach has just become fishable again. I can see the first of the anglers setting up on it. Be warned it is still dangerous and you will need to be able to cast a decent distance to get over the surf line. However if you can then you are almost certain to be able to connect into a Codling. As the weather settles for the next few days, the Codling will not be as plentiful but the Whiting should be. I would expect to see a few Congers being caught today, as the water will remain coloured until at least tomorrow. The usual Dogfish and Pout will be around in numbers especially after dark.

Portland: For today the main target species is most likely to be Bull Huss and Conger, but as the water clears the Wrasse and Pollock will start to feed again.

Portland Harbour: I talked to an angler yesterday who had 5 nice Flounder up to 2 1/2lb from Sandsfoot Sailing club area. Unfortunately it would seem as if the Bass have now gone from the harbour.

Weymouth Bay: The piers will still produce plenty of Whiting, Pout, Wrasse and Pollock. Also worth targeting are the Flounder inside the harbour.