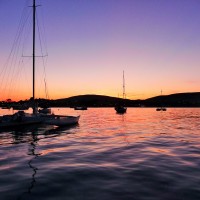 I am delighted that Ben Wallbridge has agreed to write some articles for us. Ben works as Coast and Marine Ranger for Dorset county council and has been kayak fishing for almost five years, so he spends more time on or near the water than most of us. We will hopefully have many more articles from Ben in the future.

When going out kayaking, fishing or not, safety is always the first consideration. Following on from  Lee’s article regarding safety when getting started in kayak fishing, and with Saturday’s upcoming kayak competition in Swanage, my home water, I thought I might share a few thoughts on the subject of local tides and currents 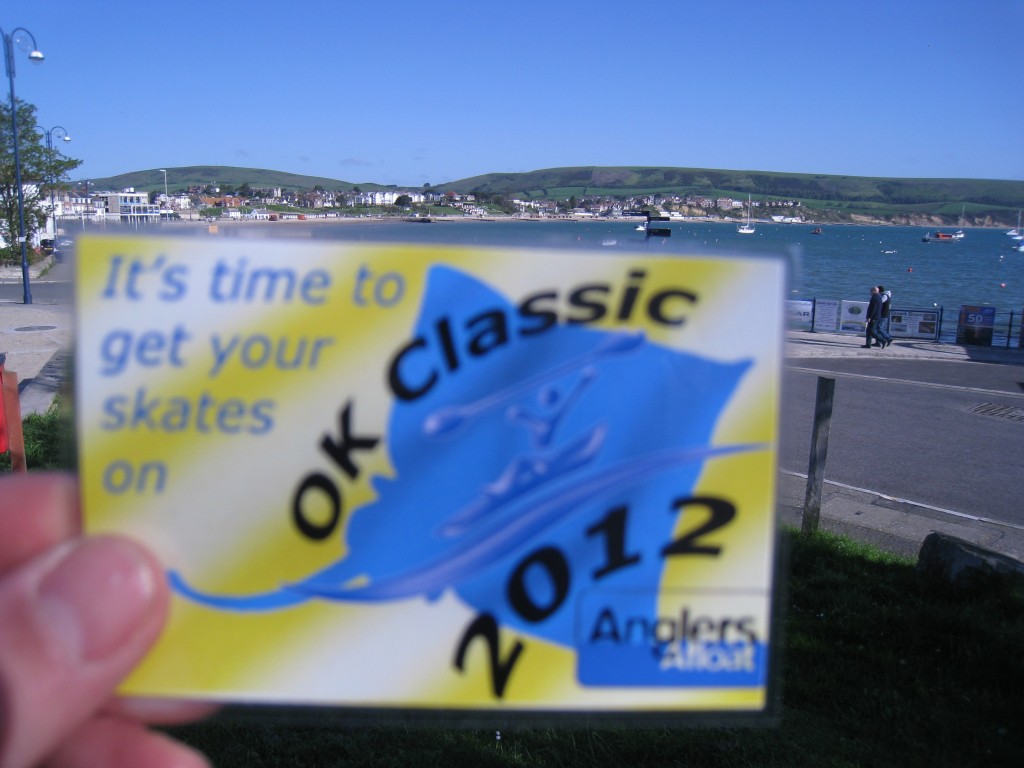 An entry card from a previous years competition

Swanage Bay is a great venue for kayak angling, and is pretty safe especially if you stick within the designated competition area. In fact, the main problem the kayak angler faces here is from those thoughtful and considerate guys on jet-ski’s (not that I’m sore at losing lures when trolling!), the 3-wave wash that the Ferry passing by sends in and the occasional ‘gin-palace’ from Poole Harbour charging across the Bay at full throttle. 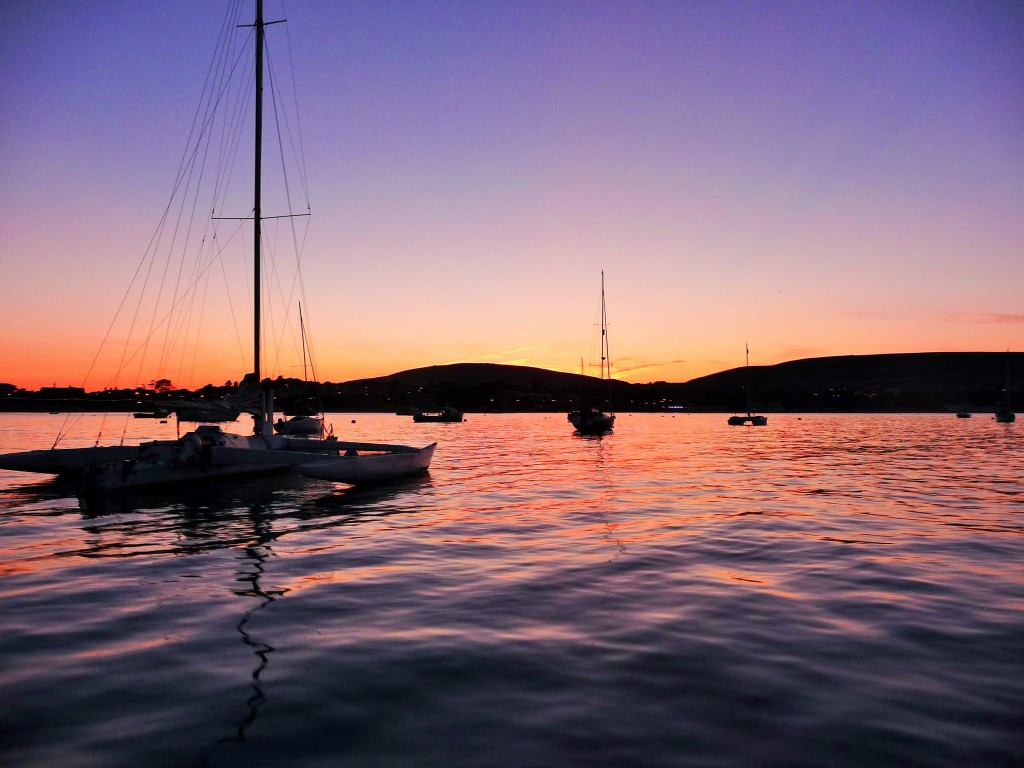 The areas of water you should be aware of are the two races at either end of the bay. During the competition everything south of, and including, the pier is out of bounds so you won’t be going anywhere near the famous, or rather the notorious, Peveril Ledge. Good job as the tide rushes over this ledge at a running pace, so forget making it back over it in a Sit-on-top kayak during the mid to lower ebb or low to mid flood . The National Coast Watch station overlooking the ledge is well placed and the lifeboat is called out regularly over the summer to rescue all types of boats that have been caught in the suck of this race (you can feel the water starting to accelerate well over 100m from it depending on the size of the tide) . To highlight the track record of this natural feature, the last ship to be wrecked on it was only back in 2010! The other race is much smaller and is roughly 100m south east from Ballard Point on the northern corner of the bay, but as you’ll be fishing the flood this shouldn’t pose too much of an problem. 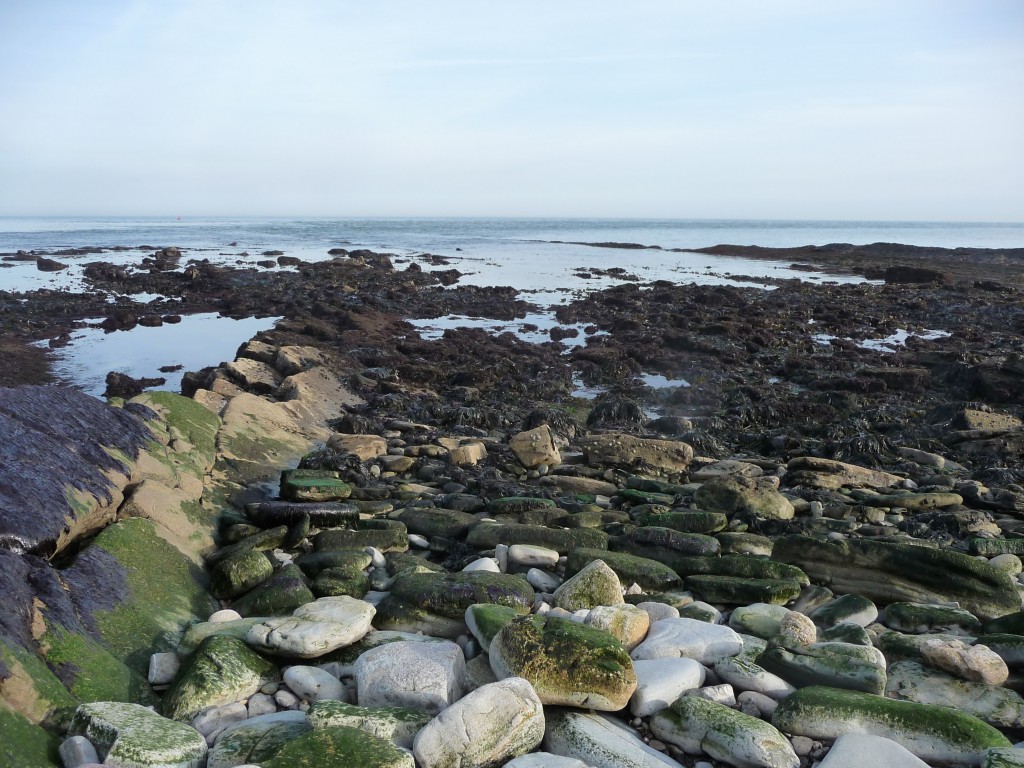 The Peveril Ledge at low tide

The Peveril Ledge at low tide

The main thing to consider is the way that the currents change in the Bay throughout the flood and ebb. The high tide on Saturday will be at about 10 am, the competition start time, so you will be fishing the ebb, and as it’ll be just after springs, it’ll be quite a strong so make sure you don’t drift anywhere near the Peveril Ledge to the south of the Bay. The tidal movements in Swanage Bay can be a bit tricky to work out, but fortunately they have been studied for a long time and the Sailing Club has a chart pinned up in the clubhouse which helps enormously. Helpfully they have now put them on their website, go to Swanage Sailing Club to check them out.

Swanage also has a double high tide where the main high is the followed an hour or two later by a second smaller rise in water. This is thought to be due to the tide refracting off of the Isle of Wight coupled with effect of water rushing out of Poole Harbour. Have a look at the BBC weather and tides website and look at the chart to get a idea of what’s happening.

The tide times advertised for Swanage seem to vary quite a lot, so I cross reference a couple. However the best tide tables I’ve found are Tideplotter, by Belfield Software, which allows you see the tide times for most UK locations for the next 3 years. The software costs £21.99 and has a bunch of other features which may or may not be useful to you, but if you regularly fish in different locations throughout the UK and Ireland, its an invaluable tool for planning your trips. Go to Charts and Tides  to find out more.

As its been pretty stormy for the past week I’ve had no catch reports but I know the Black Bream (please return any females, fish without the blue mark above the eyes so they have a chance to spawn & conserve numbers) turned up in numbers about 3 weeks ago. Last nights boat comp was won by Martin of Swanage Angling, with 10 species which included Ballan Wrasse, Black Bream, Dogfish, Pout, Mackerel, Scorpion Fish, Tompot Blenny, Garfish, Small-eyed and Blonde Rays. I’d also expect Saturdays comp to throw up Corkwing Wrasse, Pollock, possibly an early Bass and Undulate Ray. If you catch an Undulate make sure you return them as they’re a protected species, Swanage and Studland Bays are also a breeding ground for these rarer of Ray species, so if you catch one you often catch it’s mate shortly afterwards. Unusually this area rarely see’s Thornback Rays caught – I’ve only seen 2 caught in the past 4 years. 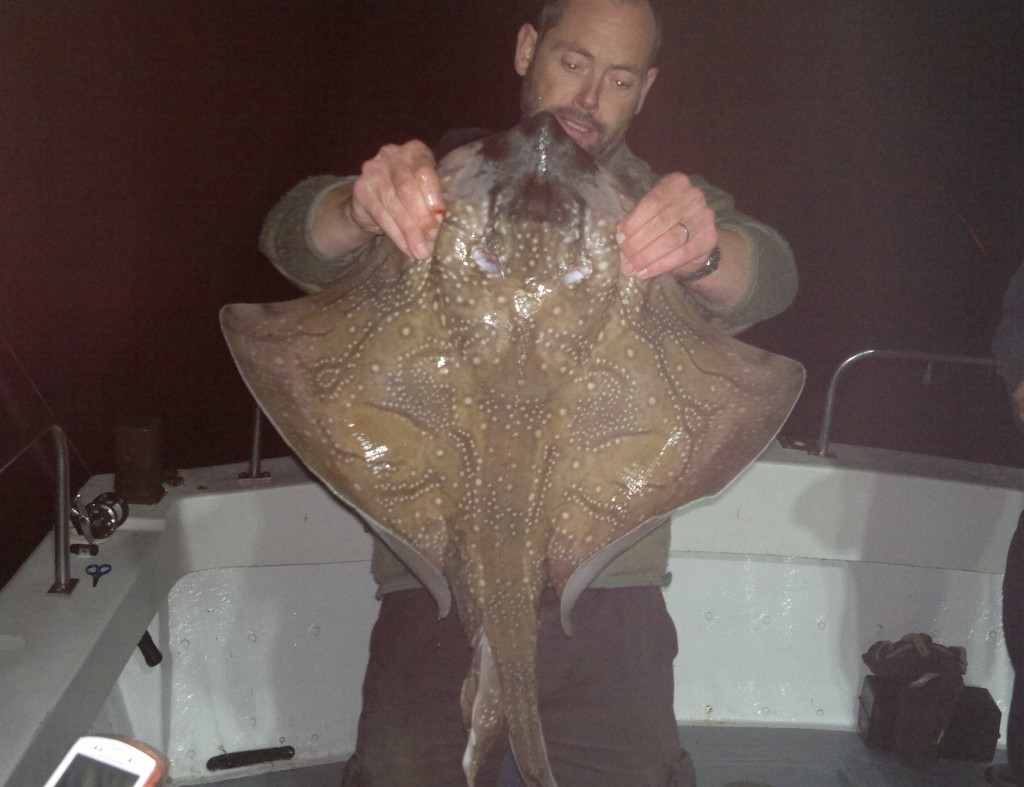 A 16lb Undulate I caught last year in Swanage Bay.

So conditions look really good for this years competition and I reckon that 7 to 9 species will win it but who know’s, anything can happen! Due to work commitments I can’t fish this years competition, but I’ll be around for the prize giving, so I’ll hopefully see you there and good luck to you all. Cheers, Ben