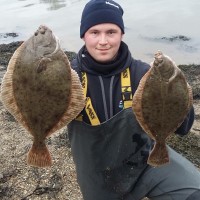 So, here we are at the end of the month already!!, this is my second monthly report for the fishing tails website and what a month it was. 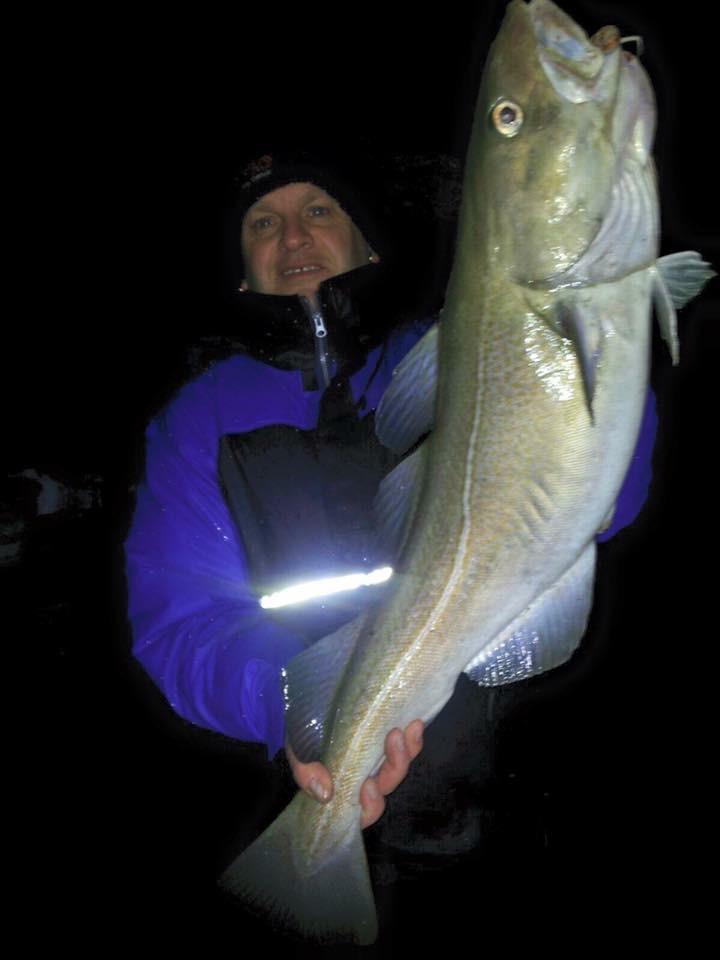 The mighty Tamar seeing a lot of the action as a few more big Cod have been taken by the persistent and determined Plymouth brigade of specimen hunters, the old guard also showing the new breed that they have still got the skills! 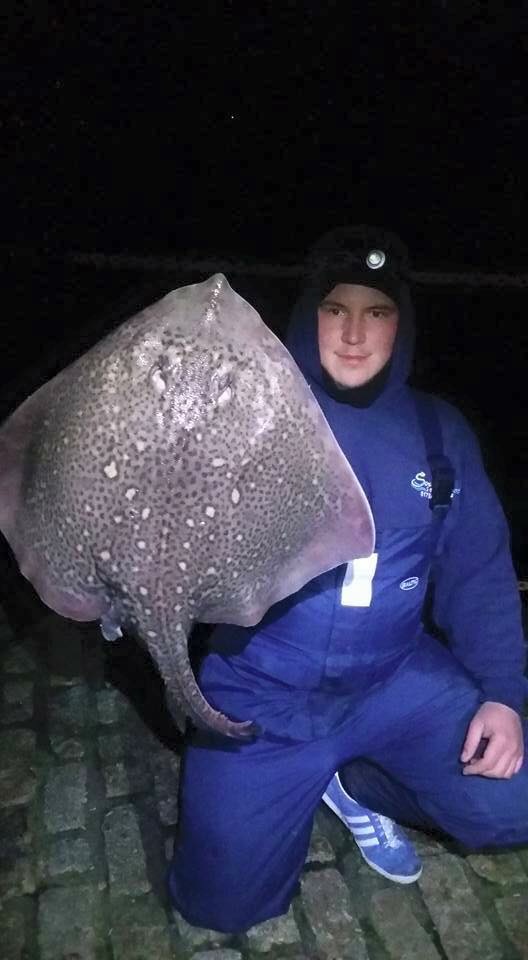 The odd few thornies still being caught but slow going in the river, this beauty was caught in the first week of January and another PB for Rob Batten who features quite a lot in my reports, plenty of whiting about with a better run in places, this 2 pound fish I witnessed at the ever popular Devils Point caught by a delighted club angler. 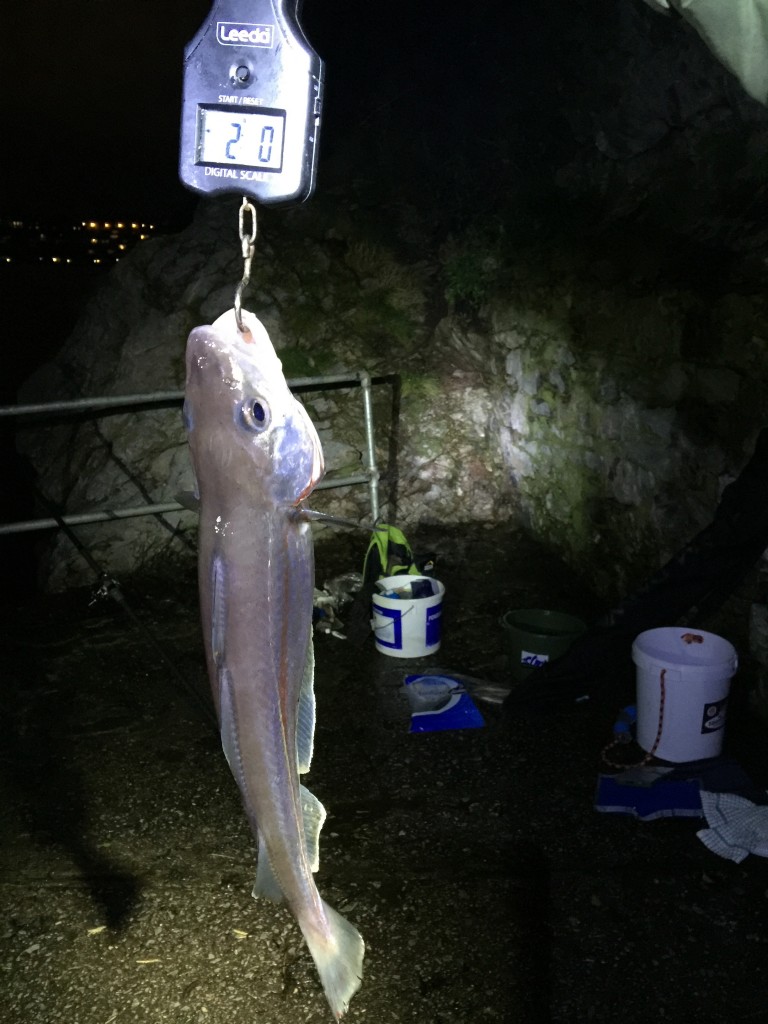 We finally had a cold snap and the flounder responded beautifully with specimen fish being taken regularly in surrounding areas like Kingsbridge, 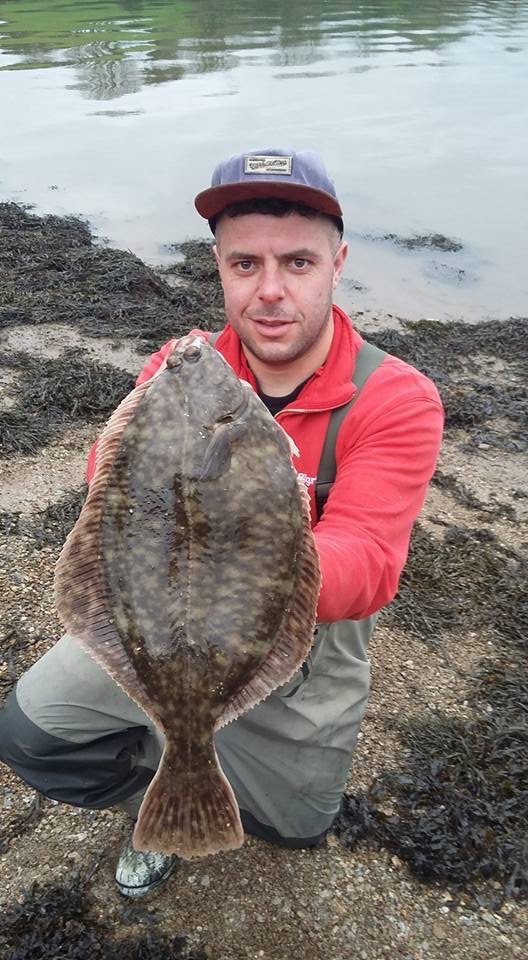 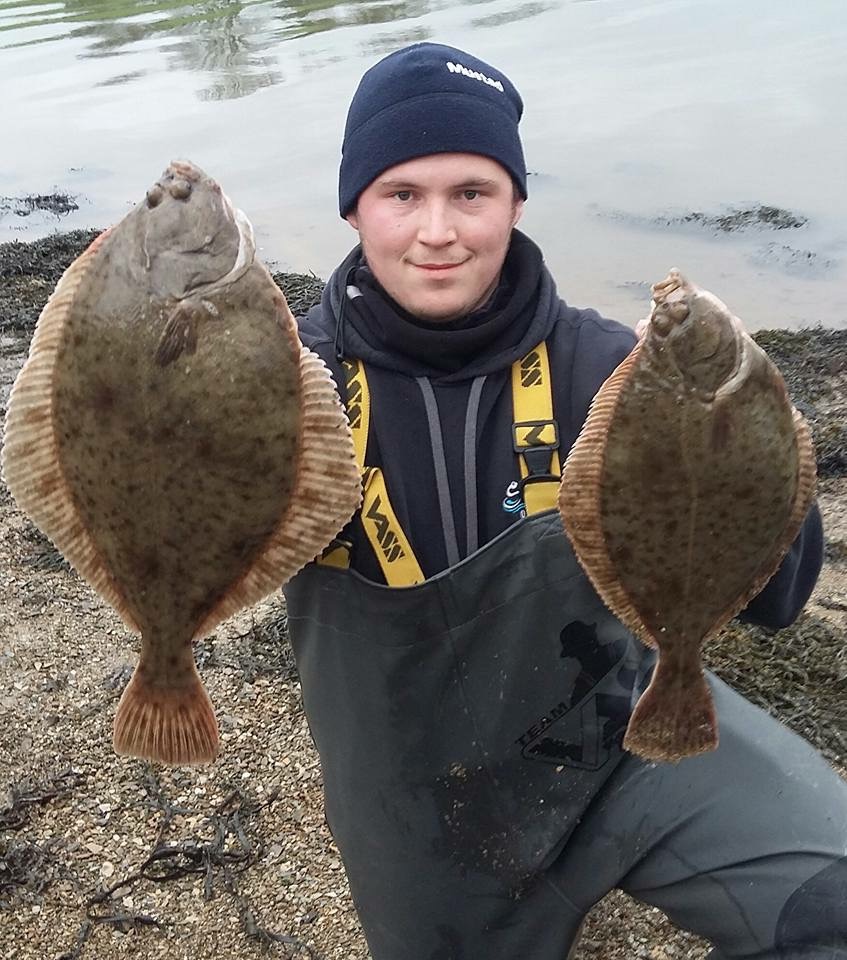 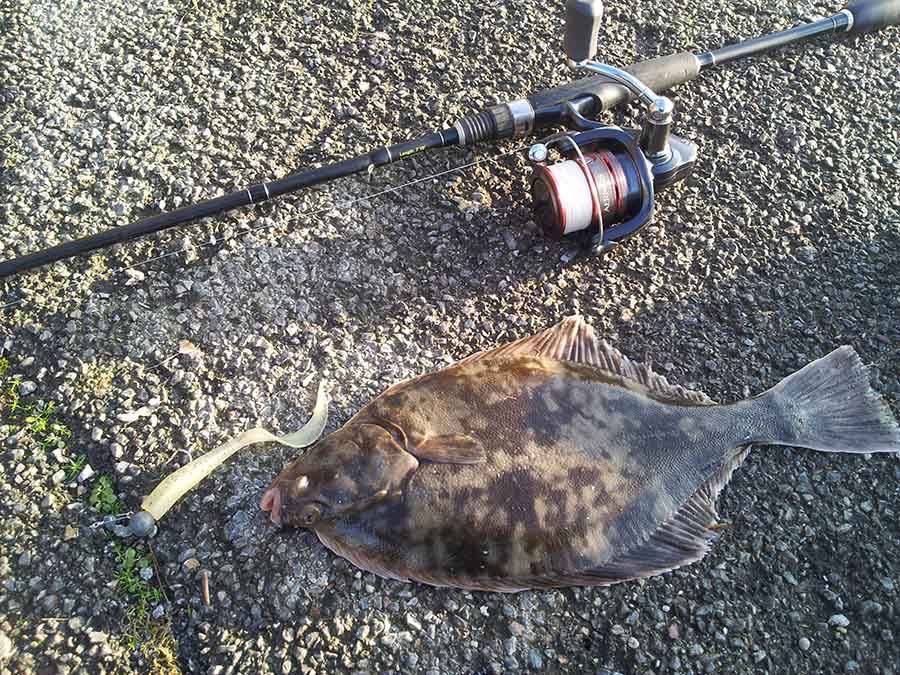 Seaview Angling in Plymouth have a month long whiting comp running and joe gardner a participant, had his undersized Whiting engulfed by this Bass of over 15 pounds!, caught on size 2 circle hooks! 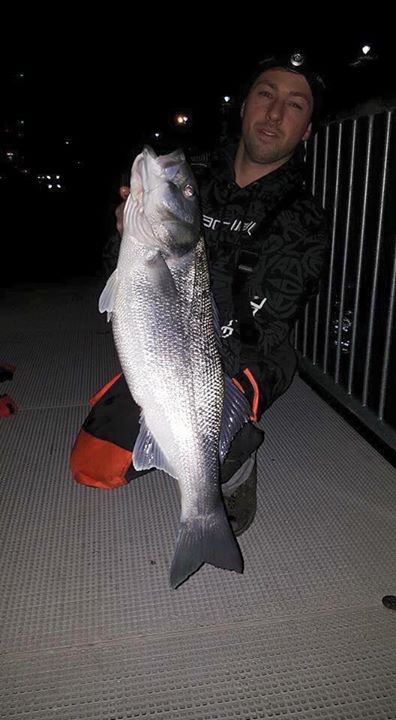 there have been a string of big Bass caught locally and this is unusual for Plymouth especially so many in 2 months! 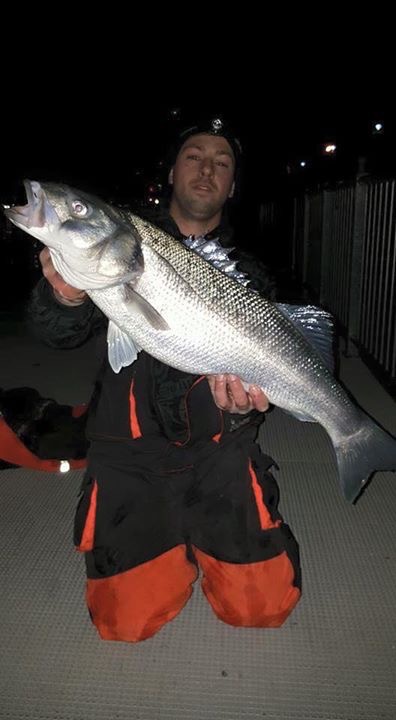 So Plymouth is well and truly on the map as far as specimen upper double Bas are concerned, not to mention the big eels that have been caught and released.

I would expect the whiting and Cod to hang around for a bit and the bas to keep us entertained well into February, 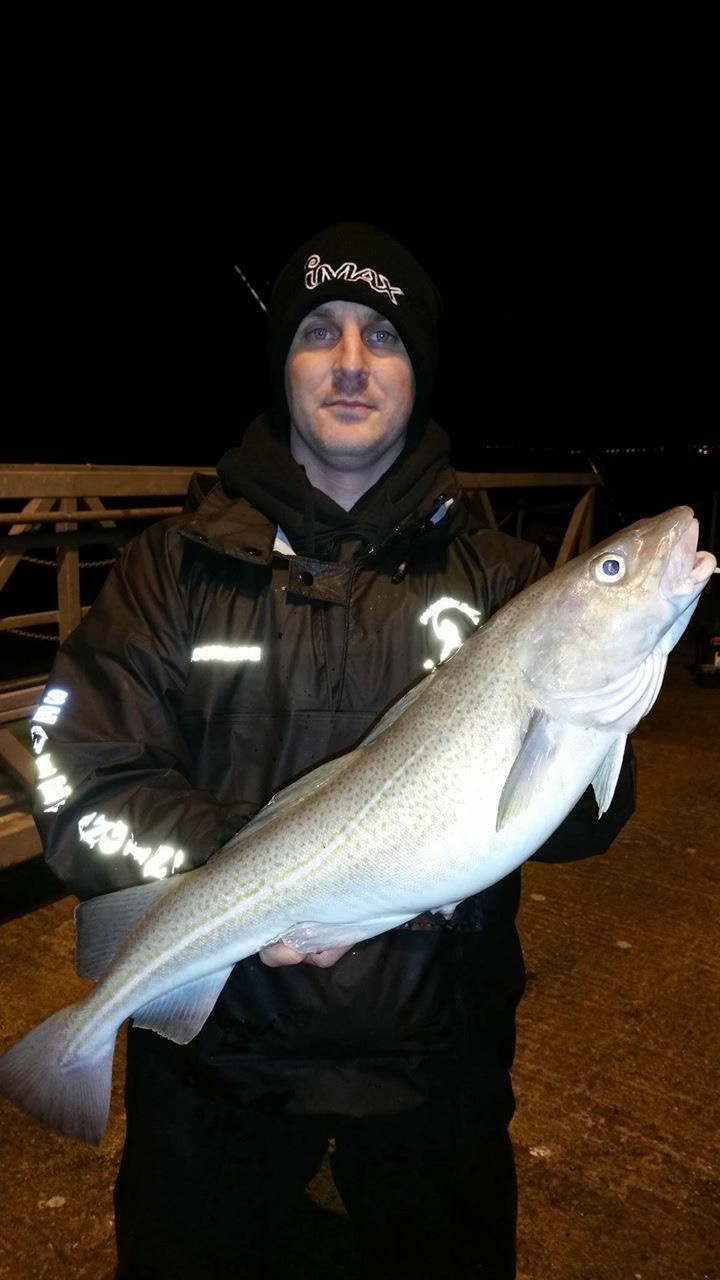 The LRF side have still been caught off guard trying to see what works in the lure box with continual coloured conditions, one man in particular Age Lundstrom has started to record his catches with each lure he uses in these low vis conditions and i will be covering that in a separate little 2 part feature on lure choice in coloured waters… 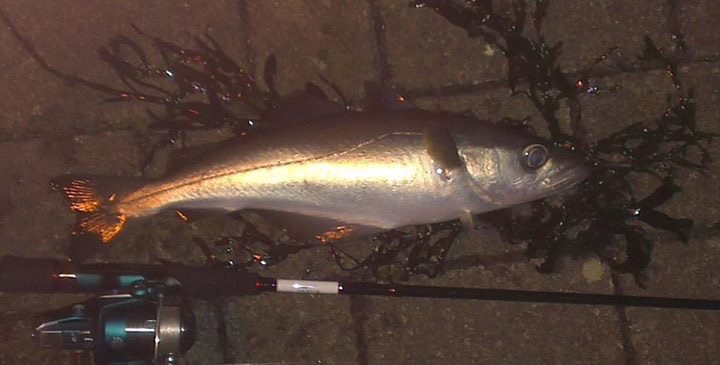 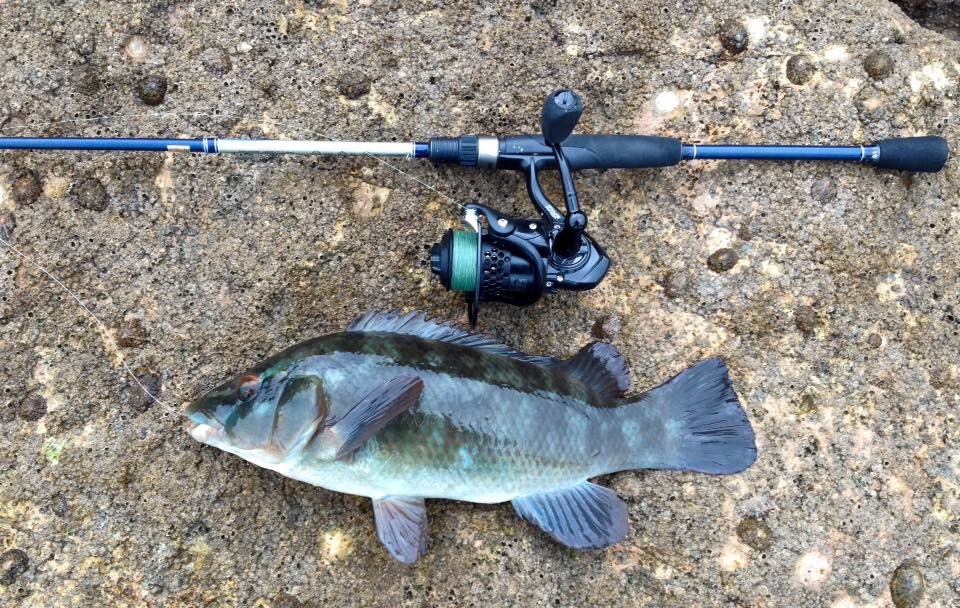 a few intrepid yakkers are finding Bass , and Pollock obliging on the odd calm day here and there, pictured is one man band Kevin Keast who keeps us entertained all year round with his huge pollocks etc :)) 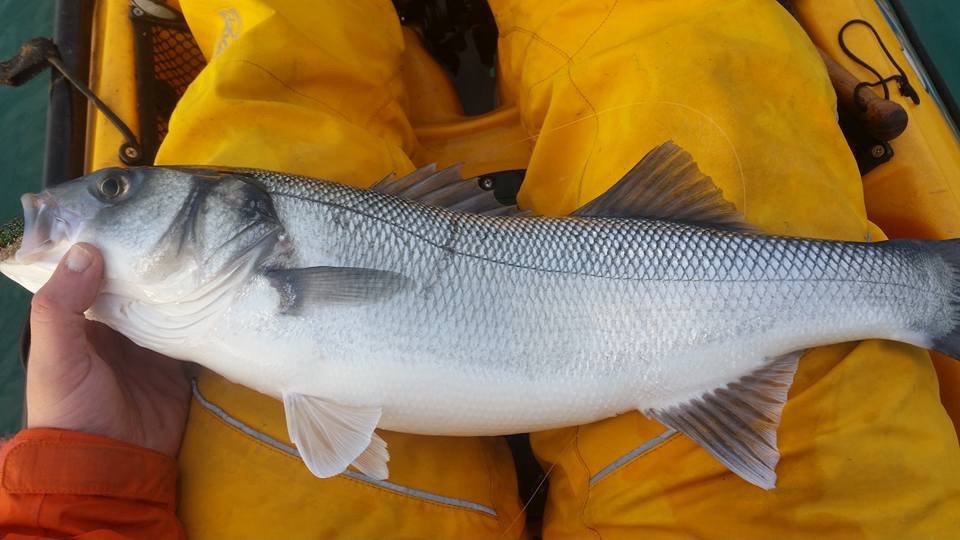 If you would like get daily live updates on what’s being caught in and around Plymouth, follow the link to my facebook page called Bassmans Bounty, where you will find the PLYMOUTH LIVE THREAD…? feature as well as my latest videos/reports/tests/features/competitions and follow my adventures…

Thanks for looking and TIGHT LINES TO ALL…

SUBSCRIBE
Hello All from South Devon! Dogfish and Bacon