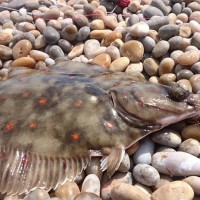 We were expecting Smoothound and ended up with Plaice and Gurnard! I spent the weekend fishing with a great bunch of guys from the North East over the weekend. They had traveled down to fish Chesil, hoping for a Smoothound or two, and maybe an early Bream. Saturday’s fishing was quite tough, with a stiff SW breeze blowing straight into our faces. We had a few Smoothound hook ups, but unfortunately none were landed.

What we got instead was a number of Plaice and plenty of Gurnard, both Red and Tub.

The lads didn’t go away disappointed, as on Sunday they did manage to get a lovely Smoothound of around 9lb. I had a long walk along the beach to Bridging Camp where I spoke to a couple of anglers up there. They had been having a few Codling. It just goes to show even when fishing is tough, you never know what Chesil will produce 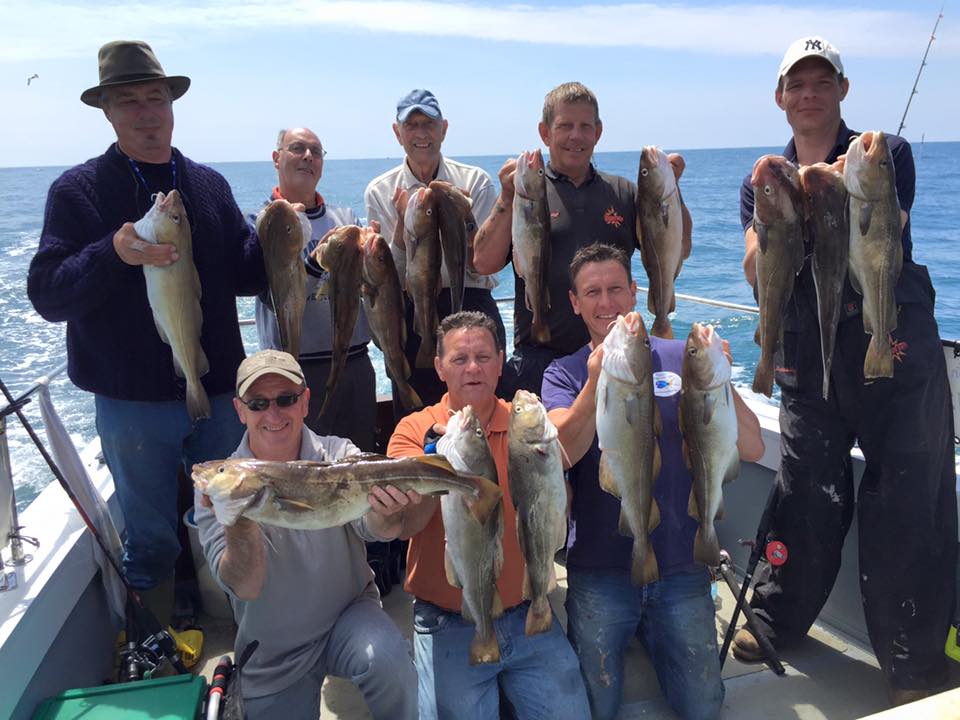 You might be mistaken in thinking that the picture above was taken on a wrecking trip, but it wasn’t. Trad Casey skippered his boat Gypsy in the Weymouth Angling Society monthly boat comp yesterday, and picked up a load of Codling, close to the shore. I won’t blow his mark, but lets just say I spotted him whilst I was fishing on Portland and could almost cast to where he has fishing. The lads had a great day, with some lovely inshore Cod and a bonus Turbot.

Chesil Beach forecast: With the number of Codling around at the moment, it is well worth targeting them. The Usual large baits of Squid, Lugworm or Peeler Crab should tempt them. If you are using Peeler Crab you are just as likely to pick up a nice Smoothound.

There are plenty of Gurnard around at the moment, but the Bream are not so numerous. Mackerel also seem to be quite scarce, but with much more settled weather this week I expect to see a lot more of them.

Portland: I fished on Portland several times over the past few days. I am glad to report that the Pollock were in abundance, as I managed a dozen in no time at all over high water. They were all caught on lures, but were mainly small.

I also had plenty of Wrasse. I tried fishing both with bait and lures. Although the Wrasse on bait were numerous they were all small. I had more luck on lures and the Wrasse did seem a bit larger. 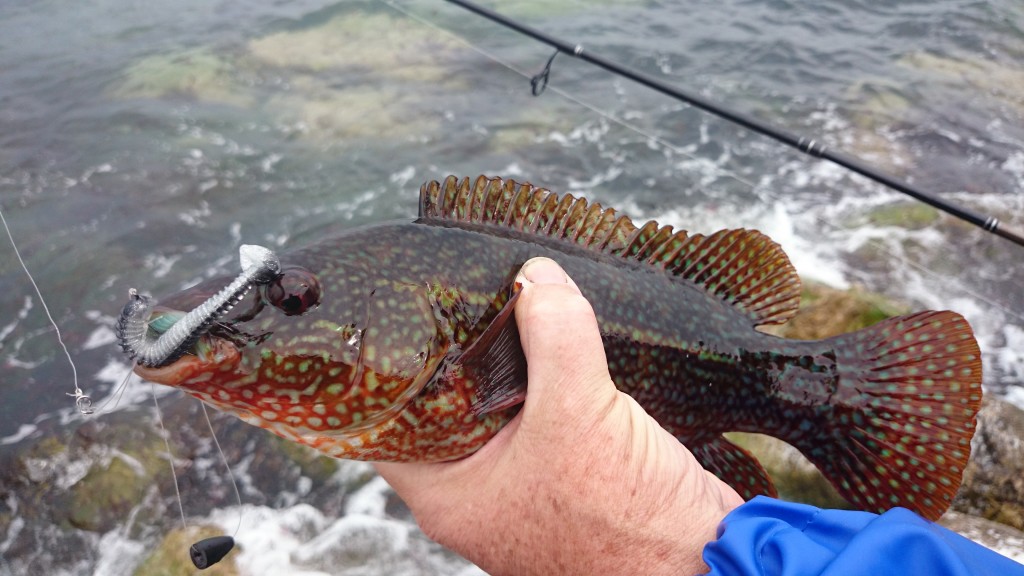 Portland Harbour: The harbour was pretty quiet over the weekend. I did see a couple of anglers fishing around Ferrybridge, but they didn’t seem to be getting much.

4 Responses to "Always expect the unexpected"