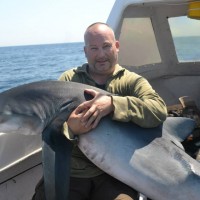 Finally the wind is no longer in the East

When the wind’s in the East, the fish bite the least! I am sure many of you have heard that saying, and to be honest I am not a great believer in it, except when it comes to boat fishing. That is mainly due to the fact that most of the boat marks I fish offer no shelter from an easterly wind. However plenty of anglers believe that an easterly wind kills the fishing. So those that do believe that will be happy, that for at least the next couple of days the wind will be blowing from the prevailing South West.

If the South West wind picks up a bit, as it is forecast to do from this afternoon (Friday), then we will see the wave size increase on Chesil. This should kick up a bit of surf and release a steady supply of food, that should get the fish feeding. It will certainly increase your chance of getting a Bass. It was similar conditions to this, that my friend Paul had a monster Bass last year. 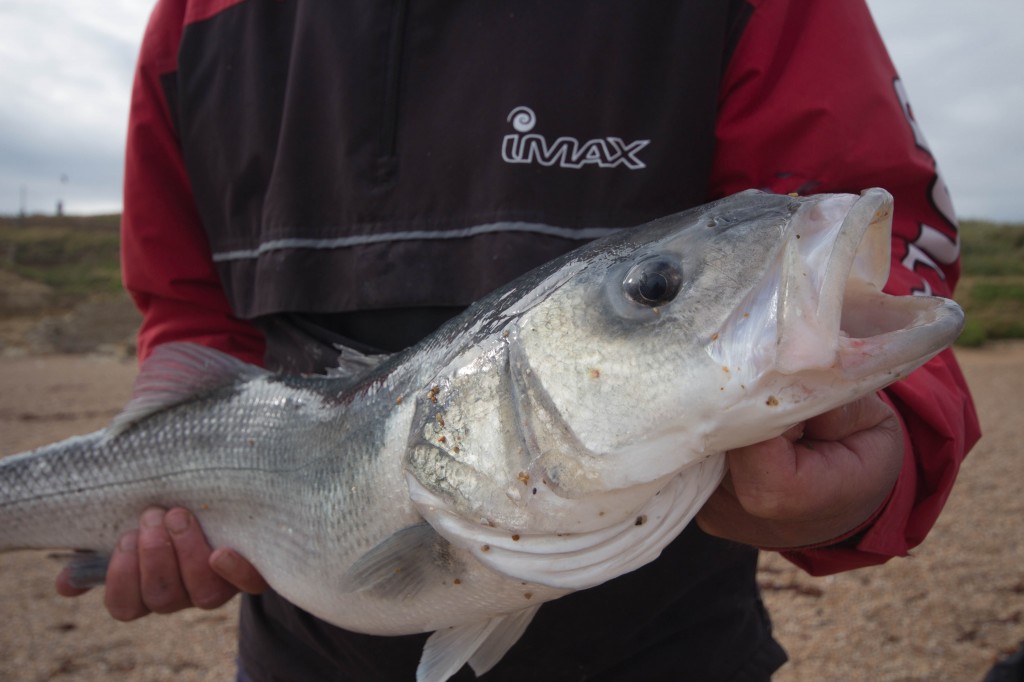 Talking of big fish our photography expert Gavin travelled to Cornwall on an assignment earlier in the week, to photograph and video the capture, tagging and release of a Blue Shark. Once he had finished filming he was able to have a go at fishing himself. Just to prove he can catch fish as well as he can take photographs, Gavin managed to land this Blue Shark that weighed in at just under a 100lb. I am very jealous, but I hope to get out on a shark fishing trip myself. 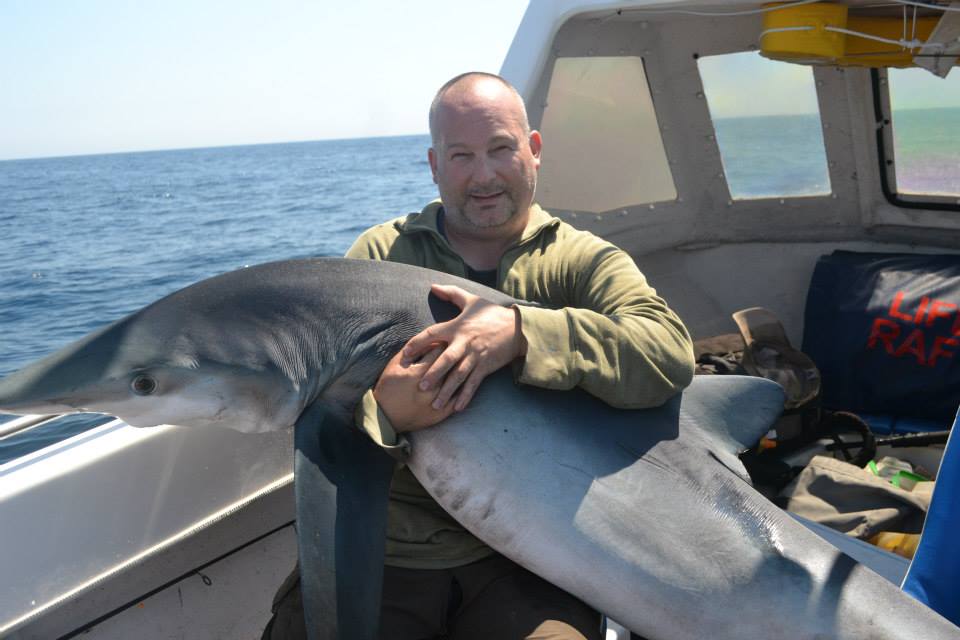 As soon as he has recovered, Gavin has promised to write an article on the trip.

Entries for fish of the month keep coming. The latest was sent in by Jeremy Halford, who had a lovely day out on She Will Do with Skipper Ray Smith out of Poole fishing for Bream. He was fishing with a 14g to 40g spinning rod and a size 4 carp hook and 10lb line for some fun when he hooked somethig much bigger. After a 30 minute battle he landed this lovely 13lb Undulate Ray.

Chesil Beach: Slight chop with a milky tinge to the water.

Chesil Beach forecast: With a bit of surf and a SW wind Chesil should fish well for most of the summer species. The wind may make it a bit more difficult to reach the Plaice that seem to be holding further off the beach. As the water clarity is still reasonable, there is no reason why Mackerel fishing wont be good.

There is a good change of picking up a Ray or Smoothound from Abbotsbury or West Bexington. I have not heard of too many down the Portland end of Chesil this week. I fished the Adelaide on Tuesday, with no success, but conditions were very bright and calm, which is far from ideal.

Portland Harbour: With the tides on springs for the next couple of days, the harbour normally fishes well for Bass and Flounder. Lug or Ragworm will catch them if they are around. Normally I would say Peeler Crab is the best bait, but when the water temperature is as high as it is now, I often find worm baits out fish crab. However none of those work as well as lures for Bass.

Weymouth Bay: Preston is one mark that doesn’t fish as well as when there is an Easterly wind. However I would still expect to see Flounder and Dabs, as well as the odd small Bass landed.

I am very tempted to have a go for the Mullet in the harbour today. It is full of Thick and Thin Lipped Mullet and I have not had a try for them yet.