Fishing Tails > All Articles > Reports > Chesil Beach > Finally conditions look like improving
Plenty of Flounder in Poole if you have the right bait. Plymouth Fishing report 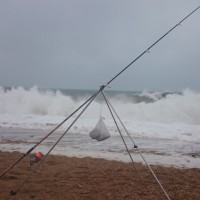 Finally, after what feels like months of wind and rain, there looks like there will be a break in the weather for a few days this week. The problem is that it has come a few days too late for those of you that are returning back to work today.

I had just about lost hope of being able to get out and have a last crack at Chesil, before setting my sites on other marks until spring. Lets hope it is worth the effort, as the results from few times I have managed to get out over the past couple of weeks have been poor. I am not even going to bother targeting Cod, because unless I get very lucky and find a stray one they have moved on now, but there is a good chance of Whiting and large Conger, like the one pictured below caught at a similar time last year. 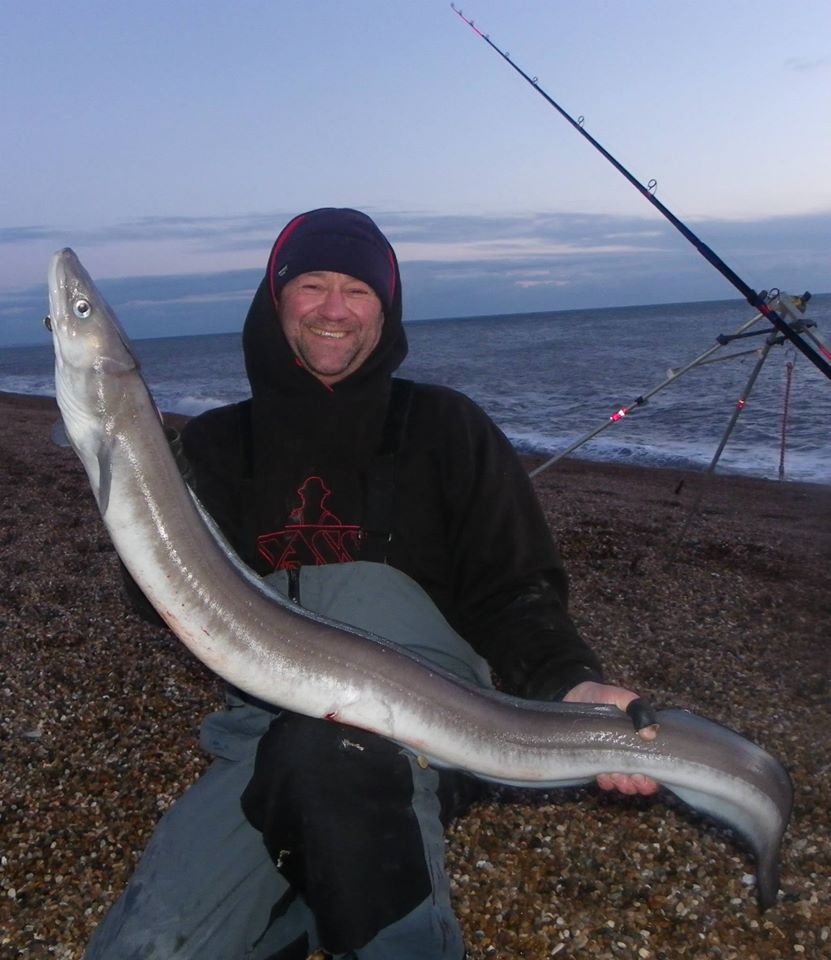 Other marks such as the Bristol Channel, Plymouth and Poole have been fishing far better. We will have reports from Poole and Plymouth this week, as well as a cracking article on Dogtooth Tuna, that I have held back from last year.

I keep seeing lots of pictures of anglers catching and keeping Flounder. I have never tasted Flounder, but have been led to believe that they are muddy in taste and not worth eating. I was also told Mullet were the same, which I know to be untrue. I mentioned last month about running a recipe competition. I would love to see some recipes for Flounder this month, so get your entries for a chance to win. For more details have a look at my Delicious Dogfish post. 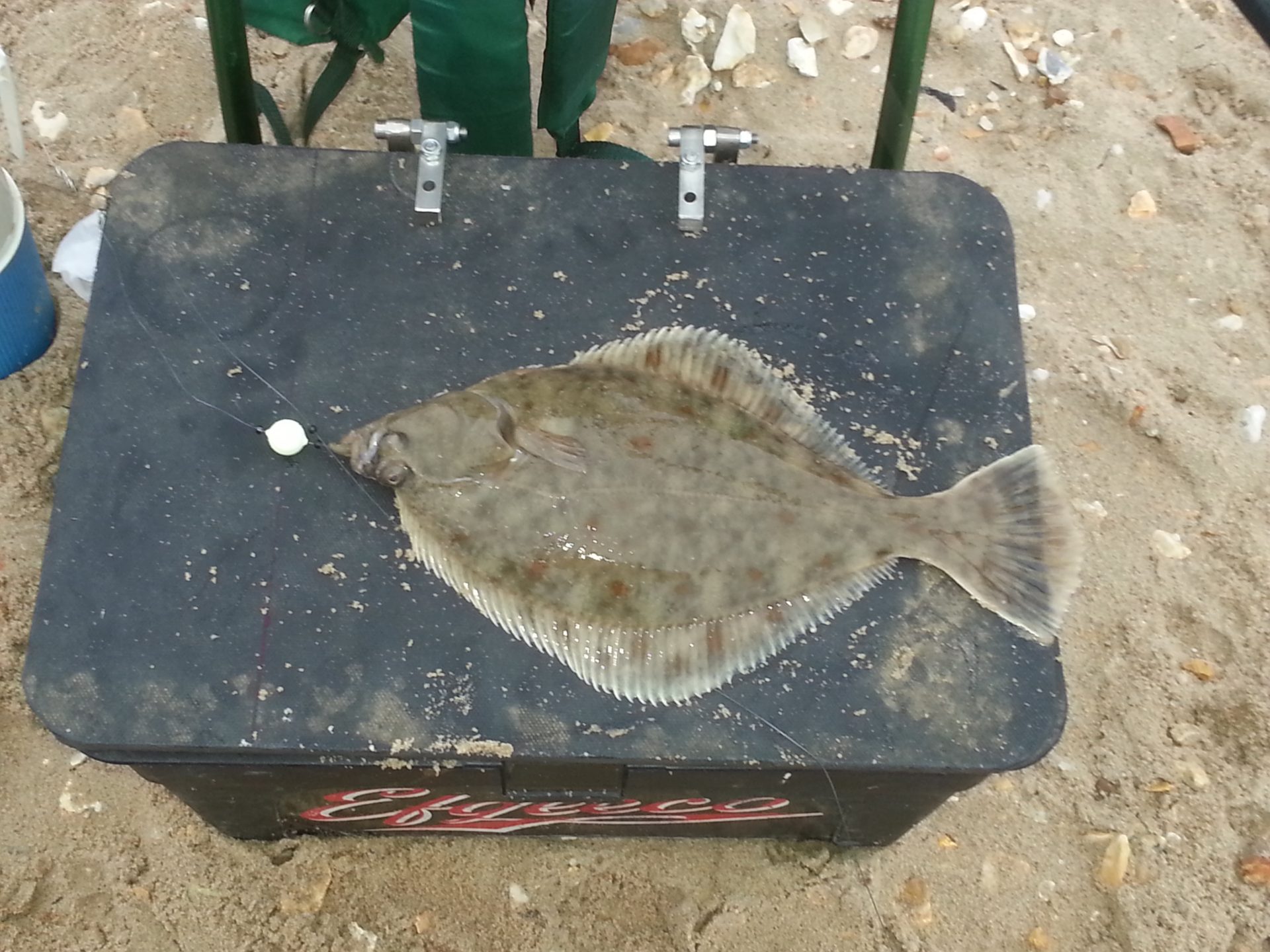 Chesil Beach: very rough with coloured water today (Tuesday) but should calm down

Chesil Beach forecast: Today is one of those days that if you have the time then you should get yourself onto the beach in search of a big Cod or Bass. The water will be coloured, but with the winds now light you should be able to get some decent distance.

Wednesday should also be a good day, with the chance of some decent Whiting being caught as the conditions become much calmer, but the water will remain coloured. I think you will need to bring plenty of bait, as I expect lots of Pout and Dogfish to be around.

I mentioned earlier about the chance of a large Conger. Abbotsbury has been producing some nice Conger for the past few weeks. If you fancy giving it a go then you will need to use a decent Squid or Mackerel bait. Make sure you have a heavy hook length to stop the eel’s biting through them. I like to head left from the car park . The further left you go towards Dragons Teeth, the better the chance you will have of finding a Conger.

Portland: It will take a couple of days to settle down and the water to clear a bit, but when it does I will be out to see if there are any Wrasse still around. Normally most of the Wrasse would have moved off into deeper water, but with water temperatures above average for this time of year, they may still be around. If the water clears enough I will try for them on lures, but it is most likely I will be using Ragworm or hard back crabs fished hard on the bottom, using a rotten bottom rig.

Portland Harbour: There have been a number of nice Flounder caught around Hamm Beach over the past few days. It is always better to fish this mark during the week to avoid tangles with windsurfers.  There is a good change that there will still be some Bass in the harbour. Lure fishing with smaller lures both surface and sub surface will produce the best results.

Weymouth Bay: I mentioned last week that the harbour was full of small Whiting. They are still there and I believe that the Bass are still targeting them. I had a walk along the Pleasure Pier on Sunday and seen a load of small Whiting erupt from the water, as though they were being chased. I have never seen that with Whiting before. Top tip would be to catch a little Whiting and then rig it as a live bait.

If you want to target Flounder and don’t want to travel to Poole, then try Weymouth harbour or Preston Beach. Ragworm will be the best bait, or for those like myself that love lure fishing, then try using very light soft plastic lures, twitched back across the sea bed.

SUBSCRIBE
Plenty of Flounder in Poole if you have the right bait. Plymouth Fishing report