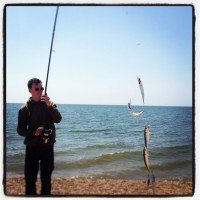 Despite the May water, fishing has been reasonable Dorset. Even the Mackerel seem to be around in good numbers at the Portland end of the beach. Sam Ritson sent me his entry for Fish of the Month it clearly shows that he was able to catch Mackerel despite the amy water. 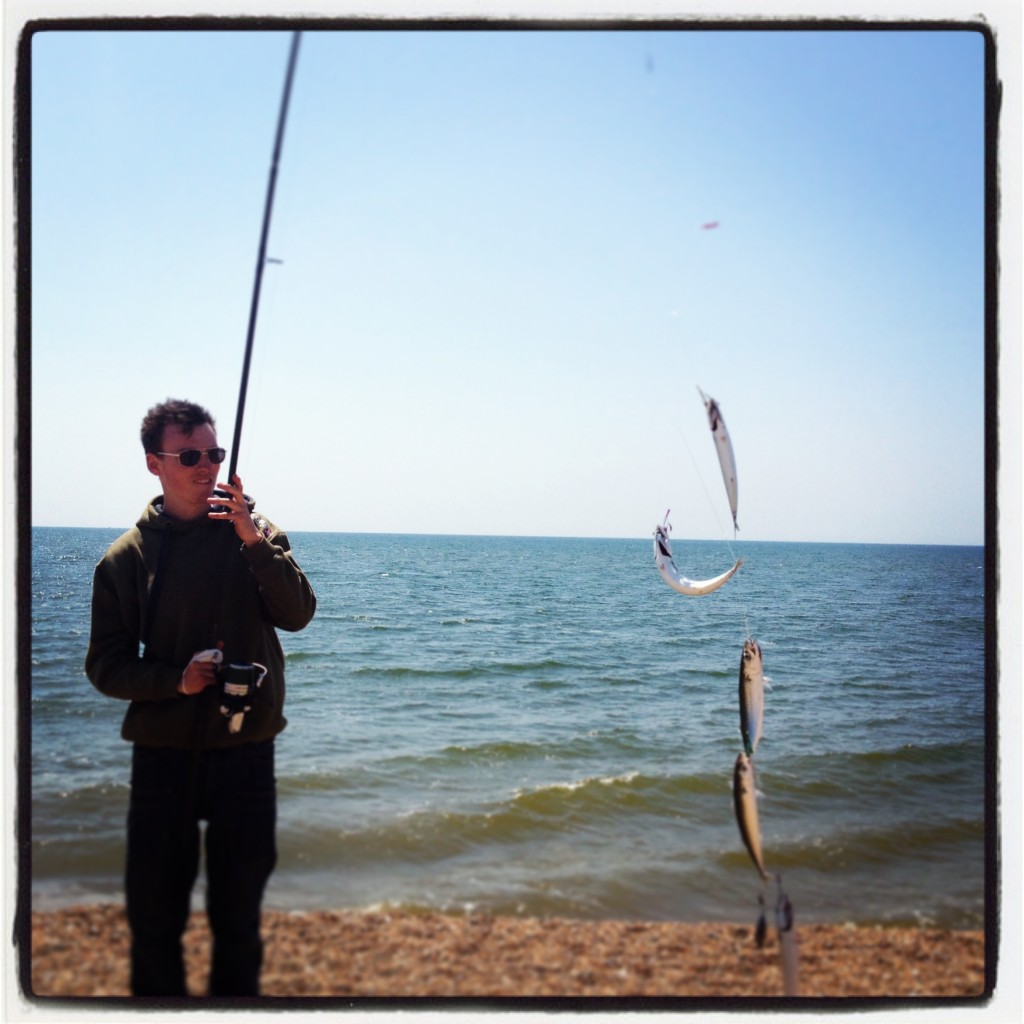 I fished all day yesterday on lures and had a great day. Plenty of Wrasse on soft plastics around the Bill. I was amazed at the amount bait fish around. I spotted thousands of small Sandeel and the bird activity suggested that there was a lot of Bass around.

If the May water does not get too thick then fishing should be good this weekend. Nice tides and NE winds will make Chesil a pleasant option.

Chesil Beach forecast: Having a look at the beach first thing this morning leads me to think that it could be a good day. Plaice are still coming in reasonable numbers down at Bexington with a few Bream starting to show on the Adelaide at Ferrybridge. Wrasse and Pollock are the main species being caught at the Portland end of the beach

Portland Harbour: Plenty of fish showing in the harbour now. Bass and Flounder from all along Hamm Beach and the marina area.