Fishing Tails > All Articles > Reports > Chesil Beach > Better order your bait, it is going to get busy
The Art of Squid Fishing (Eging) A very disappointing weekend for most 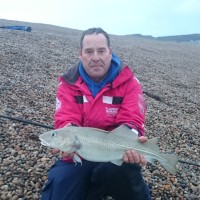 Better order your bait, it is going to get busy

Conditions are near perfect this morning on Chesil. There is still a strong surf running with waves and swell of almost 2m, so take care but the wind has dropped and switched to the North West. The water is coloured and the Cod are there. I went down at dusk yesterday for half an hour and lost a decent Cod in the surf. Dan Brownley managed a couple of nice ones from Abbotsbury yesterday and I can only see it being better today.

There is another blow coming through tomorrow with 35mph winds from the NW, gusting to over 50mph. As it is blowing from the NW it will be blowing along the beach. This is going to make casting fairly difficult until late afternoon when it drops off. Sunday will see much lighter winds. If you have not booked your bait, I suggest you do it as soon as possible as I know there will be a lot of people coming to Chesil in search of a Cod.

I followed my own advice on Monday and grabbed a window of opportunity. I opted to fish at the Ferrybridge end this time. Conditions were tough as there was a lot of weed in the surf that was running out about 30yds. Most of the time the bait was being grabbed by Dogfish and Whiting within seconds, or the line was weeding up and being buried under the shingle. After losing 3 sets of gear I was starting to pack up when a mate arrived. I decided to stay on for a bit and I am glad I did, as the Cod started feeding. 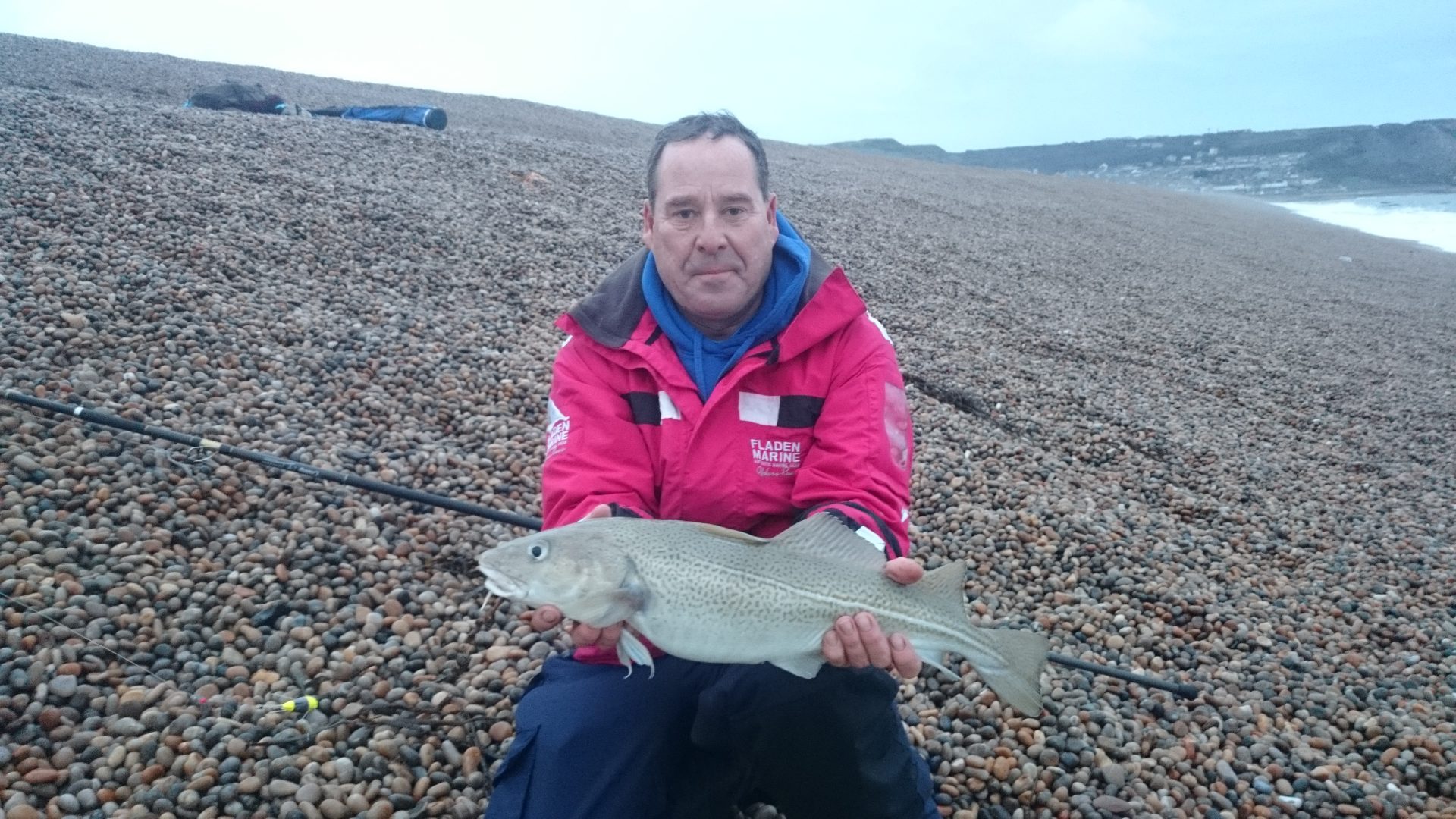 Chesil Beach forecast: For the most part Chesil will be a Cod target with Whiting, Dogfish and Pout present. My mate had a couple of Thornback Rays yesterday, so they could be on the cars as well as Bass. It will be tough fishing and if you are a poor caster, I would think about going elsewhere.

Best baits will be Lugworm, Black Lug, Peeler and Squid.

Portland: Coloured water does not make for easy fishing anywhere around Portland. However having said that, if you are prepared to lose tackle then have a go with large fish baits for Bull Huss and Conger on the east side of the Island. Take care to not go near the waters edge as the swell is large and dangerous.

Portland Harbour: We have a couple of more days of decent tides that will produce some nice Bass fishing in the harbour. As the week progresses and the tides get smaller the Wrasse and Flounder can still be caught on Ragworm baits.

Weymouth Bay: If you need a fishing fix then Weymouth piers or Preston Beach will provide a sheltered mark. I am still hearing reports of Squid from the piers as well as plenty of smaller species.

2 Responses to "Better order your bait, it is going to get busy"