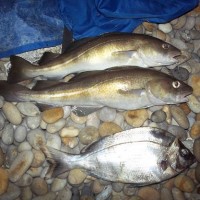 We have now entered my favourite months in the fishing year. For the next three months the fishing will be at it’s best. This summer has been exceptional for a number of species including Bream, Gurnard, Red Mullet and surprisingly Cod. For the next couple of months the fish will be more prolific and bigger, as they feed up to put as much weight on as they can before heading offshore for the winter. 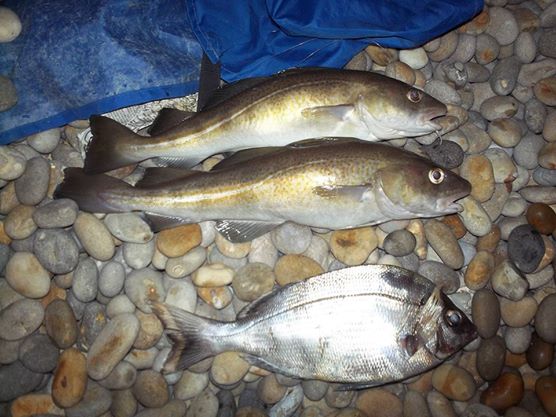 I want to share a picture with you of a fish that was caught by my friends son James McKendry. 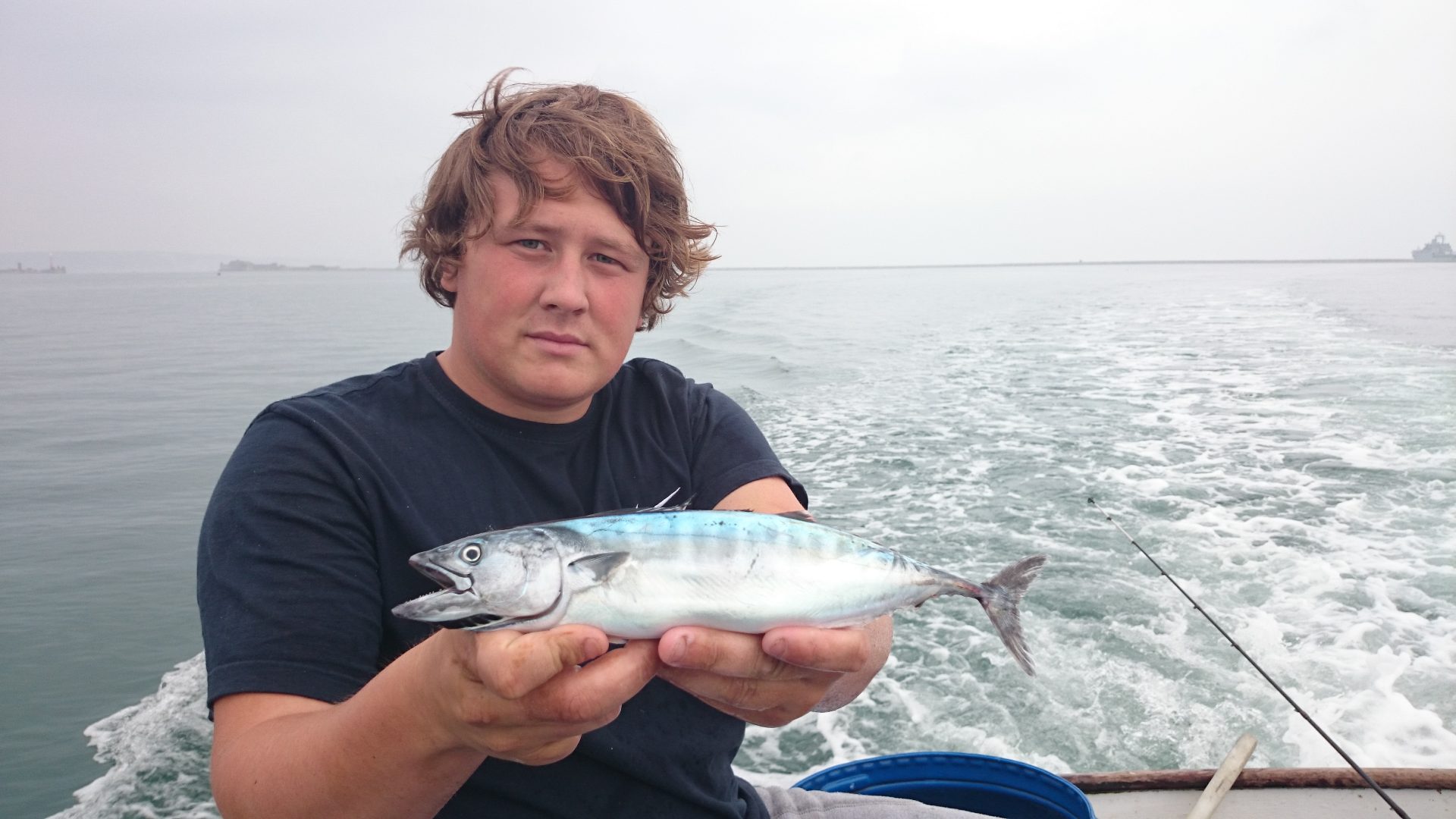 This is not the first one of these I have seen this year, we had one whilst feathering for Mackerel of Portland Bill, but it fell into the water before I had a chance to photograph it. Quite a few people have suggested that it is a Spanish or Chubb Mackerel, as shown in this illustration. 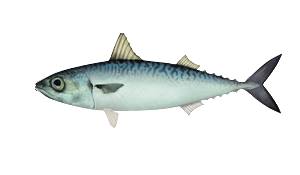 I have seen quite a few Spanish Mackerel over the past few years, and I don’t think that it is one. One of the replies that I seen on James’s Facebook page that came from Wayne Frapple was that it may be a Juvenile Atlantic Bonito.

It certainly looks like one to me. If that is the case then we could be ever closer to seeing regular catches of Tuna in this area. Bonito are not like the huge Bluefin Tuna, and only grow to around 12lb, but having caught them in Florida I can tell you they are spectacular fighters. I would love to hear your opinion.

It may be that the fishing is so good at the moment due to the amount of bait fish that seem to be around. I can’t remeber seeing so many as this year. That has to be a good sign.

Chesil Beach: 1m swell with a medium chop, the water is almost clear.

Chesil Beach forecast: If you get the chance then this has to be one of the best marks to fish at the moment. there are loads of Mackerel and Scad all along the beach. Codling in good numbers from the Weymouth and Portland end of the beach. They seem to be getting bigger each week like this 4lb Codling from Ryan Casey. 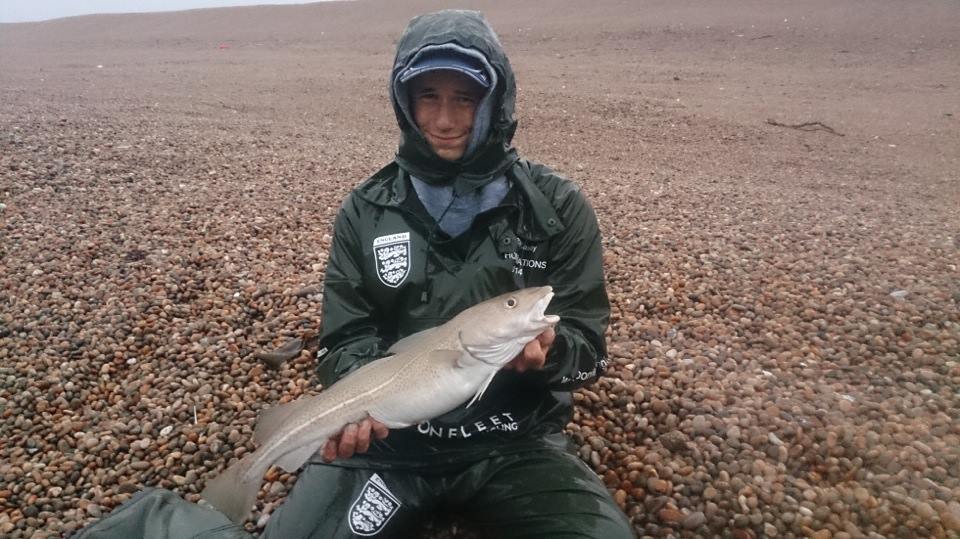 The Bream fishing is amazing at the moment with boat sized Bream being landed. Best bait is Ragworm tipped with Squid.

Portland: It is good to see more Pollock about again. I have had a few from the rocks in the past few days. Wrasse fishing has been exceptional as well this year and I can’t see it slacking off until November.

One Response to "Bait fish everywhere"