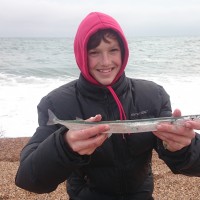 The winds we have had over the past 24 hours, have been strong enough to create some rough sea conditions. It is not enough to really stir things up, but it is enough to make fishing Chesil very interesting today and this evening (Friday). However by tomorrow morning the light SE winds will have calmed everything down again and the water will be almost clear.

Get out there this afternoon if you can, you will have a good chance of a decent Bass close in, as well as some Cod further out. A Mackerel head or whole squid cast no more than 20yds out is by far the best bait for Bass. The Cod have been a bit fussy so far this year. It seems they will take a different bait every other day. You can’t go wrong with Live Peeler Crab, Lugworm or Black Lug.  Regular contributor Robert Raybold was out this week and as usual he managed to find some nice Cod. 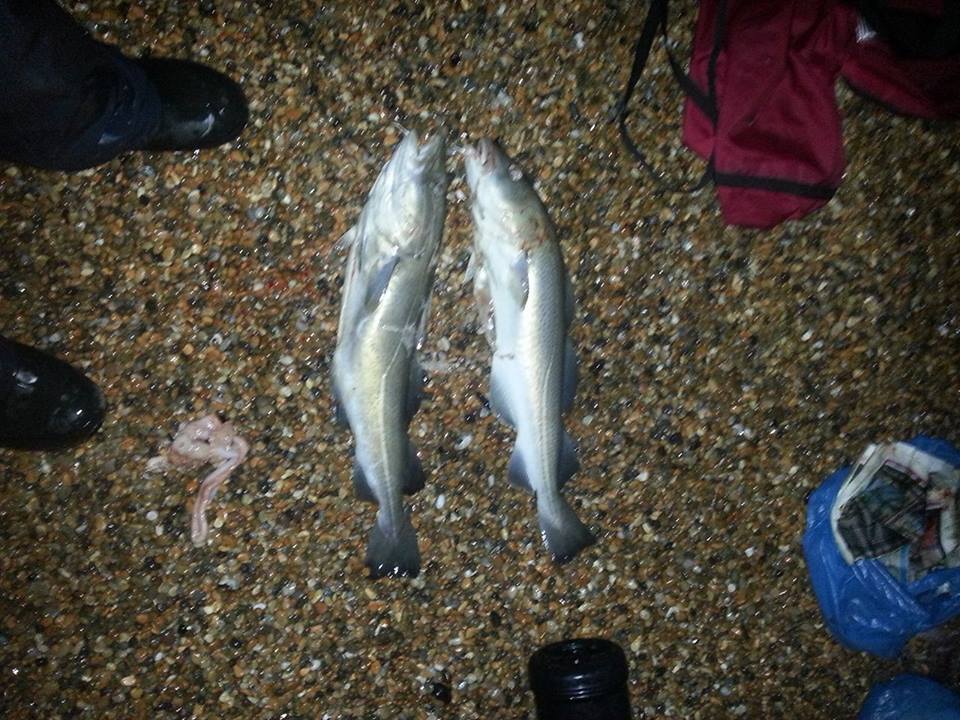 Earlier in the Week I took 14 year old Henry Parker on a guided session as part of his Duke of Edinburgh bronze award. I have rarely come across anyone who is more enthusiastic about fishing than I am. Despite far from ideal conditions we had a great day catching Plaice and filling the gap by catching Garfish on light tackle. 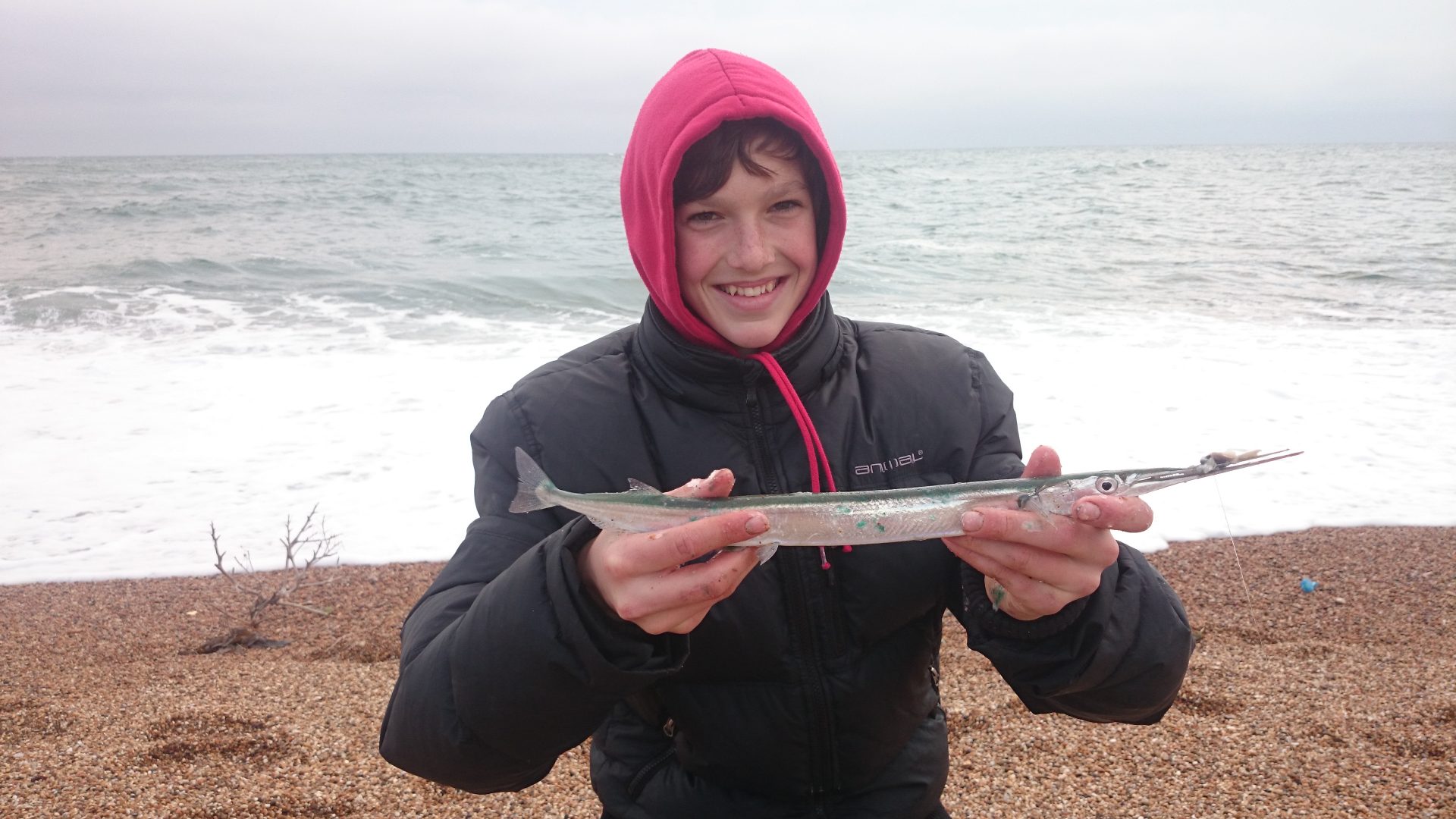 I know from numerous reports along the South Coast that the Squid have arrived. On Sunday I was out on Weymouth charter boat Snapper for a reef fishing session. On the way home we stopped off to try for some Squid. Although we didn’t stay for more than one drift, we all thought that there was no Squid about. I put my WaterWolf underwater camera on in the hope of seeing a Squid take one of the lures. When I got home I was more than a bit surprised when I looked back at the footage. I have edited it into a short and shaky video that you can look at below. Squid expert Mar Lon tells me all I needed was a few more short jerks and I would probably have had some hook ups. We will have a full article from Marlon next week on Squid Fishing. Luke will be running a short Squid fishing trip on Snapper this Sunday. For more details give him a call 07833 492948

Over the past 6 months we have been busy reviewing numerous items of tackle. We don’t just give it a quick flick and tell you how great it is, we actually get out there and test the kit to its limit’s and sometimes beyond. If we do break it, we see how good the customer service is from the tackle supplier. Now it’s time to start rolling out the results of our testing and in case you missed it yesterday, we started with a lure rod from Yamaga Blanks. Have a look at this link to the Yamaga Blanks Early Plus

Chesil Beach forecast: Get out on the beach as soon as you can to make the most of this short period of rough weather. The beach will fish best for Cod towards the Western end where it will be the most coloured. Head towards the Ferrybridge end for Bass close in.

Night tides are likely to produce Cod and Whiting tonight and if you are lucky on Saturday. After that it will be Dogfish and Pout.

Day sessions on Saturday and Sunday should produce Plaice from Cogden, West Bexington  and Abboatsbury. There is always the chance of a larger Plaice near the bird sanctuary at Ferrybridge. Garfish should be plentiful and there is still the chance of Gurnard and Bream

Portland: I would advise keeping away from the rock marks today. Once it settles down again, I would expect the Wrasse fishing to be good again.

Night tided should produce some large Conger. The ledges around Portland Bill are fairly easy to get to and are close to the water. Take care at night and wear some sort of flotation device for your safety.

Portland Harbour: A number of Bass have been caught from the harbour this week as well as Flounder. The smaller tides are not normally so productive, so it might be better looking elsewhere this weekend.

Weymouth Bay: As you can see from the video above, the Squid are here. Both Piers fish well for Squid and there are lots of other species to catch if the Squid are not around. Night sessions on the pier are great for Pout and Pollock, with the odd Bass always a possibility.

Daytime fishing is just as productive, but with the bonus of more species.

5 Responses to "A small window"