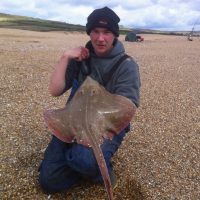 Chesil was not really the place to be this weekend, except for a very few anglers that did well. But for those anglers it was well worth the trip. Fishing Tails photographer Gavin, asked me to join him for a Plaice session yesterday. After asking around and reading a number of reports, I was less than enthusiastic about meeting him at Cogden. Maybe it was my lack of commitment, or more likely the fact that there were very few fish around, but we didn’t do very well at all. In fact I was saved from a blank by a small Whiting. It was a similar story all around us, with only a couple of Plaice and Dogfish caught.

Ben Hackett, had a couple of sessions over the weekend. He had dozen’s of Dogfish, that took just about every type of bait he had. He did manage a small Smoothound and ended up with a surprise Cuttlefish.

The catch of the weekend from Chesil, has to go to Simon Clutterbuck, who fished in the Three Counties SAA club match at Cogden on Saturday. He managed this lovely 11lb 12oz. Small Eyed Ray to win the match. It also broke the club record. It just goes to show, no matter how tough the fishing can be, Chesil has that special ability to throw up an excellent fish. 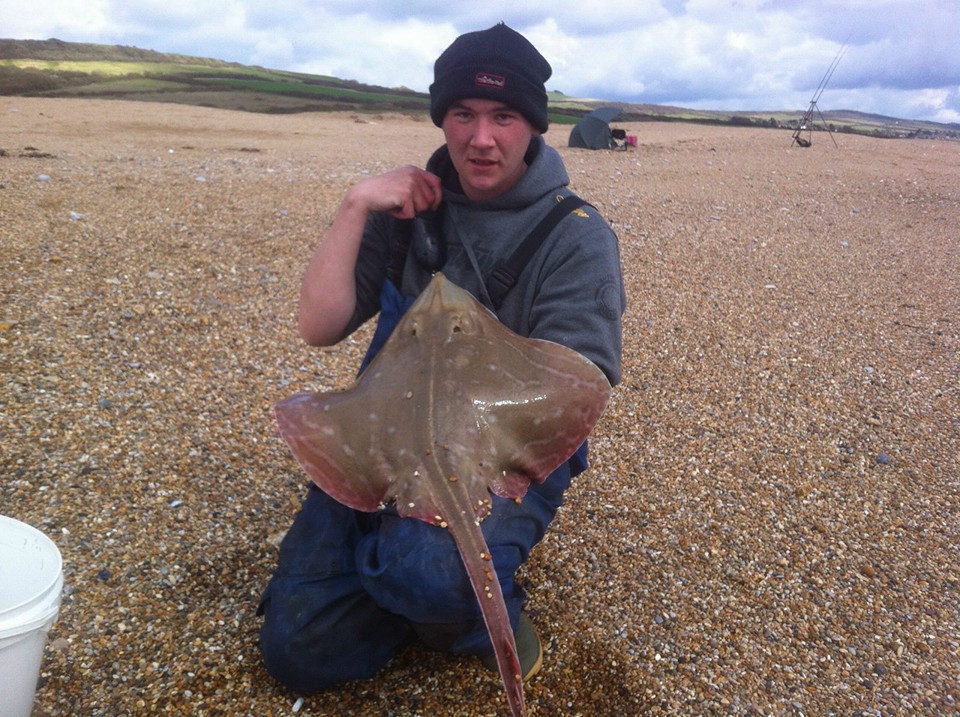 Talking of excellent fish, Ben Stockley is in the news again. After catching a number of great Rays from Chesil the previous week, Ben decided to have a go from a Purbeck rock mark. He landed a stonking Bass of 13lb 6oz. before going on to catch another of almost 5lb. 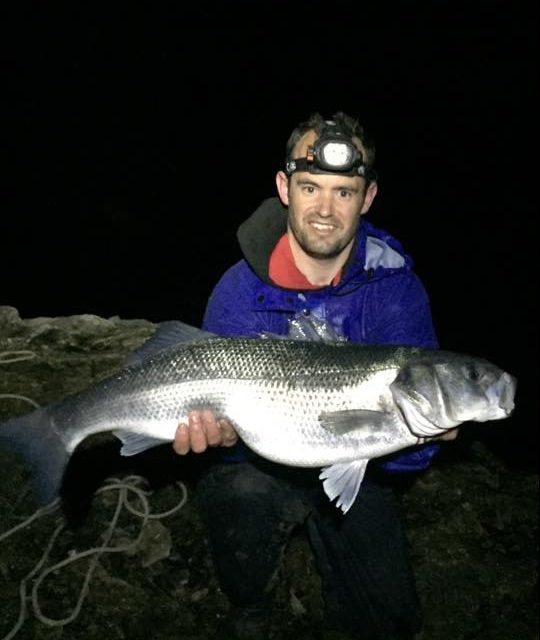 We were a bit quite on the site last week, but this week we have some great reports and articles to come. Regular contributors Leo and Paul Bassman Gordon, have reports from their patches in Poole and Plymouth. We also have an article on Bass flies from one of the top saltwater fly tiers in the country. I am certainly looking forward to the Bass season starting and I will be concentrating on catching some on the fly.

Chesil Beach forecast: If you decide to fish Chesil then I hope you have more success than I did. With some colour still remaining towards West Bexington, you can expect a mixed bag of Dogfish, Plaice and small Whiting. The clearer water towards Portland will give you the opportunity to add Mackerel to the species you are likely to get.

Crabs are starting to become a nuisance, as we suffered several snoods being snipped off. The plus side to this news is that it normally means the Smoothound will be in soon. Best bait to target them is live Peeler Crab or Hermit Crab. Stick with Ragwork for Plaice on long flowing traces.

Portland: I did manage to have a guiding session last week for Wrasse. There are certainly plenty around, but on the day they were not keen on taking lures. We only managed to get a few knocks on the lures, but we were more successful on bait. Tides look very good towards the middle and later part of the week, to have a go for Pollock on lures. Dusk will coincide with high water.

Portland Harbour: It is still slow in the harbour, with very little sign of the bait fish. Dare I say it, but Flounder seem to be the only option from the shore there at the moment.

Weymouth Bay: I had a short session for the Mullet on lures last week. There were lots of fish in the harbour, but most were uninterested in feeding. However a few more aggressive fish did break away from the shoal and chase down the mepps. This certainly got my adrenalin flowing. I am heading there this morning for another go at them.

3 Responses to "A mixed bag"