Fishing Tails > All Articles > Reports > Chesil Beach > Winter Whiting
Had enough of Cod, how about some Plaice fishing? Size Matters 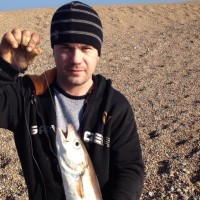 Whiting fishing has been pretty good over the weekend, and Chesil fished pretty much as I expected it to do, with the exception of the lack of Plaice. However I am going this morning to see if I can hunt a few down. What was in good supply were Whiting. To some the numbers were just too many, with most Cod baits being ripped to bits with small Whiting.

Whiting are one of the more prolific fish that are available in the winter. I always associate Whiting with cold calm clear nights, but they can be caught in most conditions. They are predominantly nocturnal feeders, and as soon as the sun drops the Whiting move closer to shore. Best baits for Whiting are strips of Mackerel or Squid fished in size 1 or 2 hooks, and can easily be caught on a flapper rig. You don’t normally have to cast very far, so they are ideal for novice anglers to target. Occasionally you can pick up a big Whiting and they often come during the day, just as this 2lb + fish did for Lee Hayler. 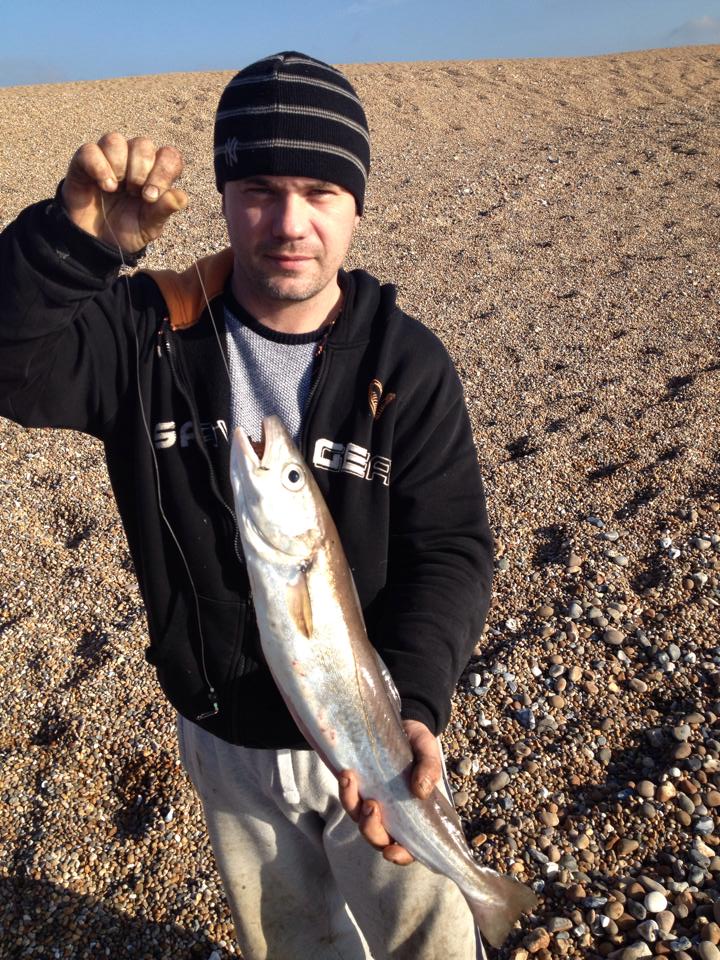 Good flounders are still being had from all marks in the harbour. Catches of two and three fish per angler are not uncommon with some flounder reaching nearly 3 pounds in weight!
Distance has proved it’s point again. After speaking with tom a fishing buddy of mine. He told me he had five flounders and the maximum distance he was casting was about 25 feet that’s about 8 metres in new money.
Good bass are also being caught feeding in the shallows as one of tom’s party  caught a nice one weighing in at  5lb 3oz.

Building work continues at Shore road and the stream of groundbait continues. The trick to catching here is to keep mobile and be prepared to move with the tide staying downstream of the building work. This is where the fish will be waiting. Mopping up any morsels of food washed downtide along the beach.

SUBSCRIBE
Had enough of Cod, how about some Plaice fishing? Size Matters