Fishing Tails > All Articles > Reports > Poole Harbour > Ray of Sunshine
Where are the Mackerel How will leaving the EU effect us as anglers? 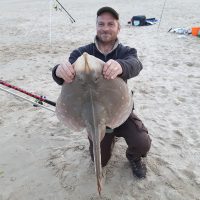 Further to my thoughts last week on how well the local beaches are fishing for all the ray species but specifically undulate ray. My mate Simon Bristow and his pal Phil came down from the Bristol channel to Poole to see if he could bag his first ever undulate ray. Undulates are a bit of a rarity up the Bristol channel way. So given the amount being caught around here he decided to have a bash at one our local beaches.

Over the last set of spring tides the best of the ray fishing has been a few hours before or after slack water at high or low tide. This weekend we were on neaps with very little tidal movement. With the pride of Poole at stake. Could i produce an undulate in the very testing tidal conditions. Arriving at six pm the beach was packed with party goers and barbecues. Not exactly peaceful conditions. Still it’s not just our beach so we have to share.

Blasting out a single large Sandeel on one rod and worm on the other rod both with long traces .We sat back and waited with eager anticipation. So we waited and waited. 7 o’clock came and went. As did 8o clock. Eight rods and four anglers. Without so much as a sniff.

At 9pm I reeled in my worm bait and replaced it with peeler crab as dusk was approaching and the hounds may come in under the covers of darkness. The same Sandeel bait came in untouched! If a little worse for wear after the crabs had done their damage. Then got cast out again. Around 9.15pm the Sandeel rod nodded and continued to bounce around as the sweepstake started as to what it could be as it quite clearly wasn’t a ray!!!

School bass, gurnard, pout and dogfish and other abusive terms I received as I picked up the rod. I took up the slack and leaned back. I broke the lead out. Nothing. A few more turns on the reel and the rod bowed over, thump ,thump, thump as a good ray swam uptide shocking us all with its tentative bites. After a bit of gentle persuasion. Simon landed me a perfectly conditioned small eyed ray. Not the undulate I had promised or expected but welcome nonetheless. 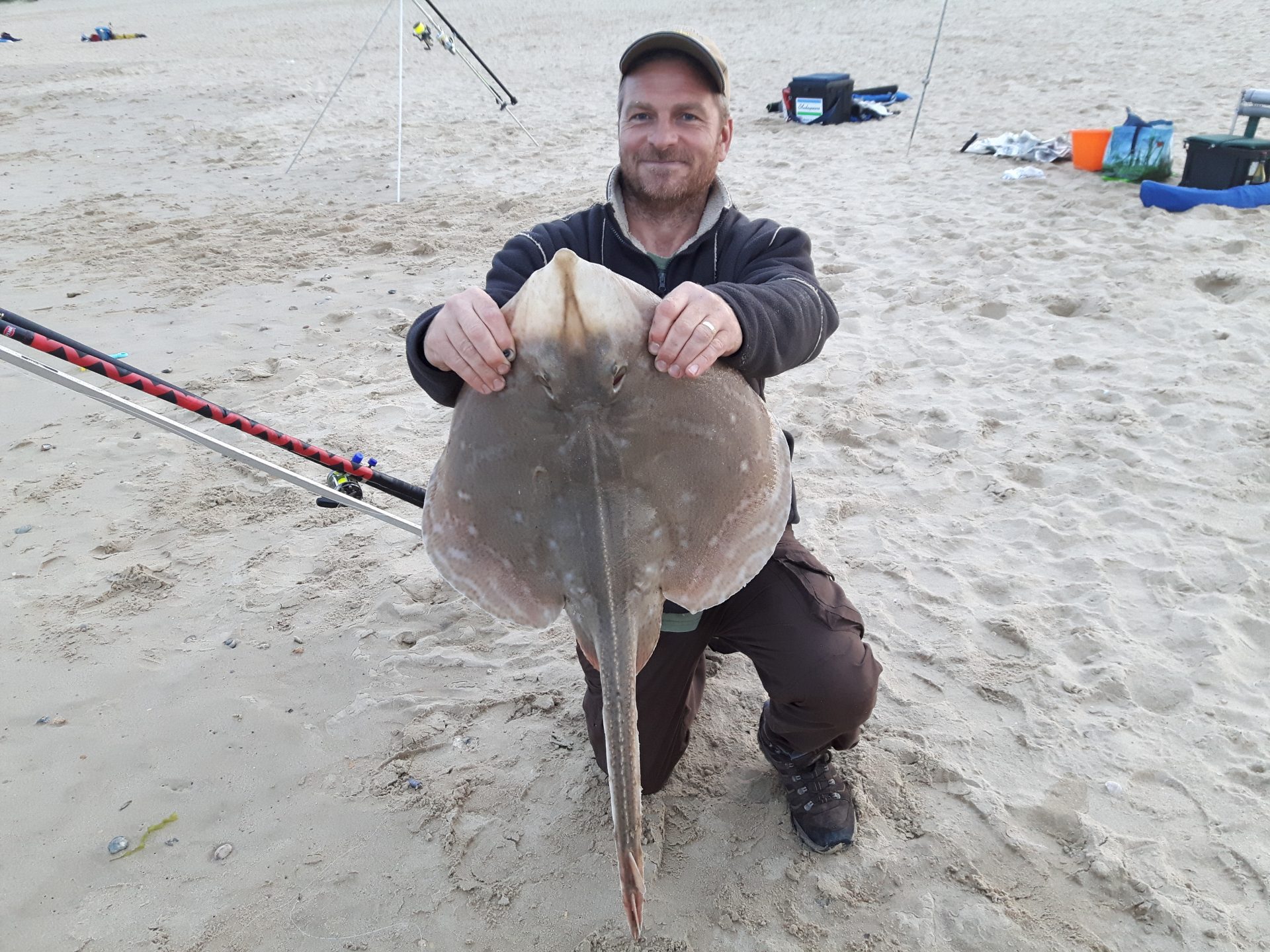 I would like to say that was the start of an epic fishing session that we would never forget. However it was not the case and at 11pm me and Martin packed up. No more rays or even smoothound between us.

The next morning I checked my phone to find a couple of messages from Simon. After we had left. At around midnight Simon and phil started packing up for the long drive home. Both leaving one Sandeel baited rod out they had simultaneous bites on the last cast resulting in a 9lb 4oz small eye for phil and an 9lb 14oz undulate for Simon. His first and best undulate to date. Well done lads good effort. Just goes to show perseverance pays off. 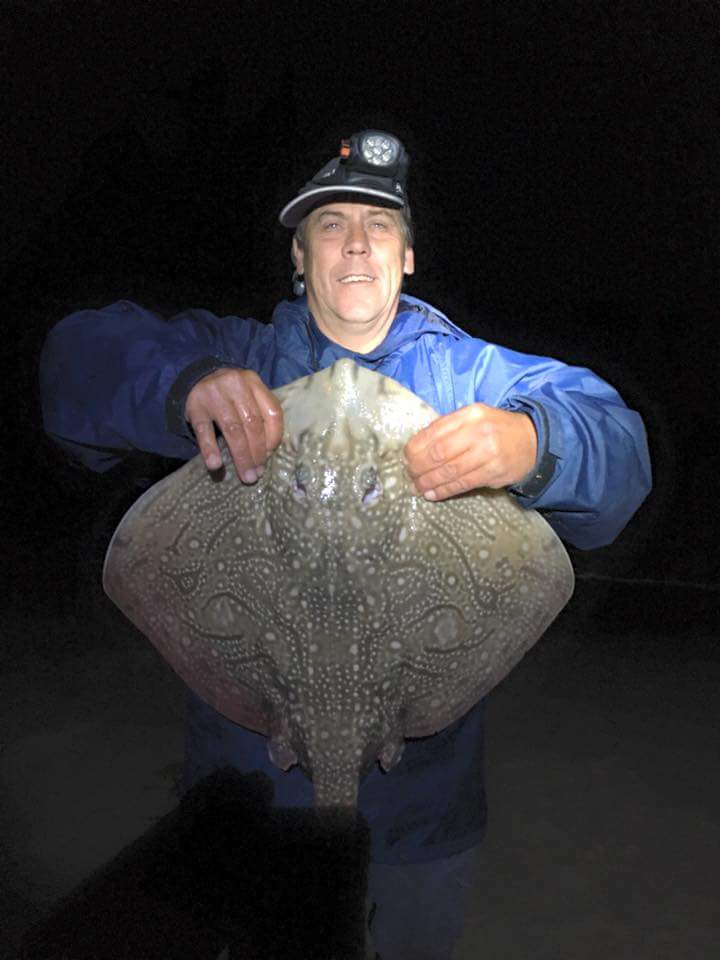 Speaking of perseverance a massive well done to Tom whartnaby who was joined by Gareth Griffiths and Lee Jones. Two very talented anglers from wales. They had a mammoth session starting 2 am Saturday morning and continuing on until 1pm on Sunday morning. Fishing several different local venues that included Milford shingle bank and steamer point.

Their fishing catch was short of unbelievable! Blonde rays to 7lb 4oz, undulate rays to 11lb 6oz, small eyed ray to 9lb 14oz, bass, smoothound, dogfish, congers, blennies, gobi especially, wrasse, congers and 32 good sized bream. Truly an epic session. Both in time and in numbers and size of fish. I spoke to Gareth and he commented that the fishing was made better by the scenery. I couldn’t agree more!! We live in a beautiful part of the world. We’re very lucky! 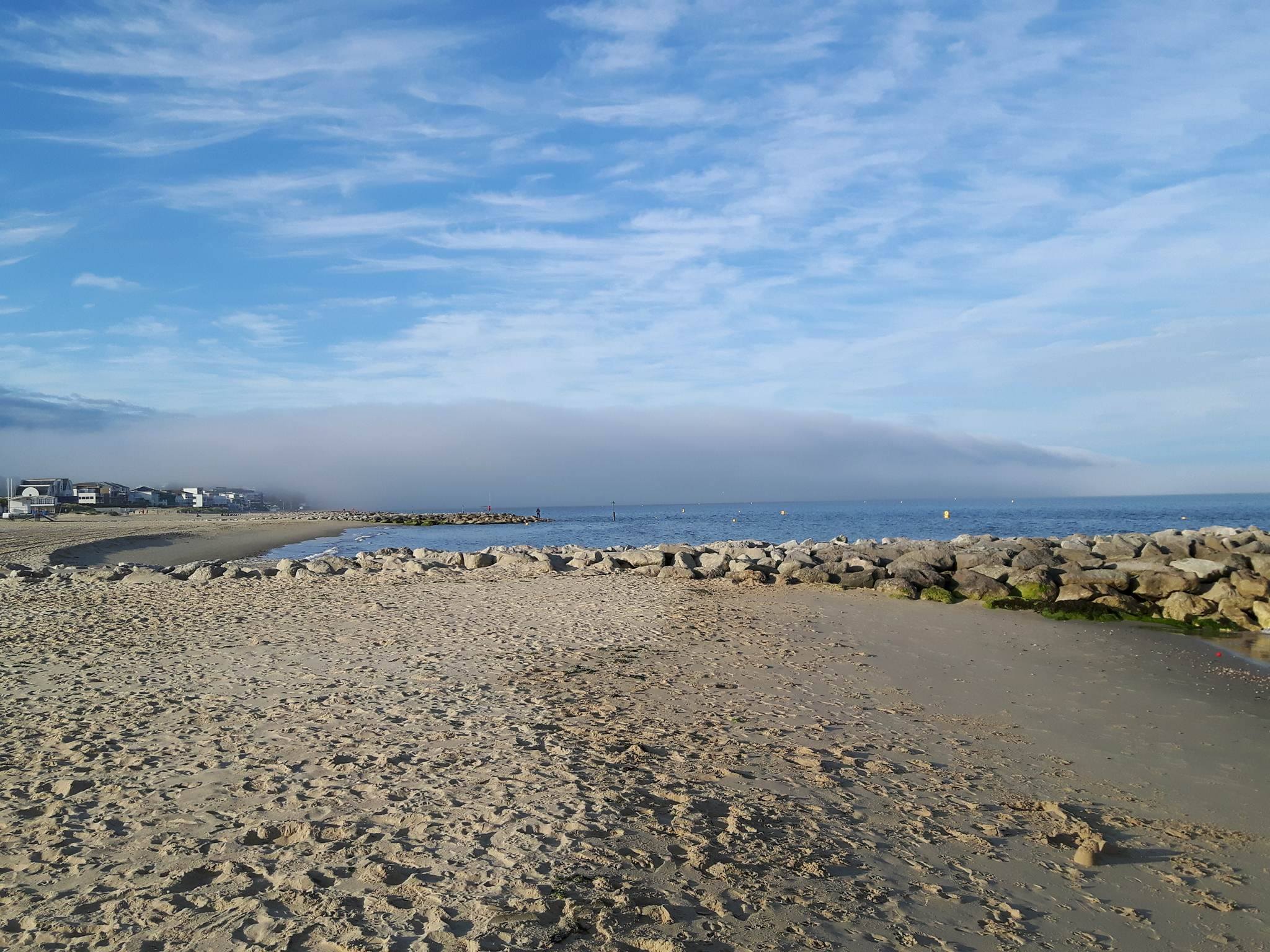 The Poole area is on fire right now! Midweek is the time to have the beach to yourself.

I still have some spaces midweek for guiding. Plus the weekend guiding sessions are still available. Now is the time to get that pb ray!!

SUBSCRIBE
Where are the Mackerel How will leaving the EU effect us as anglers?

One Response to "Ray of Sunshine"