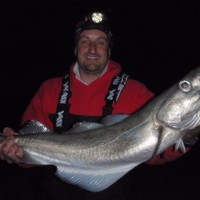 Winter fishing in Dorset at its best! Thats cetainly what it seems like to me. I have been away for the weekend on a Pike fishing expedition, only to come back to reports of  big Pollock, lunker Cod, monster Wrasse and lots of decent whiting. I knew I should have stayed at home! For those of you interested in Pike fishing, I will be featuring that quite a bit over the winter, especially as the sea fishing quietens down in January and February.

We had the RNLI Cod open last weekend. Around 70 anglers fished it, but only four managed to weigh in a Cod. They were not the only Cod caught, with at least two other double figure ones that I have seen coming in. Unfortunately I do not yet have the permission from those that caught them to  show you the pictures.

I do have permission for the next picture that was sent to me by Simon May. Simon fished West Bexington on Saturday night, where he was using a two hook flapper with size 1 hooks, baited with Lugworm for Whiting. He managed to hook a Whiting, that was then engulfed by this 8lb 12oz. Pollock. 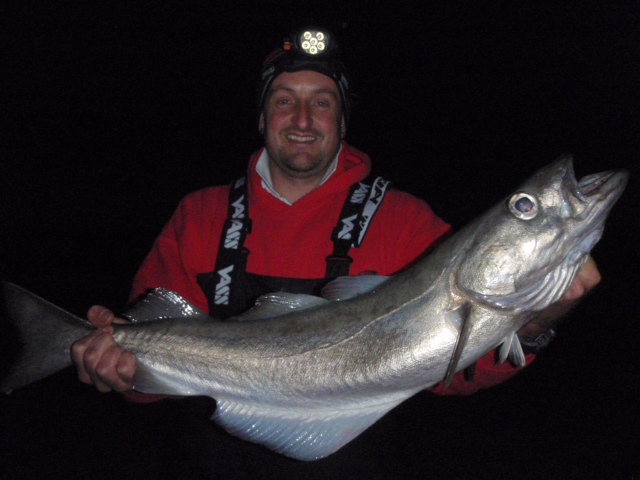 I have heard of lots of Whiting being caught all along the beach, especially after dark. The Whiting seem a lot bigger this year than I have seen in previous years.

I managed to create another fishing forecast video. This one is a lot better than the first one, but I still have a long way to go before I am happy with it. Have a look and see what you think. Once again I want to have your feedback on it.

Chesil Beach forecast: Now that the Whiting are in, your chances of catching any Bream are pretty much gone for the year. However there are still Mackerel about, as well as Garfish. I mentioned last week that November is one of the best months for Pollock on Chesil and Simon’s 8lb 12oz fish proves how good the Pollock fishing can be all along the beach.

We might be lucky and get a run of big Cod this week, but as usual with the Cod they will be thin on the ground. Best marks for the bigger ones always seems to be more towards Abbotsbury and Cogden. Live Peeler crab, or live baits, seem to take the bigger fish.

Portland: Conditions over the next couple of days are perfect for Wrasse and Pollock fishing all around the island. The following pictures came from Ivan Wellington’s boat Top Cat, where he targeted some of the big Wrasse that we get now. Both these monsters went over 7lb and are some of the finest I have seen. 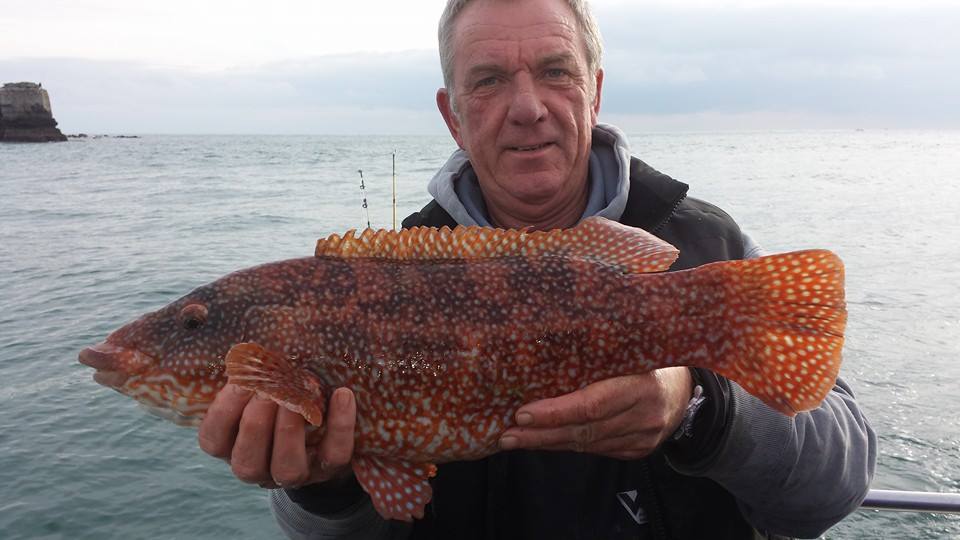 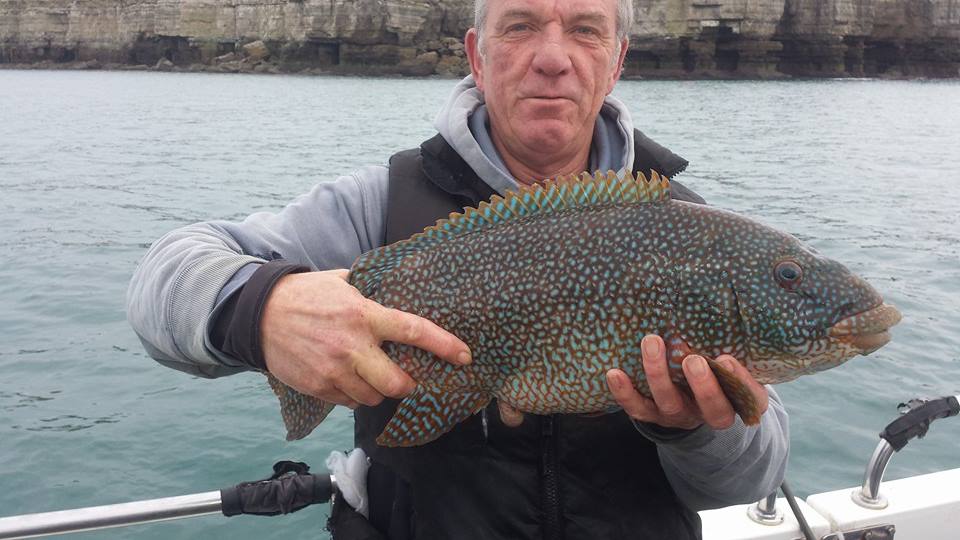 Although those came from the boat, there are similar sized ones to be had from the shore all around Portland.

Portland Harbour: Quite a few Bass came from Ferrybridge at the weekend and there is no reason they wont still be around for a few more days. Flounder fishing will pick up as the weather gets colder. They can be caught all along the shoreline towards Portland Marina.