Fishing Tails > All Articles > Reports > Fishing in March, what to expect.
Lure fishing for GT’s and other monsters in Oman. Plaice fishing around Poole. 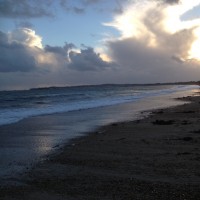 Fishing in March, what to expect.

What can we expect in the way of fishing, now that March is with us? I would love to start this post off with a great catch report from the weekend, but it was a typical late winter weekend, with very few people on the beach, and even fewer fish caught. But lets not get too disheartened, because March is normally the month that things start to happen.

We will see a slow but steady increase in the water temperature in a couple of weeks time. This will be the trigger for the very first of the early summer species to start to move inshore. It is not unusual to see the first Mackerel being caught at the end of the month. They are not normally around in large numbers to start with, but they are always welcome. 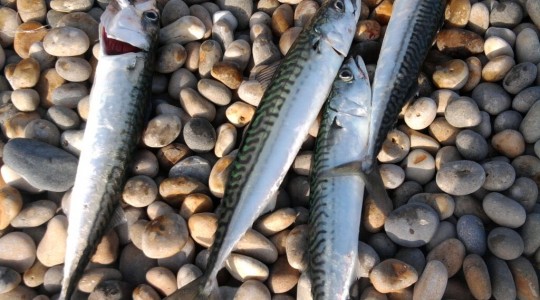 The one species that is sure to show up this month are the PLaice. I am hearing reports from Brighton that the first ones are showing there. We normally see the first ones show up on Chesil a couple of weeks later. So in preparation for that, we will be releasing a number of articles over the month, to get you ready for when the Spotties hit the beach. I will be looking in detail at a number of the popular marks, as well as the rigs and bait that I normally use to target them.

We often have long periods in March when the wind is either low or from the East. I know many have head the old saying when the winds in the East, the fish bite the least. We as far as I am concerned thats a load of rubbish, especially when it comes to early Plaice fishing on Chesil, and you need those extra yards of distance on your cast, that a stiff Easterly breeze can give you. It also flattens the sea out giving excellent water clarity.

Another species that will often return in March are Mullet. I love fishing for Mullet, and I intend to do a bit more this year, than I have in the previous couple of years. I will e checking Portland and Weymouth harbour regularly and will let you know as soon as I spot them. I know Steve Gannon, pictured below with a specimen Mullet from last year, often tries in the early part of the season for these hard fighting fish. 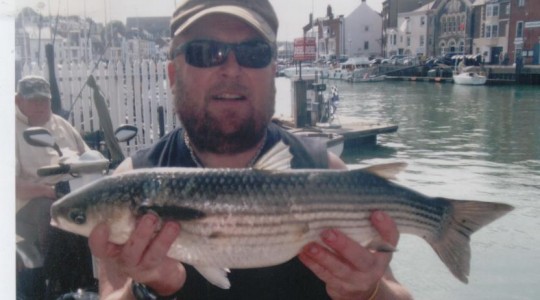 I mentioned last week that we would have a guest writer in the form of Dan Konig, from Adventure Angler, writing some articles for us. The first of those articles went up on Saturday, so for those of you that missed it here is the link to a mouth watering article Lure Fishing for GT’s

Chesil Beach forecast: With windy conditions for the next couple of days, the beach will be difficult to fish. Having said that, conditions will improve from Wednesday, so there is plenty of chance to catch some Whiting, Pout and Dogfish. Dabs should be around in reasonable numbers from West Bexington and Abbotsbury.

Portland: Pollock and Wrasse are about the only species that we can target with any level of confidence at the moment. Having said that, you will need to fish the East side of Portland for the next couple of days to keep out of the wind. Cheyne, and Church Ope Cove will be the best marks.

Portland Harbour: If you are looking to get out of the wind, then Hamme Beach, or Sandsfoot Sailing club areas, will provide shelter and the chance of a returning Flounder.

SUBSCRIBE
Lure fishing for GT’s and other monsters in Oman. Plaice fishing around Poole.