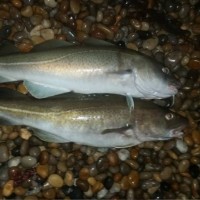 Cod and Bass, just as predicted!

I predicted that we would see plenty of Cod and Bass on Thursday, when the sea settled after the blow on Tuesday and Wednesday. It seems on this occasion I got it spot on.

I gave my friend Gavin a tip off as to where I thought he would manage some Cod from the Western end of Chesil. I did say to him that he would need fresh bait, which he managed to get fin the form of live lugworm. The result was two plump Codling, the biggest going 5lb 3oz. 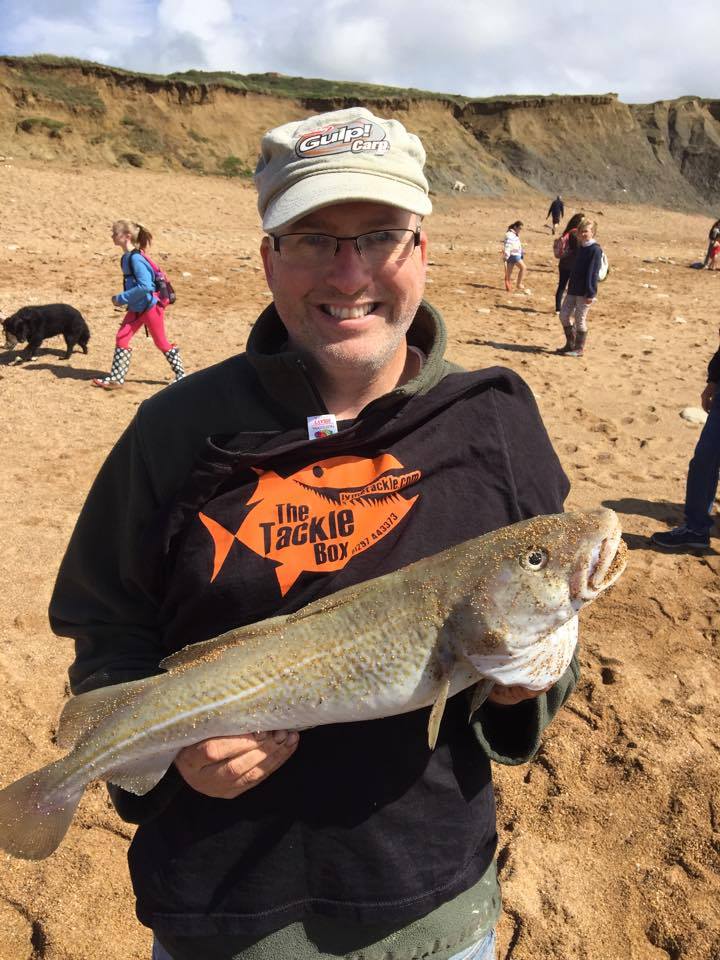 Down the Ferrybridge end, Bradley Price had a good evening with 3 Codling and a Bass. It seems that the Codling are the same year class as the ones we caught last year. The great news is that they have all put on weight, with the average fish being around 4 1/2lb.

Daniel Manvill also managed an 11lb 7oz Bass earlier in the week. It is one of several large Bass that have come from Chesil this week. I did hear several reports of a 13lb fish from Ferrybridge end. 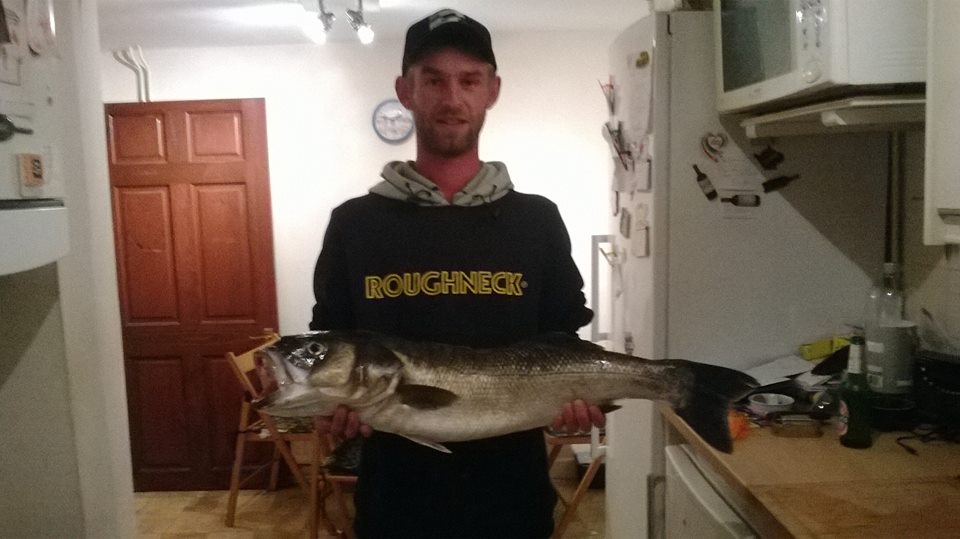 Chesil Beach forecast: With a stiff Northerly breeze forecast for the next few days the beach should settle down, and the colour should drop quickly. Not such good news for Bass and COd, but great for Bream, Plaice and Gurnard. I am pretty sure we will see some big Rays come out of Chesil this weekend.

Once the water clears there should be plenty of Mackerel. I was amazed to see anglers fishing for Mackerel yesterday in 3m waves of coloured water.

Portland: Don’t expect Wrasse or Pollock until the water clears enough on Saturday. This time of year normally brings Garfish close to the shore along the Bill area.

Portland Harbour: The harbour should fish well for Bass this weekend, as the tides are perfect. James Young managed a number of nice Bass on lures from his Kayak in only 10ft of water. All came within an hour of low water and all were returned. 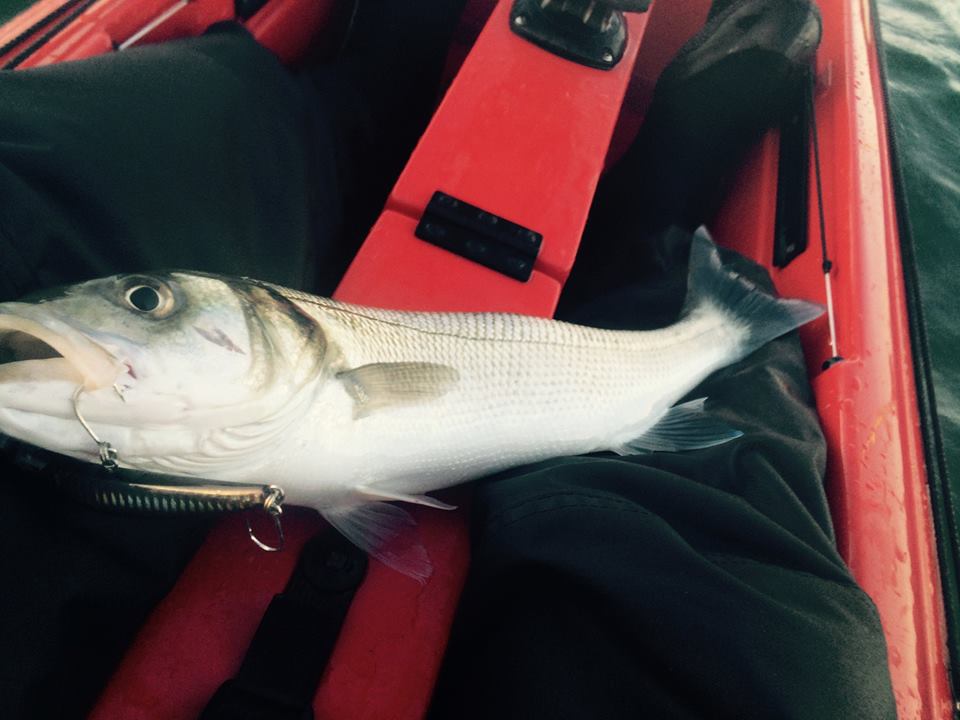 7 Responses to "Cod and Bass, just as predicted!"