Fishing Tails > All Articles > Reports > Fishing Abroad > A Honeymoon with Tigers
Which Lure Next? Storms and wind all over the place 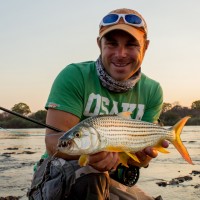 A Honeymoon with Tigers

By Jo Stephenson On February 3, 2016 · Add Comment · In Fishing Abroad

Like I’m sure most fishing minded people do, I have a massive bucket list of fish I wish to catch one day. Golden dorado, GT, Atlantic Salmon, Tarpon, Grayling, and Redfish to name a few, and at the top of my list for some time was the African Tiger Fish. When I got engaged in 2011 Jonny and I started to think about what we should do for our honeymoon. I’m no ordinary girl, and the idea of sitting on a beach for 2 weeks really wasn’t my cup of tea, it seemed obvious to me what we should do! After a bit of planning we booked our honeymoon to Botswana and Zambia. Our wedding was in April, but because of the optimal time for Tiger fish we had to wait until September for our trip.

We had a wonderful wedding day, but our honeymoon seemed such a long way off! Eventually the day arrived and after a connection in Qatar to JoBurg and then a terrifyingly tiny plane we arrived in Kasane, Botswana. We visited the Chobe national park early in the mornings, and again in the afternoon, we saw Leopard, Sable Antelope, huge amounts of Elephants and were amazingly lucky to witness a pride of Lions take down an antelope. In the time between trips we sat and looked out over the Chobe river, we were unable to get to the banks to try to fish so frustratingly had to watch all the traffic going up and down the river wishing we could get out there to fish. 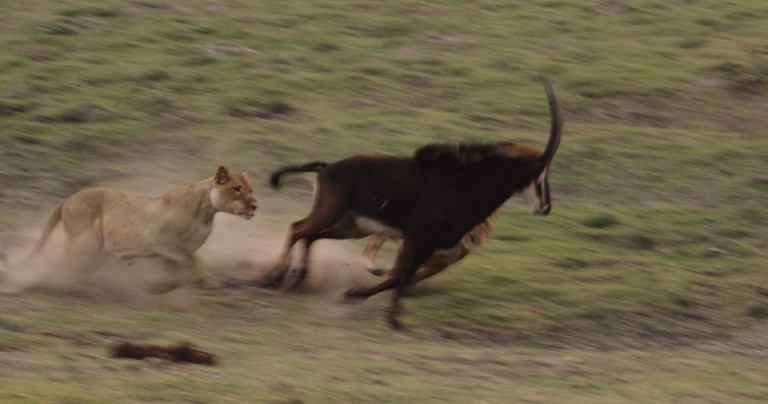 After our 3 day stay in Botswana we headed to the Kazula ferry, the point where four countries meet – Zambia, Nambibia, Botswana and Zimbabwe. Once across and through passport control into Zambia we headed to our new base the supremely beautiful Waterberry Lodge about 30 minutes outside of Livingstone. The lodge was situated right on the banks of the Zambezi river, so we could sit out and watch the sunset, listening to the calls of hippos whilst trying to contain our excitement about what the following day would bring! 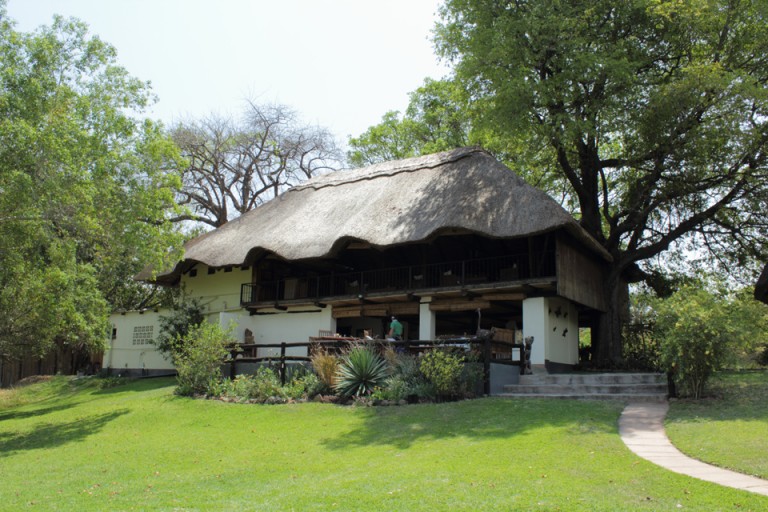 We were up early but our access to the boat was blocked by a hippo, who was quite happy munching the grass on the lawn. We had to wait for him to move on, and once he had we loaded our fishing gear and a chilli bin full of cold drinks onto the boat. We fished with both lure and fly, we fished the still waters, the edges of the rocks, and by over hanging trees and we got out onto the rocks and fished the fast flowing rapids. We managed to catch a number of smallish Tiger from 2 – 4 lb they were extremely aggressive takes, and when one hit you knew about it. Tigerfish have very hard mouths and so the quality of the strike was very important to ensure you didn’t lose the fish. On a number of occasions we were treated to some aerial displays as the fish tried to throw the hook. 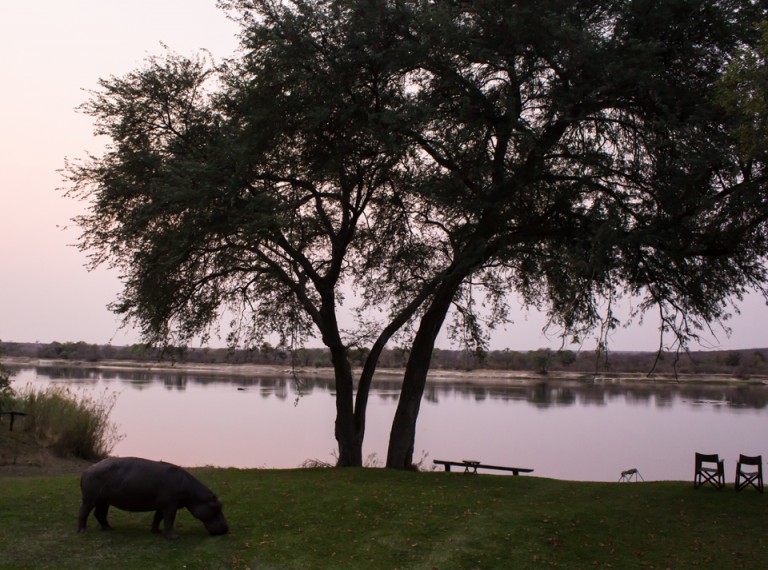 The next morning our guide decided to take us to a different location further downstream. It was about 30minutes to the location, so we sat back and enjoyed the beautiful African sunrise, passing a flock of Pelican on a sand barrage, Waterbuck, and Warthog on the waters’ edge braving a crocodile attack for a drink, and we even heard the deep rumbles of some Lion coming from the Zimbabwean side of the river. We reached a rocky area in the middle of the river, there were channels running between some of the rocks and the water was running white around them. We were able to beach the boat and climb out onto the rocks to fish. We had talked about trying some top water flies to see if we could provoke a tiger attack. So I tied on a purple gurgler style fly, and cast into a channel between the rocks, a couple of strips of the line and the water erupted as the gurgler was engulfed, the line went tight and my rod arched over. The fish fought hard and I was terrified it would flick the hook, but eventually the tiger was tamed. Tiger fish are beautiful and have a big attitude, stunning silver with dark black stripes, bright orange fins and of course a mouth full of super sharp teeth! A quick photo moment and then I watched the Tiger disappear back into the Zambezi. 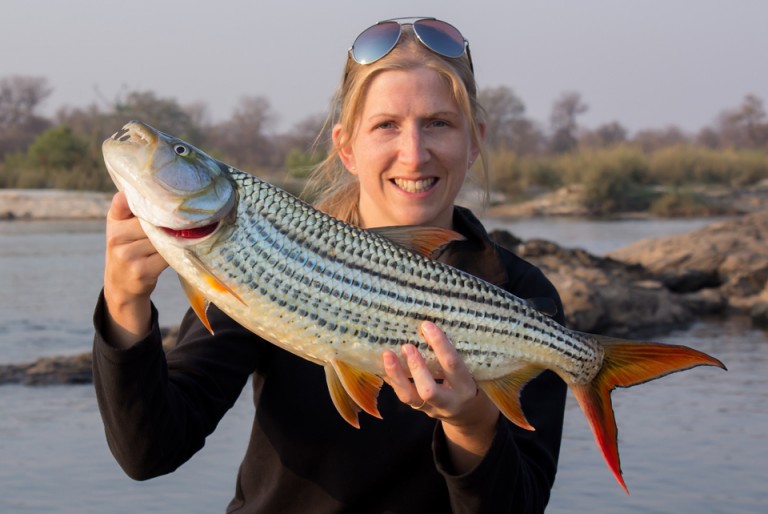 For the next stage of our adventure we hired a truck, bought some supplies and headed 3 hours west. The road was very dodgy in places with pot holes the size of our truck, we weaved our way through little villages and eventually made it to a Lodge about 1 hour from Sioma. The cabins were very basic, with no electric and water warmed by the sun during the day for a shower in the evening. 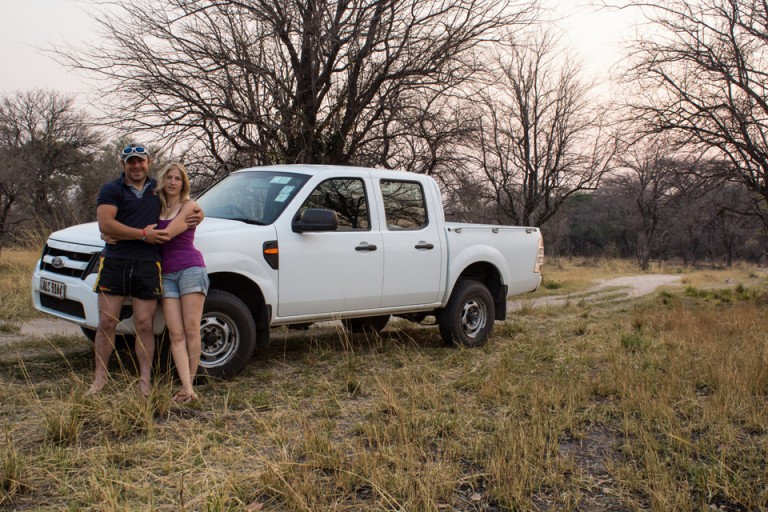 The guides at this lodge weren’t really used to people like Jonny and I, they tended to take people out in the boats and troll up and down all day. So when we turned up with our spinner and fly rods we got a few curious looks. Our guide was as accommodating as he could be and took us to some islands where we could climb out and cast from the rocks. He even took us to a shallow barrage where despite us seeing a small crock sliding off it he said it was safe to paddle and cast from…! We fished here for two days and it was both extremely frustrating and amazing at the same time. 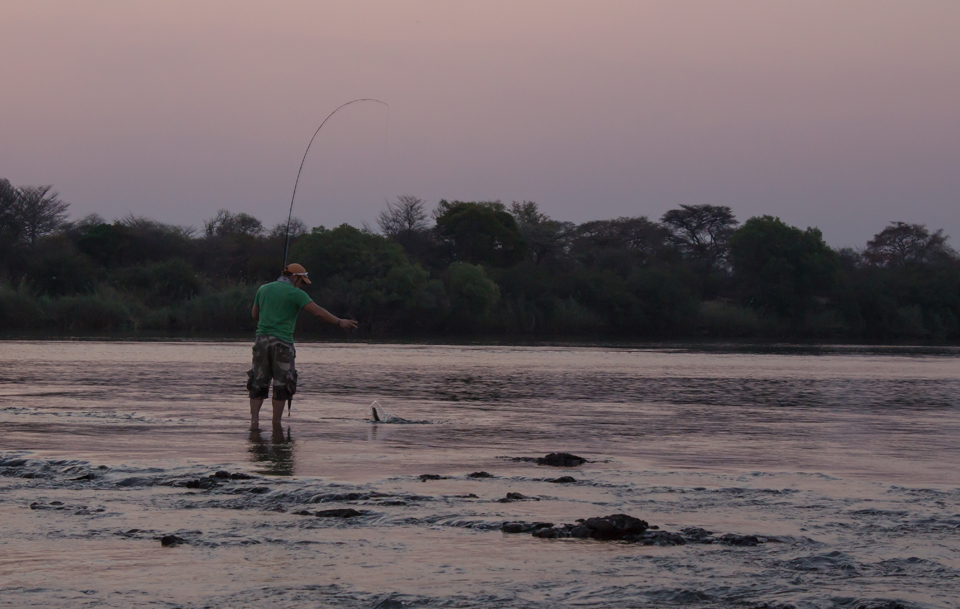 Remember how I said they have very hard mouths earlier…well I lost 8 Tigers in a day!! They would take, I would strike (not hard enough it would seem), they would jump, stick up their middle fin and spit the hook and I was left with a limp line and a racing heart. After the eighth I was feeling so frustrated with it all, I just needed one more chance, I really learnt the meaning of one last cast, one last cast! The light was fading as the sun started the dip, I decided to go for a lure a bronze spoon with a big single hook. I cast out, brought it back in…a knock….or was it?? I cast again in the same location drew back the lure and bosh I struck the hardest I could! The tiger showed itself to me by jumping right in front of the beautiful fading African sun, a sight I will never forget. 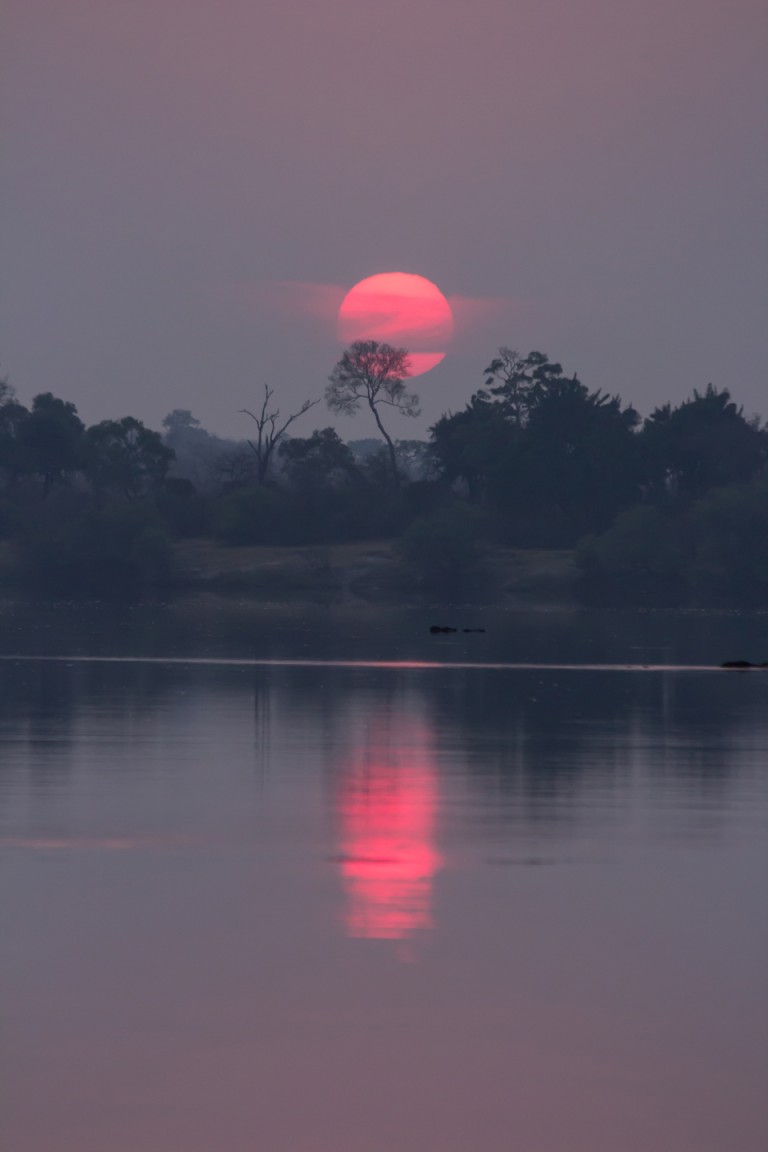 Africa is a special land, and once you have been there and taken in the breathtaking landscapes, the wildlife, the plants and trees, the smells and spoken to the wonderful people, it will get under your skin. Getting to fish in this land for these special fish was a dream, and one day I will go back and get a bigger one!

SUBSCRIBE
Which Lure Next? Storms and wind all over the place