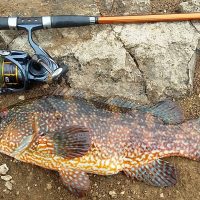 Wrasse, Rays and lots of Mackerel

The fishing was pretty much as I expected it to be this weekend. Plenty of Mackerel, some cracking Rays, lots of Wrasse and Pollock from the rocks, but no baitfish showing, hence that lack of Bass. The Plaice fishing was also as poor as I thought it would be, with only a few anglers managing to pick any up.

As is the norm for the early runs of Mackerel, the shoals were large when they came through and then they would be gone for hours. They are often at range in the early weeks, especially if there is an easterly wind driving the baitfish offshore, as was the case over the weekend. My mate John Cady, came down to fish the area on Saturday and we decided to try for the Mackerel with lures instead of getting the beachcasters out. John did manage to find the Mackerel at the extreme range of his casting, but it’s a lot more fun on a lure rod. 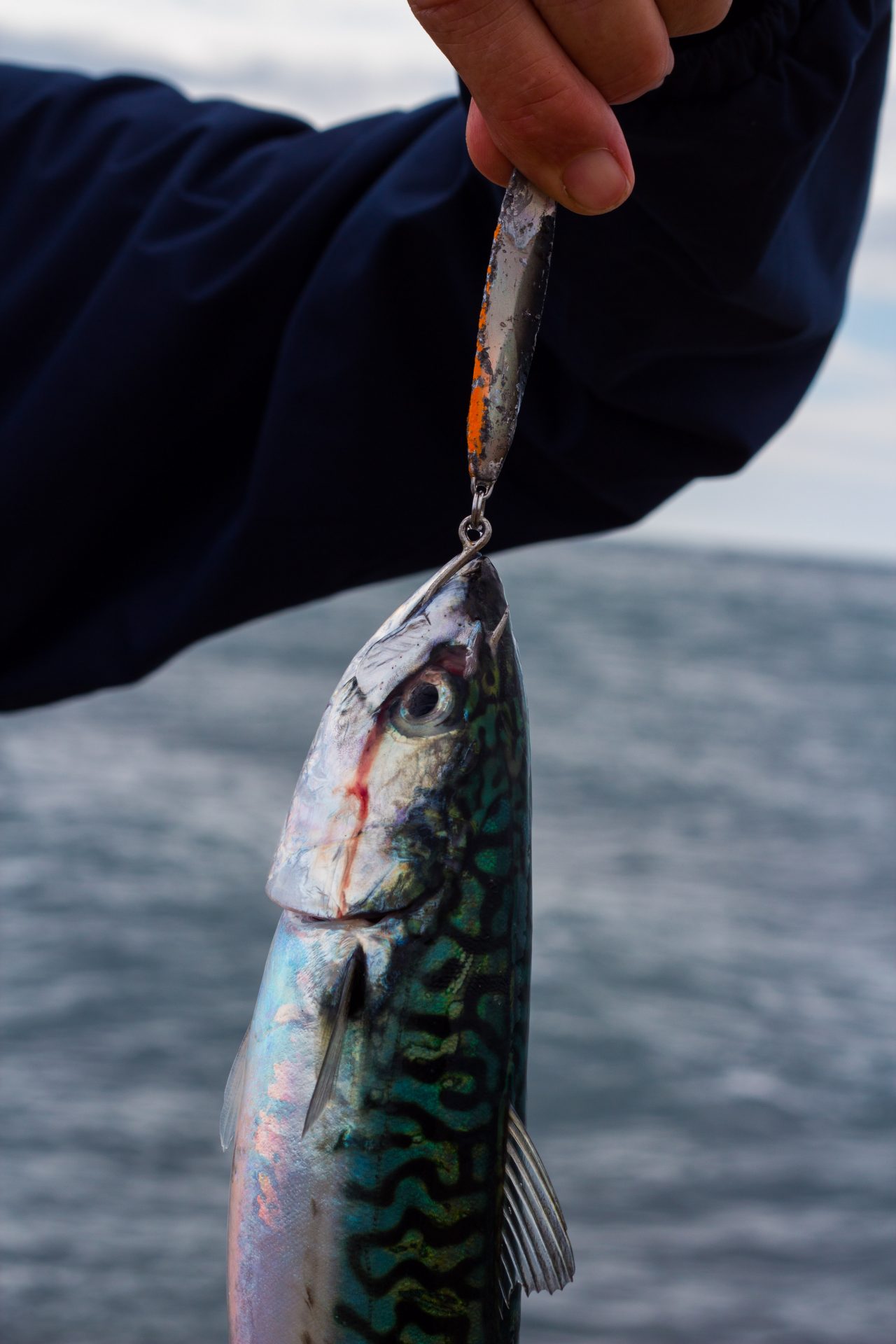 I have seen some great pictures of double figure Undulate Rays that were caught at Abbotsbury over the weekend. Shaun Royal, on a night session at Abbotsbury managed one of 14lb 2oz. The Ray was caught on chunks of Mackerel on a size 2 hook. 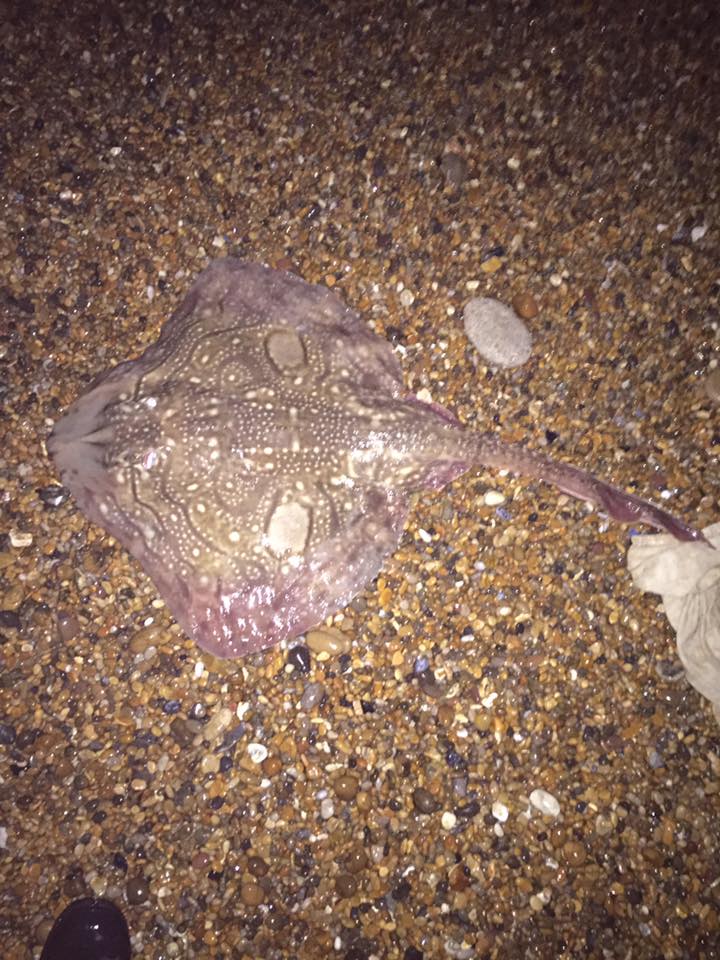 I mentioned earlier that my mate John came down for a session. After trying for a Bass with me, he headed back to Portland for a go at the Wrasse and Pollock on lures. He managed this lovely Wrasse on a Fiiish Black Minnow, one of his favourite soft plastic lures. 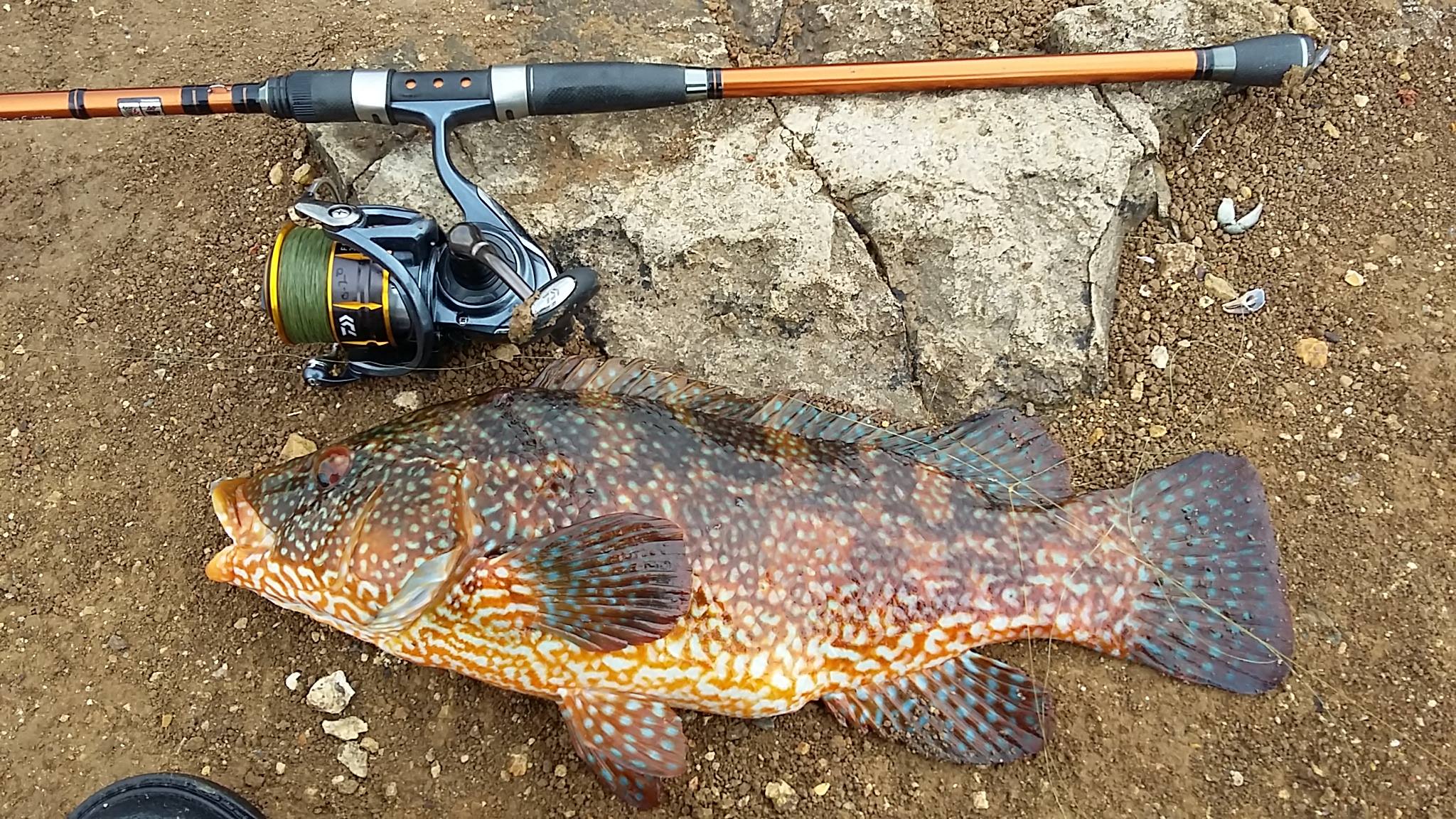 As the light started to fade he switched to a Tronixpro shore jig and managed a load of Pollock, with the best going to 3lb. In the picture below, of one of his smaller Pollock, you can see the lures has no trebles, but is fitted with a single assist hook, to reduce damage to the fish when practicing catch and release. It also helps when getting caught in the kelp. The lure is very similar to the Fladen shore jig’s that I have used to catch a lot of fish last year 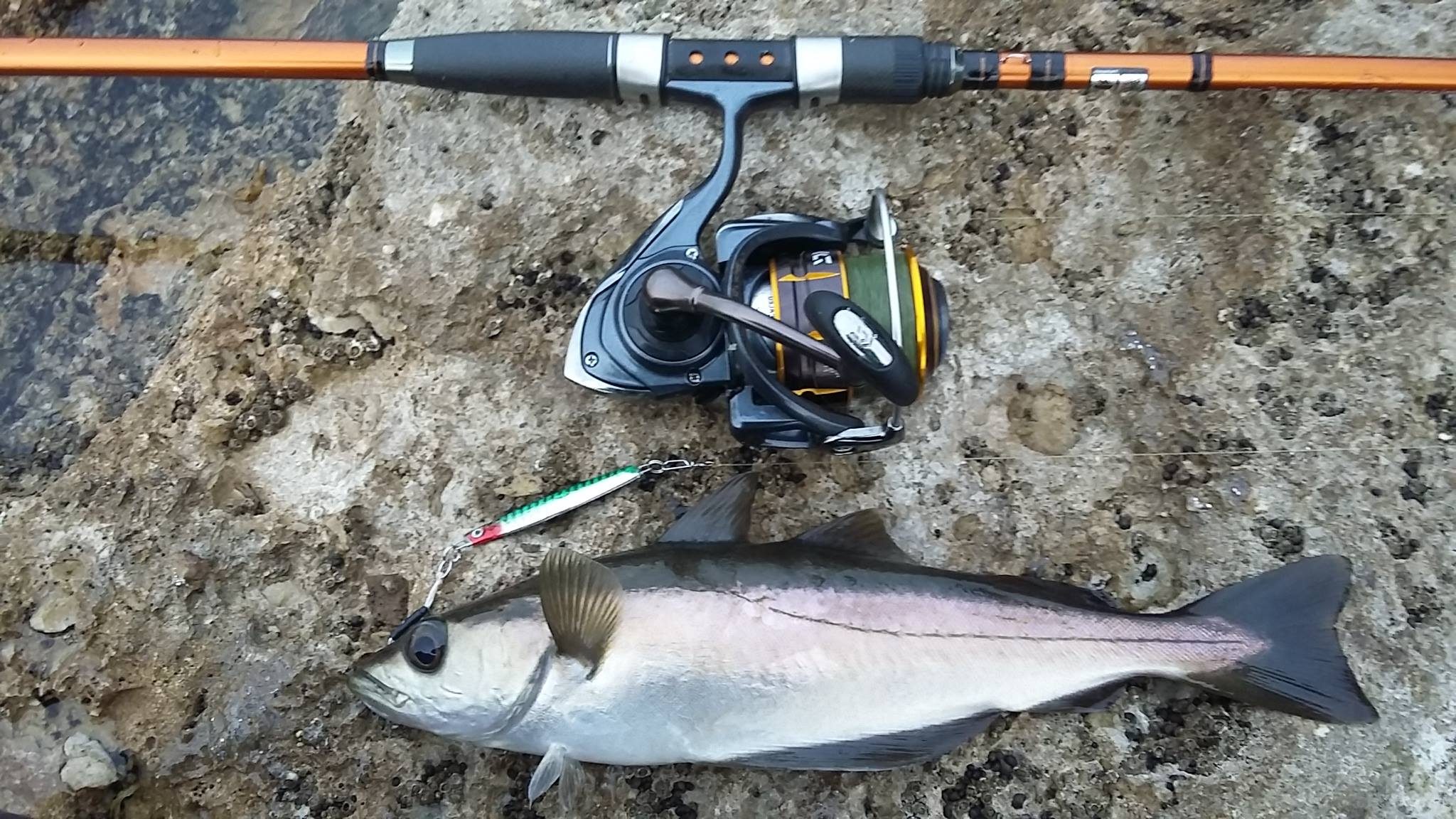 Although it was a bit poor for Bass from the shore this weekend, we know that they will be here soon as Luke Pettis, Skipper of Weymouth charter boat Snapper found out whilst searching for Cod and Pollock. Almost all of his customers managed to get into the Bass on one drift. All the Bass were released. 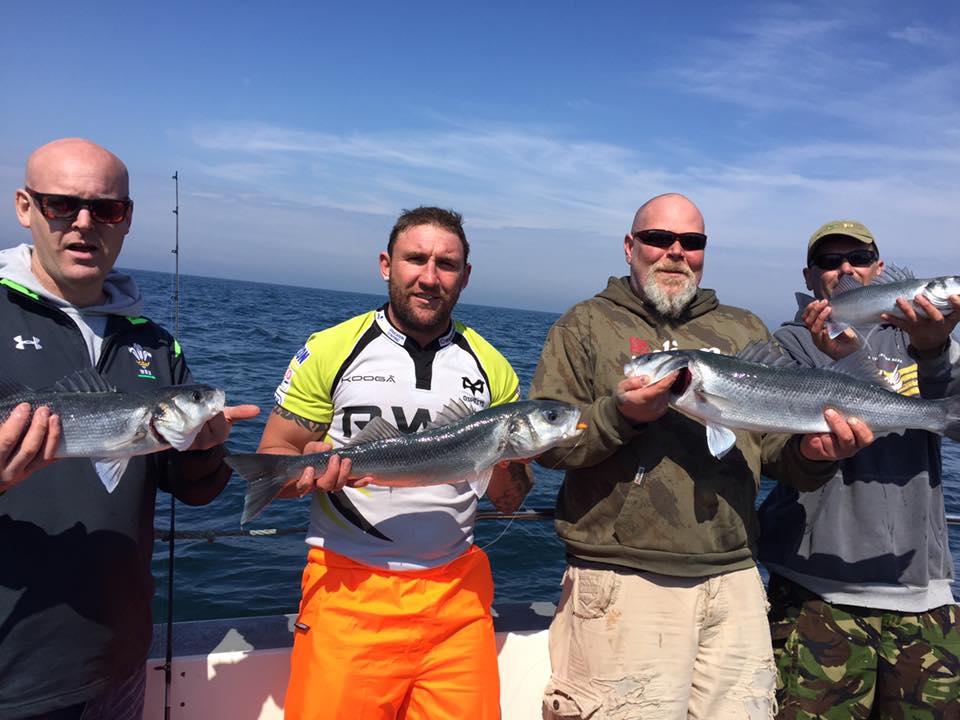 Make sure you check in each day this week as we have some cracking articles in the pipeline including a report from Plymouth and a delicious recipe from our Bassman, Paul Gordon.

Chesil Beach forecast: Expect plenty of Mackerel for this week, as well as more Rays. I am pretty sure that with this clear water and fairly settled conditions, we will see more Plaice, especially from the Abbotsbury end of the beach. The big issue that we have at the moment, is Spider Crabs. They are around in large numbers.

The Spider crabs are capable of stripping your bait in minutes and snipping off your snoods. The use of floating beads will help a bit, but regular checks on your bait, will make sure that when a fish does come along, you have a chance of there being some bait left on the hook.

Portland: Wrasse and Pollock fishing will continue to be good on Portland this week, especially during the early part of the week.

May is one of the best months to catch a big Conger on a night session on the rocks. Heavy gear and large fish baits are required, but huge Conger have regularly been caught this month.

Portland Harbour: I fished the harbour several times over the weekend with lures. The results were poor, with no sign of any Bass, but there was a number of Garfish, which can be lots of fun if you target them with light tackle. I am sure most of you have seen this video I made a couple of years ago, on how to catch Garfish, but for those that didn’t then have a look.

Weymouth Bay: Lots to catch around Weymouth and Preston at the moment. The Harbour has some lovely Mullet in it and the piers are fishing well for Garfish, Pollock, Mackerel, Wrasse and Pout. Preston Beach has seen a few Dabs and the odd Plaice. It is often one of the first marks to produce Gurnard.

SUBSCRIBE
Will the Bass turn up this weekend? Bassman’s Cheeky Lobster salad

2 Responses to "Wrasse, Rays and lots of Mackerel"