Fishing Tails > All Articles > Reports > Chesil Beach > Why was I away camping, when I should have been fishing?
Tuna found in the Fleet What’s happening? 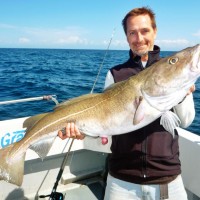 Why was I away camping, when I should have been fishing?

Camping or fishing? That was my choice for last weekend. Why oh why did I choose camping? It seems as if it was one of those weekends when the fish were all too eager to jump on your line. I came home to a load of emails and Facebook messages about how great the fishing was, and there was plenty of pictures to back up the reports.

One of the first reports I had was of a specimen Garfish caught by food journalist Frances Kitchin, on Weymouth Stone Pier. I love catching Garfish, as they put up a fantastic fight on light tackle. 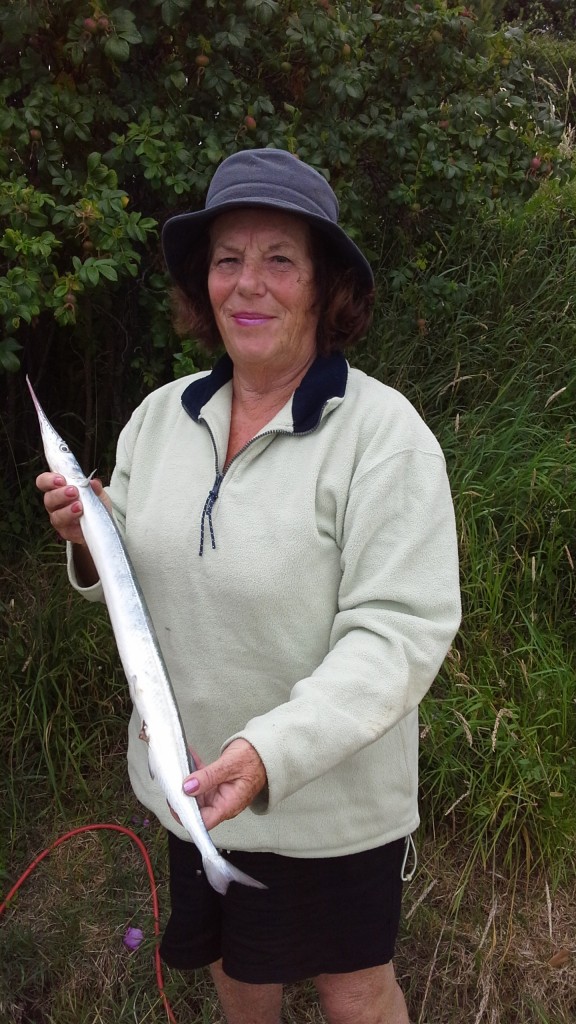 The Bass were certainly around as Kyle Blackmore found out when trying out a new mark. Within five minutes he had landed a 6lb Bass.

As is so often the case when sea fishing, you never know what is going to turn up. Gordon spent all night at Abbotsbury catching the usual Dogfish and Pout. As dawn broke he managed to get a few Gurnard. Thinking the surf looked good for a Bass, he put out a whole squid which was taken by a 4lb 8oz Plaice. Which just goes to prove you never know what you will catch next. 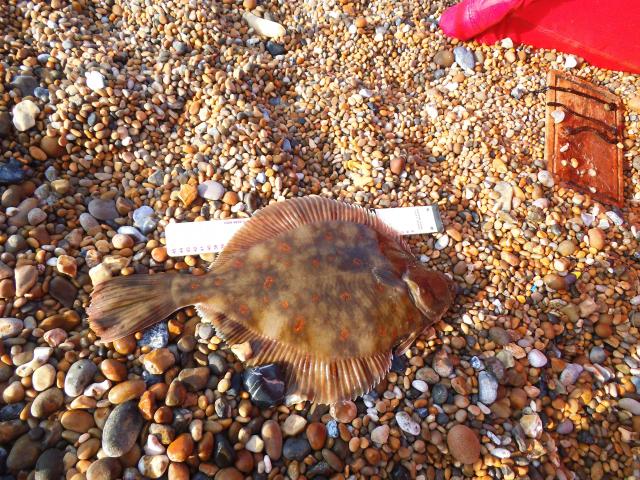 It is not just from the shore that we get surprised. Paul Whittal, skipper of Offshore Rebel arrived at slack water on an offshore Wreck on his way to the Channel Islands yesterday. Slack water is normally the worst time to catch anything but Conger’s on the wrecks. That didn’t stop Simon Rushent from boating a 29lb Cod. 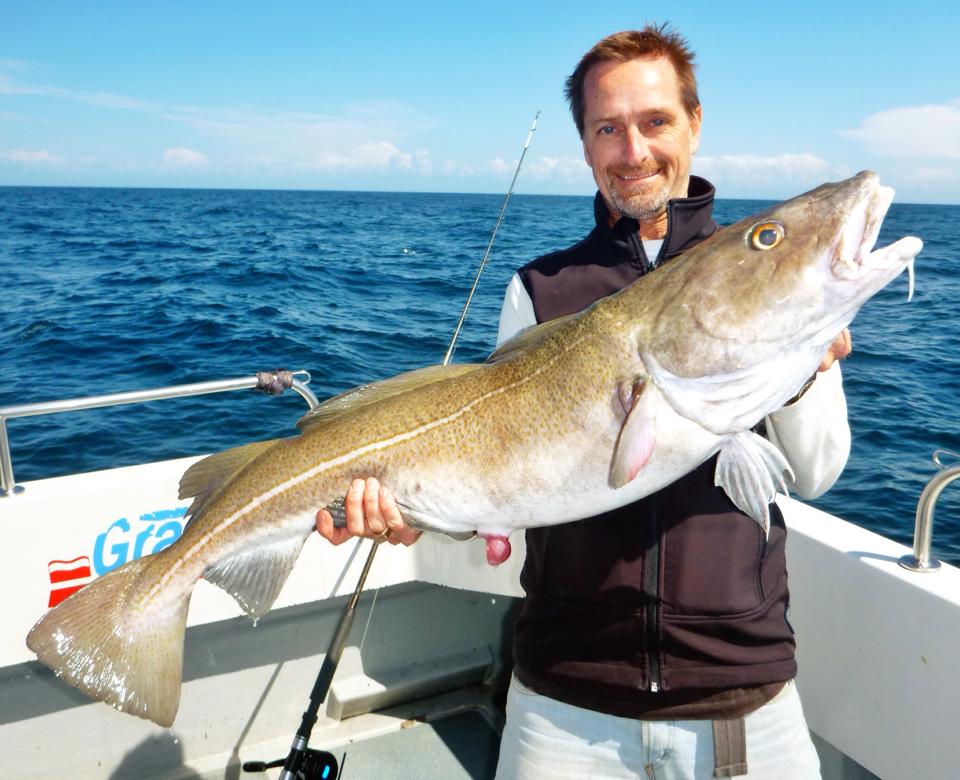 Lets  hope it continues, as I have a full week of fishing ahead of me.

Chesil Beach: Calm with clear water towards Portland, but at Abbotsbury through to Cogden there is a dirty band of water going out to around 70yds.

Chesil Beach forecast: Due to a band of coloured water at the western end of Chesil (West Bexington area) fishing for Mackerel will not be good. That doesn’t mean that other species wont be there. Robert Raybould fished Abbotsbury on Saturday  and had a fantastic session. He had fish throughout, including 16 Smoothound, several Bass and a Conger. All the fish came to Peeler Crab and all with the exception of the Conger were landed during the day. 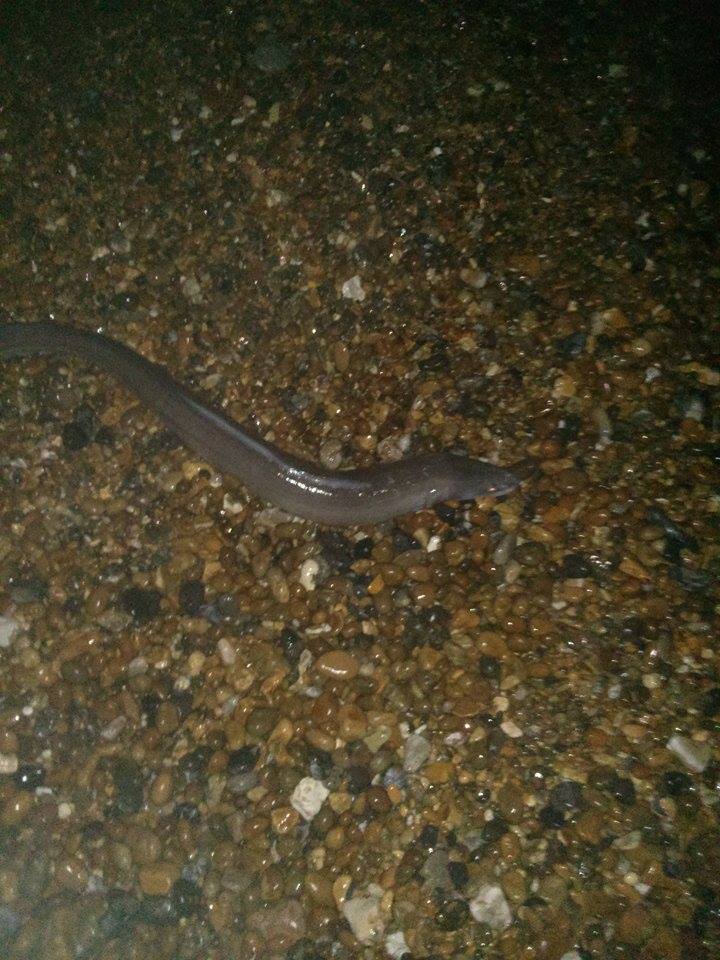 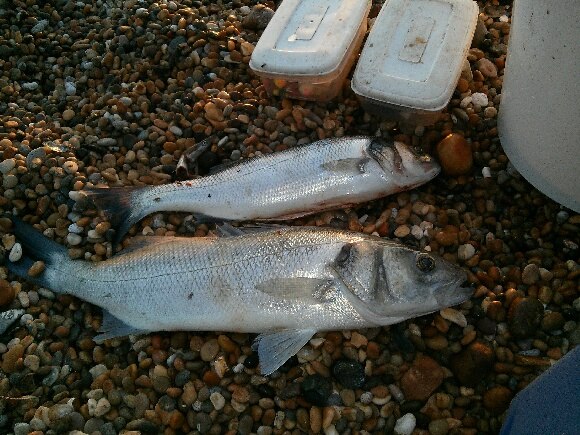 Portland Harbour: I have seen quite a few small Bass being caught by lure and fly fishermen at Ferrybridge. I would expect to see Flounder from the harbour/

One Response to "Why was I away camping, when I should have been fishing?"