Fishing Tails > All Articles > Reports > Chesil Beach > Why can’t we get a break in the weather at the weekend.
More of what you want. How much more can we take? 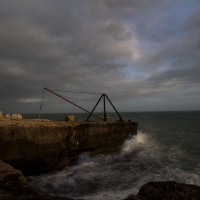 Why can’t we get a break in the weather at the weekend.

Are you as frustrated by the weather that seems to hit us every weekend recently. Normally it wouldn’t bother me so much, as I can normally fish during the week, but as the guiding has dropped off as it does at this time of year, I have had to get other work, which means I can only fish a couple of days during the week and at the weekend. Current conditions are pretty rough as you can see on my video below, but there is a two day break coming up on Wednesday and Thursday.

Wednesday, is most likely to be the better of the days, if you are looking to catch a late Cod. The water has now hit the 9°c, which is the magic figure for the Bass to move off to their spawning areas. There will be a few School Bass, and one or two late/early spawners around, but the bigger Bass wont return until the water temperature comes back up to 10°c.

My tip for this week would be a winter Wrasse fishing session down on Portland Bill. The water will clear pretty quickly down there and the swell should be manageable. I took this picture earlier to show conditions down by Red Crane. 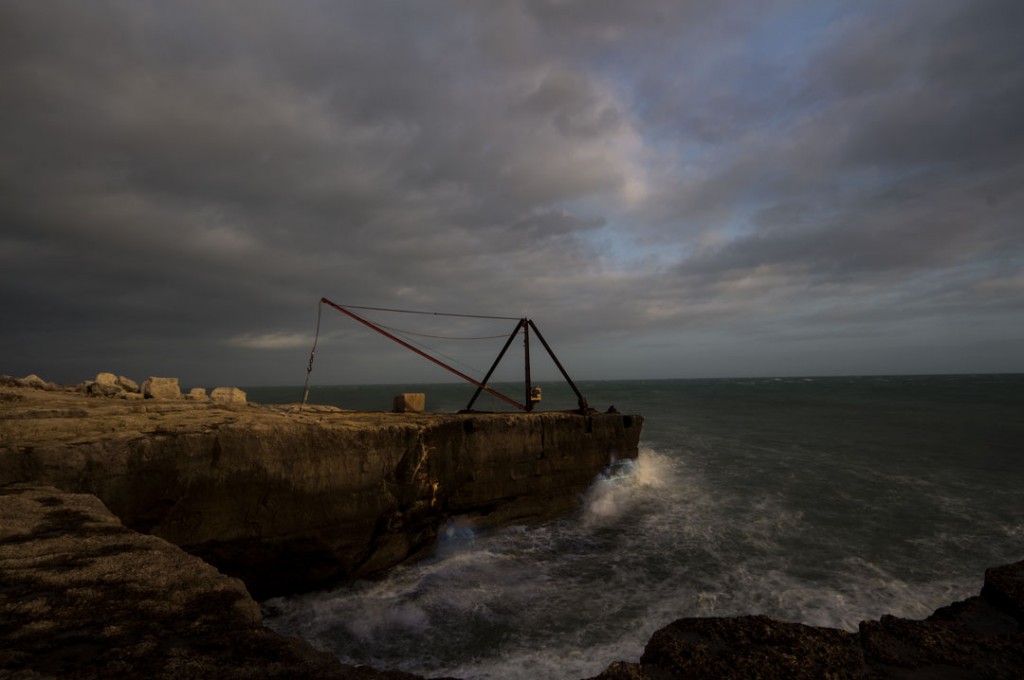 If Chesil is not for you this week, then you might want to think about heading of to Poole for some of the big fat Flounder that have been caught there recently. It fished well again over the weekend, but there can’t be too many more weekends left before the Flounder head of to breed.

Chesil Beach:  Rough with a 2.2m swell, and  coloured water. This will drop right off from Tuesday afternoon.

Chesil Beach forecast: No fishing on Chesil this morning, but as the wind drops later this afternoon, it could be one of those times when the Cod are still in close, but the wind has dropped and the sea will back off quickly. It will be tough to fish but it is likely to give you the best chance of a decent fish. As always when fishing after a storm take great care. Use large baits such as whole Calamari Squid and lugworm. If you can get some Peeler Crab the Cod will track them down in the murky water. There have been quite a few Conger caught in similar conditions over this winter, so if you like to target Conger, then large Mackerel baits, or use a Pennel rig with the small top hook baited with Ragworm. This will hopefully catch a small Pout or Whiting, which could be taken by something much larger.

If you are heading further West to Abbotsbury or West Bexington, then there should be some Dabs close to the shore. Small pieces of Black Lug on a size 4 hook can be very effective.

Portland: I know that there are Wrasse still around and they are normally the larger ones at this time of year. Hard back Velvet Swimmer crabs work just as well as Peeler Crab now, and are a lot cheaper. Night time fishing will produce Conger, with the chance of a Bull Huss.

Portland Harbour: There was a few Flounder and a couple of Bass caught in the harbour at the weekend, so the chances of picking some up over the next couple of days are good. Ragworm and Lugworm will work well in the harbour.

Weymouth Bay: I heard of a few Dabs and Flounder caught from Preston yesterday. The beach and piers are alive with pin Whiting after dark. Baits are being stripped in minutes, so if you are fishing after dark, you might want to use large baits.

SUBSCRIBE
More of what you want. How much more can we take?