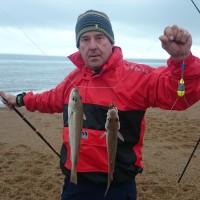 The Cod may be gone from Chesil but the Whiting are certainly not. I don’t remember seeing so many Whiting on Chesil. Yesterday I fished with Fishing Tails photographer Gavin, at Cogden. I didn’t make it down until mid afternoon, but Gavin had been there since 10am. He called me as I was on the way to go and pick up more bait, as he had already used most of the bait that he had bought for both of us for the day. By the time I had arrived he had already caught about 20 Whiting. I set up my first cast for a Cod as the water was pretty coloured. A Pulley Pennel rig loaded with Black and Yellow tail lug hit the water and within minutes I was bringing it back in. Straight off I had a double shot of Whiting on the Pennel rig. 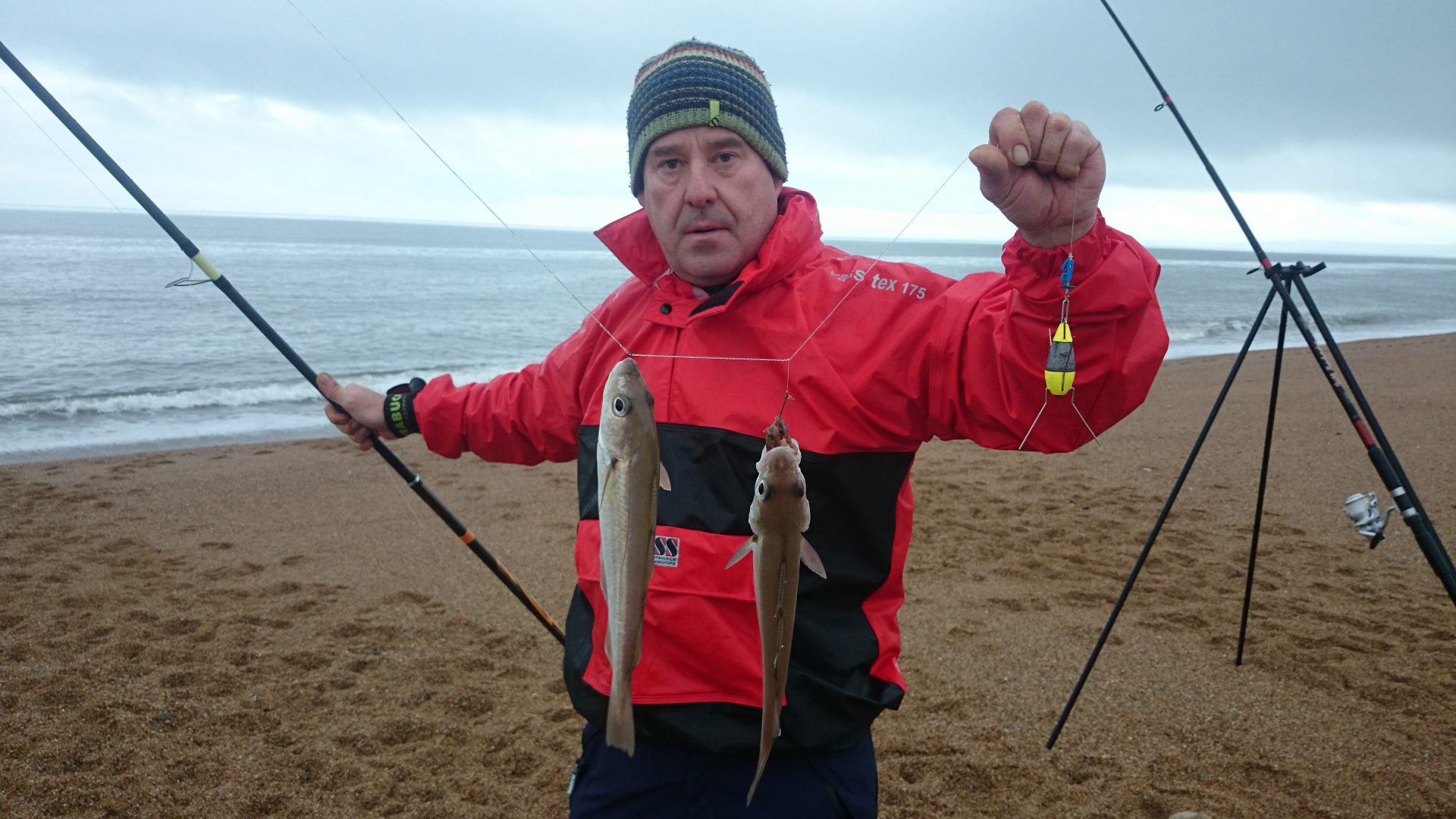 That was how it carried on for the rest of the afternoon. No matter what bait you put on the Whiting were on it. The only bait that we used that caught us anything different was whole Squid. Unfortunately the whole Squid did not bring in the Cod, only Dogfish. What we did find was that when we were using Mackerel we got much bigger Whiting. Gavin ended up with a cracking 2lb 2oz. specimen sized Whiting, which he first thought was his first Cod of the year. 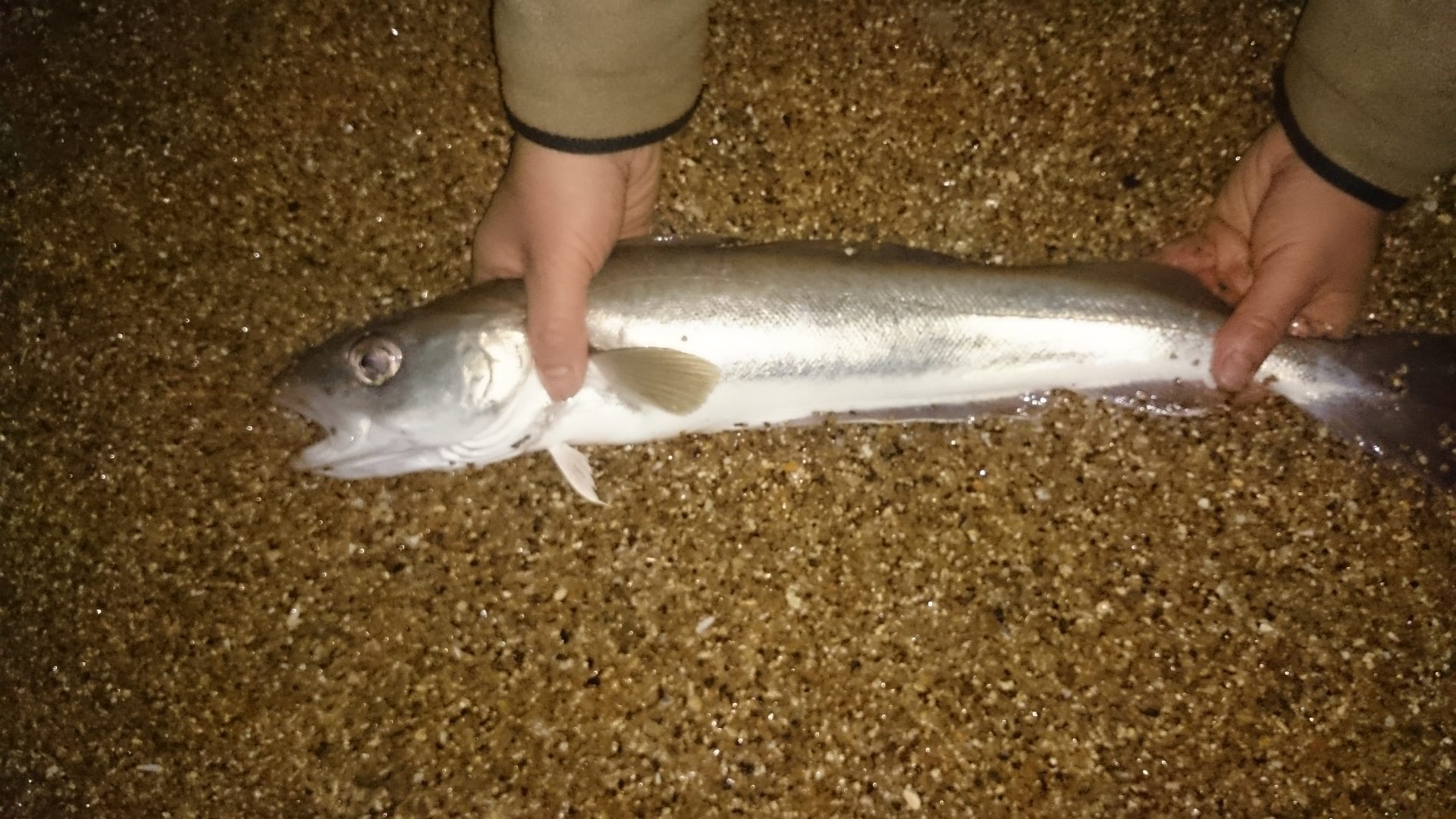 If you do head to Chesil make sure you take plenty of bait with you. If we had not had a bight in 5 minutes, we knew that the bait had already been stripped. We might not have had any Cod, but we had a great day with loads of fish. With the exception of the largest Whiting the size varied between 10cm and 40cm for most of the fish.  We used the small ones as live bait close in, as we could see large swirls that may have been Bass right under our rod tips.

Some anglers were a bit luckier than us and did manage to find the odd Cod. Alex Hardwick managed this nice one from Abbotsbury. 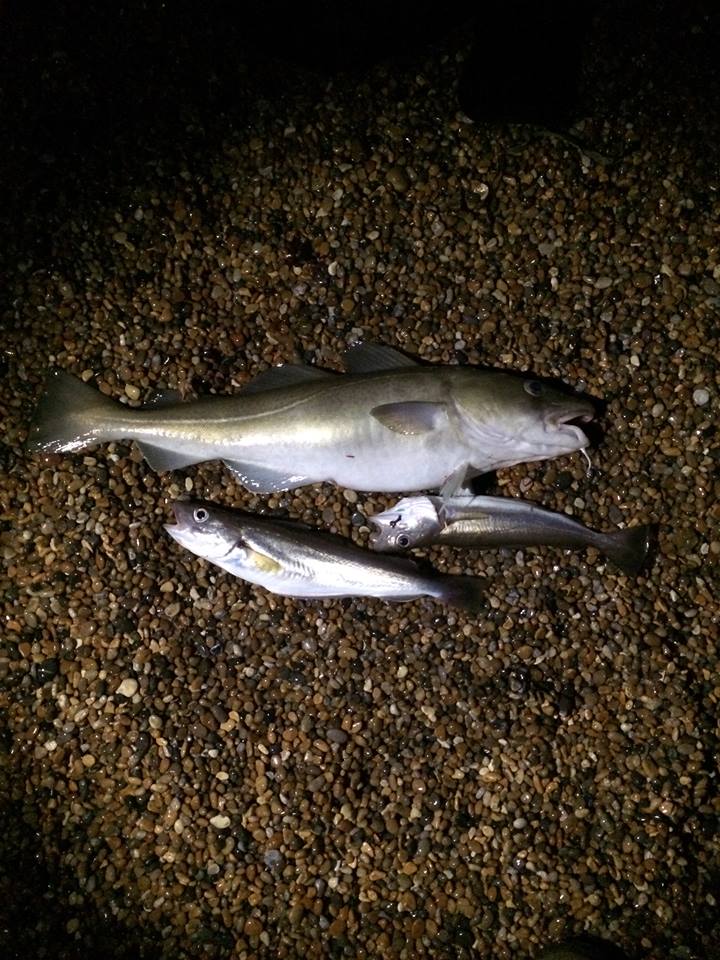 Chris Blewett certainly proved that there was some nice Cod still around, with these two beauties. 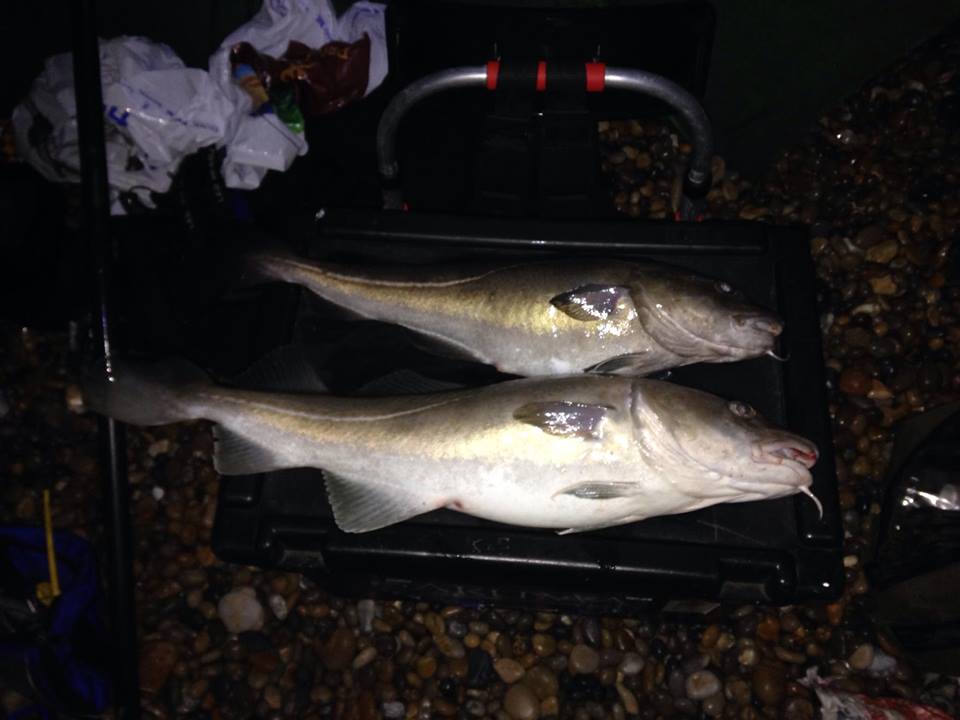 Then to top it off he caught this fantastic Conger that was bigger than himself. The Conger fell to a live bait rig and the Cod to Lugworm. 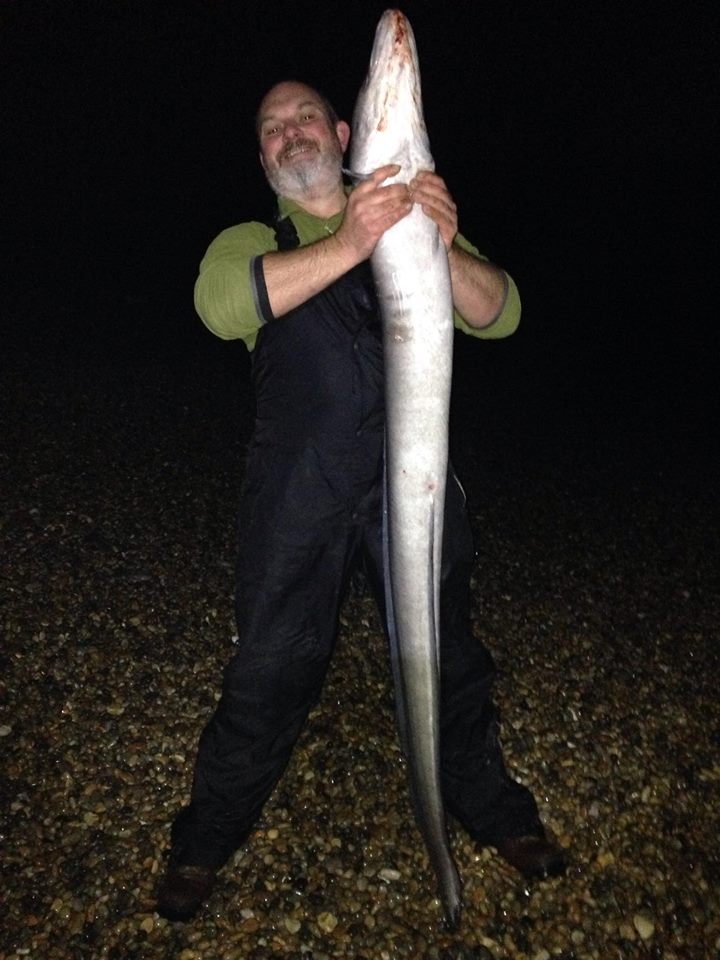 Looking towards the weekend, it looks like Chesil will be fishable up until late Saturday afternoon. The wind will build quickly from midday which will make the beach unfishable from mid to late afternoon. The wind is due to last until at least Wednesday.

Another quick plug for my guiding services for next year. If you are thinking about a Christmas present then you could ask your other half to book you a guided session for next year. I have decided to limit the number of guides I do next year, due to my desire to spend more time on creating articles and videos. My pricing will increase, but any guides bought as Christmas presents can be used at any time next year at this years prices. For more information and a price list drop me an email to sean@fishingtails.co.uk

Chesil Beach: Calm with lighlty coloured water as of 10am Friday, but this will change for Saturday afternoon, where it is most likely going to be unfishable.

Chesil Beach forecast: If you fancy a good days sport on a light rod with the Whiting, then get out quick. I was using large baits in the hope of a lucky Cod and the Whiting were still taking those. If you just want to bag up on Whiting then a three hook flapper with strips of Mackerel will do the trick.

Portland: The East side of the Island will continue to fish throughout the weekend for Wrasse and Pollock and if you are lucky some Bass. It will be a good spot to get some shelter. Once the water colours up there is a good chance of a large Bull Huss and at night there is always Conger on the cards.

Portland Harbour: I will be targeting some late Bass in the harbour tomorrow, but once the wind gets up later in the day it may colour the water up too much for lure fishing.

Areas such as Sandsfoot Castle will offer shelter from the wind and give you a chance of a Flounder and Bass.

Weymouth Bay: The Harbour and Preston are always a safe bet in a big SW blow. You never know what to expect from the harbour at this time of year. Garfish, Mackerel, Pout, Pollock and loads of mini species are all possible.

Preston is producing lots of Whiting at night, though most of them are fairly small. Dabs, Flounder and Bass are regularly caught in the conditions we can expect this weekend.