Fishing Tails > All Articles > Reports > Poole Harbour > When the wind is in the East, the fish bite the least!
Good news and Bad news! Looks like a good weekend ahead. 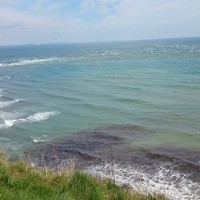 When the wind is in the East, the fish bite the least!

As the saying goes “When the wind is in East the fish bite least!”
A lot has been written about why fish feed less during easterly winds. For me and the people who fish around Poole. I think it has less to do with fish feeding patterns, and more to do with the problems that easterly winds bring.
Any forecast with the East means cold uncomfortable wind blowing in your face and generally a lot stronger than the forecast predicts.Even walking around the top of the harbour shores the white horses of the waves could be seen everywhere.
Conditions in the boat are even worse during easterlies. When the tide is  ebbing out in the the harbour the east wind blows the opposite direction creating a nasty wind against tide situation.
In and outside the harbour entrance all these forces are funnelled producing a horrible swell. Conditions that even the hardend Poole fishing fleet avoid due to its dangerous nature.
Midweek sandbanks continued to produce decent plaice and the odd small bass. Around other areas to the east good ray are being landed and on the boats some bream are starting to show.
Myself I wanted to have a go at some of the squid being caught recently. Up and down the coast.So it was back to the fishing tails motto.
HOW: Sean had covered the subject and following his lead. I set up one rod with a two hook paternoster. Instead of hooks I tied on two prawn imitation squid jigs. One I baited with a fillet of makrel whipped to the jig with bait elastic. The other unbaited. I set this up under a float fished just off the bottom. The other rod set up with a single jig set up to be fished on a simple sink and draw method.
WHERE: As described by Sean places like Weymouth pier and Boscombe pier are where the squid are being caught at the moment. Unfortunately for me Weymouth is a long way to go for a few hours fishing and Boscombe pier as far as I’m aware is private to all but a few fishing clubs. Bournemouth pier closes at 8pm.
So what to do? I trolled the Internet looking for clues about squid fishing near poole and came up with two venue’s. The first was sandbanks and the second Kimmeridge!
WHEN: l always thought that squid were caught in the winter but obviously from what I’ve seen over the Internet that’s not strictly true. From experience I knew that squid fish better over high water coinciding with dusk or dark on a calm flat sea.
So with this in mind I set off to the harbour entrance on sundown. Only to find I had missed high water and the spring tide was tearing passed me and out to sea. Not great squid fishing conditions. I thrashed the water for about an hour with the jig but it was no good. No squid!!

The following night I got my timing better and set off to Kimmeridge. The N.E wind had really picked up but I managed to find some shelter on the left of the bay. The water here is very shallow and my first cast saw my jigs float and line all snagged on the rocks. That was the end of that rod! 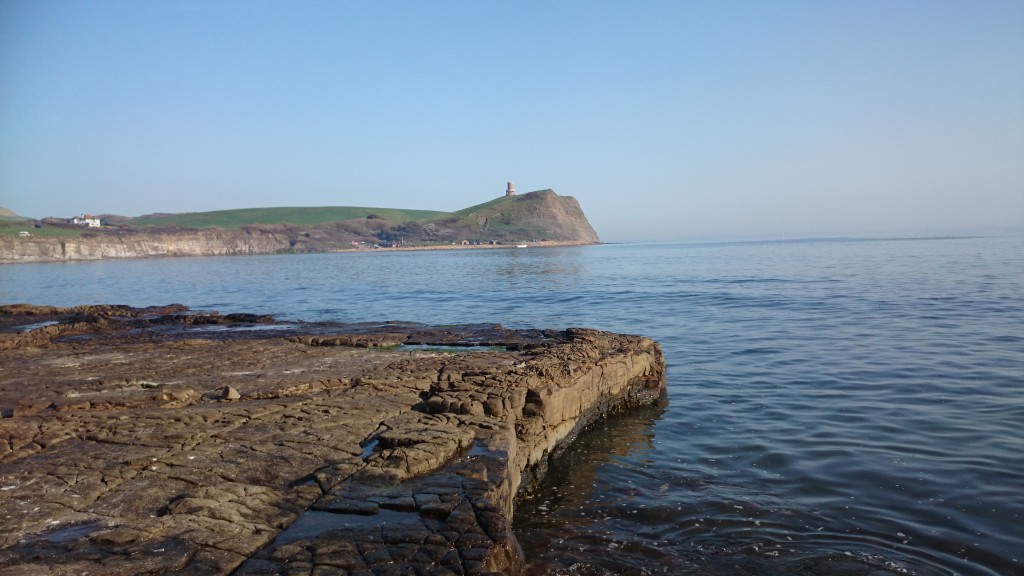 I persevered spinning with the single lure but with the constant bashing and bumping against the rocks it didn’t last long and within 30 minutes the lure had fallen to pieces. Once again squidless!! I feel a bit of a trend starting here!! 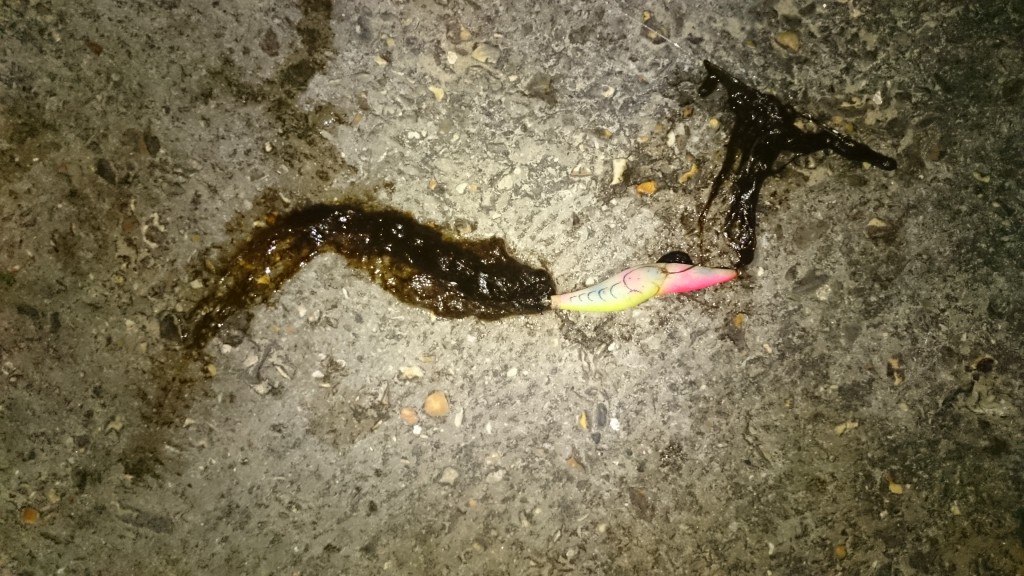 I spoke to angler who fishes Kimmeridge quite regularly and he told me that shoals of squid had been spotted there. But not over the rocks but the patches of sand and gravel between the rocks on the opposite side of the bay. This was the side closed to the public as it is part of the armies Lulworth tank ranges. Not the place to be when those big guns start going off!!
Sand seems to be the key in squid fishing .Weymouth and Boscombe are  places where squid are caught and both are situated on sandy beaches and the bottom is covered with a type of seaweed known as eelgrass. This type of eco system harbours all types of small fish, crabs and especially prawns. Perhaps that’s why the prawn style jig works so well.
The easterly winds are forecast to continue into next week. That’s not to say no fish will be caught at all! It will just be hard work for those hardy souls who do attempt it. 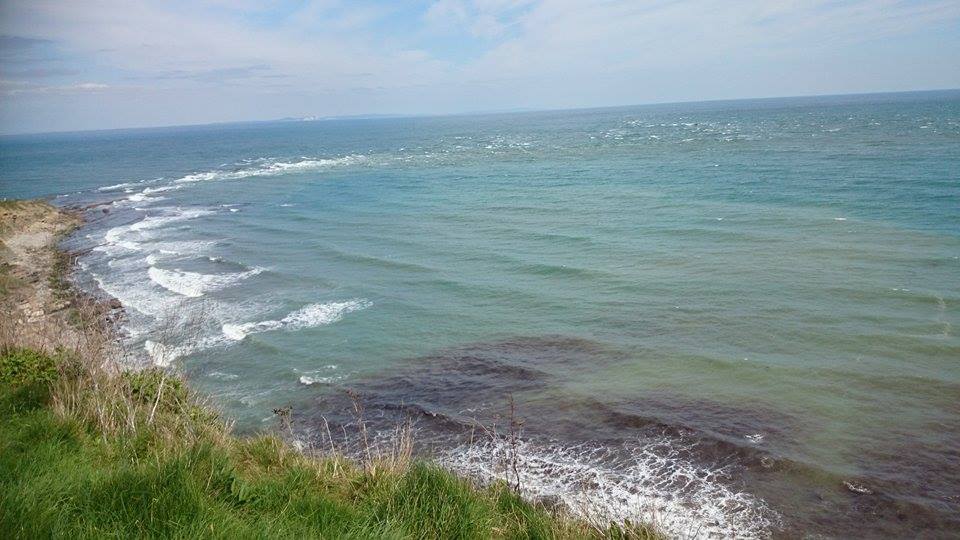 While I was fishing Kimmeridge I saw a few tell tell signs of mullet about. This is good news as mullet are a very underrated sport fish. We are very lucky to have some good mullet spots here in the harbour. This week I will be keeping an eye out for the first of these Sumner visitors. 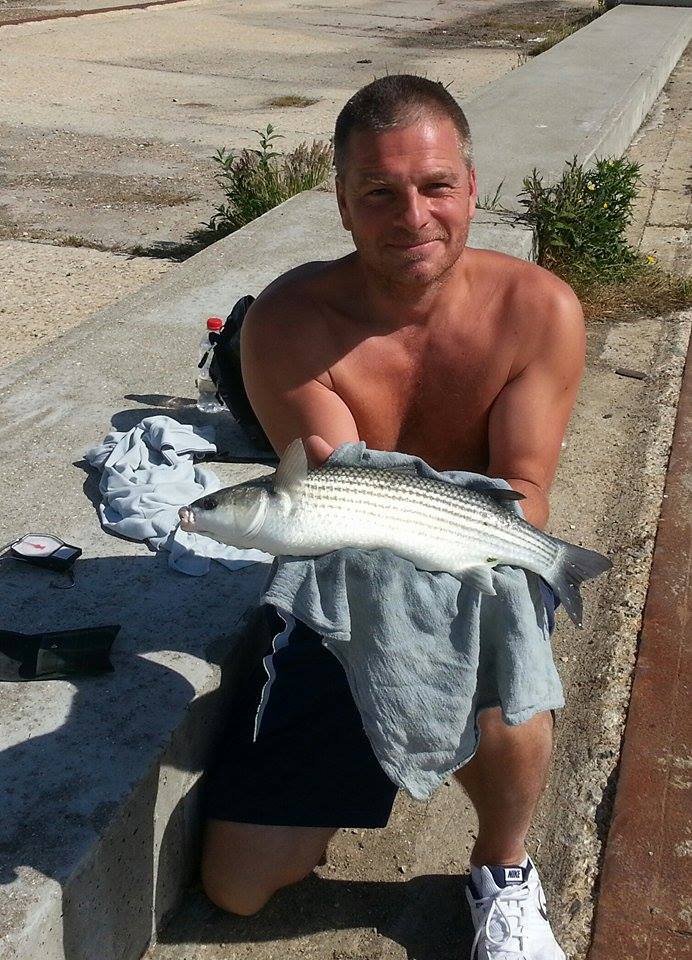 10 Responses to "When the wind is in the East, the fish bite the least!"