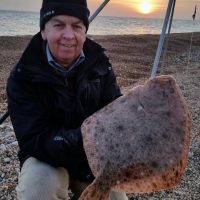 Turbot are not a fish normally associated with Chesil, but for some reason they are showing on a number of different marks along the beach. Steve Parsons landed this lovely Turbot on crab and ragworm, during a daylight session. 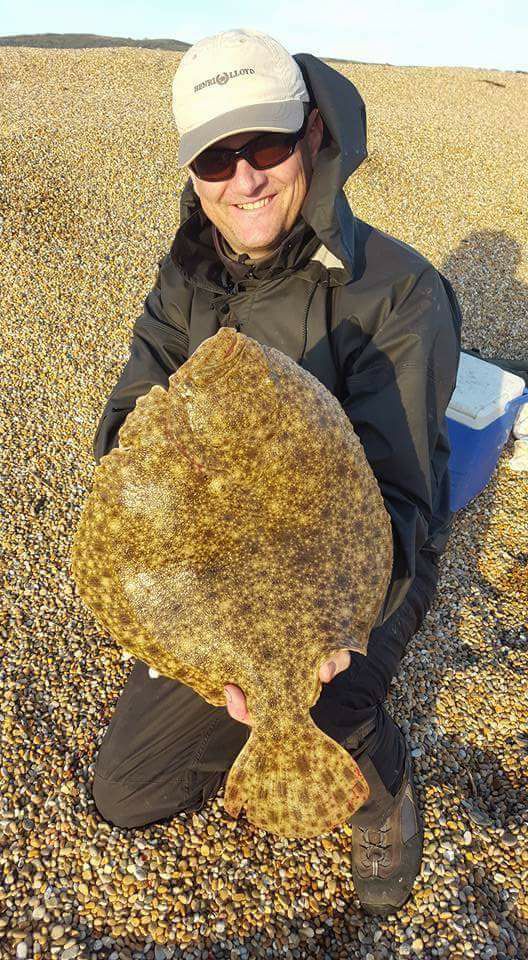 A number of larger ones into double figures have been landed on night tides. Local angler Phil Cheeseman, landed this one during the Weymouth Angling Society monthly shore competition. 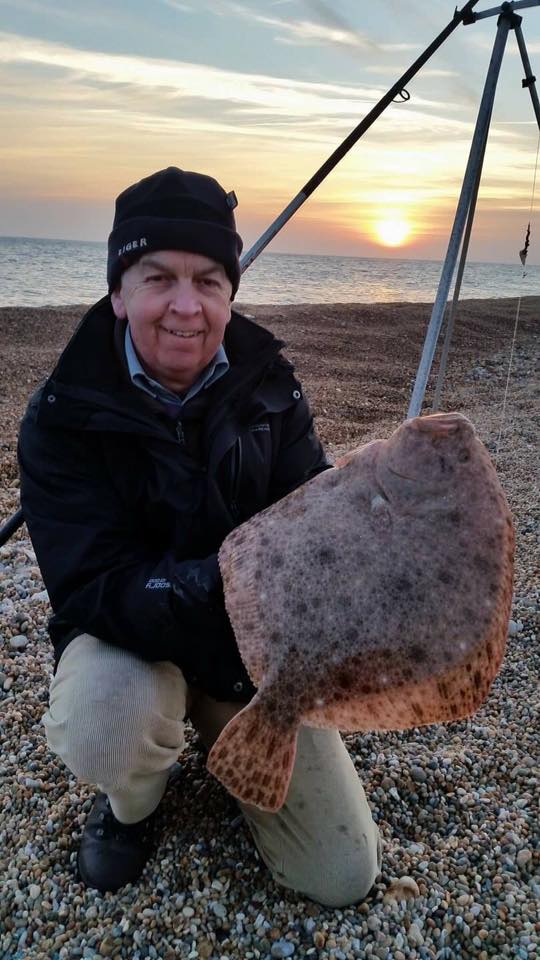 My theory is that the fish are moving out to the Shambles and have moved in from the West, passing and feeding on Chesil on the way past. Reports from Paul Whittall, skipper of the famous Offshore Rebel, suggests that the Turbot fishign on the Shambles is picking up, with some nice fish being landed, including this specimen 18lb 4oz for  Rob Thompson from Lymington, himself a charter boat skipper. 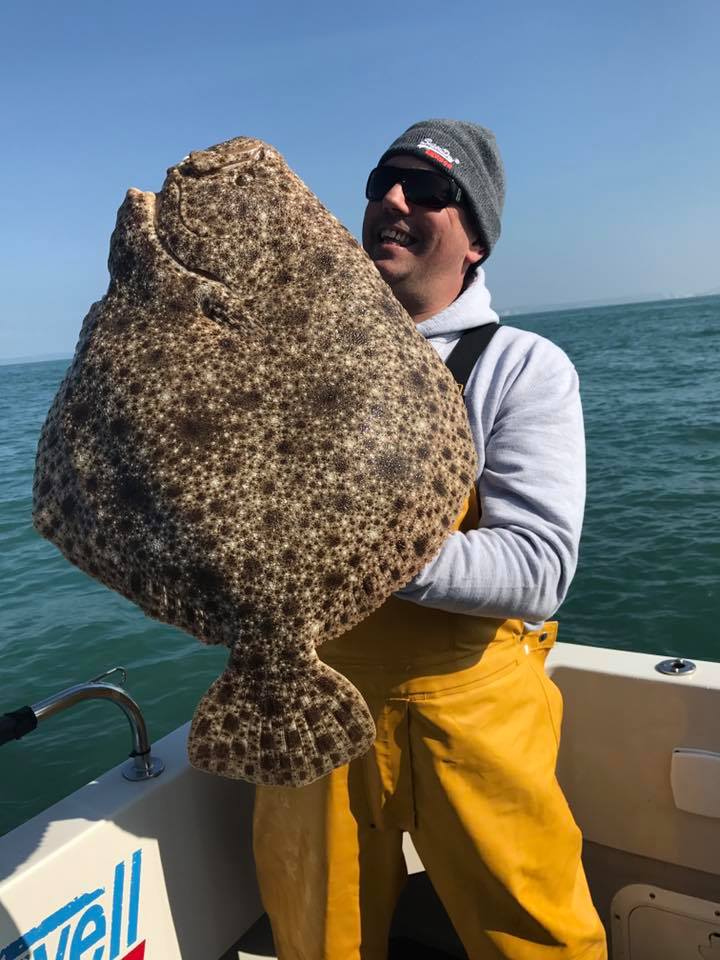 Its not just Turbot that are making and appearance, the mighty Chesil is finally waking from its post winter slumber and starting to produce some nice catches of other flat fish and rays.

Plaice are starting to show in reasonable numbers and have been for a few weeks now, Dave Barratt managed a cracking 3lb 12 Plaice and a nice Sole when they first moved onto the beach. 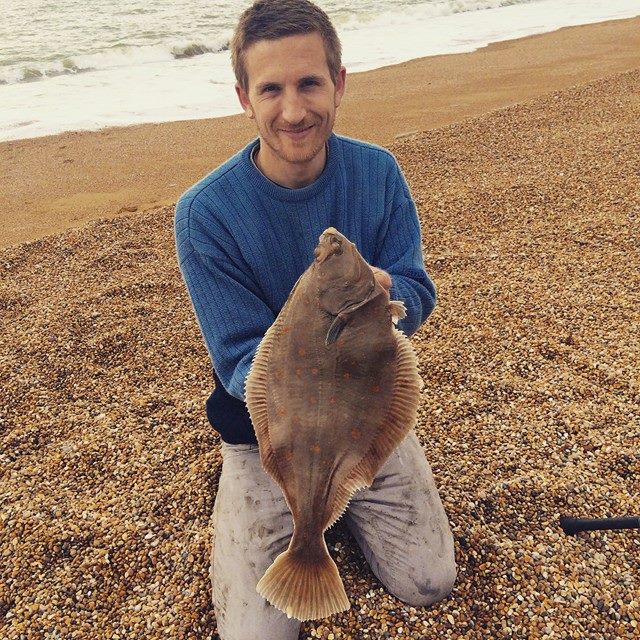 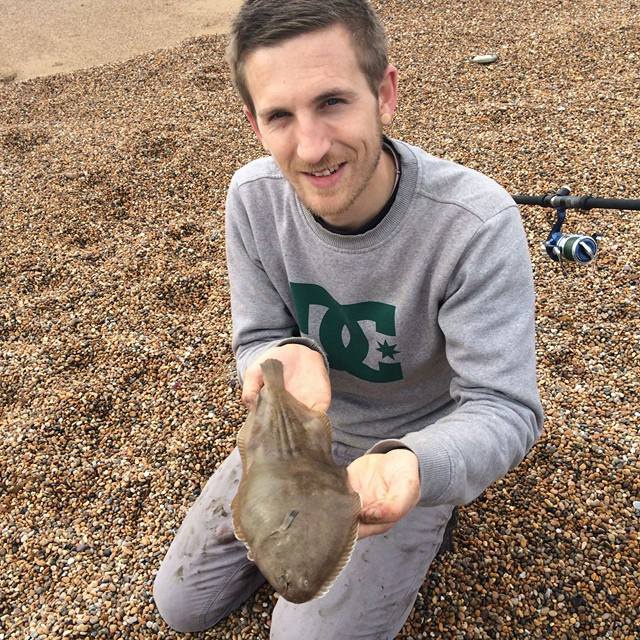 Demitri Loukanaris had a good evening session on the Western end of Chesil and landed this lovely Small Eyed Ray, just to prove how diverse the fishing is from the beach. 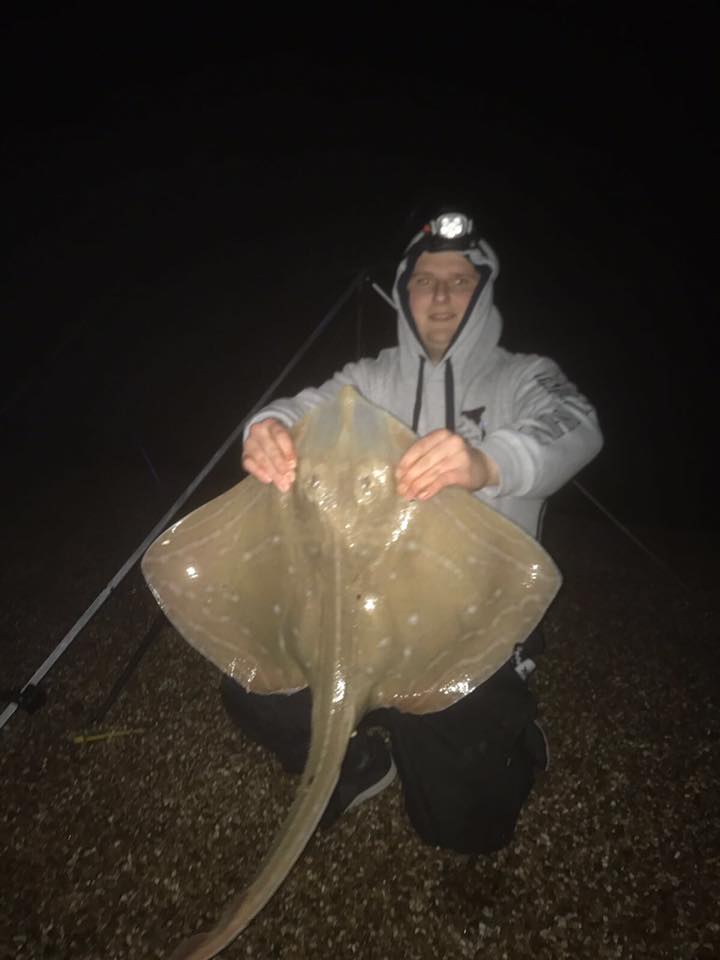 Chesil Beach forecast: It is looking good for the next few days, with light winds and plenty of sunshine. Expect to catch Plaice and Rays from the western end of the beach, especially Abbotsbury. The rays are most likely to be caught during the hours of darkness on fish baits. I prefer Sandeel baits, but Mackerel or Blueys will work equally well, if the Dogfish don’t get to them first. Plaice can be caught on Ragworm. I prefer to use a Wishbone rig or a single clipped down rig.

With plenty of baitfish around the Mackerel are starting to show. I love the first Mackerel run of the year, as you know the Bass wont be far behind. Expect the Mackerel to show all along the beach, but it may be quite  wait between the shoals moving up and down the beach.

Portland: Conditions are good for both Pollock and Wrasse from the rock marks, especially around the Bill. I always use lures for Pollock, but they can be caught on float fished strips of Mackerel or ragworm.

The Wrasse are now starting to take lures, as they become much more aggressive as the water starts to warm. Small paddle tail lures or Fladen Verms are excellent choices for an early season Wrasse on light gear.

Portland Harbour: The bait fish are showing in numbers within the harbour. This means that Garfish and small Pollock will follow them in. It wont be long before the first Bass also start to appear.

Flounder are around in numbers at Sandsfoot Castle and Hamm Beach and the first Mullet could make an appearance as well.

Weymouth Bay: The piers will start to liven up as Mackerel and Garfish move in. I have had reports of lots of baitfish and Garfish showing from the Stone Pier.

Preston Beach will be fairly quite for a little time yet, but its still possible to catch Dabs and Flounder at close range. It may well be worth targeting the beach at night for a Ray.

7 Responses to "Turbot and flat fish surprise on Chesil"