Fishing Tails > All Articles > Reports > Chesil Beach > Tuna off Portland
My best weeks fishing so far this year. How to fish for Mullet 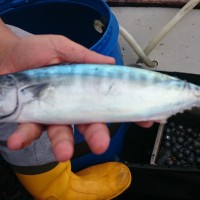 For a couple of weeks now I have been hearing reports about Tuna being caught on the south coast, and this weekend I was lucky enough to actually witness one. I have spent most of the weekend fishing on the boat, with our main target being Bream, Plaice and Bass. Although I was guiding someone in their own boat, we were having a bit of a mini competition with Liam Procter, one of the skippers on one of the commercial Bass boats. The aim was to catch as many different species as possible. We did very well with plenty of different species and some nice Bream. I managed to land the biggest Scad I have seen, which went just under 2lb. However Liam decided to go one better. As well as Bream, Plaice, Gurnard, Pollock and Cod, all from within casting distance of the shore off Portland, he managed to catch a Bonito, whilst feathering. Even though it was only the size of a Mackerel, it went like a rocket. He said that several others followed it up. It really does look like Tuna may be a more frequent visitor to our shores in the future.

Fishing from the shore has been very good over the weekend with plenty of Bream, Gurnard, Red Mullet and even a few Bass making an appearance. 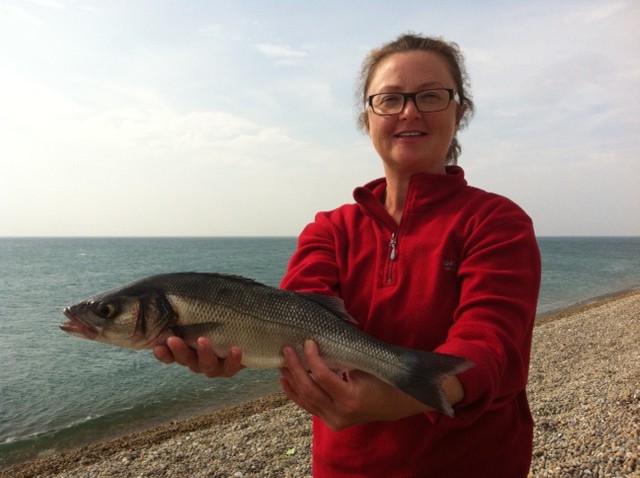 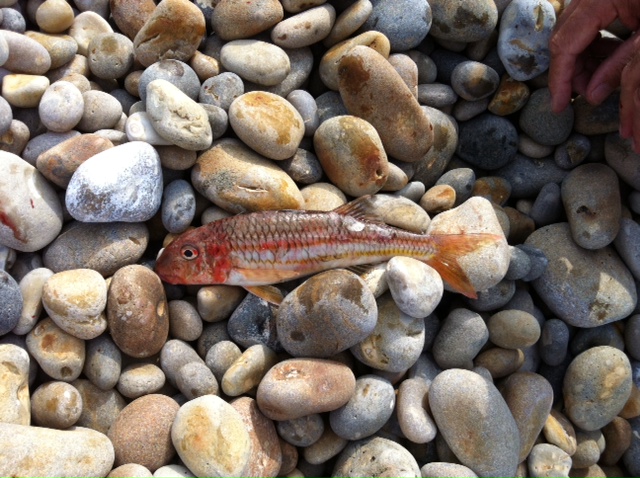 I will be spending the day filming on Chesil today. I hope to make a video on how to catch Garfish. They are around in good numbers at the moment, and they really can be easy to catch. You dont have to cast far and the set up is simple. Just use a bubble float a 12 to 18 inch hook length and a size 2 or smaller hook baited with a strip of Mackerel. Hopefully the Garfish will play ball and I will be able to put up the video later in the week.

It is a good idea to check back regularly this week, as I have something new almost every day, starting with an article on Mullet fishing tomorrow.

Chesil Beach forecast: Fantastic fishing to be had from Chesil. Bream, Gurnard, Red Mullet, Garfish, Mackerel and Bass to name a few. The Cod are still around, and with some nice tides this week, I would expect to see Smoothound and Rays.

It would not be unusual to see a few Sole being caught this week. Conditions are almost perfect, with calm clear waters. They are normally targeted at night, but can be caught during the day as well. Lugworm on a size 4 hook cast out no more than 80yds is normally the best tactic. Best marks are Cogden and West Bexington for Sole.

Portland: Talking of Sole, Church Ope Cove is another mark that can produce some nice Sole in September. I know it can be a bit of a tackle graveyard there, but if you keep between the centre of the beach and the old winch on the beach to the left, you should get your tackle back. It is a good idea to use a simple running ledger. To show you what we mean, I made a short video with Gavin Tyte to demonstrate.

Portland Harbour: The Mullet are starting to shoal up into very large shoals in the deeper water in the harbour. This makes them easier to catch from the boat, and more difficult from the shore. The harbour is producing plenty of Scad and Garfish. I expect to see some Bass in the harbour this week.

SUBSCRIBE
My best weeks fishing so far this year. How to fish for Mullet

One Response to "Tuna off Portland"