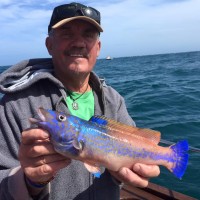 Boat fishing catch reports for Weymouth and the other parts of the South coast, have always been a bit patchy on the site. Don’t get me wrong I love doing them, but at the moment I am really struggling to find the time to do them. I have only really included this one because myself and Adrian didn’t manage to put together the start of the lure basics series in time. It was so much easier to produce this report, simply because the boat fishing has been really good recently, and finding new pictures and material has been easy. If you have an interest in boat fishing and would like to contribute to the site, or even produce regular boat fishing reports, then please contact us.

Taking a look at some of The catches from the previous week, we can see that as usual fishing out of Weymouth at this time of year is fantastic. Trad Casey skippered Gypsy on a recent Weymouth Angling Society monthly comp, put the anglers on to a great variety of species. Cod, Thornbacks, Bull Huss, Ballan and Cuckoo Wrasse were just some of the species that they caught. It was nice to see Bream returning.

The Shambles has been producing some nice Plaice and a few Turbot. It would seem that the attention of the trawlers has made Turbot fishing a bit poor compared to the previous couple of years.

Trads son Ryan, who now skippers Meerkat has been out on the wrecks catching plenty of Pollock and Cod. Inshore he has done well, including these nice Tope. 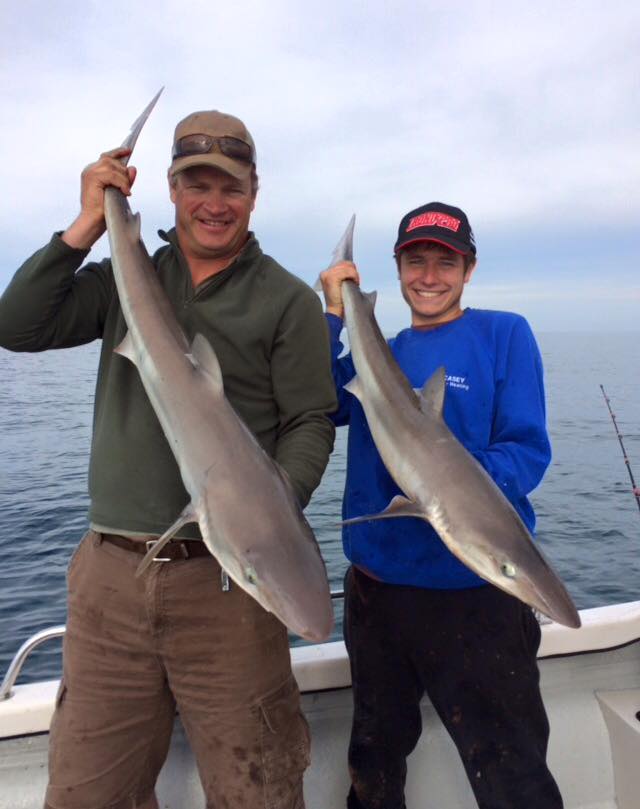 Wild Frontier has been busy over the past week. Skipper Clem Carter has done a great job putting his customers on to some lovely fish including this spectacular Tub Gurnard. 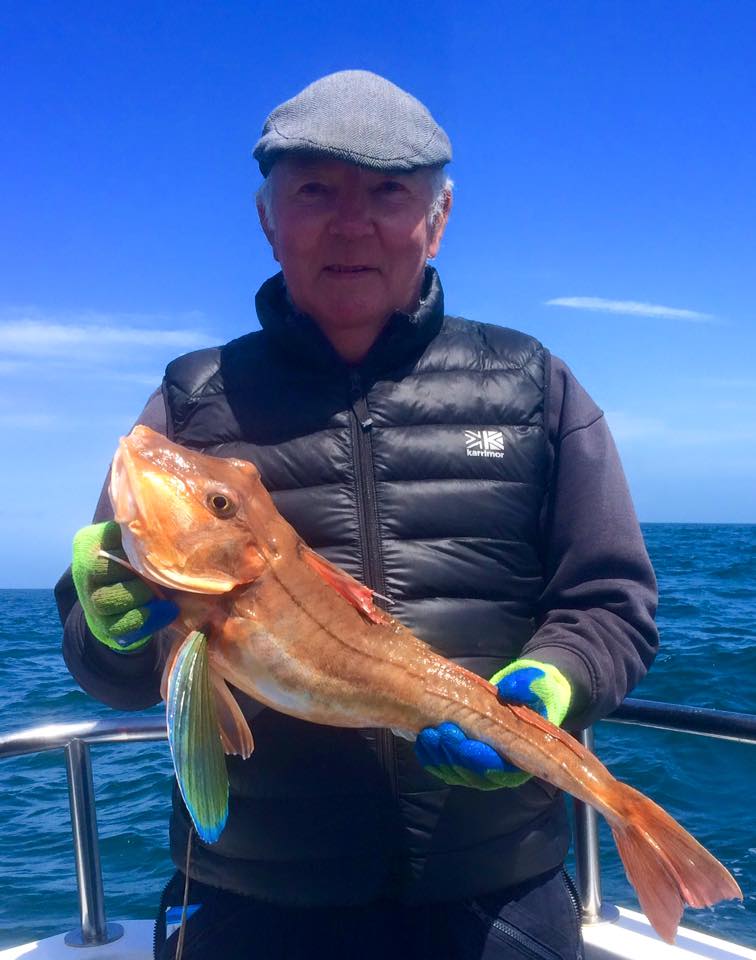 As many of you may know I bought then quickly lost a Waterwolf underwater camera, which has been specifically designed for filming fishing exploits. Despite my better judgement I have bought another one and have been using it this week. I was out guiding a father and son, in there own boat yesterday. They own a lovely 17ft Boston Whaler, which was ideal for the three of us to get to numerous marks around Portland.

We had a good day with plenty of different species including, Pollock, Wrasse, Mackerel, Cod and the first of the Bream. All the fish were caught close to the Shore, proving that you don’t have to go far to reach some great fish. Towards the end of the day, we anchored just outside Portland Harbour in the search of some Ray. We had Dogfish within a few minutes, and plenty of other bites. I decided to put my WaterWolf down to the sea bed on one of the lines; just to see what was down there.

I didn’t have a great deal of time to film (less than 15 minutes). During that time we one had a couple of small bites. When I got home I looked through the footage, and I was amazed by what I seen. Firstly I was surprised by the make up of the sea bed. It was not the clay bottom that I believed made up most of the harbour area. As you can see from the short extract of video, it is a combination of soft gravel, sand, shells and a fine silt.

The number of fish that turned up to look at the bait in the short period it was in the water was also surprising. In the short section I have uploaded, you can see that there are several Dogfish and Bream. I can assure you there were many more fish around. It just goes to show we have no idea what is down in those hidden depths. I can’t wait to film more underwater footage.

Our Photographer Gavin Parsons, will be doing a full review on it within the next month.

4 Responses to "The hidden depths"