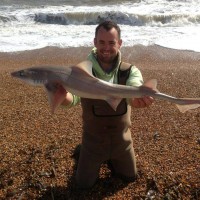 The effect of water temperature on fishing

The importance of water temperature on fishing can not be ignored. Temperature is one of the main triggers of fish movement and this is clearly evident this year. The water temperature is 2.4 degrees warmer at the moment that it was this time last year. Fishing over this same bank holiday last year was pretty poor. This year we have had some nice fish come in early, including Bream and Rays on Chesil. We have also had some nice sized Smoothound this week, as this picture of Ben Stockley holding an 8lb hound shows. 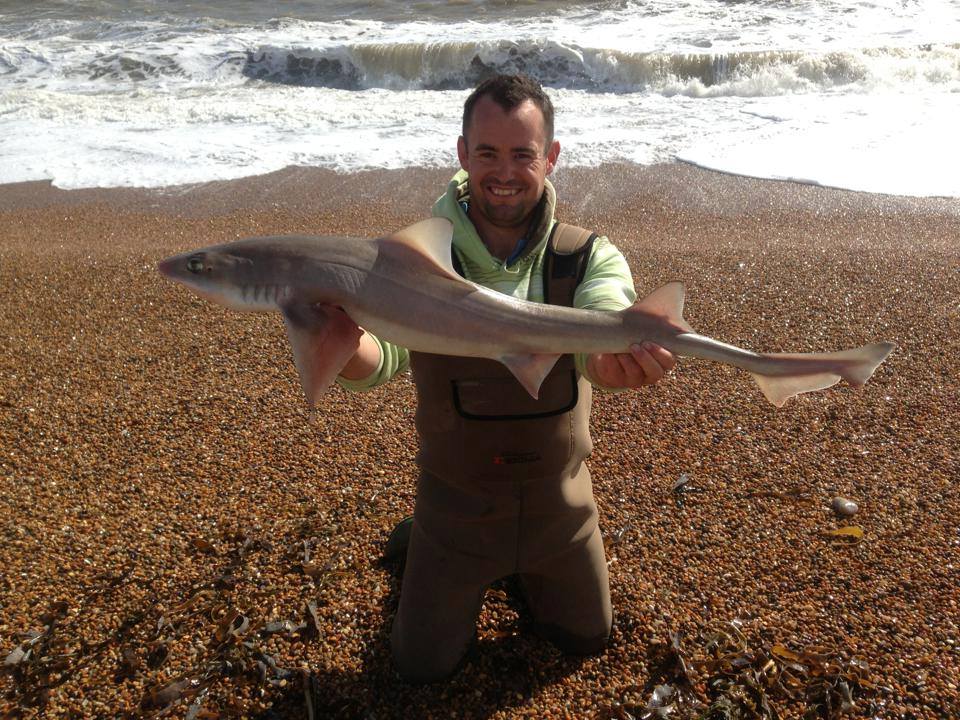 Last year was very poor for species like Red Mullet and Trigger Fish, with above average water temperatures already, we may see a lot more of them this year.

Chesil Beach: A bit choppy with 1m waves. The water is slightly coloured.

Chesil Beach forecast: Mid sized tides and slightly choppy conditions are going to provide some good conditions for fishing Chesil today. The May water is not causing to many problems, but there is a bit at the Abottsbury and West Bexington end of the beach. It is a bit clearer towards Portland. I can see more Rays, Smoothounds and Bass being caught today. The baits that have worked over the past couple of days have been live Peeler and frozen Sandeel. Plenty of Mackerel down the Ferrybridge area.

Portland: Portland does not seem to be suffering from the May water at all at the moment. Water clarity is good and with only a small swell, conditions for Wrasse fishing are almost perfect. There is a good chance of picking up some nice Pollock of the Bill and towards the crane. White soft plastic lures such as Red Gills, Sidewinders and Savage Gear Sandeels work very well for the Pollock, and take the odd Bass as a bonus.

Portland Harbour: Finally some fish are showing in the harbour. Ragworm has taken quite a few Bass and Flounders recently from around Ferrybridge and along the Rodwell Trail. I will always favour lures in these conditions. Splashy surface lures or poppers work very well in small choppy wavelets.

One Response to "The effect of water temperature on fishing"