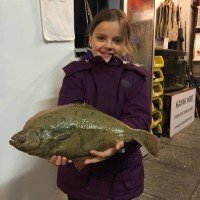 The difficulties of fishing Chesil

Lots of anglers hear great reports of large catches, or big fish being caught on Chesil, then get very disgruntled when they end up blanking or having a poor day. That my fellow anglers is fishing for you. Chesil is probably the most over rated beach in the UK. Don’t get me wrong, if you are there at the right time with the right bait, you can have a brilliant session. What most anglers seem to forget is that Chesil is 18 miles long. The fish are often concentrated in very tight areas and feeding on one specific bait. That might be Mussels or Ragworm. In the winter the Cod can be on Peeler Crab one day and will only touch Black Lug the next.

Tides have a huge effect on different species on Chesil. Two of the biggest misconceptions about Chesil is that it fishes best over high water and on Spring tides. Many anglers turn up to fish from low water, then leave an hour after high. I have had far more fish on the ebb and over low than the other way round. Spring tides, especially large ones like we have just seen, are often too powerful for many fish to feed in during the main periods of flow. This limits the prime fishing times to the hour over low and high water.

The secret with Chesil is to get to know it and target the species you are most likely to catch in the forecast period. Two good examples came from good local anglers over the past week. Ben Stockley decided to fish the Abbotsbury area on Tuesday. Despite fairly coloured water he put out a bait for Plaice and another baited with a fish bait for Ray’s. He managed 11 Plaice, 1 Dab, 5 dogfish and a stunning 10lb 3oz. Small Eyed Ray. He went back a couple of days later to the exact spot and managed another Small Eyed of 9lb 12oz. and two Thornaback of 6 and 7lb.

Local angler Ryan Casey also decided against going for Plaice and headed towards Abbotsbury in search of Ray’s. After several hours without any action, Ryan decided on a short move. This resulted in a couple of nice Blonde Rays and this Small Eyed Ray 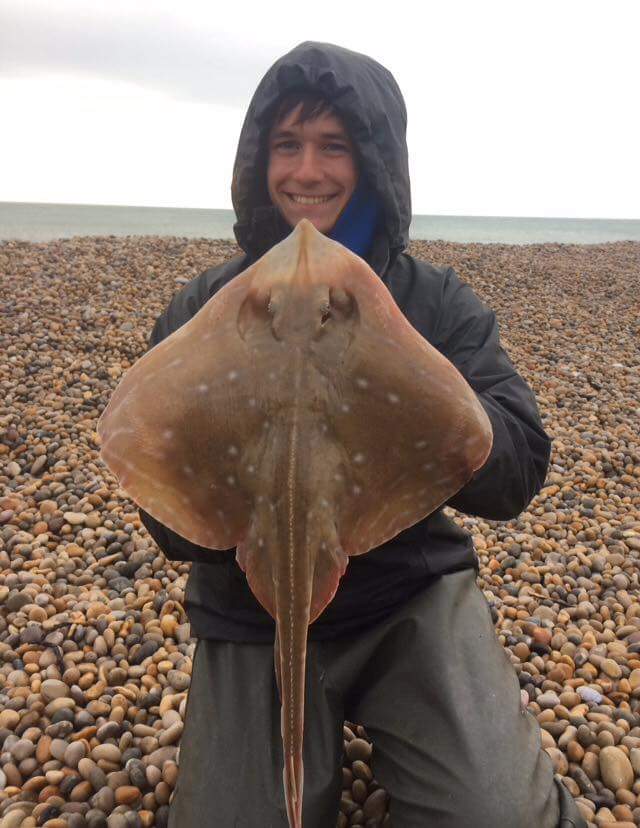 Todays report seems to be all about flat fish. Lyme Regis angling club held there Flounder competiotion on Saturday. 8 year old Willow Herbert showed the adults how to do it by catching the winning flounder weighing 575g from only 10m out. She used a Pulley Wishbone rig complete with pink beads and Black Lugworm to catch the winning fish. 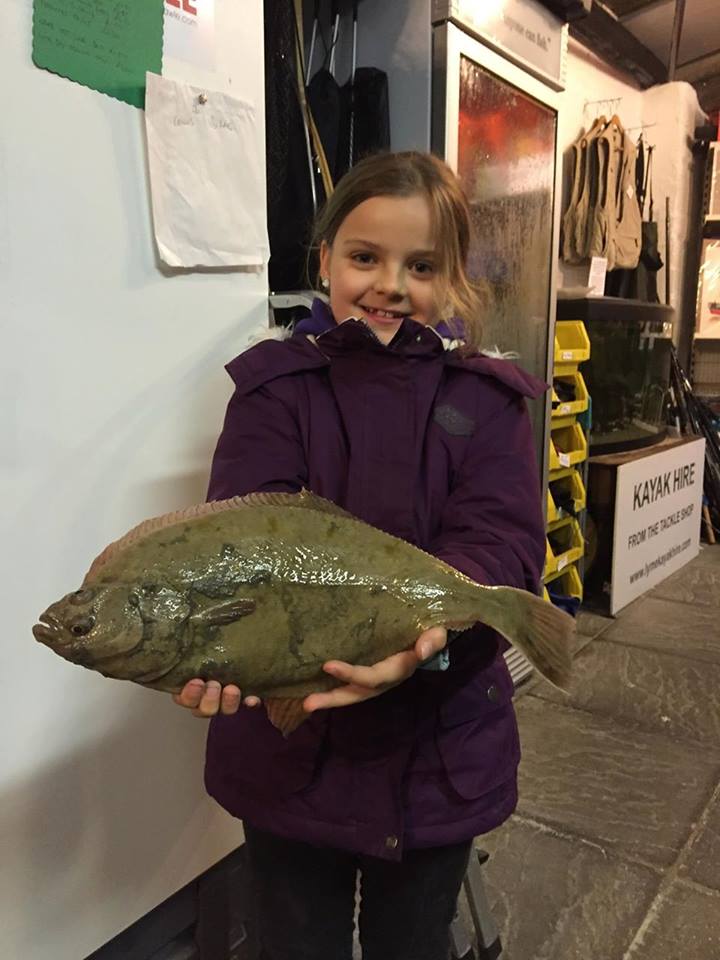 Chesil Beach forecast: the coloured water will stay with us for a few days, giving you a chance for one of the Ray’s. There will be plenty of Dogfish and Pout until the water clears a bit towards the end of the week. As the water clears and the tide drops you will have a good chance of a Plaice. There is also a good chance of early Mackerel from the Ferrybridge end of the beach.

Portland: I didn’t have the time to go for a session on Portland at the weekend, but I will be fishing it on Thursday, when I believe I should get some Wrasse and Pollock on lures. Night tides will produce the normal Pout, but there is a good chance of some large Rockling and a Conger or two.

Portland Harbour: I am starting to see some terns and gulls working the bait fish in the harbour. This is a great indicator that the Bass will not be far behind. Flounder are also returning to the harbour, with Sandsfoot Castle and Hamm beach a good mark.

Weymouth Bay: The main news is the mullet that have moved into the harbour. A lot will have moved up to Radipole Lake already, but there are still lots in other parts of the harbour. Like Portland Harbour, the Flounder are returning and the piers regularly produce Wrasse, Pollock, Whiting and Pout.

SUBSCRIBE
The Mullet are back My favourite Bass flies

5 Responses to "The difficulties of fishing Chesil"