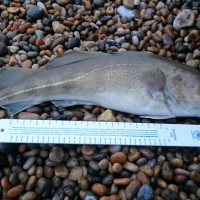 The Cod are back

I know that we have been catching Cod for a number of weeks now, but most of the time it has been after a decent blow. This week it has been different. It would seem that the Cod have come in as part of their normal winter feeding pattern. Despite far from ideal conditions there has been a good number of Cod landed including a double figure fish for local angler Matty Mizen.

Another local angler Bradley Price had a great night near Ferrybridge. He managed loads of Cod and a huge Squid, as well as several other species. 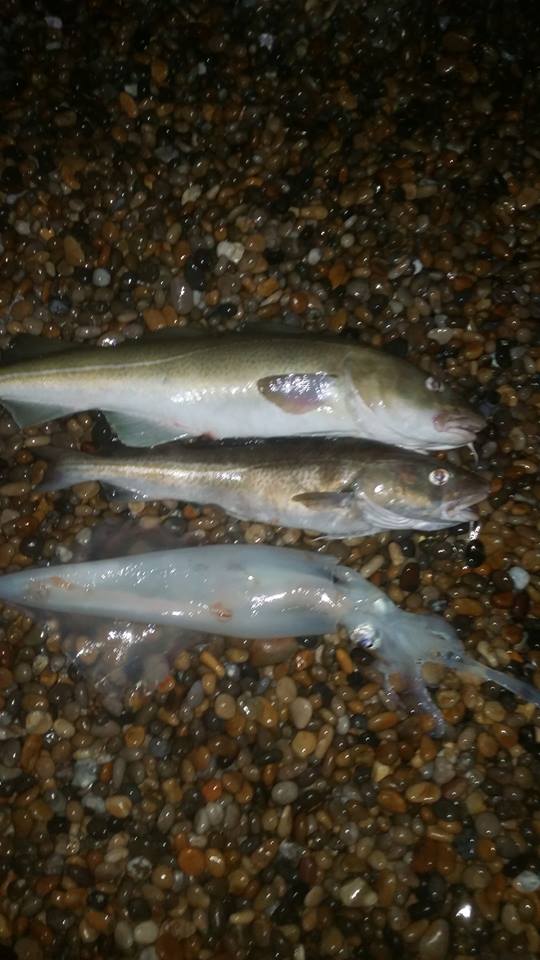 I guess everyone wants to know when Chesil will be fishable. With the wind forecast so unpredictable it is difficult to be certain, but looking at what it should do over the next few days, this is how I think it will play out: Today will be tough, but it should be fishable with care. You will need to be a reasonable caster to get past the surf line and keep your line from being buried in the shingle. That means a cast of around 60 to 70yds into the wind. That is not easy, especially with a large bait. Saturday during the day is a no go. However, this is where it gets interesting. There is a drop in the wind, forecast for around 6pm. The wind will drop considerably and then swing to the SSE during the early hours of Sunday morning.

There is a high risk that the timings will be out, so have a long hard think if you are traveling from outside the area. Sunday looks a better option, as the wind will still be strong, but the water should be well churned up and the fish should be in close. However once again you will need to be a decent caster to get out past the surf line, which will most likely look like the conditions in the picture below. 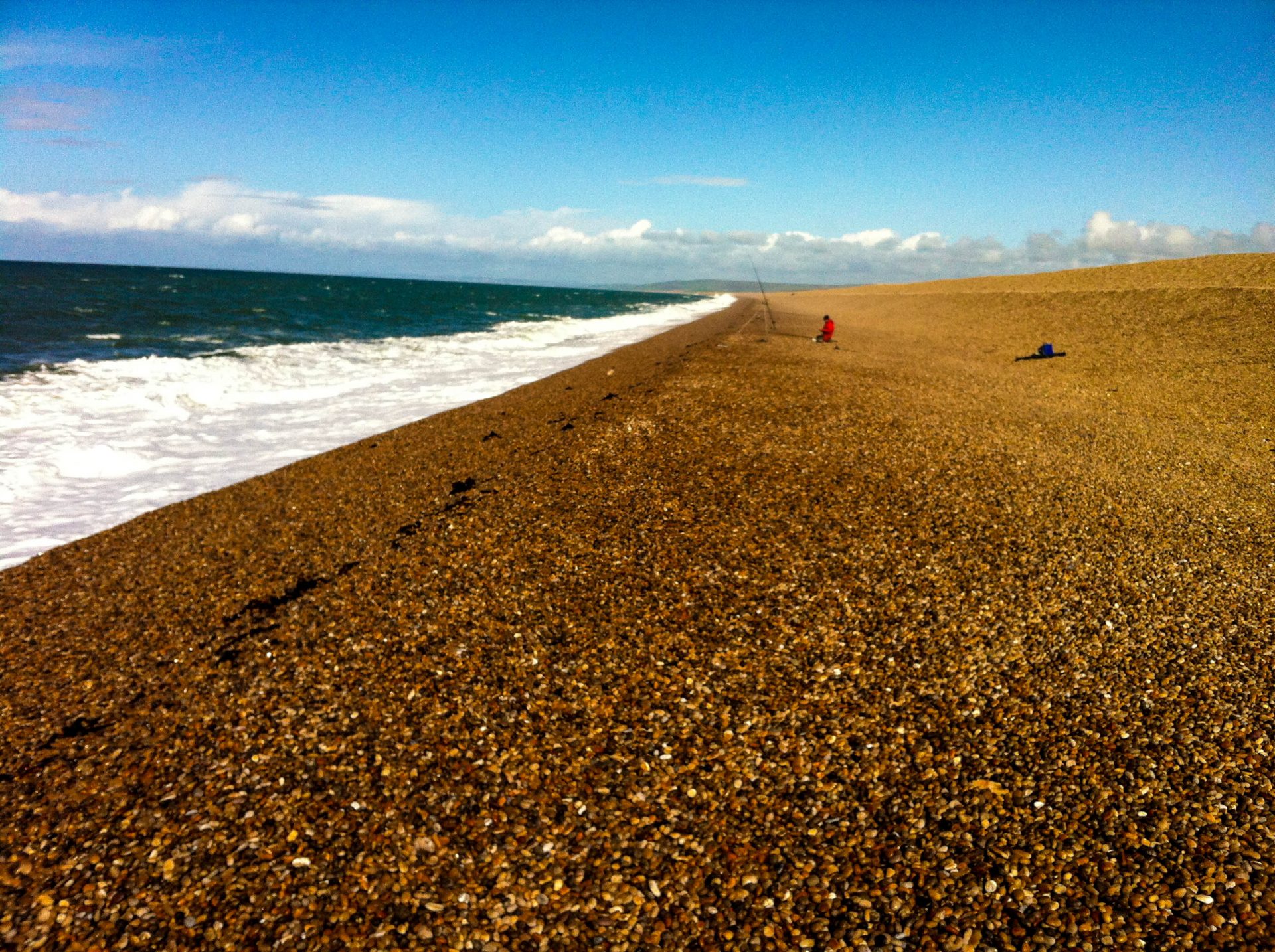 So what else is happening locally? I managed to get out on a charter boat this week. I didn’t go out with Luke Pettis my normal skipper, as his boat is out of the water for a few weeks. instead I was out with Weymouth’s other young gun, Ryan Casey on Meerkat. We had a great day catching some lovely big Black Bream, Cod, Conger and despite my moaning about drifting the Shambles. I managed my first ever Brill. Despite trying he didn’t manage to get me my first Undulate. I think I might offer a prize to the first person that helps me get my first Undulate Ray. 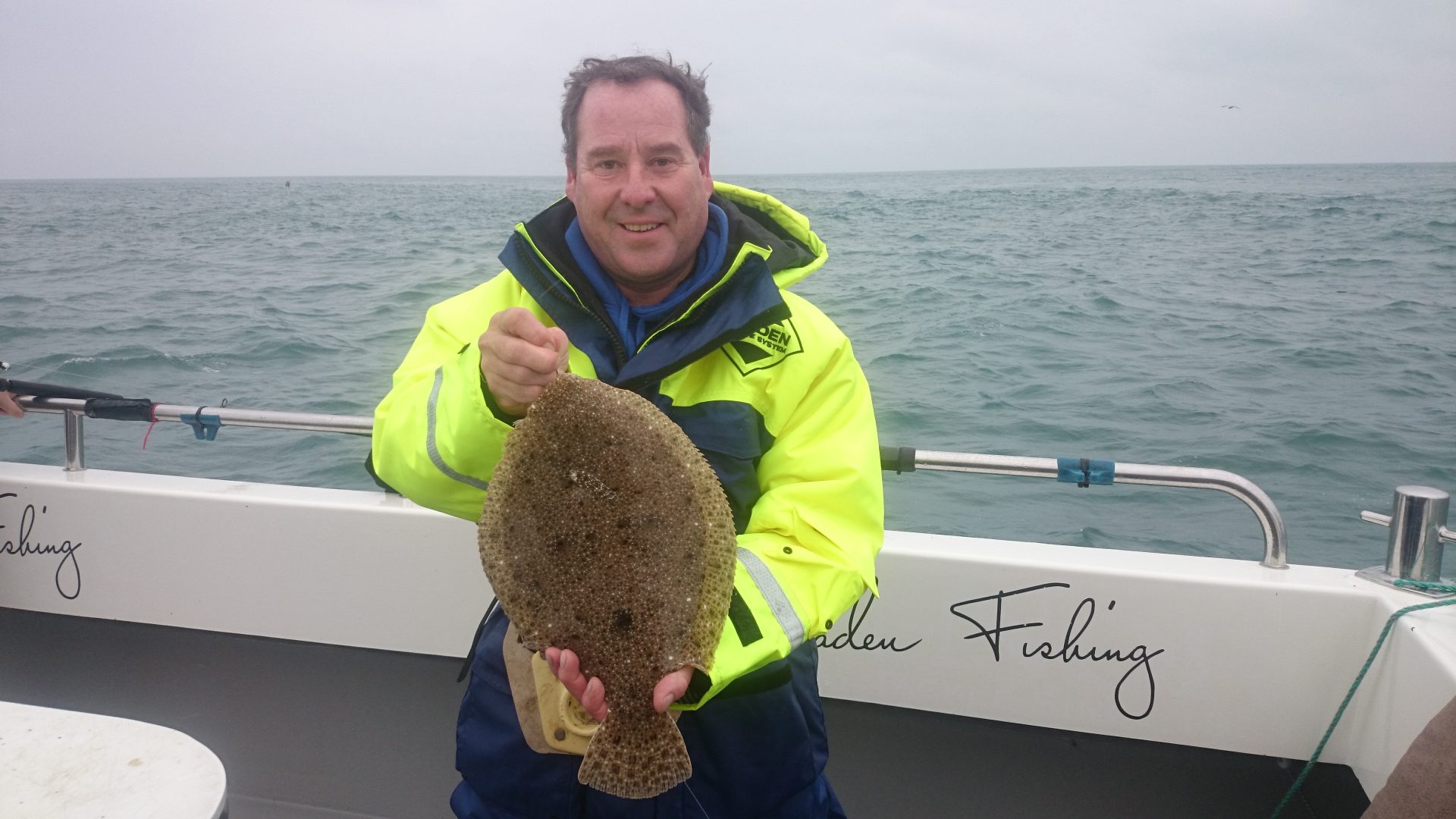 For the past couple of days Ryan has been taking part in a 2 day Species Competition from Weymouth. Having heard that they managed to catch 25 species yesterday, I wish I had signed up for the comp. All the species were caught within 2.5 miles of Weymouth. They even managed a few Red Bream, which are now almost unheard of in this area. 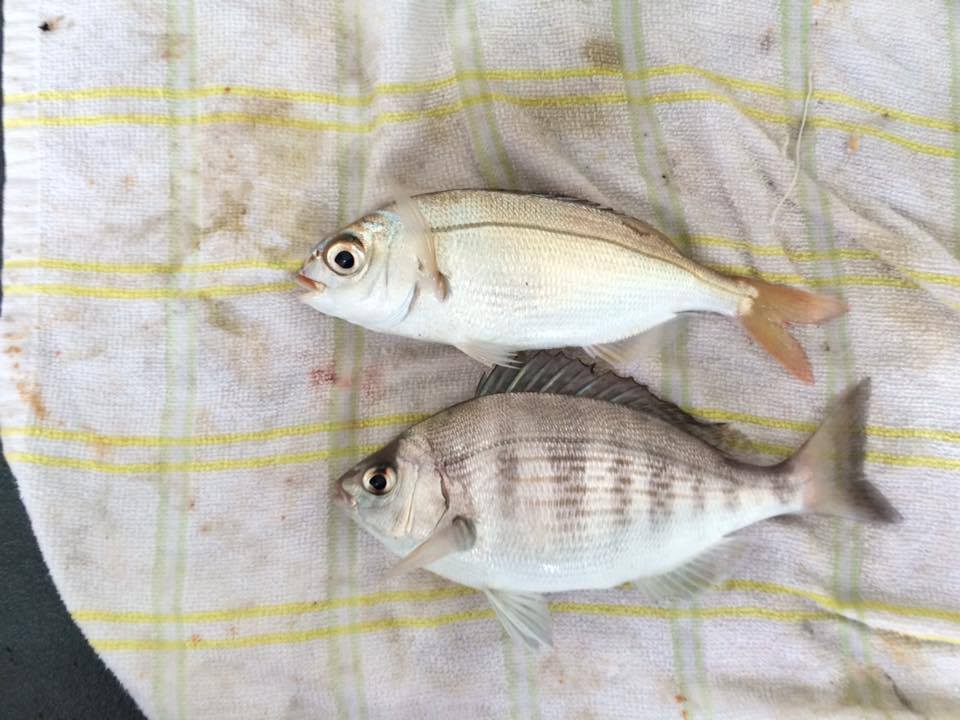 Chesil Beach forecast: Despite the reasonably strong wind this morning, the sea has not yet built up. Casting will be fairly difficult, but as the water builds and colours up, the Bass and Cod will move in.

The Abbotsbury end of the beach will colour up first, but it is also more difficult to cast out past the surf there. At the Portland/Ferrybridge end, the surf will be larger, but the distance you have to cast to get beyond the surf is much shorter. I prefer to fish the Portland end for Cod, but other people prefer West Bexington and Abbotsbury.

Use big baits to attract the big fish. Whole Squid if you can cast it out far enough, or lugworm and Peeler Crab for the best scent. I have been using Pulley Pennel rigs, or an up and over Pennel rig with 4/0 hooks as my rig. I have found the up and over to produce more fish this year.

Portland: While I am waiting for the sea to build I may have a go for some Bass on a lure from the Bill. You have to fish on the ledges that are well above the waterline and use a diving lure. It will only fish  about 6 inches deep because of your elevated position, but you need something to bite in and not skim across the top of the water in the wind.

You could also try for a Wrasse until the water colours up. This is one of the best months for big Wrasse.

Portland Harbour: Smaller tides are never great in the harbour, but at this time of year, there is always the chance of a big Bass.

Weymouth Bay: If you don’t want to be battered on Chesil then Weymouth Bay provides easy sheltered fishing. Preston has been fishing well for Bass recently and if you can get through the small ones then you may well get a decent Bass.

The Piers are always a good bet in a SW. I tried for some Squid from the boat on Wednesday and once again used my camera to see what was happening. Unfortunately there was nowhere near as many Squid as there was a week ago.

2 Responses to "The Cod are back"