Fishing Tails > All Articles > Reports > Chesil Beach > Technology overload
A quiet week on the beach. Not for the Fishing Tails team! Only three fishing weekends left this year. 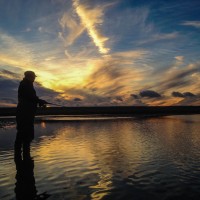 The past few days have not been spent fishing, instead I spent a lot of time trying to sort out a Google Hangout on air, so that we could do our first live broadcast. It was supposed to include our Tech Guru Adrian. Unfortunately for multiple reasons I was not able to bring him in, so I ended up doing it on my own. You can watch it below.

It was far from what I had hoped it would be and I spent the remainder of yesterday trying to work out what went wrong. It seems that Google are some way away from having the software at the level it should be. However I did learn a lot and the next one, which I hope will be next week, will be so much better.

I mentioned earlier in the week that I would be featuring a Christmas wish list from the Fishing Tails team. I got an email from Gareth who is head of one of our partner sites, Online Fishing TV, to say that they had just launched their free App on the new Samsung Smart devices. For around £60 you can buy a Panasonic or Samsung Smart Blu Ray player, that turns your TV into a Smart TV. This will allow you to watch the non premium content from Online FIshing .TV free of charge. So for me I think that makes it on to my Christmas wish list. For more details have a look at Smart PLayer 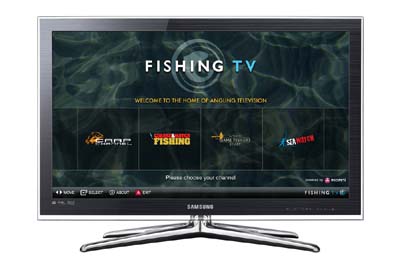 I mentioned last week that I was going to have a full day lure fishing, to see whether it was still worth fishing for Bass, or give up until next year. I was joined by Adrian, who drove down from London to be with me at an unearthly hour well before dawn. We headed for a mark on the Purbecks and arrived just before dawn. When we got to our chosen mark, we found someone else obviously had the same idea. I asked him whether he had caught anything. “Not yet was his reply”, but two casts later and he was into a Bass of around 6lb. That got our blood flowing.

As it turned light the other angler disapeared, but the fish had not. I looked in front of me and I could see loads of Mullet feeding on the maggot being washed out of the weed. I changed my lure to a Calm minnow, that has caught me Mullet before. It was not long until I had a hook up. The fish tore off, but quickly got off. I checked my lure and noticed one of the leg of the treble had snapped. This happened twice more, before I decided that I needed to use another lure and replace the trebles later. On one of my last casts with that lure I foul hooked a small bait fish. It looked almost identical to the small Fiiish Black Minnow I had in my lure box, so I figured the best bet was to match the hatch. 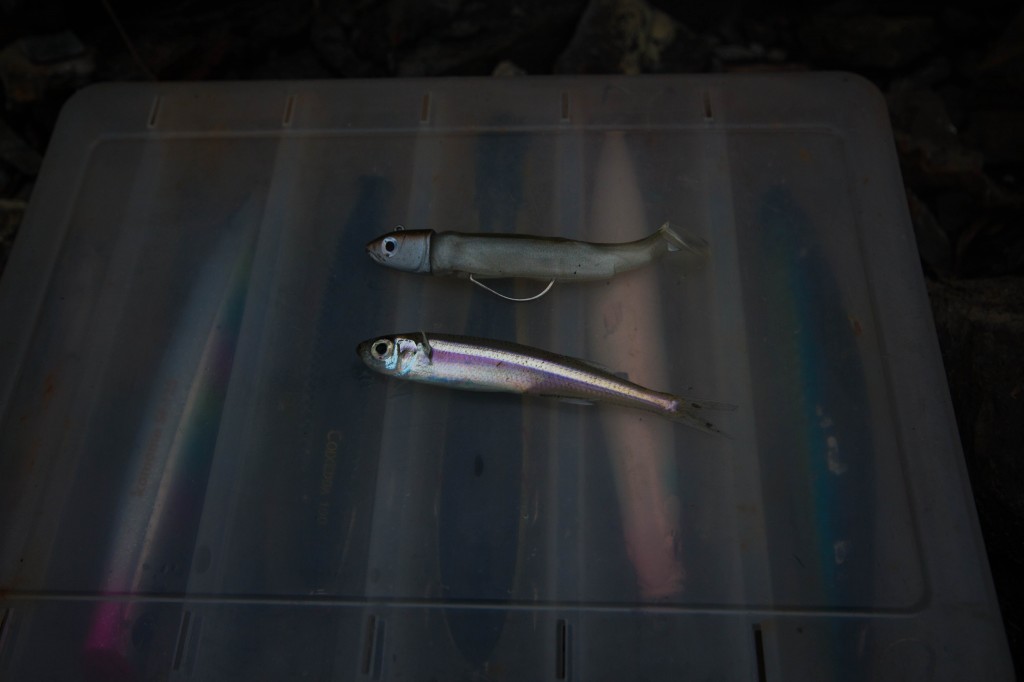 A very good decision that turned out to be as well. 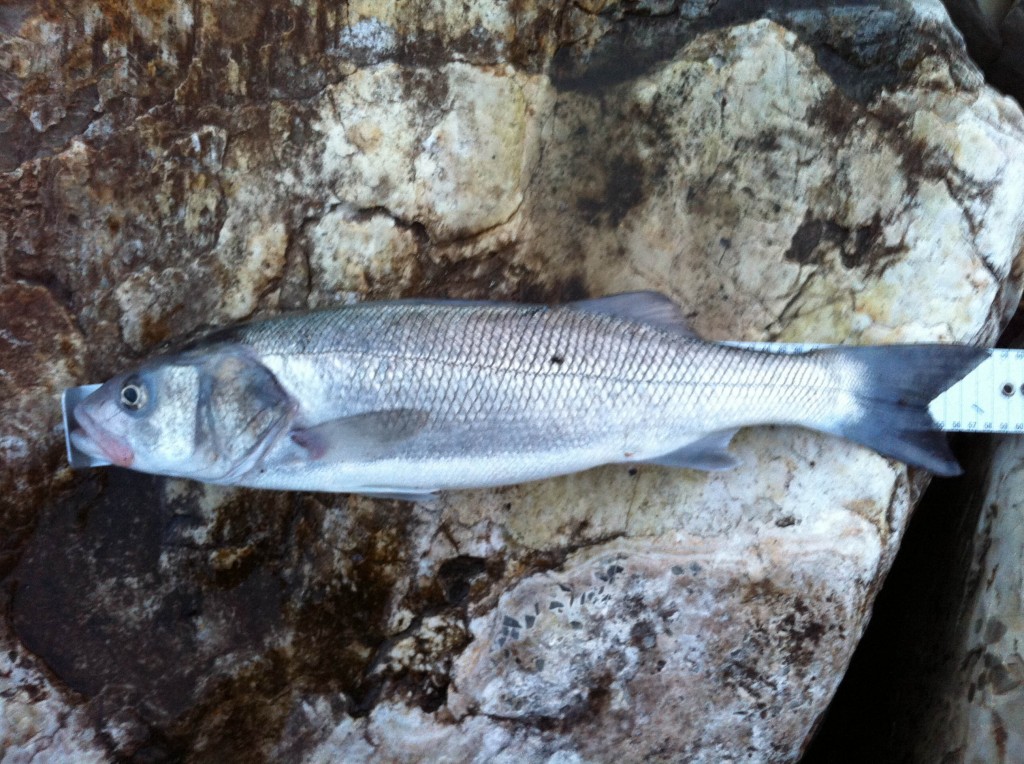 It turned out to be a fantastic day, where we tried a number of marks. I am confident that I can carry on for a few more weeks in my search of Bass on lures. 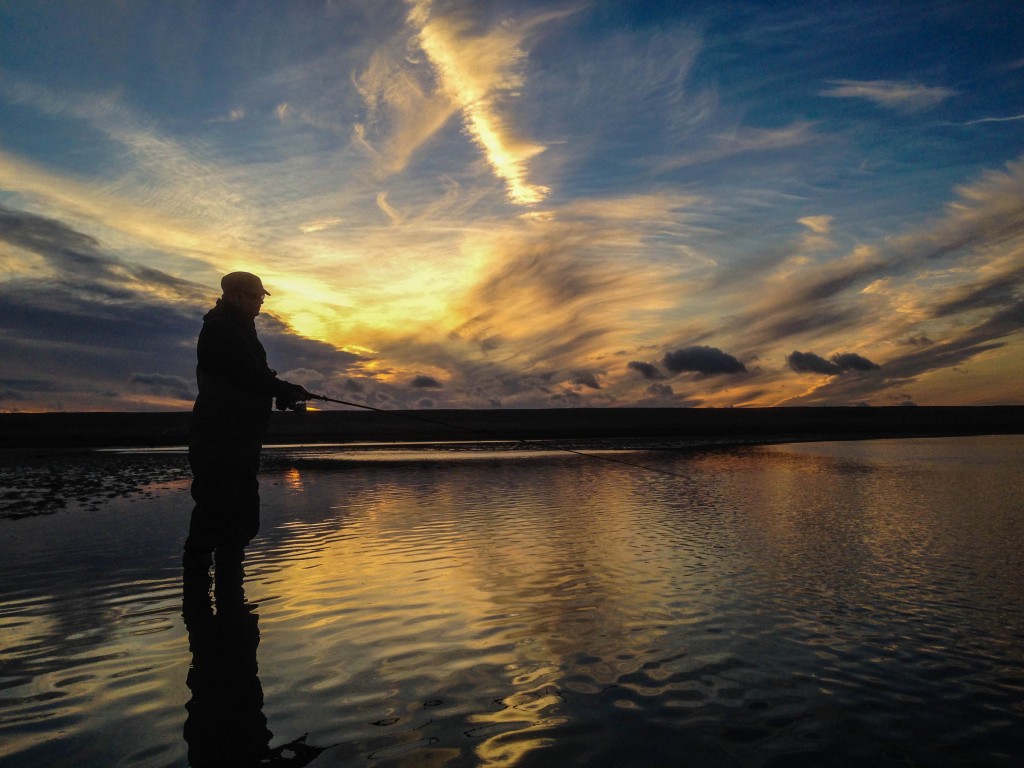 Not a lot has changed as far as the fishing forecast goes, as I am running late for fishing I wont update any of the lower information.

SUBSCRIBE
A quiet week on the beach. Not for the Fishing Tails team! Only three fishing weekends left this year.