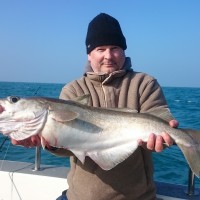 Big tides are not always the best tides, as this weekend proved. A lot of anglers fished Chesil in search of Plaice and went home very disappointed. Those that were able to cast out the distances needed to get to the Plaice, found that they were unable to hold bottom, even with grip leads. Most of the reports back say that despite the water being fairly clear at Ferrybridge it was quite coloured at West Bexington. I put this down to the land slip at West Bay and water still coming off the hills above it. There was a number of nice fish caught including several Sole. Paul Richards had this lovey prime conditioned Dab 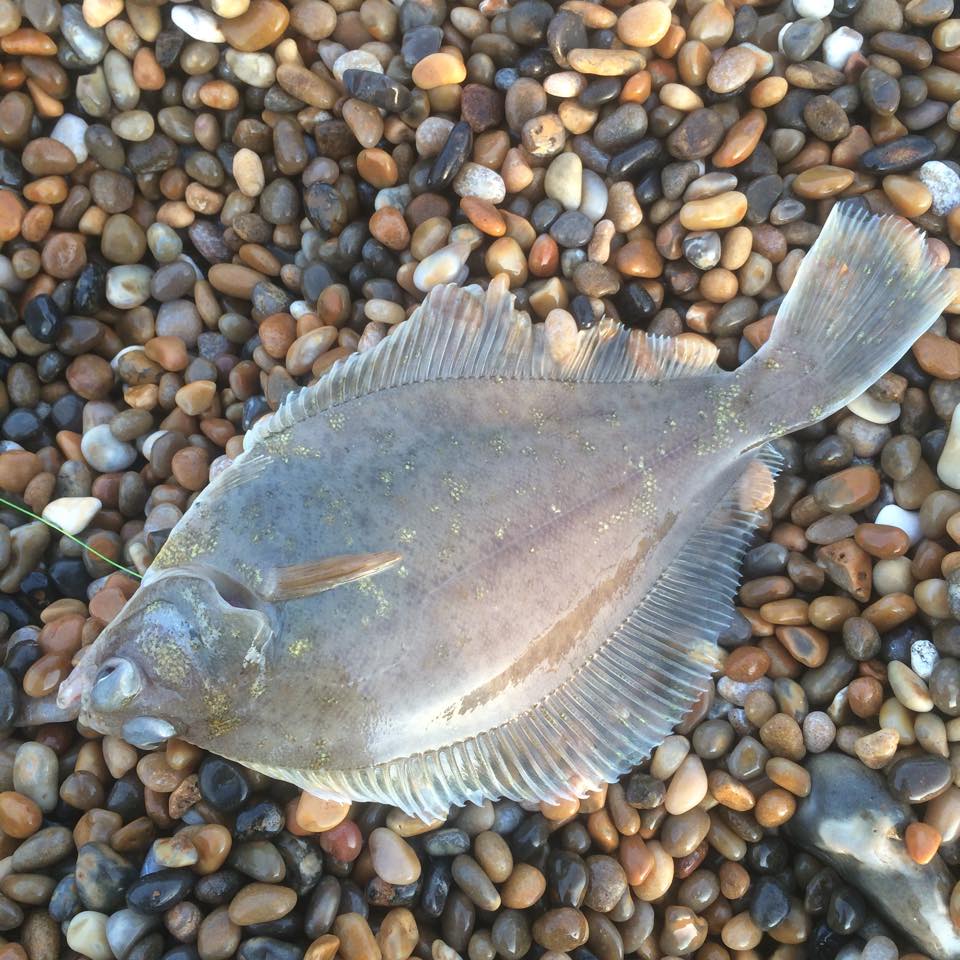 I managed to get out on for a days wreck fishing on Snapper, on Sunday. Having heard great reports from the previous couple of day I was pretty excited about the prospect of catching some huge Pollock. Unfortunately the forecast 10mph winds turned into 20mph winds coming out of the east. This caused problems with wind against tide, making the drifts very difficult. I won’t lie, I didn’t have a great day on the wreck, but skipper Luke asked me if I wanted to try for a Red Band Fish on the way home. I have wanted to catch a Red Band fish for years. Imagine how happy I was when I got one on the first drift. 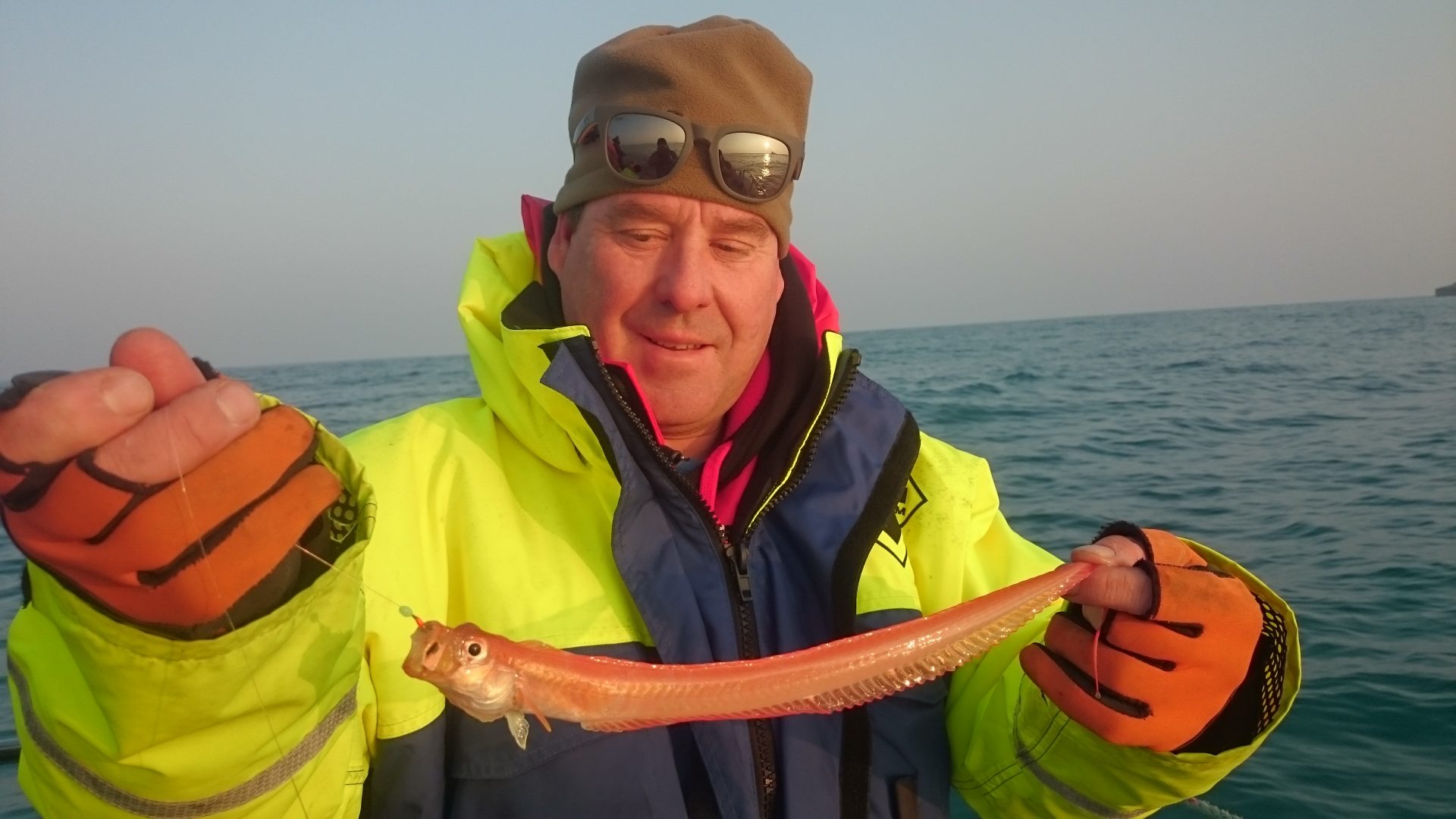 Whilst I didn’t do too well on the wreck Fishing Tails photographer, Gavin Parsons managed to find the Pollock, as did my mate Dale Culbreath.

honours of the day went jointly to Dale and Mark Tricker, who managed to hook the same 20lb Pollock. It is the first time I have seen a fish take two lures at once. 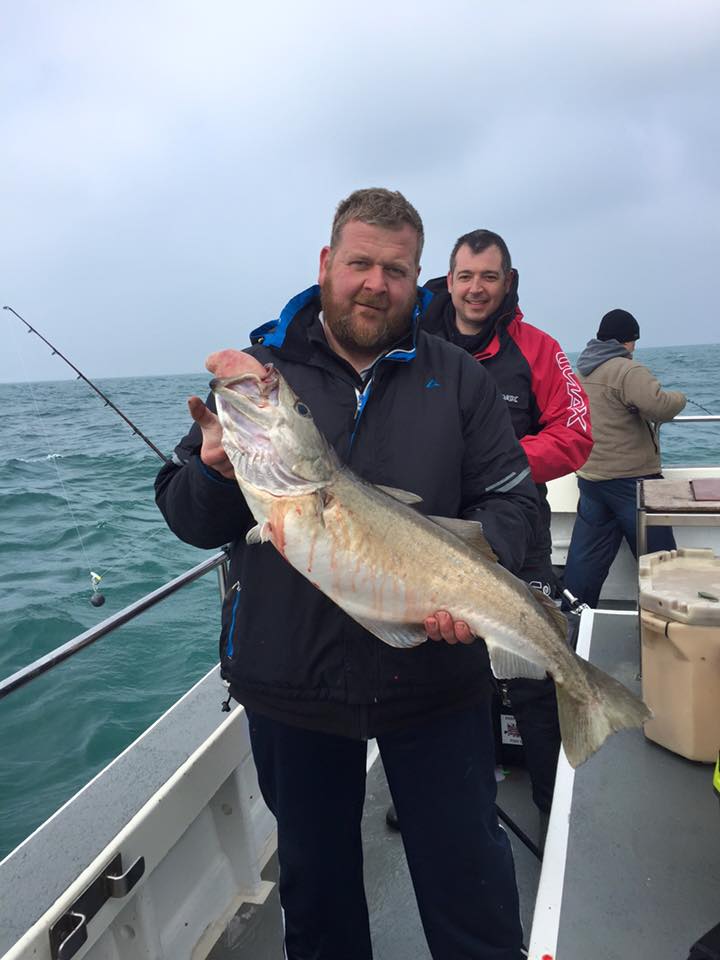 Chesil Beach forecast: we have near perfect conditions for early spring Plaice this week. North Easterly winds will keep the sea state calm and allow for some long range casts. We are still seeing Whiting and dogfish. I have seen a few Mackerel and Herring coming in

Portland: it is looking good for Wrasse fishing on the island. The best times to fish for Wrasse are on the Ebb tide for the West side of Portland and on the East side for the flood. Church Ope cove will start to pick up again.

Portland Harbour: it is still quite in the harbour and so far I have seen no sign of any baitfish returning.