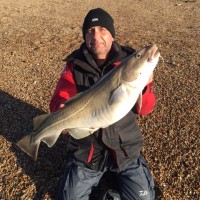 Chesil Beach was a busy mark this weekend and for some it was a very good weekend. As predicted most catches were made up of Dogfish, Pout and Whiting. However there was a run of good sized Cod, all of them being around the 12lb mark. Steve Perry managed a couple of 4lb Codling then managed a 12lb Cod, proving once again why he is one of the top anglers in England.

I mentioned on Friday that an angler fishing down the beach from me had managed a 12lb Cod. That angler was Mike Soanes, who kindly sent me a picture of his fish. 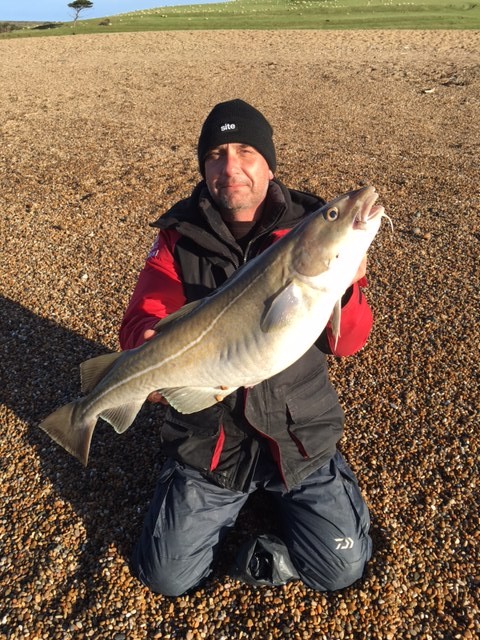 Conger fishing has been consistently good from the Abbotsbury area. It seems that we are getting an ever increasing population of Conger’s along Chesil Beach. Robert Raybould had a reasonable one along with a Cod on Friday night. 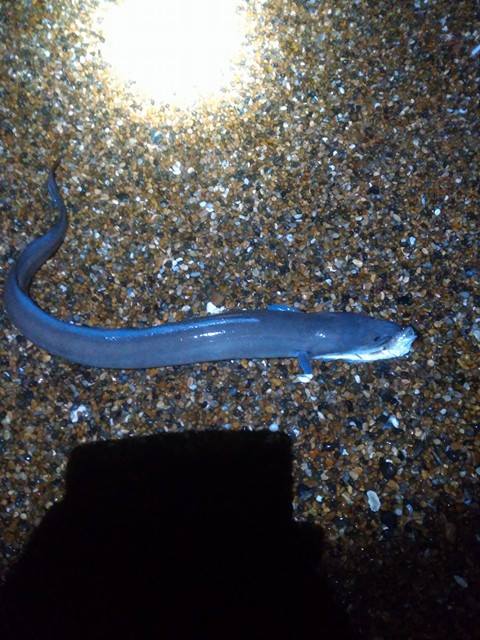 A good few of the Weymouth Charter fleet managed to get out at the weekend and they found the Pollock on the wrecks. Ryan Casey, skipper of Meerkat managed to find some nice fish for his crew. 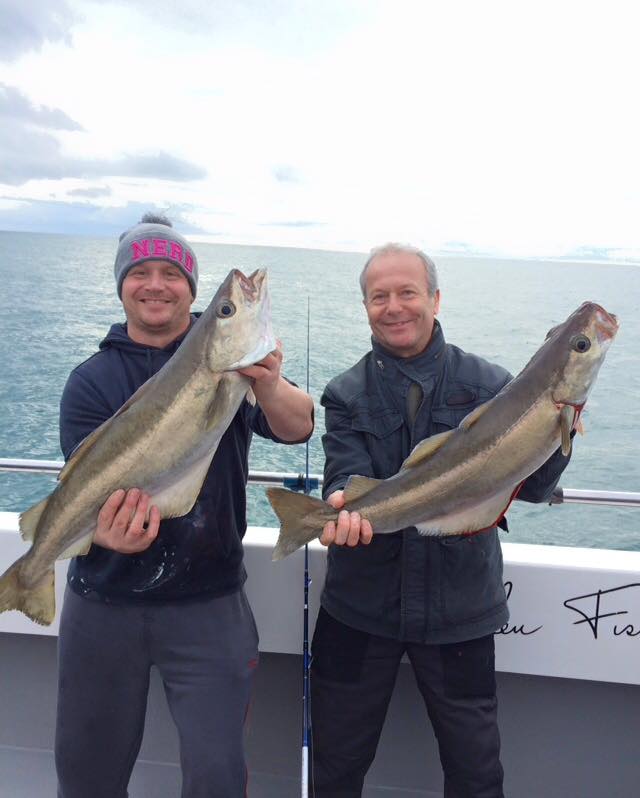 Poole is fishing very well at the moment, with some good catches of Flounder and Bass. Watch out for Leo Tom’s Poole report tomorrow. We will also have a debut article from Northumberland Kayak fishing woman Irene Hodgson

If big game fishing is your thing then you will pleased with Adventure Angler, Dan Konig’s latest report from a recent trip to Papa New Guinea which we will publish on Wednesday

Chesil Beach forecast: It looks like Chesil should calm down over the next couple of days, as the forecast easterly wind flattens it out. This will allow long range casts that should get you out to the Whiting and the odd Cod. As long as the water is still fairly coloured there is a good chance of a Conger from Abbotsbury. My choice of mark for Cod this week would be around Ferrybridge using fresh Peeler or Hermit Crab, or Lugworm.

Portland: The water didn’t clear at the weekend, but it should do over the next couple of days. When it does it will be worth trying for some Wrasse and Pollock.

Portland Harbour: With the water temperature falling quickly now the crabs will be less active. This will give you a better shot at a Flounder. The other effect that the drop in temperature will have is the Bass will now move out of the harbour.

Weymouth Bay: The Bass may be moving out of the harbour but there is still a chance of catching them from Preston Beach. Especially with an easterly wind creating a decent surf. Keep your baits in close. I would go for a large Squid or Lugworm bait on a long flowing trace or running ledger, fished on a light rod.

4 Responses to "Some cracking Cod"