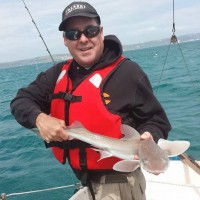 The Smoothound fishing on Chesil has been slow to start this year, but at last they have arrived in numbers. Unlike many of the popular marks that produce Smoothound on the South coast, Chesil fishes well even when it is rough. This is mainly due to the fact that most of the well known marks are shallow. As soon as you get a bit of wind, it disturbs the water and seems to put the Smoothound off. Chesil will remain much clearer, unless you get a lot of wind.

I managed this little pup on Saturday from a friends boat, but I am hoping to catch some bigger ones today from West Bexington. 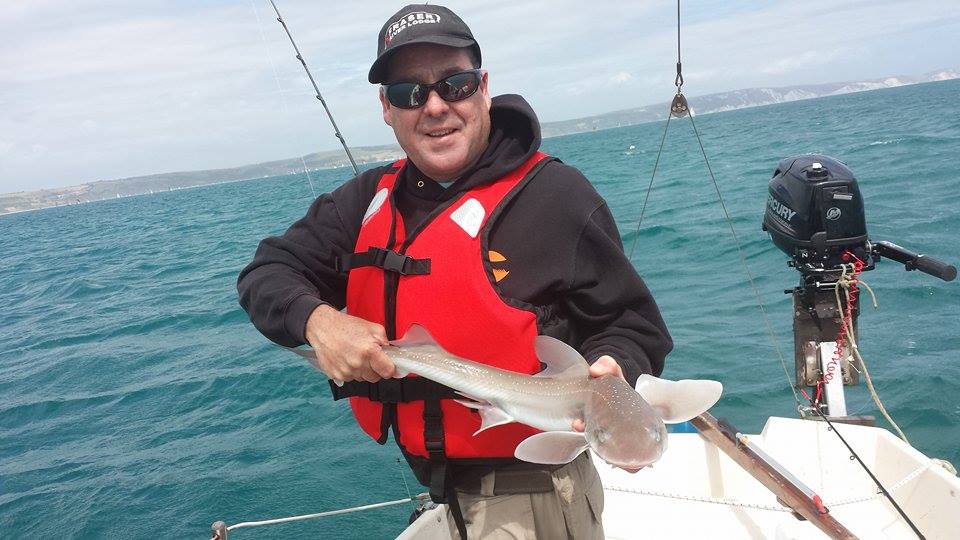 I managed to get some nice underwater footage of it taking the bait, then shooting off like a rocket, but as I am out and about and doing this report from the beach and relying on a mobile connection, I can’t upload the video. Watch out on my Facebook page for it later today or tomorrow.

Chesil Beach forecast:Some nice reports of all sorts of species from the beach including decent sized Bream, and my favourite, Red Mullet. Cod are continuing to be caught from the deep water marks of Ferrybridge to Dragons Teeth at Abbotsbury.

The next couple of days will be better suited to Bass than anything else, but once the weather settles again, the Plaice and Bream fishing should improve.

Portland: A strong swell for the next couple of days will make for uncomfortable fishing around Portland. However the marks on the East side will be fairly sheltered, and should produce Pollock and Wrasse.

Portland Harbour: Despite the tides being small I am hearing reports of loads of small Bass within the harbour.

Weymouth Bay: There has been some nice fish caught from both piers this week. The pleasure pier has produced Dabs Flounder and Plaice, as well as Gurnard. The Stone Pier is better for Wrasse, Pollock and Bream.

A float fished sliver of Mackerel will produce Garfish, Mackerel and Pollock on both piers.

Preston Beach is another sheltered mark for Sunday. It too has been producing well recently, with good numbers of Gurnard and Dabs as well as a few Smoothound.

One Response to "Smoothounds all around"