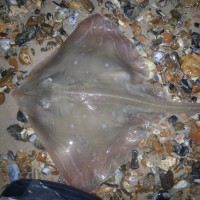 Usually around this time of year I would be reporting on how good the flounder fishing had been this year and that it is pretty much done and dusted. Fortunately that’s not the case this year. Good catches of flounders are still being had from all the popular marks around the harbour. Holes bay a mark well known for big fish produced the goods again with young Tito landing his first ever flounder. A fine fish of 2lb 10oz. I suspect it would have pushed well over 3 1/2 pound before spawning. 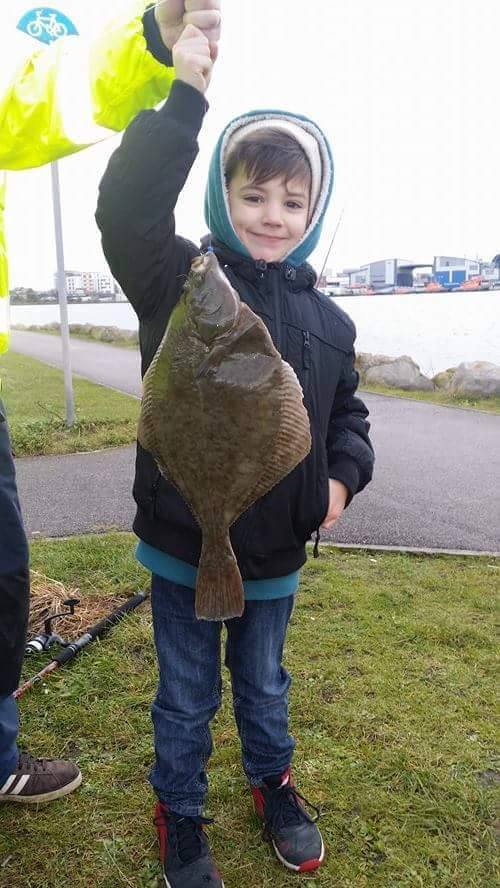 Myself I had thoughts further away from the flounder fishing. On hearing reports from further up the coast at Avon beach that some good ray had been caught. That coupled with the prolonged mild weather and higher water temperatures. I had a hunch that there was a possibility of picking up an early small eyed ray at Southbourne.

On Saturday the tides were perfect! With low water at 8pm on a fairly good spring tide I arrived at my favourite spot. The beach at the bistro was empty and I found out why. Although there was hardly any wind. It was freezing and a steady heavy drizzle falling just to make conditions even more miserable. Undaunted I zipped up my flotation suit up to the chin and set up two beachcasters with pulley rigs baited with frozen Sandeel. I blasted them both as far as I could.

I started fishing an hour before low water and fished through slack water at 8pm and on into the start of the flooding incoming tide. 9pm came and went as did 10pm without a single bite. All the while a heavy ground swell was bouncing the rod tips all over the place. Luckily the gripper weights held fast when around 10.15pm one of the rods bounced out of sync and the line dropped to the sand. I raced over to pick up the slack line before it got buried in the wash and shingle.

Reeling like a madman I leaned into the gripper weight to see if was still holding. To my surprise the weight pulled back! After a few hairy moments in the building surf up slid a Small Eyed Ray onto the beach.  Result! At only about 3lb it was my first small eyed ray and caught specifically fishing for them. 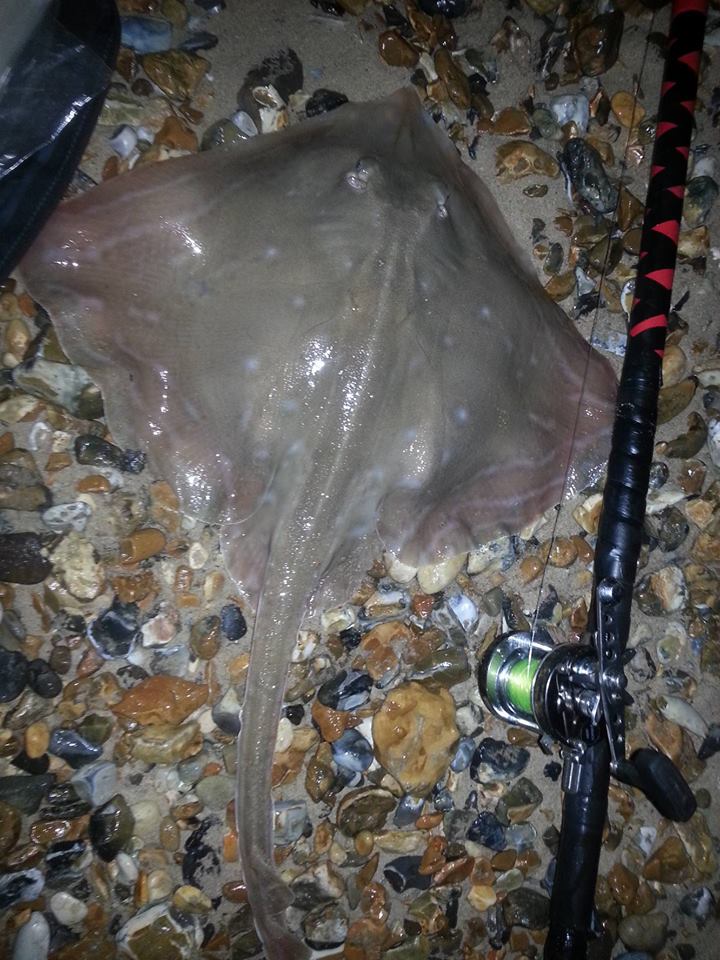 I’m not sure how long they hang around for. But I do know they can be normally caught around March and April time. So still time to improve on my personal best.

On the subject of rays Steve perry and his brother Rob fished a purbeck rock mark and had three undulates including a personal best of 15lb 4oz. Amazing fishing from both guys. Just goes to prove. Even though though it’s bleak and miserable in February. The fish are out there and there is still better fishing on the horizon as the weather improves. I can’t wait!

I think it’s going to be a good one this year!!!