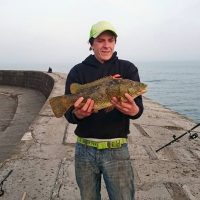 A number of large landslides have occurred this week in Dorset. These are a result of the dry, warm weather we have had recently.  As the soil drys out and constricts, thus further destabilises areas of cliff that are already close to collapsing. Great care should be taken when fishing any mark that is under cliffs, in particular the West side of Portland,  West Bay and Kimmeridge.

It really has ben a smooth week this week, and I am not talking about the weather, though that has not been bad in Dorset. The week has seen loads of good sized Smoothounds being caught throughout the South of England. As usual the largest have been caught in the Solent and the Bristol Channel. However many anglers fishing Chesil and Lyme Bay have been rewarded with personal best’s . This one was caught by Ryan White. 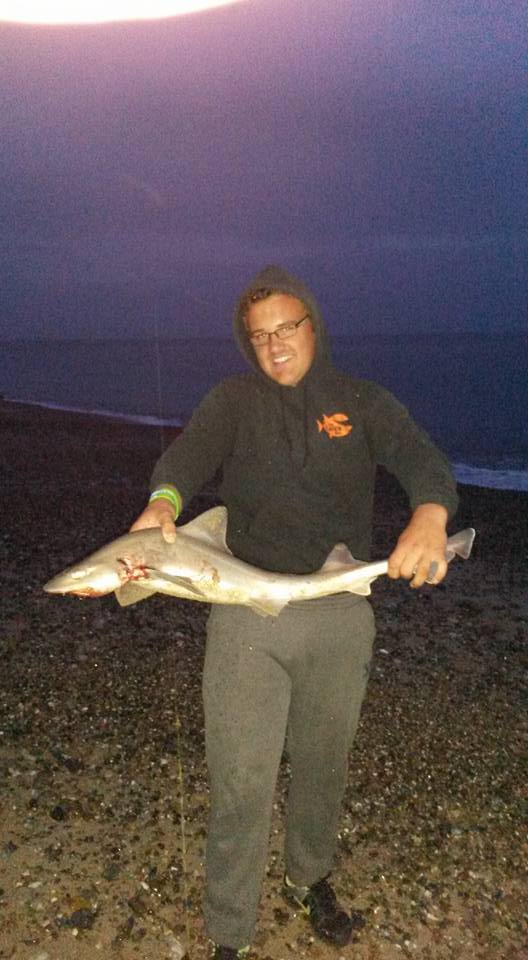 Rob Emery also managed a PB smoothound and a cracking 4lb plus Wrasse for the Cobb at Lyme Regis. 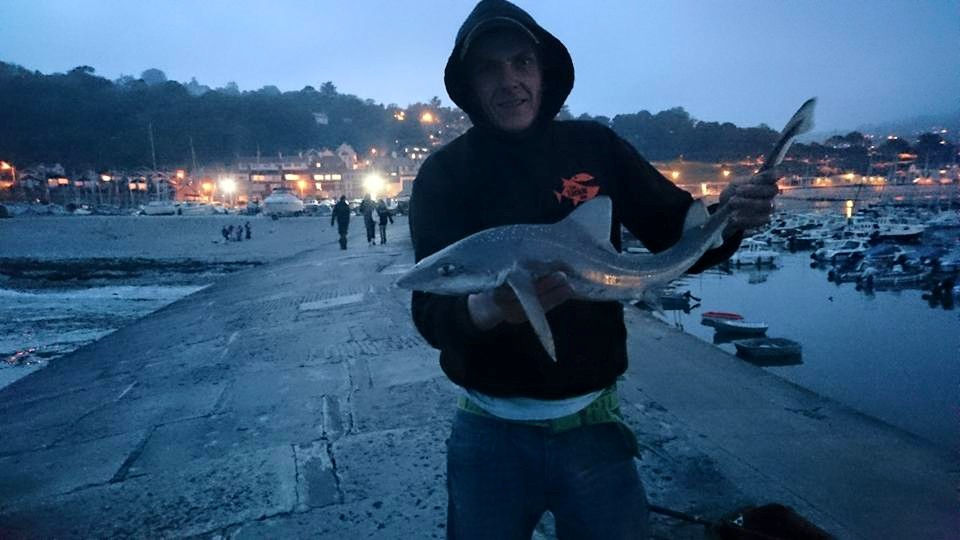 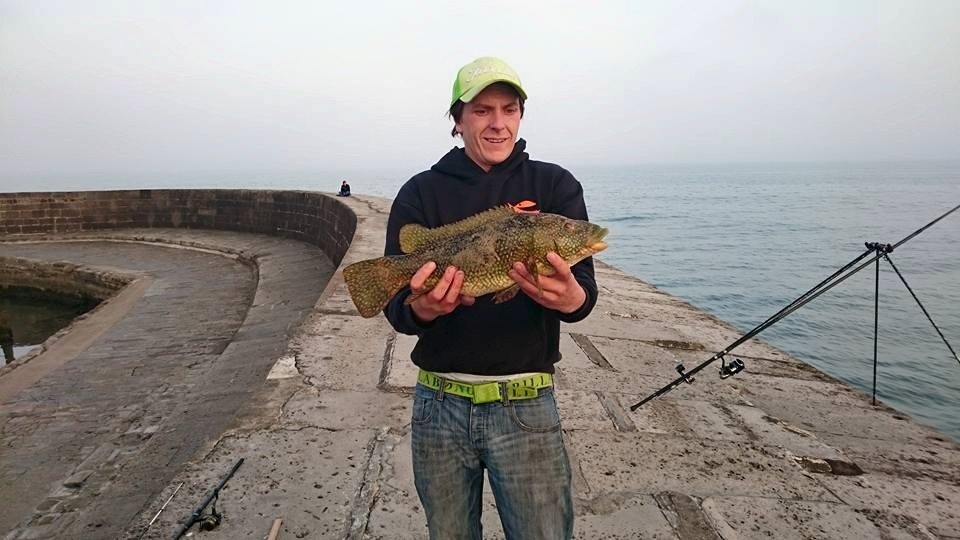 The beach is fishing well if you can get through the Spider Crabs. It seems the only bait that doesn’t get eaten in seconds is fresh Peeler Crab. The great bonus is that the Smoothounds and large Plaice home in on it pretty quickly.

Chesil Beach forecast: The latest reports suggest that the May water is starting to break down in the west. This means that Cogden, West Bexington and Abbotsbury will start to clear before Ferrybridge and Chesil Cove. This is unlikely to happen before mid next week, so the prospect for Mackerel this weekend is poor. However the same can not be said for Smoothound, Rays and Plaice. If you have live Peeler, your chance of getting a hard fighting Smoothound is high. Smoothound are one of the species that does not need a massive cast to catch. They will home in on a Peeler Crab that is only 50m from the shore.

Portland: If you are looking for a session where you are guaranteed of catching fish, then head to Portland and have a go at some Wrasse fishing. Be prepared to lose tackle and have some great sport. Wrasse can be caught on float fished Ragworm, which is the best way of avoiding tackle loss.

Weymouth Bay: I normally point out that the piers at Weymouth will provide good sport and if you are after a fishing fix, they are an almost guaranteed mark to catch fish. The normal species you get are Wrasse, Pollock, Pout, Mackerel and Garfish. It is not only the usual species you get. Every year the piers throw up unusual species, such as John Dory and in the case of last year, a lump sucker. This year it seems is no different. Seven year old Tamika Attwood, has managed to catch a fish that is on many an experienced anglers hit list, a Topknot. This species is far from common and is unusual in the flat flat fish world. It is the only flat fish that lives in rocky and broken ground. It can cling to pier legs and even hang upside down. Well done Tamika, I think I might have to have another trip down to the pier. 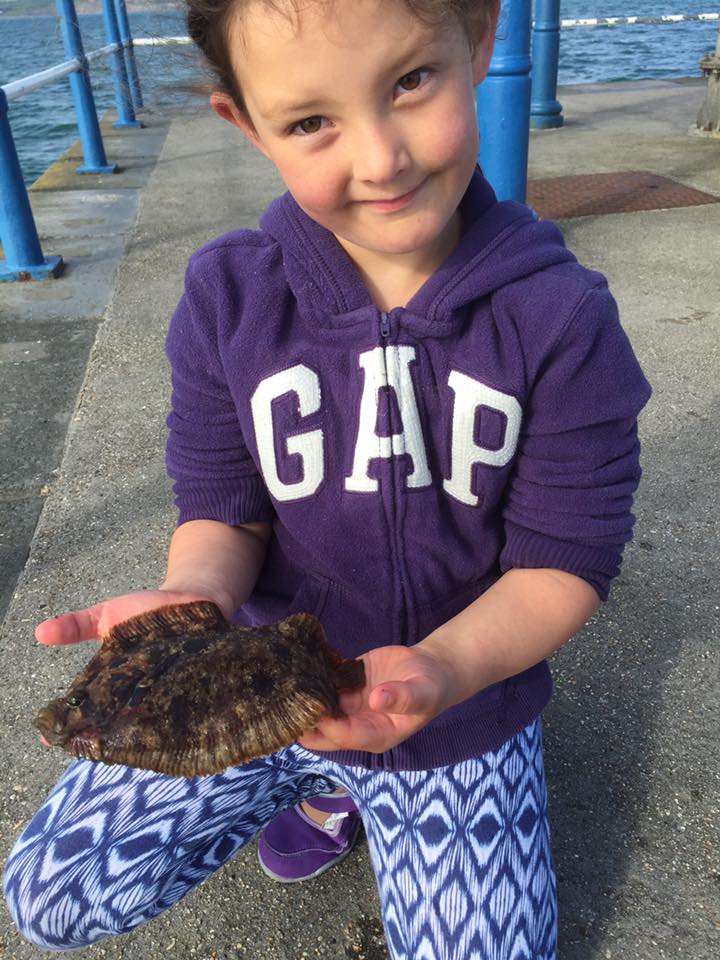