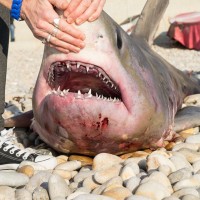 A 2m long Porbeagle shark was landed in Chesil Cove yesterday by a commercial fisherman. The shark became entangled in nets that were only 300m from the shore. Divers had reported seeing a shark in the Cove and on the Adelaide recently. It is not known if this is the same shark. It is unfortunate that the shark died, but it just goes to show, you never know what is swimming of Chesil. 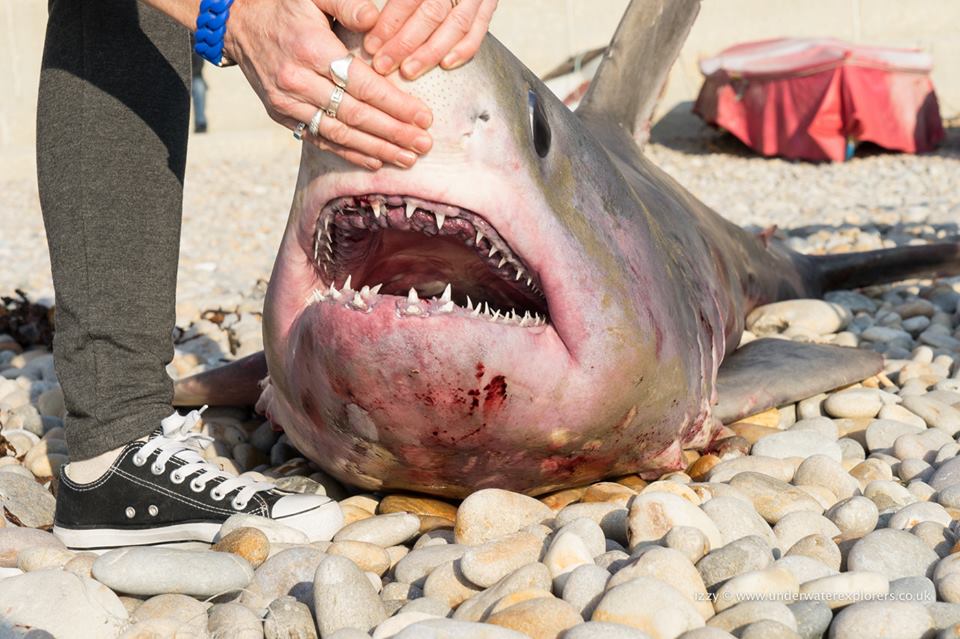 Porbeagle Sharks are also known as Mackerel sharks, as Mackerel and Herring make up a large part of their diet. They will also drop closer to the sea bed to feed on Cod and Whiting. The presence of sharks means that there must be a good food supply around.

I can only assume that the food source is most likely Mackerel, as the Cod didn’t really show this weekend. As I predicted a few would be caught. However the Plaice fishing was brilliant, with catches of over 20 Plaice in a session.

Chesil Beach forecast: With esterly winds for the next few days, it is going to be pretty much the same as the weekend. Mostly Bream and Plaice with some Mackerel and plenty of Garfish. Night tides will produce plenty of Dogfish and sizeable Whiting. The odd Cod will be caught. If you want to target the Cod then Lugworm is the best option.

There is one glimmer of hope for a bit of decent fishing and that is when the wind switches back to the West on Wednesday and Thursday. There will be a very good chance of some Bass from Chesil on both days. You will need to take care, as the waves build quite quickly and normally reach around 2m in height. The surf line is normally quite short at this stage, as the main body of the sea has not picked up the big swell that you get with prolonged winds.

Portland: Still no sign of the Bass that I would expect at this time of year, and the Pollock are not really showing either. There is plenty of Wrasse around, as well as Garfish.

I have heard of a couple of anglers that have been catching some large Conger and a few Ray from an undisclosed mark near Church Ope Cove. I have never caught a Ray from Portland, but I know that Church Ope occasionally produces some. It is also a good mark for Sole at this time of year, but you will need to wait for the wind to switch to the West, to give calm conditions on the east side.

Portland Harbour: Lots of bait fish, but not much of anything else, other than Flounder. This is another mark that normally fishes well for Bass at this time of year, but it is not at the moment.

Weymouth Bay: I took a walk around the harbour yesterday, and I was surprised how clear the water is. In fact it is so clear, I could see several Flounder working along the edges of the harbour wall. There is a good number of large Mullet in the inner harbour. They are behaving like Thick Lipped Mullet, so a bit of groundbait an some bread should get them feeding.

Preston Beach has produced a few small Bass, and a number of Dabs and Flounder.

One Response to "Porbeagle Shark landed at Chesil Cove"