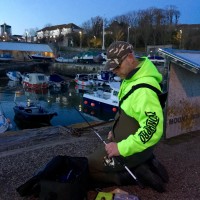 Well apologies for the late report fishing fans!, a bit of a staggered report covering the dreaded March and hope filled April but let’s roll with it.

March is always a tricky one on the fishing calendar but we got through it relatively well with the seasonal treat of those early aggressive plaice showing late in March but only a handful, more on them later. 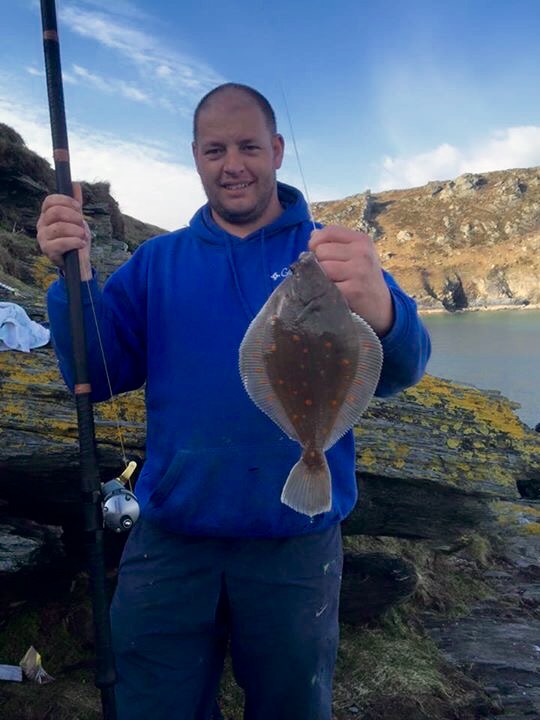 Huss where definitely obliging to the rock marks either side of Plymouth and some decent low doubles have been pulled out. 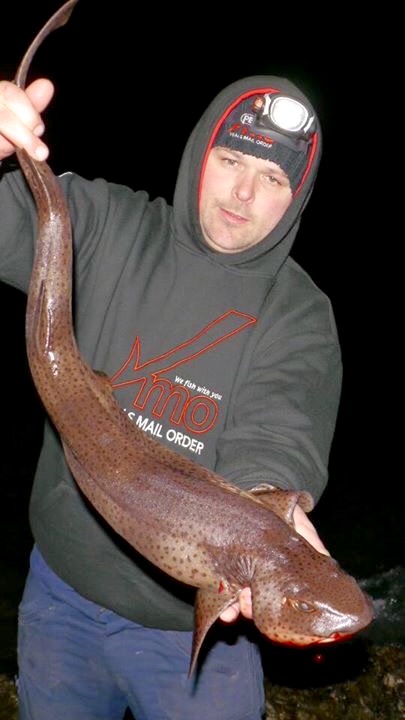 A bit early for Thorny’s locally with March being pants in the Tamar, so much so that a lot of our faithful have been doing really well up the Bristol channel 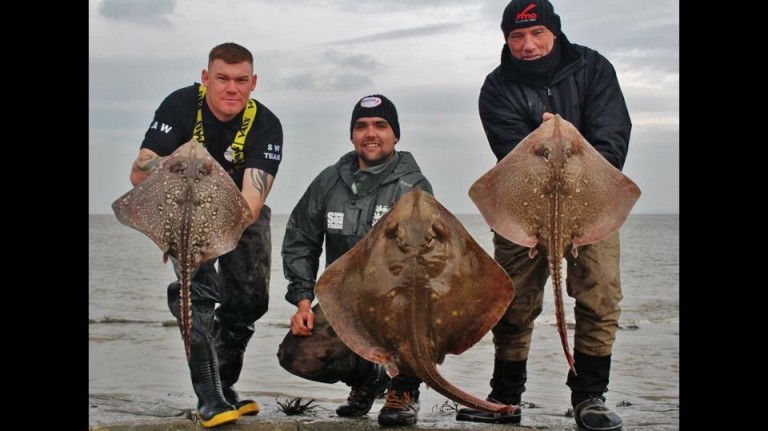 with specimen sized thorns and of late this Specimen beast of a blonde which fell to plymouth Ray hunter Will Ansari of rodbenders club, this being his third 20 this year! 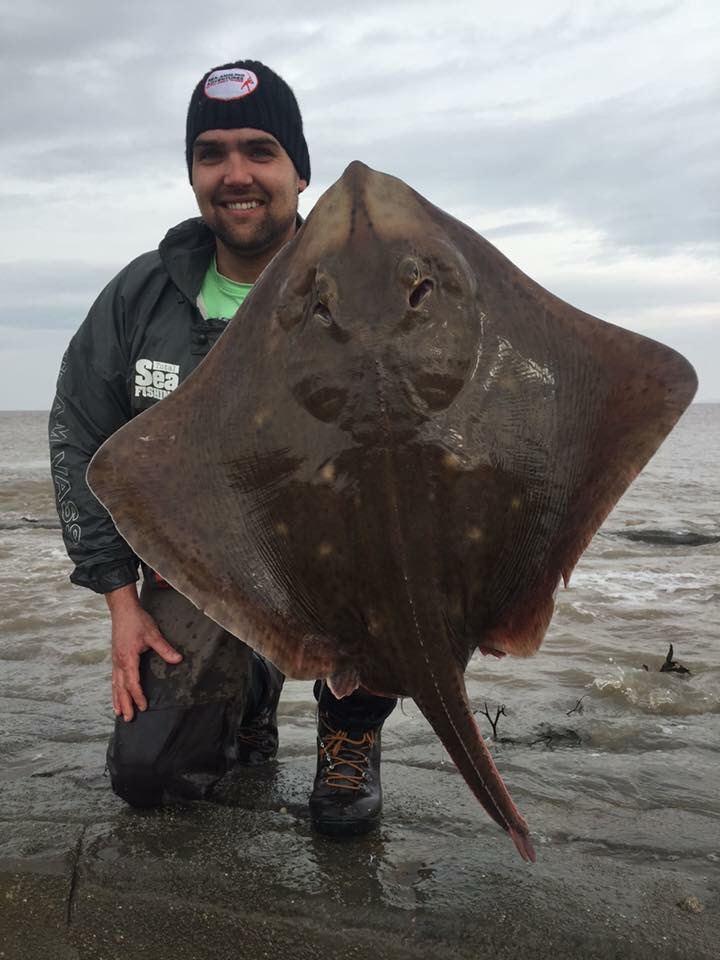 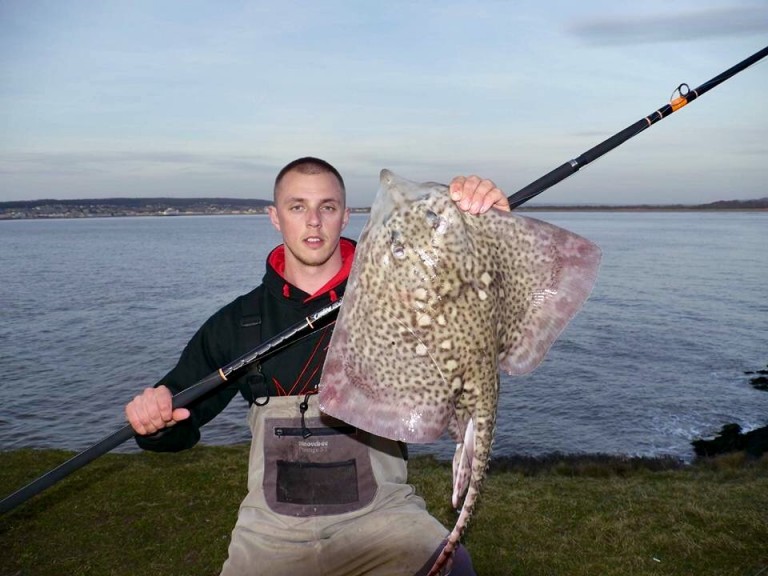 Back to plymouth and the Mullet are now returning after a slow March with little catches being reported, Gary Mitchell with 4lb 12oz PB! 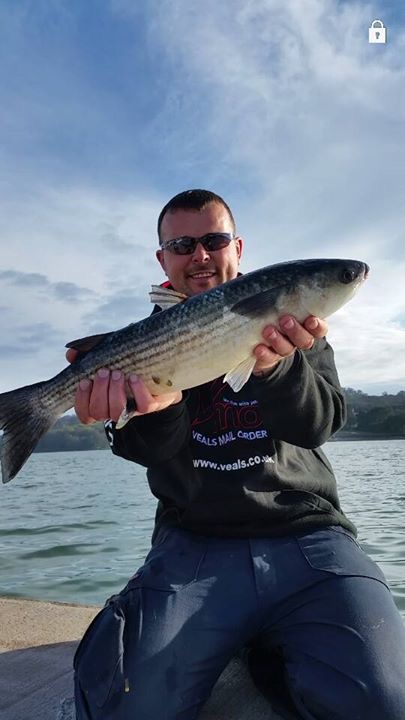 The master of the mud scrapers Martin Larkin never lets us down here showing off a nice early stocky mullet of 5lb 13oz caught the second week of March! 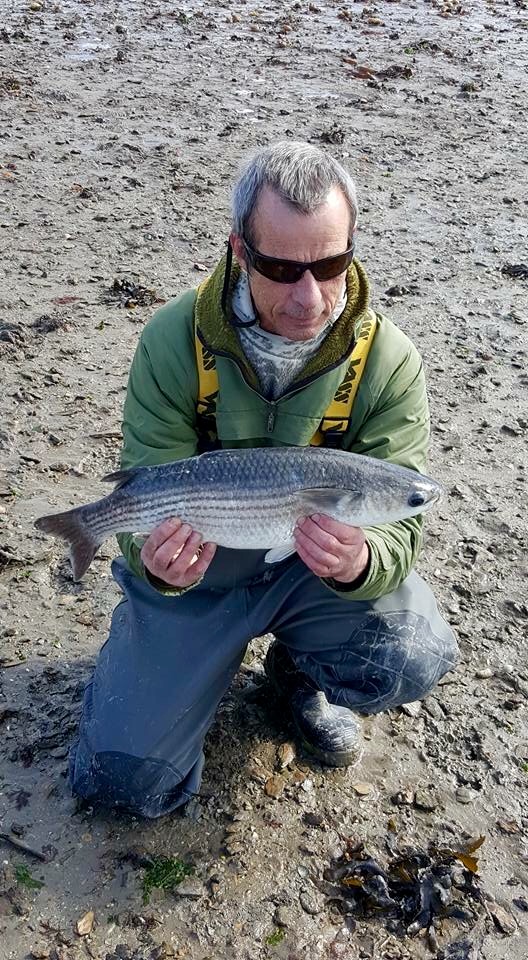 Bass are thin on the ground still, the light lure brigade have been nailing a few on soft plastics and amongst other things using tiny jig heads 1g-5g with Isome(artificial) worms mounted and used as a lure, 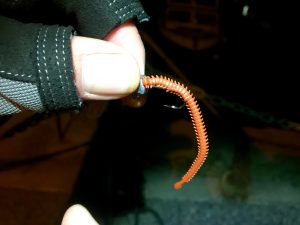 I tried this for first time recently after dark in the Mutton Cove area of the Tamar using a ridiculously light rod and line, I managed to loose a decent Bass on the surface and later a large Herring, I’ll be Doing a feature on this most delicate of disciplines shortly. 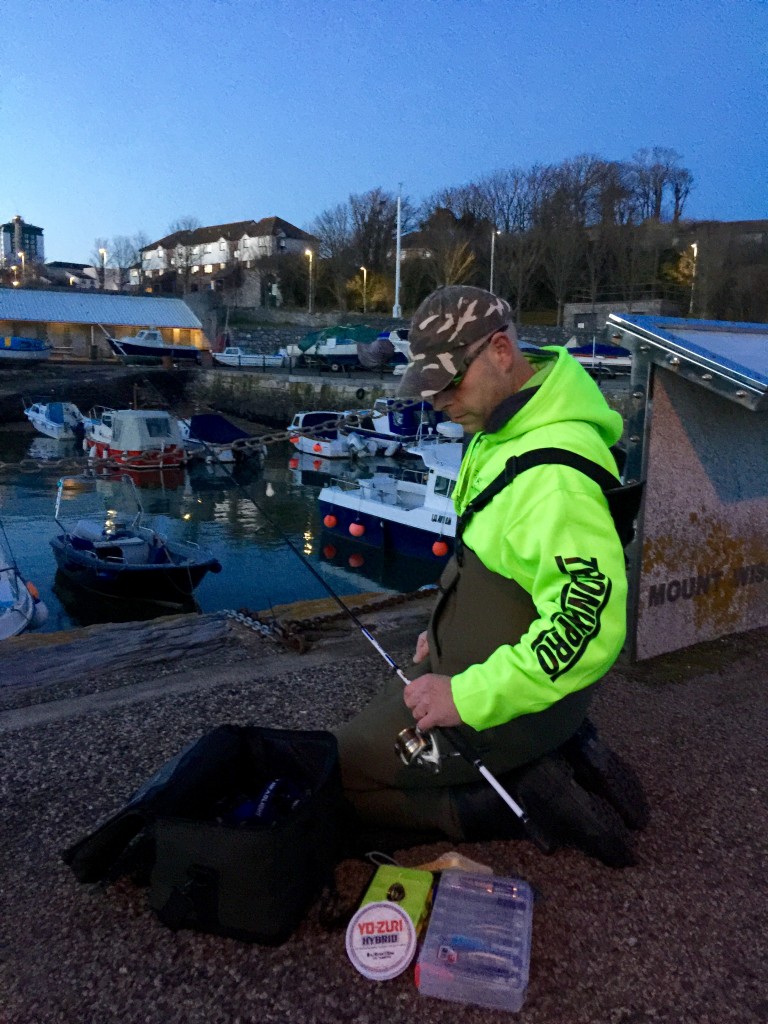 This method has also produced lots of herring, pollock and smelt and sees the sport of LRF growing locally,  with the Mini species always available in Plymouth, and it was all hail the Scorpion King Age Lundström with bumper session on these devils! 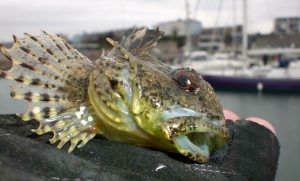 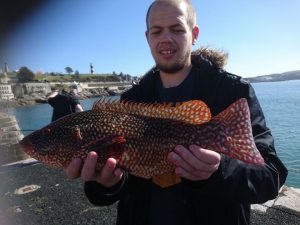 An unbelievable Jumbo mackerel was taken in Plymouth sound on a boat weighing a whopping 2lb 8oz! 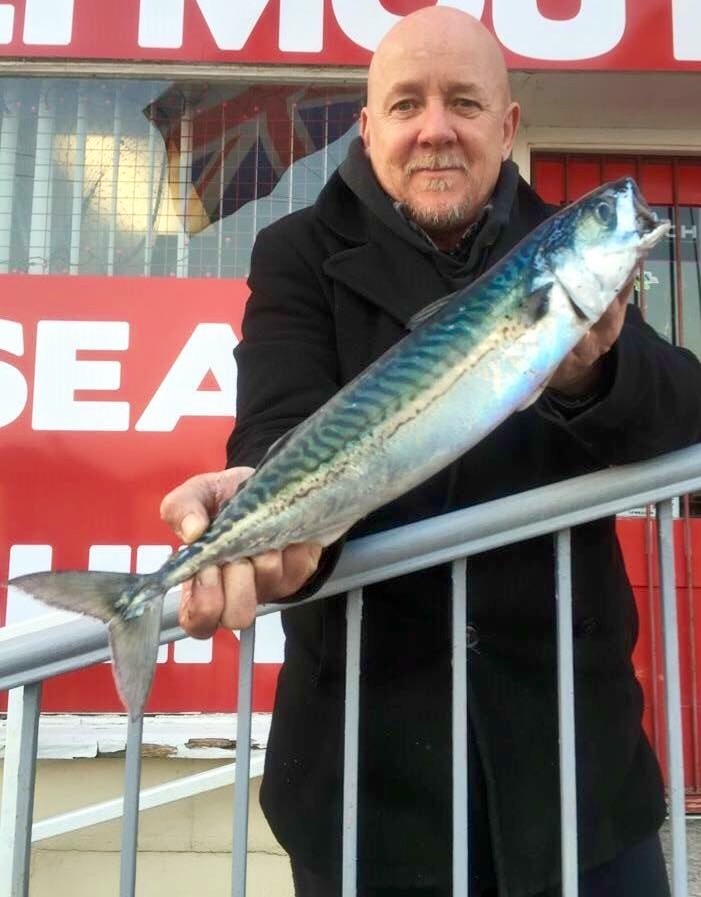 Dogfish up to 2lb 12 have been weighed in for a comp recently and there’s no shortage of these blank savers. 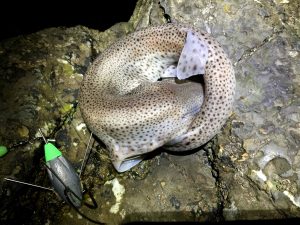 The Plaice season is kicking off now and on one particular beach away from Plymouth, I arranged a last minute trip with Martin Larkin and after a slow start our luck changed with the tide and I caught my PB Plaice of 1lb 10oz, not bad for my second trip ever targeting them. 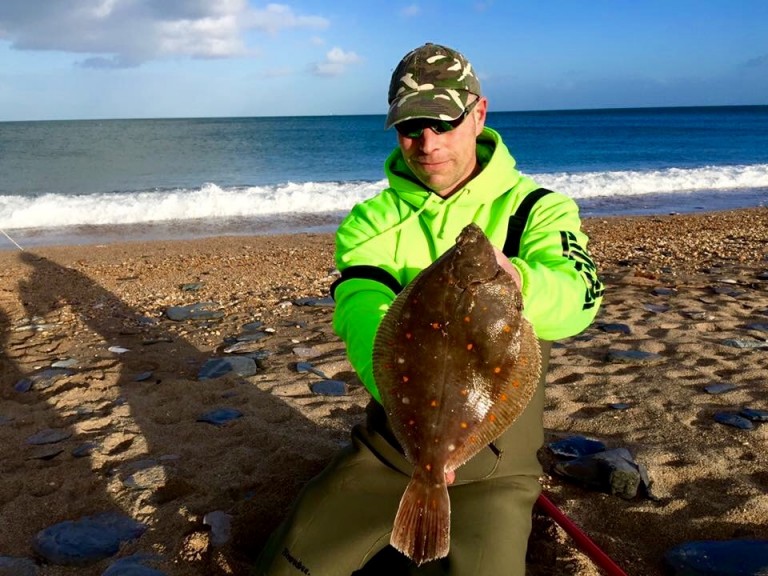 My modest fish was dwarfed by Martins next fish of 2lb 10oz which was huge looking but slightly out of condition. 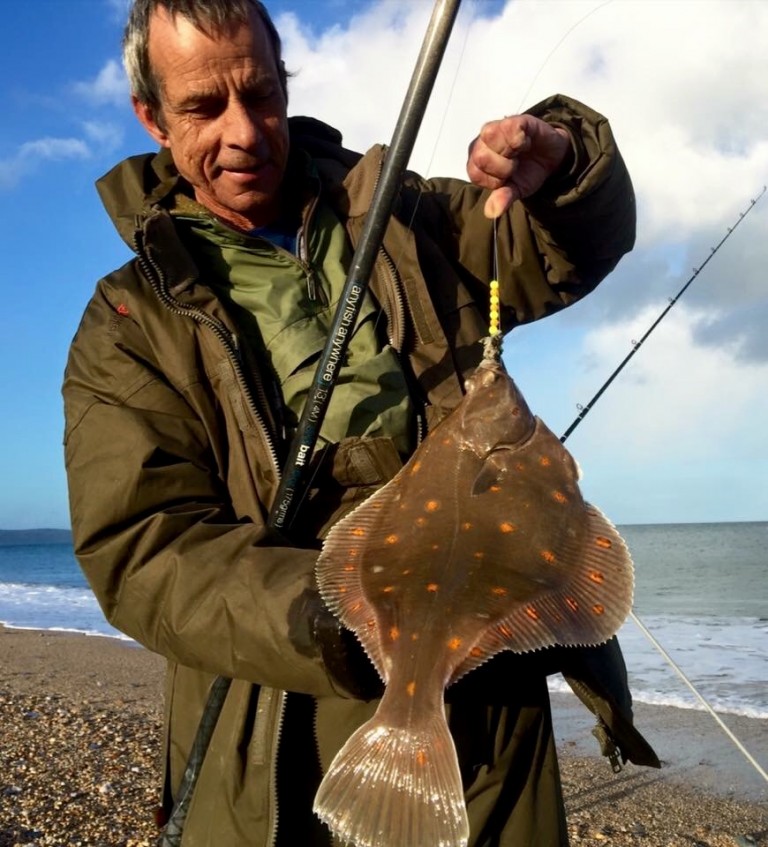 The last few days have seen a flurry of plaice caught, 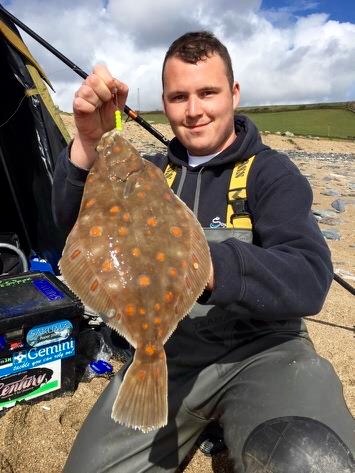 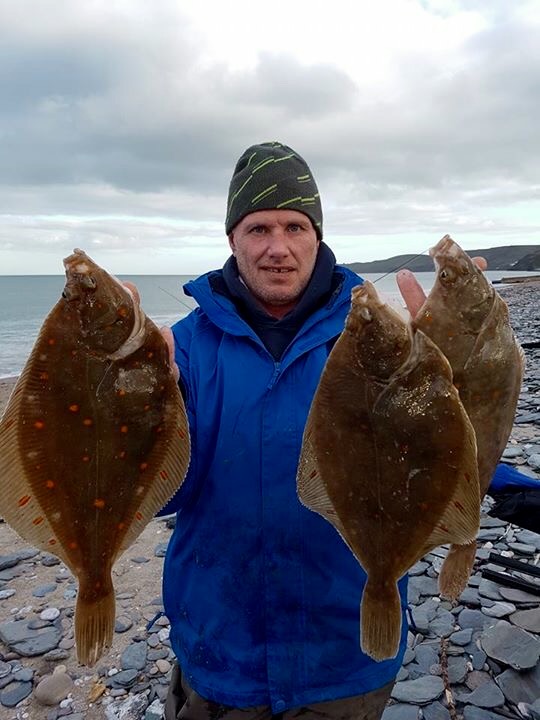 Hope you enjoyed my latest report which kind of covers 2 months.
Warmer weather must be on its way fishing fans!, not long now….

TIGHT LINES TO ALL ?