Fishing Tails > All Articles > Reviews > Lure > Payo Aegis 110, can £10 buy a decent lure?
The best sea fishing in the UK has to be around Portland & Weymouth Today is a Cod and Bass day 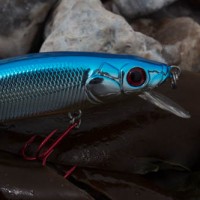 Can I get a decent lure for under £10? That is a question that I am often asked. In truth most of the lures that make it into my “A Box” do cost at least a tenner, if not a lot more. Don’t think for one minute that I am a lure snob, far from it, with a 100% Scottish blood coursing through my veins I am as tight as they come. If I could get away with only spending a couple of quid on a lure then I would, but the truth is that most times you get what you pay for. 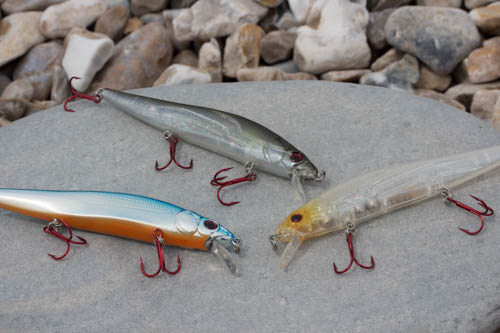 A couple of months ago I was approached by the House of Bruar who are widely acknowledged as Scotland’s most prestigious independent store. They wanted me to review some of the lures that they were selling on their website. I chose the Payo Aegis 110 in ghost, Silver Sprat and blue/silver/orange, which covers most of the normal coloured lures that I use, but there is a reasonable selection on colours available. Some which will suite the salmon and pike fishing better than the colours I chose to target sea fish.

My initial reaction when they arrived was that I hoped the lures were better than the packaging, which in my opinion looked pretty tacky.  but lets be honest a lure box isn’t designed to catch fish, just anglers. Upon getting them out I was impressed with the over look and finish of the lures. 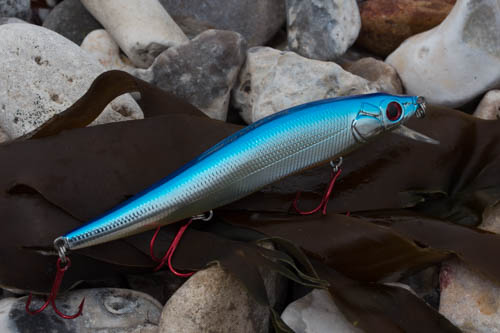 One of the first things you notice is that the treble hooks are anodised red, which certainly makes them stand out. They look finer than I have seen on many lures, and they seem to stay sharper for longer. Even after a full summers use they are showing no sign of corrosion. 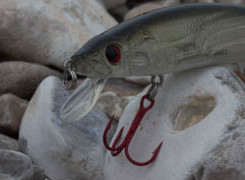 The attention to detail is extremely good, with well formed lines and scale pattern. One thing I look for in a lures is large eyes, and the Aegis certainly ticks the box in that department, with a set of red 3d eyes. 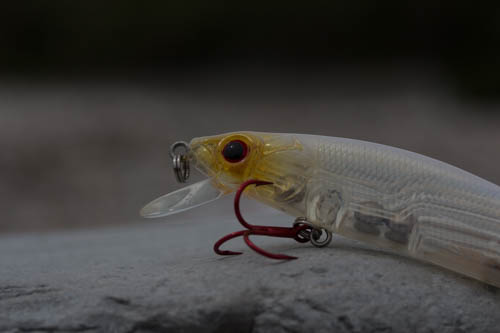 Each lure is fitted with 3 ball bearings that give it added weight for casting and give off rattles and vibrations whilst swimming. 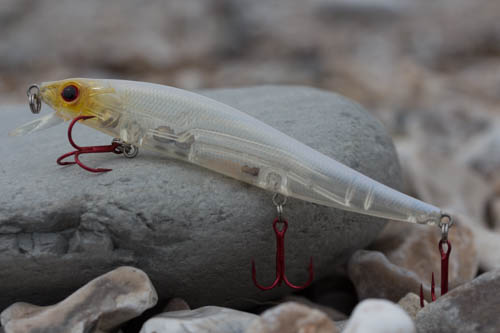 The lures only weigh 14g, but cast very well even into a stiff headwind. The swimming action is exactly the tight wiggle that you would expect from a short billed minnow. It dives to around 2m if it is cranked fast, but under a constant medium speed retrieve it will dive to around a 1/2 metre. As it is a floating lure you can allow it to come up in the water to retrieve it over shallow rocks and weed beds.

I have used all the different colours over the past couple of months and found that they all catch. However my favourite was the ghost colour which seemed out fish all the others. I even had two mackerel on separate trebles at the same time. 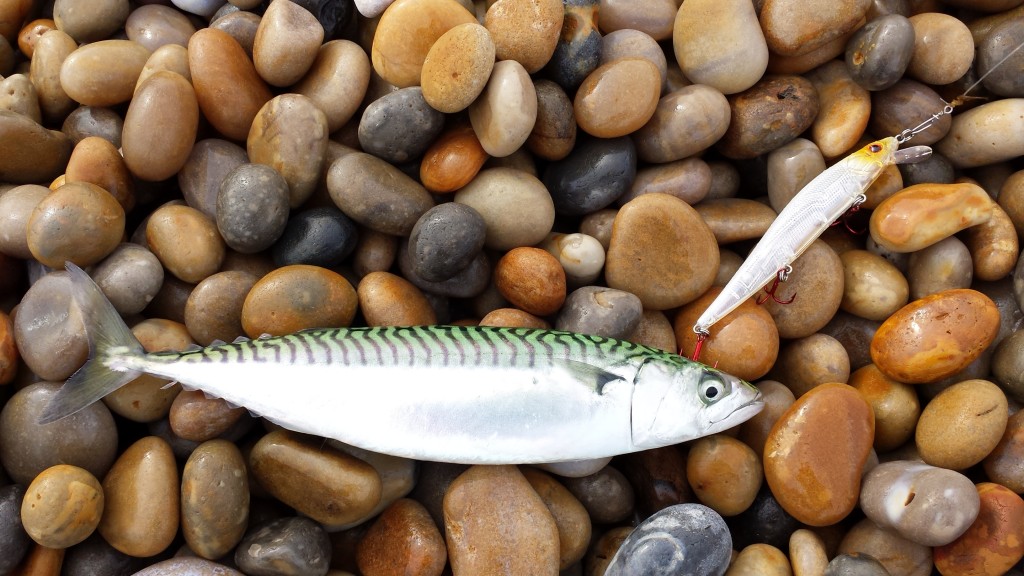 What more can I say about this lure other than I can’t believe that it only costs £7.95. It is well worthy of it’s slot in my “A box” So the answer to the question, can get a decent lure for under a tenner, is a definite yes.

Casts well
Catches fish
Good finish with an excellent set of trebles.
The action is nice and they are well priced.

Tacky packaging, but that really is nit picking and has no effect on the lure itself...

What more can I say about this lure other than I can't believe that it only costs £7.95. It is well worthy of it's slot in my "A box" So the answer to the question, can get a decent lure for under a tenner, is a definite yes.