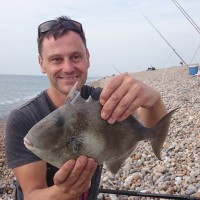 My best weeks fishing so far this year.

It seems I must have been in the right place at the right time every day this week, as it has been one of my best weeks fishing for several years. Most days I have been out guiding and I have helped all my clients get some lovely fish, Including this Trigger Fish that decided to bite the tip of my finger when I tried to unhook it. They have a powerful set of teeth so take care if you catch one. 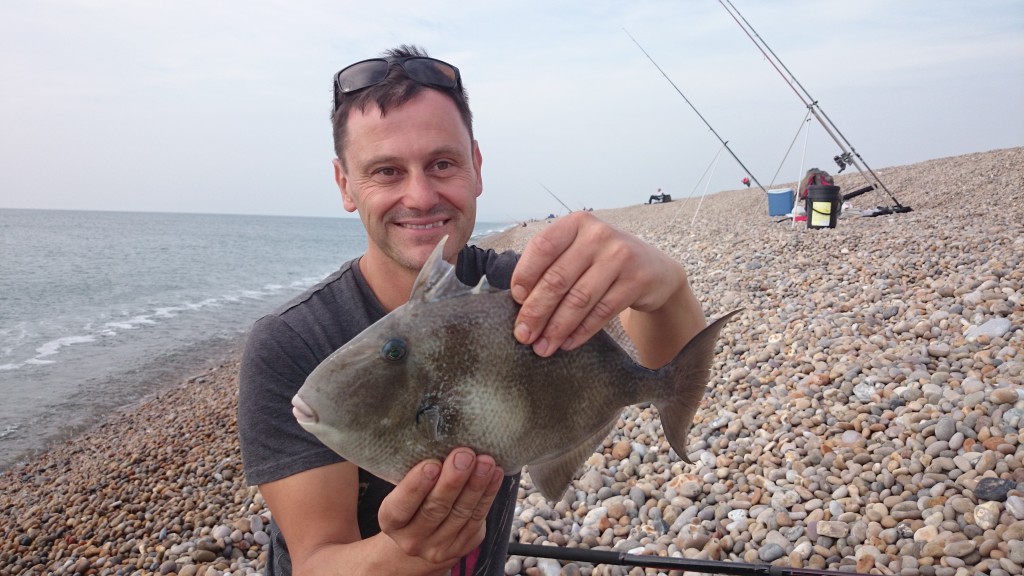 Bream and Garfish were also plentiful all along Chesil. I love fishing for Garfish on a light rod with a bubble float and a sliver of Mackerel. It helps pass the time whilst waiting for the Bream to bite. 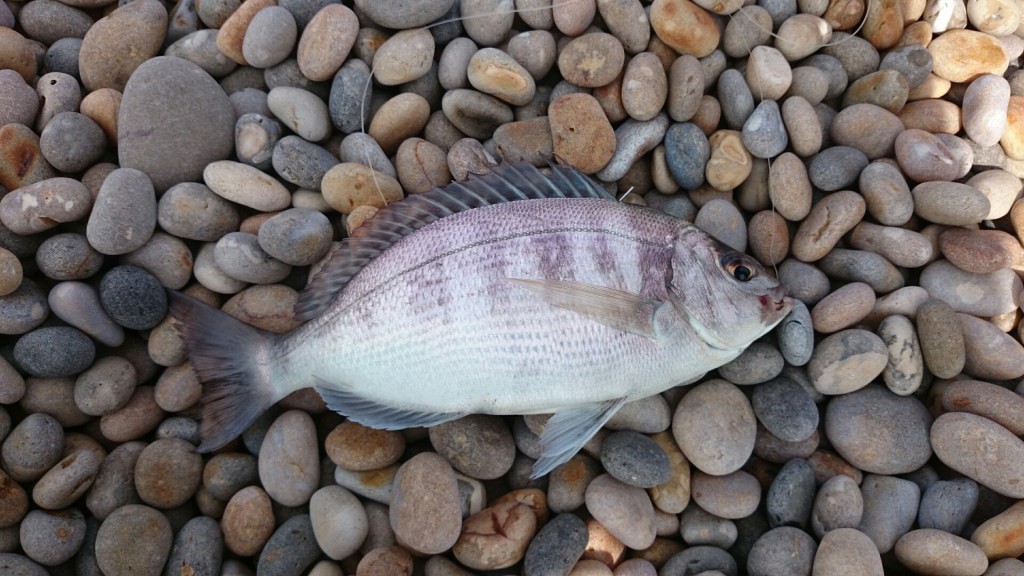 It is not very often these days that I catch a fish that I have not caught before, but that is exactly what happened this week, when I pulled in a beautifully marked Streaked Gurnard. 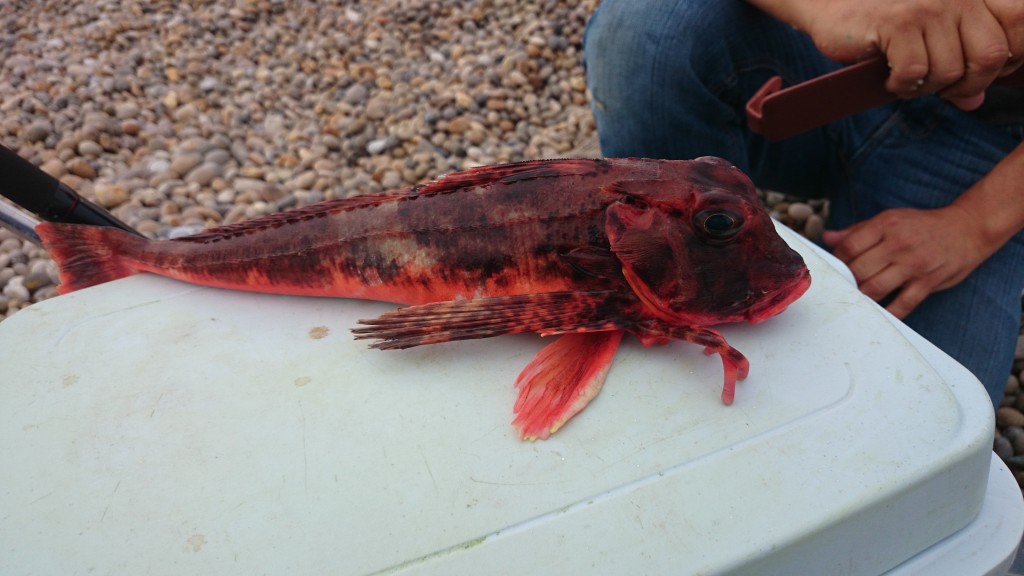 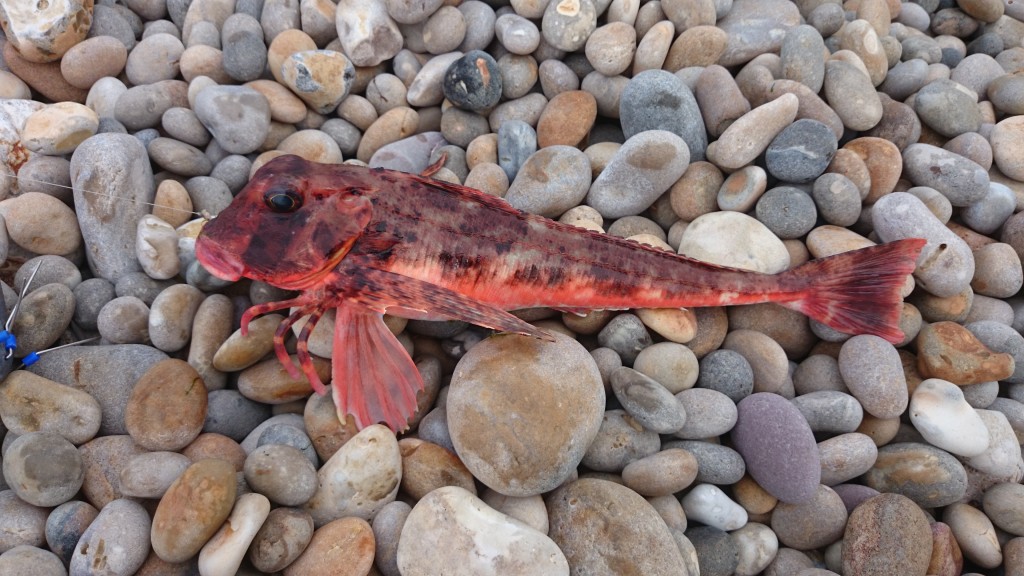 I have often been accused of not giving away many details in the fishing forecasts and reports, so I thought I would give you a taster below of how the reports are more likely to be written, when we launch the new look site.

The main questions everyone has been asking me this week is where did I catch all these fish and what bait and rigs have I been using. To prove my point from my post about Trigger Fish last week, I fished three different locations between Ferrybridge and Chesil Cove. One was straight over from the foot bridge at the visitors centre and that proved to be the best mark for Bream. The other two which were further towards the Cove produced Bream and the Trigger fish. All three marks produced Gurnard, Mackerel and Garfish, though the Mackerel seem a bit thin on the ground this week. I found that keeping the rigs simple and not over casting was the most successful method. I used two and three hook flappers with size 2 hooks. One hook was baited with a 1/4 of a Peeler Crab (1/2 if the crab is small), and the others with just Squid. It seemed that the Crab would draw the fish in, but they mostly took the Squid. When I tried just using squid or just crab, my success rate dropped considerably. I also tried combining the squid and crab into cocktails, this also proved unsuccessful.

After a hectic weeks guiding, I decided to give myself a break, and go fishing just to relax 🙂 I have been promising to go Mullet fishing all year and I had noticed a number of nice Mullet cruising around the lovely clear waters of Portland Harbour. I had some success last year targeting Thick Lipped Mullet on a IMA Calm 50 lure, I wondered if that was just a one off, or if I could repeat it again. I am happy to say that within 10 minutes I had managed to land this hard fighting Mullet. Even though it was only about 2lb, it stripped the 4lb line from my reel on 6 or 7 seperate runs, before finally being netted. 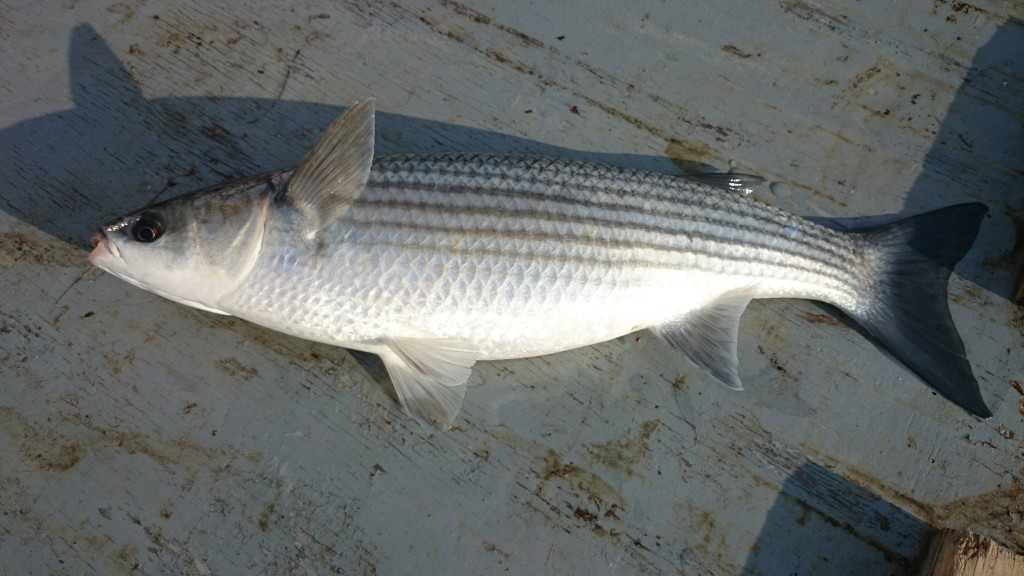 I have found that at this time of year Mullet are a lot easier to catch, and you are quite likely to pick them up on Mackerel strips. I think this is because they are feeding heavily in preparation for moving offshore for the winter. Next week, I will be putting up an article by Lyme Regis Tackle Box’s Darren Hibbert, who is a bit of a Mullet expert.

Chesil Beach forecast: I can see no reason why Chesil will not continue to fish exceptionally well. There are still Red Mullet being caught, which is one species that I have not been able to catch so far this year. The Bream and Trigger Fish should remain with us for at least another month, as will the Garfish. Mackerel should still be around for a bit yet, and night tides will produce Dogfish and Pout.

I would expect Bass to start showing along the beach on the next set of spring tides.

3 Responses to "My best weeks fishing so far this year."