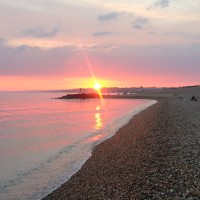 As the flounder season draws to an end in the next few weeks. The elusive record wasn’t broken!! That said though many anglers reported good catches of numbers as well as fish up to 4lbs in weight.

Away from the flounder fishing I drove out to Milford shingle bank. This venue offers conditions much the same as Chesil; shingle beach, deep water and fast tide conditions. 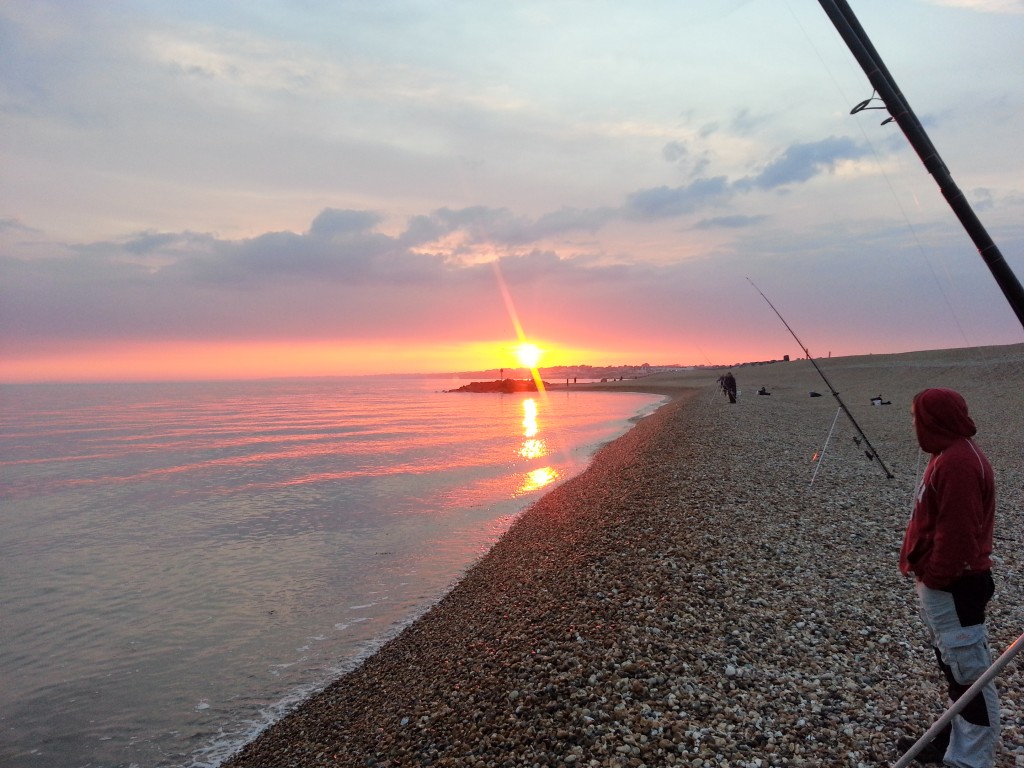 Initially me and my mate Martin set up with pennel Rigs on two rods one with fillet of Mackerel for Ray and whole squid for anything else. 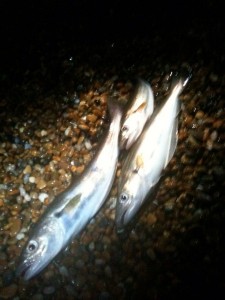 After fishing through the small window of slack water up to high water(21.30pm). It became obvious that the big boys didn’t want to play!!
Martin switched to a two hook paternoster rig baited with strip of squid on one hook and Mackerel strip on the other and was rewarded with a Whiting almost straight away. After that we fished four rods this way and it was almost a fish a cast as the lesser strength tide ebbed out. Whiting, Dogfish and jumbo Pout we caught. Better this than six hours without a bite, like the other day at baiter!
All the fish were caught casting at maximum distance. Pendulum casting as our styles allowed.

On a very sombre note whilst winding up to the point of release. I had two traces detonate on me!! Luckily the beach was quite empty 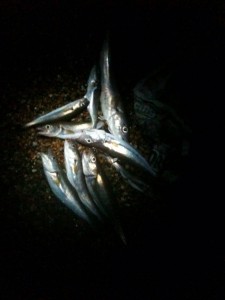 otherwise the results could have been catastrophic. The trace line parted on the pennel body 60lb snapped liked cotton.
On closer inspection of my traces weren’t that clever!!
We have all done it.  Gone fishing, come home in the early hours. Gear gets thrown in the corner and forgotten about! Myself I had just coiled and kinked up a load of traces and threw them back into my tackle box. Wrong move!

Over the doldrums that we might expect over the next few weeks I will go through my traces and inspect them for defections. Cutting up and retying any suspect Rigs.
In a future post I will highlight with pictures the traces I use.

SUBSCRIBE
Choosing the perfect multi tool as your fishing sidekick Where to fish in these strong winds?