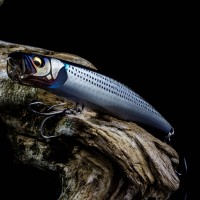 I had been waiting with anticipation, for about 6 weeks for the Megabass XLush to appear in my local tackle shop, as I had heard quite a bit of talk from other lure fanatics like myself, about how good it would be. Megabass title the XLush as a High Dimensional Multi Performance Pencil Bait; quite a mouthful for a stunning looking lure. I believe the RRP for them is £23, but with a bit of shopping around you can pick them up for around £20, which is what I paid for it from Chesil Bait n Tackle Cutting through the technical speak, it is basically a floating surface lure, that weighs 17g and is 113mm long.

The following is the microscopic marketing desA great looking lure that in my opinion is a waste of moneycription from the lure box: The XLUSH isn’t a splasher, it isn’t a popper, and it isn’t a dog walker. It’s a pencil popper that combines the rod work of the angler  with the perfect tackle balance to make many different approaches possible. The backbone of its performance is the straight swimming action made possible by the high buoyancy construction and the utilisation of surface tension. During straight retrieves it faces forward, keeping a stable horizontal swimming posture, as it leaves a beautiful wake behind it. This is due to Yuki Ito (designer) taking the water intake and chamber system of the POPX and XPOD and incorporating it into the XLUSH for modifications for use against Sea Bass. This allows for a unique wake. and the control of excessive splashing  and wobbling its serene swimming action leads to great performance when used in bays, estuaries and rocky shores. When there is no resistance with straight retrieves, you can raise your rod to perform a skating dancing action. By making the shock leader thicker, the darting range increases, creating a wide area of coverage. When sudden water resistance is applied it creates splashing along with a popping sound. Stimulating the appetites of sea Bass. The sinking type, suited for subsurface use, creates bubbles to appeal to targets. Tis next generation XLUSH shows fearsome performance when handled with the necessary skill. Finally the time has come to see the power. 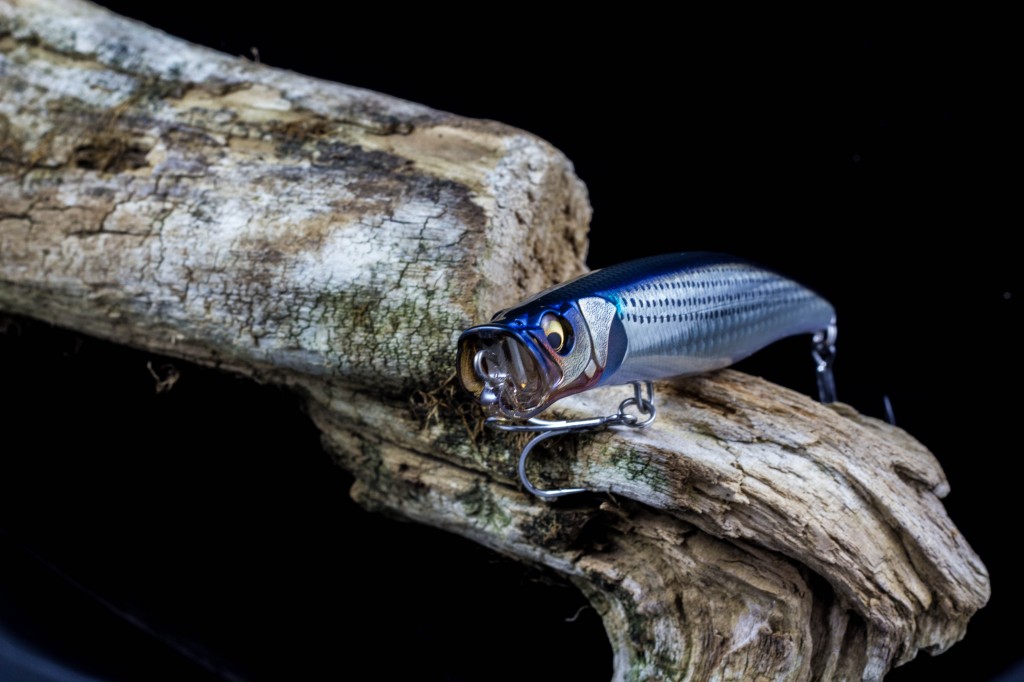 Fine words and just what you would expect to hear from a good marketing department, but does the lure live up to its description? As with all reviews that I do, I give the product a comprehensive test in different conditions over an extended period. For this one I decided to take it out and use only the Xlush all day in a number of different environments. I was with a couple of my regular lure fishing mates, who were down for a full days fishing at some of our favourite marks. They were going to be using what ever lures they thought would best for the marks and conditions we were going to fish. As it happened, for most of the day the conditions suited surface lures.

My initial impressions of the XLush, was that it was a lovely looking lure that seemed well balanced and very well finished. The patented intake chamber looked like it would really produce some great results. At only 17g, I was surprised how well it cast. It flew out on most casts with very little tumbling, even when cast into a stiff headwind. Unfortunately thats where the positives stop!  To say that I was disappointed with this lure is an understatement.

Let me break down my interpretation of Megabass’s description from my experience of it: The XLUSH isn’t a splasher, it isn’t a popper, and it isn’t a dog walker. It isn’t an anything other than an expensive looking piece of plastic, that when brought in on a straight retrieve, looks like a lure that has caught a load of weed round its head. You could argue that it creates a lovely wake, but so does a weeded up lure. It is one of the most lifeless lures I have ever used. Just as Megabass claim, it doesn’t excessively wobble or splash. They certainly nailed that part, but even a bit of a wobble would have been nice. Perhaps my tackle didn’t have the perfect balance required for the lure. I do wish they would explain what the perfect balance is.

Taken a little aback by its straight line performance, I tried some of my more favoured methods of using a surface lure. Those of you who fish with me or have been guided by me, know that I love to work a surface lure quite aggressively. I can even make out and out walk the dog lures like Pro_Q’s and Sammys pop, gurgle, splash and come to life. The Xlush was more like a damp firework. No matter how hard I worked it, it did little more than spit a little. As for walk the dog, it was more like walk the snail, even when I tried a much thicker leader.

So last chance saloon! I thought I would try and see if I could raise the stream of irresistible bubbles that would start a feeding frenzy. Well I guess I must have missed them as much as the Bass did. A good concept for trolling for Sailfish and Tuna, but I can’t seem to remember seeing that sort of behaviour from the types of bait fish that we get in UK waters.

Both my friends managed to land several Bass on the extended test day, with a couple of other fish lost, and plenty attacking their surface lures. I was unable to attract a single attack or even a follow. I am sure that the Xlush will catch a few Schooly Bass on the right day, but on that same day if you attach a couple of hooks to a bit of drift wood and splash it about, you will probably get as many on that.

After having used it for a few sessions I did a quick Google search, and it was pretty obvious that no one who was selling it had either used it, or if they had, they certainly hadn’t reviewed it. I am sorry Yuki Ito and the rest of you guys in development in Magebass, but you got this one wrong. I love some of your other lures such as the Zonk 120 and even the Laten’s which is not on most lure anglers top 10, but this one does nothing for me.

Think yourself lucky that I wasted my £20 on it so you don’t have to. There are plenty of better lures out there for less money that do a better job.  If you are looking for an alternative splashy, V-Waking surface lure then you could do worse than the Lucky Craft Gunfish or Savage Gear Panic Prey 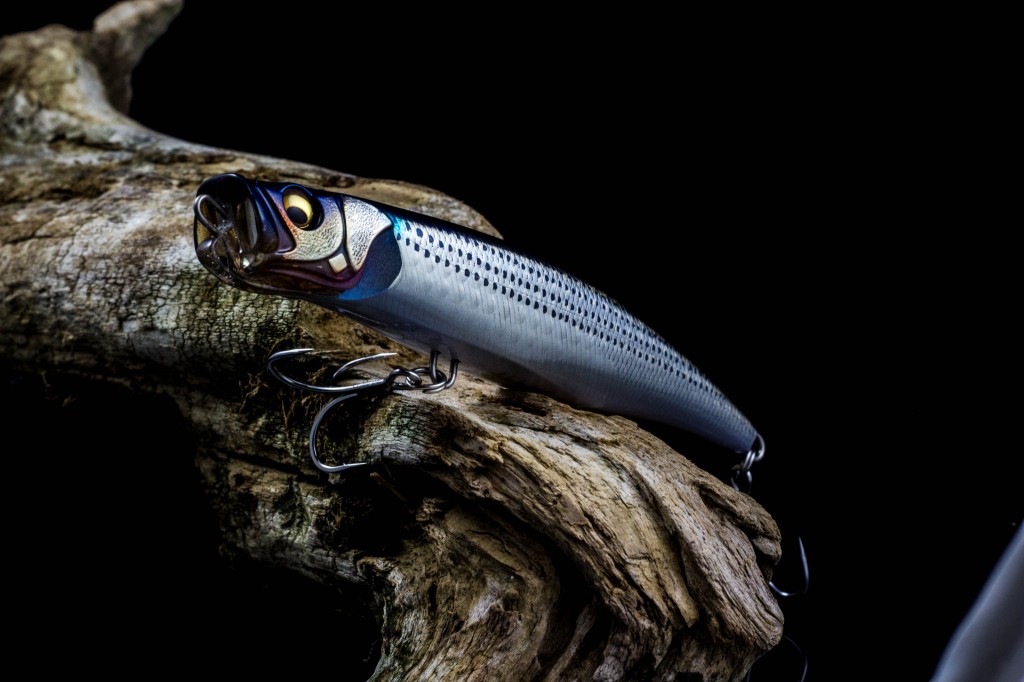 A great looking lure that in my opinion is a waste of money.