Fishing Tails > All Articles > Reports > Chesil Beach > Light at the end of the tunnel
Bass and a late run of Cod on Chesil Beach Whats the water clarity like on Chesil? 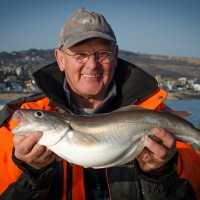 Light at the end of the tunnel

The first signs of the summer fish returning are starting to show. The Plaice are not here yet, but the Mullet are slowly moving back in. The Thin Lipped Mullet are normally the first of the fish to return, and reports from a diver friend indicate that the first of those have already made it to Portland Harbour. I know that they have started entering the rivers in Cornwall, so it will only be a matter of days before they start to show in Weymouth Harbour. I for one can’t wait. I love fishing for Thin Lipped on light lure tackle. Time to get the Mepp’s dusted off. 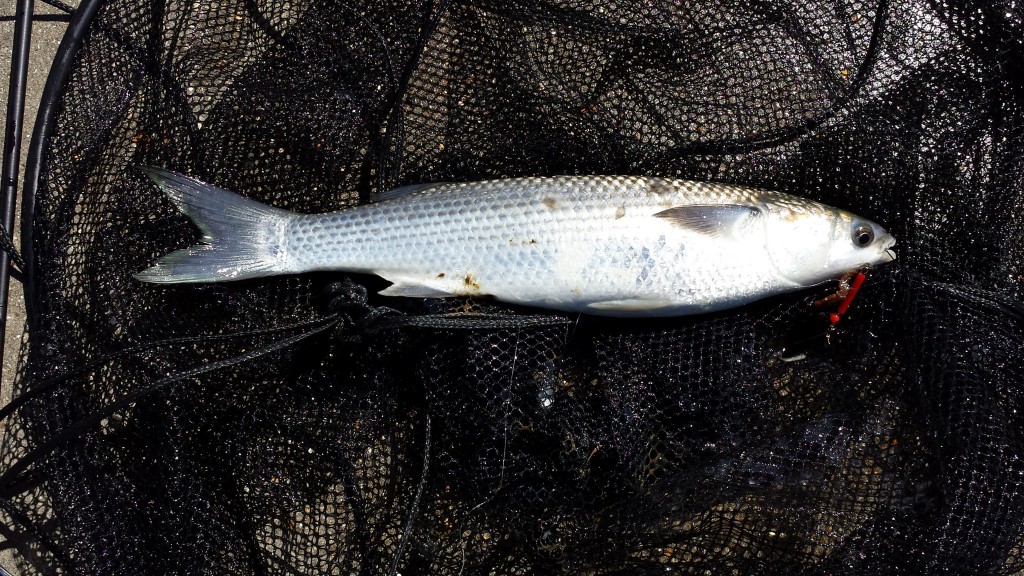 The water is starting to finally clear. I think by the end of the week, we will have clear water around most of the Dorset coast, which will open up a lot of fishing opportunities. Once again, it will give me a chance to get the lures out for Pollock. I might well try for some Flounder as well. It will still be a few weeks before Chesil starts to see an improvement in the fishing, as this past weekend proved. The main catches were made up of Dogfish and Pout, with a few small Bass and some very small Codling.

I was supposed to fish in the Weymouth Angling Society monthly boat competition yesterday, but filming commitments got in the way. It was a shame as some big Whiting were landed with the best being a huge 4lb 4oz for Matt Honey. A good entry for the March fish of the month competition. 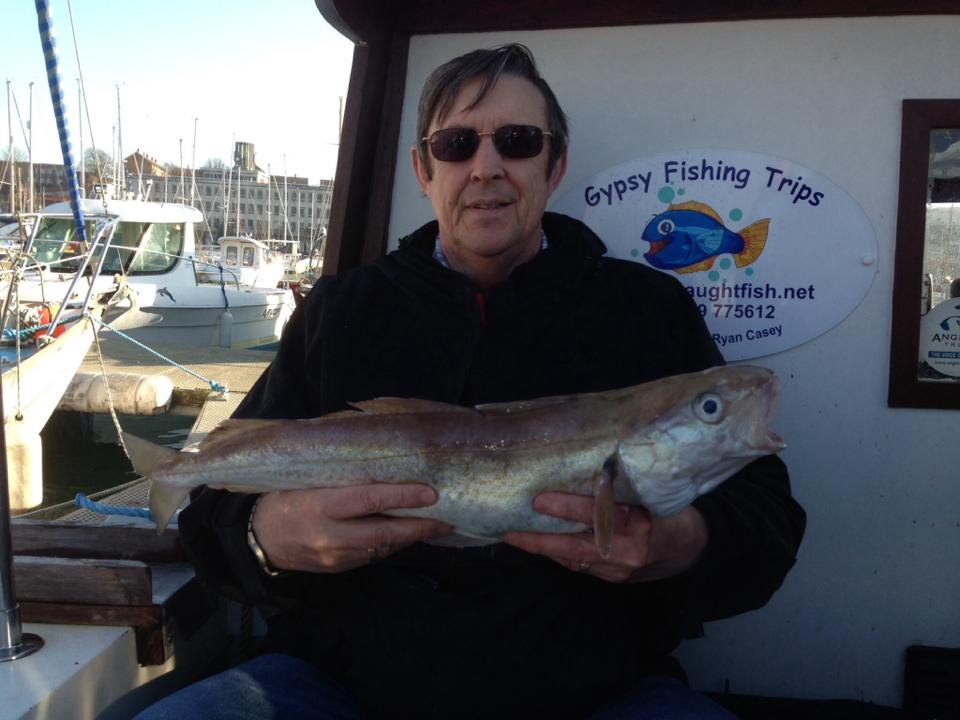 It wasn’t just the Weymouth club running boat competitions over the weekend. Lyme Regis Sea Angling club also held a boat competition, targeting late Whiting. They were not disappointed with the results either, as Barry Moore won with this plump fish (photo courtesy of Gavin Tyte) 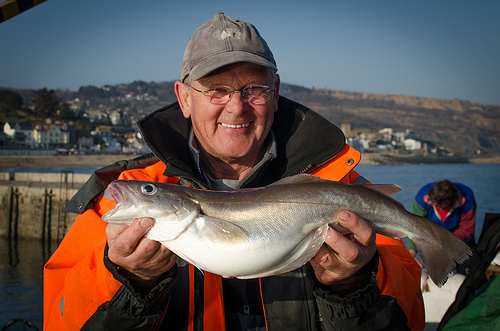 A couple of my mates went Pike fishing at the weekend on the river Frome. They were joined by another friend Jamie Moore, who brought along his DJI Phantom quadcopter, to capture some video of the pair fishing. He also let me have a test flight of the quad, which has made my mind up to buy one, to produce some amazing videos for the site. Have a look at the video, I think you will like it.

Chesil Beach:  Calm with a 2m swell the water has a milky tine to it.

Chesil Beach forecast: Still fairly poor on Chesil and I think it will remain so for another couple of weeks. Dogfish, Pout, Dabs, Rockling and a few Bass are about all that is around now.

It might be worth having a go for an early Plaice towards the end of the week. Long flowing traces and Ragworm should be the best tactics. Finding the clay beds after the recent storm might be difficult.

Portland: The water is almost clear enough to lure fish for Pollock. Wrasse will start to move in again soon. I often find that Church Ope Cove is one of the better marks early in the season.

Weymouth Bay: If the Mullet are in Portland Harbour you can guarantee they will be in Weymouth soon, if they are not already there. I had a look yesterday, but I couldn’t see any.

The Pleasure Pier and Preston Beach are not producing much, apart from a few small Flounder and Pout.

Tagged with → Spurdog from the boat

SUBSCRIBE
Bass and a late run of Cod on Chesil Beach Whats the water clarity like on Chesil?

3 Responses to "Light at the end of the tunnel"