Fishing Tails > All Articles > Reports > Chesil Beach > Is that a break in the weather I see? Oh Yes!!
Do you think Chesil will be fishable on Saturday? Fishing Photography: Photographing fishermen creatively 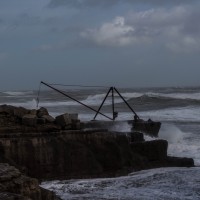 Is that a break in the weather I see? Oh Yes!!

Grab yourself the chance to get out for some winter shore fishing today, as there wont be many other opportunities to fish Chesil this week. I wasn’t going to do a fishing forecast today, as fishing has been so poor for the past few weeks. However I have been monitoring not only the weather but some satellite feeds that show me sea temperatures. It is obvious from the weather that we have had, that the sea has been well and truly stirred up. What is less obvious is that the water temperature over the past few days has dropped by 0.5°C. You might think that is not a lot, but in terms of sea temperature at this time of year, that is a huge change. The cold water has moved down from the North, which may bring a run of Cod with it.

With sea conditions still fairly rough on Chesil, but almost no wind today, conditions are almost perfect for a Cod fishing session. All we need to make it good are the fish to show up.

We certainly had some rough weather over the weekend, and as I didn’t go fishing, I took the opportunity to do some filming. I have created a short video and a poem to give you an idea of how rough it has been over the past few days. It is hard to believe that as I am writing this the wind has dropped to nothing.

Ah Mother Nature is cruel, her all powerful swell

Crashed over the rocks, the beach, and the shell

From end to end Chesil was battered and swirled

Its shingle and sand caught in waves that unfurled

Portland and Weymouth did bear the brunt

And when poor fisherfolk did attempt to ballast

Their efforts were thwarted by the storm’s brutish blast

A line  could not be cast from beach, rocks, or boat

Poor Chesil beach will surely ne’er be the same

For years upon years the storm will leave her stain

As the waves poured in to old Brandy Row

Crashing into the sea PomPom Rock did go

And we could do nowt but stand watching in awe

As Dorset’s coast was gripped tight in nature’s jaw

Guillemots, razorbills, and other seabirds

All took a bruising in nature’s blizzards

Flotsam and jetsam were tossed onto the shore

As the mouth of the storm opened in a great roar

The storm lashed the beach and the rocks stood alone

Our hair stiffened with salt as our boats were thrown

And as we stood in the eye of the powerful waves

We realised Lady Nature will do as she craves 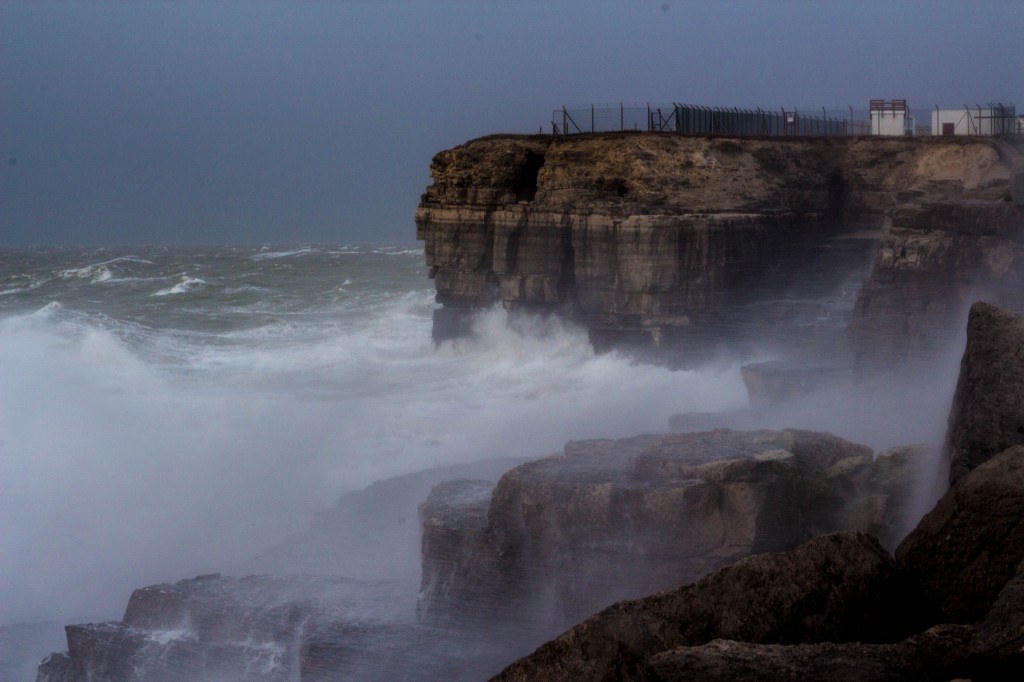 As conditions after today, are going to be rubbish again for most of the week, I will concentrate on providing more articles this week. Unless of course things change and more fishing opportunities arrive.

Chesil Beach forecast: If you get the chance to fish Chesil today, then be careful. Yes the wind has dropped but there is still a strong swell and we always get rouge waves after big storms. Set up well away from the waters edge. There is every chance of a lunker Cod swimming amongst the murky water, looking for a nice easy meal. If you get a big bait in the water, the chances are good that it will track it down. Your main problem will be your baits being robbed by the thousands of small Pout, Dogfish and Whiting that are sure to be there as well. The chance of getting a Conger will be high.

Portland: If you want to target Bull Huss and Conger, then Portland will be a good choice today. Keep away from the lower rocks and ledges and you will be safe. Use large fish baits and rotten bottom rigs, for your best chance at getting a double figure fish.

Weymouth Bay: Once again Weymouth Bay will be a safe haven for those in need of a fishing fix this week. As with Portland Harbour, the Bass have gone and probably wont return until the water hits 10°C again. However there will still be plenty of flatfish and Whiting to keep your rod tips rattling. The Piers are always good for a mix of species. Monday nights is Weymouth Angling Society’s weekly junior competition night. At this time of year they would expect to catch Pout, Pollock, Rockling, Whiting, Flounder and Sea Scorpion. If you go down there armed with a very light rod you are almost guaranteed of some sport.

SUBSCRIBE
Do you think Chesil will be fishable on Saturday? Fishing Photography: Photographing fishermen creatively