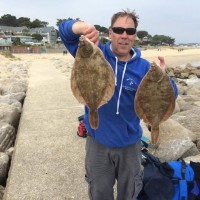 In the right Plaice

The plaice continue to dominate the catches at sandbanks recently. Although that has been weather dependent. With the high winds during the early part of last week the water was the colour of drinking chocolate. No good for plaice fishing at all. However as the weather cleared, the fishing certainly improved, it seems sandbanks could be on a par with chesil beach at the moment. But it has blown hot and cold for some at the start of this season.
I met Kevin webb last week after he had driven down from Somerset to fish sandbanks for a change and he had caught a couple of corking plaice to 3lb. He decided to try his luck again this Friday morning at sandbanks rather than Cogden at chesil. What a decision that turned out to be. Kevin landed 17 plaice between 8oz and 12oz plus a really chunky plaice of 2lb 7oz. What a day!! What a catch!! Well done Kevin. 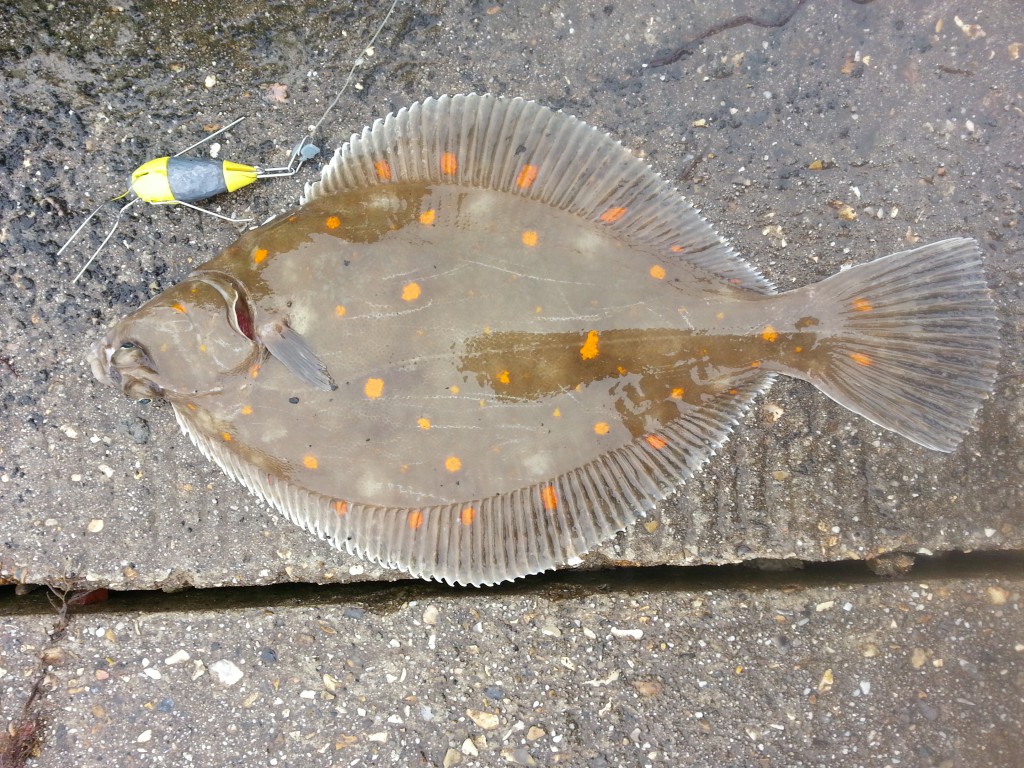 Fuelled by Kevin’s success me and my mate Joe raced down to sandbanks in the afternoon to cash in on the back of Kevin’s red letter day!!

Well you’ve guessed it after six hours Joe had a small whiting and a little flounder. All I managed was a big fat blank????.
I didn’t see a lot else landed up and down the beach and it was busy! 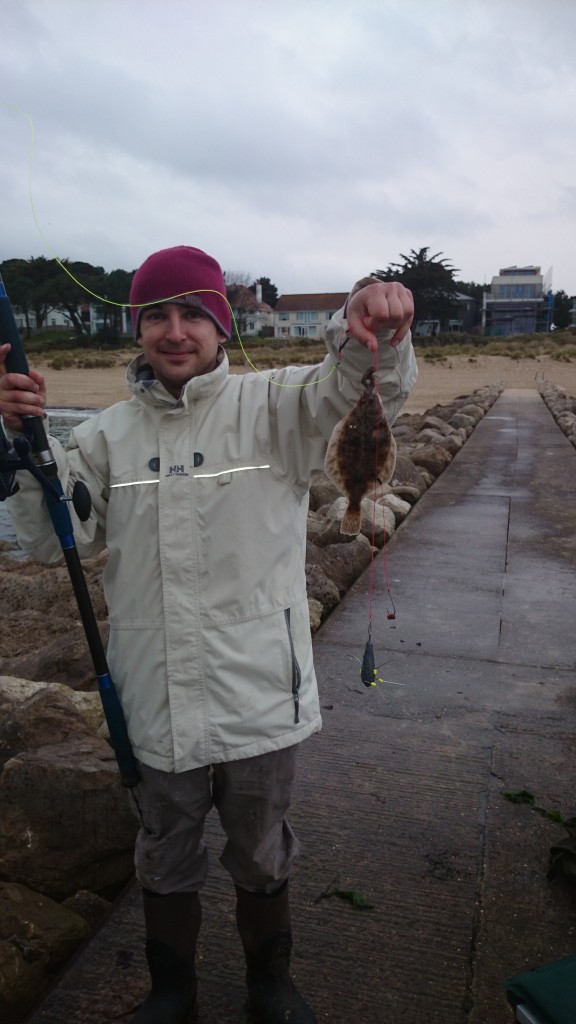 On Saturday Mike Carter who has already had some corking plaice from sandbanks, weighed in a very respectable plaice of 2lb 14oz and commented that it was very thin. He followed this with another chunky little plaice of 1lb 8oz. 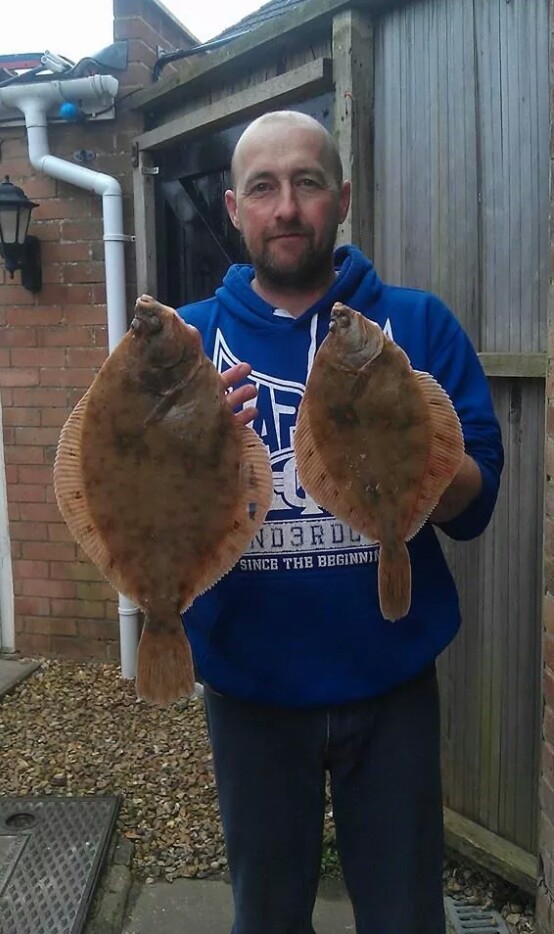 Last week I was contacted by Simon Bristow. He was going to be driving down from Somerset and asked my advice on fishing the sandbanks area. I suggested casting from the groynes. This would add to the distance he would need to reach the plaice. He was spot on using rag and lug for bait. He fished from the largest of the groynes and was rewarded with five plaice. Three of which were over 2lb the largest 2lb 10oz. 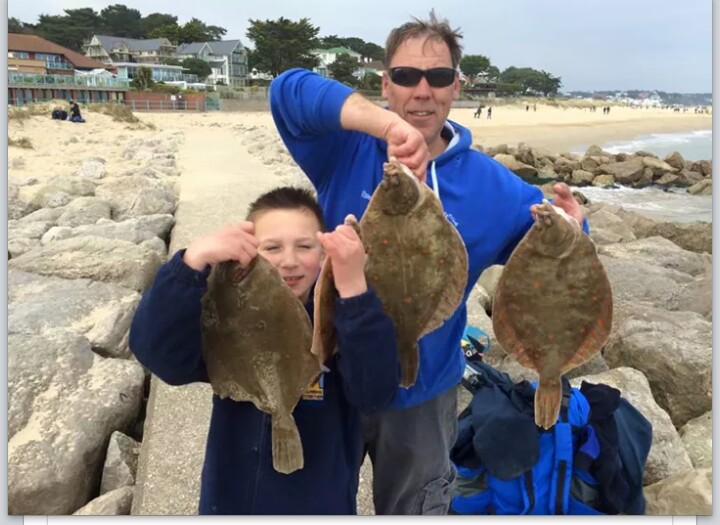 As usual depending on who you spoke to high tide was best. While others said it was low tide. The same with bait. Some swear by fresh lugworm others ragworm. Personally I like to use both on the same hook or a wishbone rig. Both in large amounts. Two and three worms slid up the hookline.
There must have been a few plaice around over the weekend, because even I managed a small one on Monday morning during a quick two hour session. 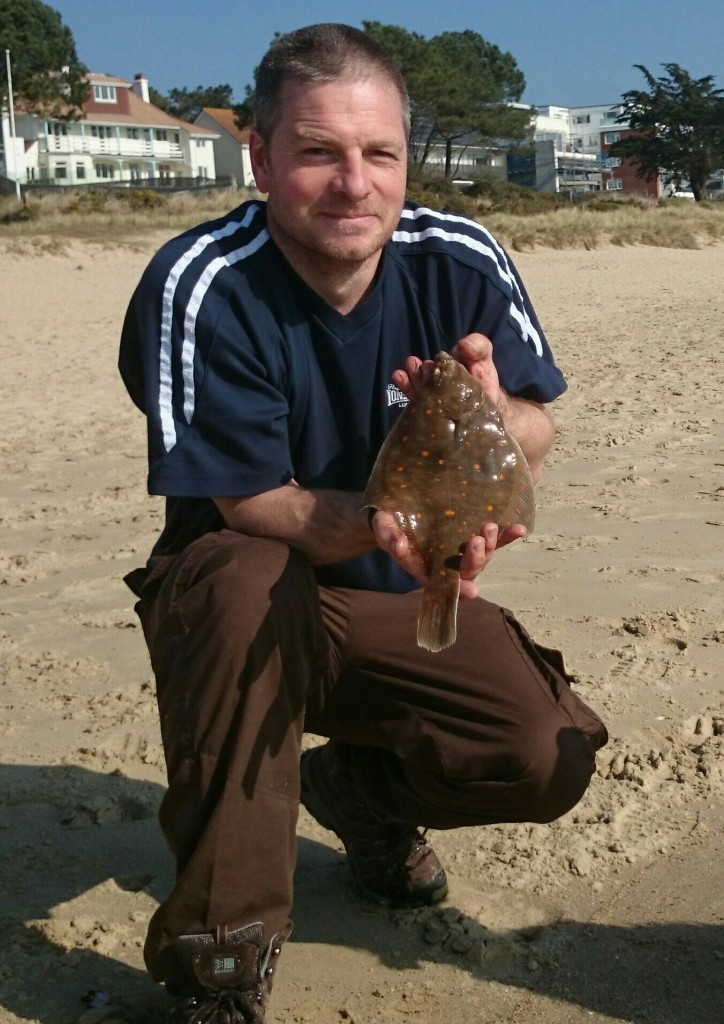 It has to be remembered that whilst this spring run of plaice has been phenomenal so far. It is a spring run! Once the plaice have put on some weight after spawning they normally move off into the deeper channels of poole bay and poole harbour. Thats not to say the plaice wont be caught later on in the summer from the beach. It just means they will be in better condition.

I have heard a rumour that some black bream have been landed in the solent off the boats. This is good news. If the bream play ball we could see them off Poole and Bournemouth in the next month or so. This really kick starts the summer fishing in Poole. Ray and turbot have also featured in catches to the east of the region and I will report on this when I have more details.