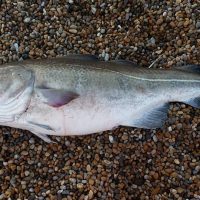 On Friday my headline was “The Cod are coming”. Unfortunatly it would seem that the Cod failed to read my article and decided to go somewhere else. So far the cod fishing has been very poor. However Robert Moore proved that there are some good caught to be caught, when he landed this monster at 11kg (24lb) 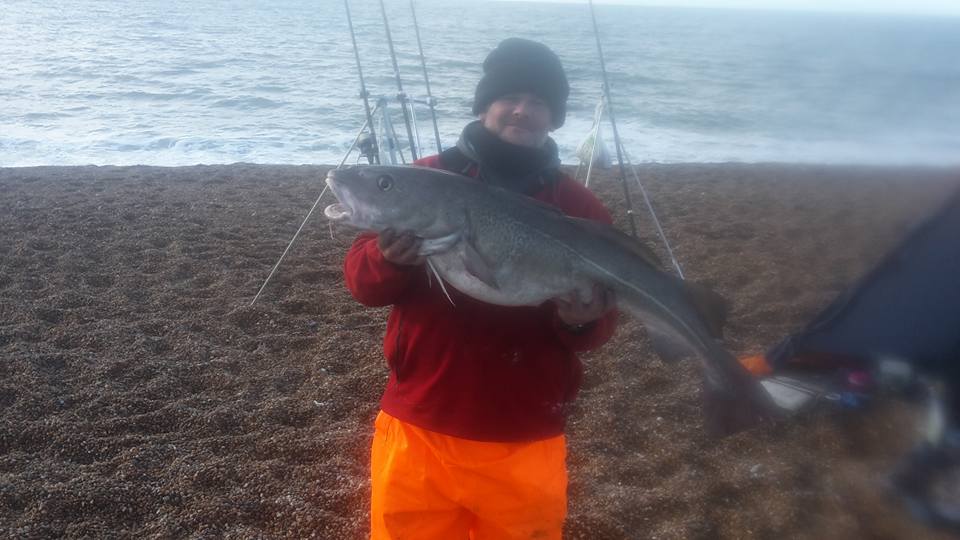 Well done to you Robert, you will certainly get a few fillets out of that. 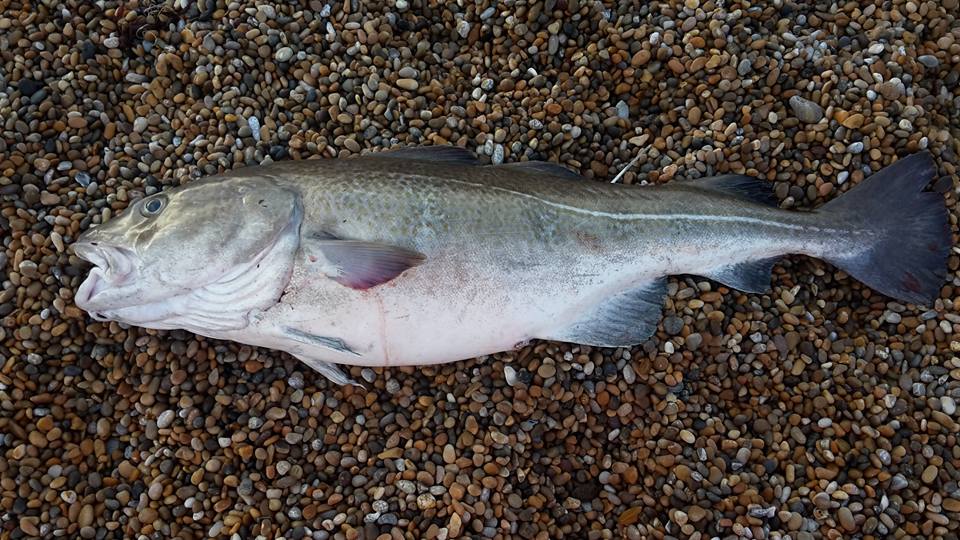 There were a few other codling caught, but not in the numbers or size that we would expect. Ben Stockley managed a small one, amongst a good haul of other species. The was no lack of fish, as the coloured water made them confident enough to come within casting range. A lot of small Conger were caught as well as large Pout and loads of Dogfish. Ben managed to catch a Pollock, which often show from Chesil in good numbers in November. 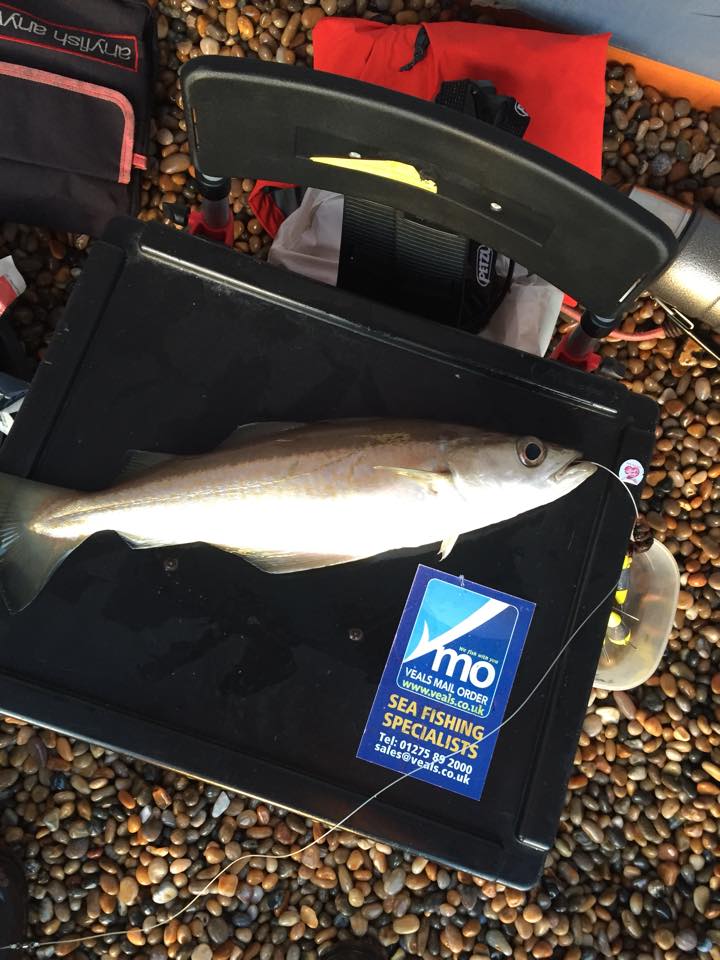 I know the reports from Fishing Tails have been a bit sparodic recently, but we have a load of articles for you, every day this week. Starting tomorrow, with an insite into fishing in South Devon, from our latest writer Tom Sheffield.

Chesil Beach forecast: Acording to the wind forecast we should be in for a windy and rough day again today. However the reality at the moment, is tha the wind is nowhere near as strong as it is frecast and the swell has dropped below 2m. In fact as you can see from this picture provided by Izzy from Underwater Explorers, you would never think we had just had a big blow. 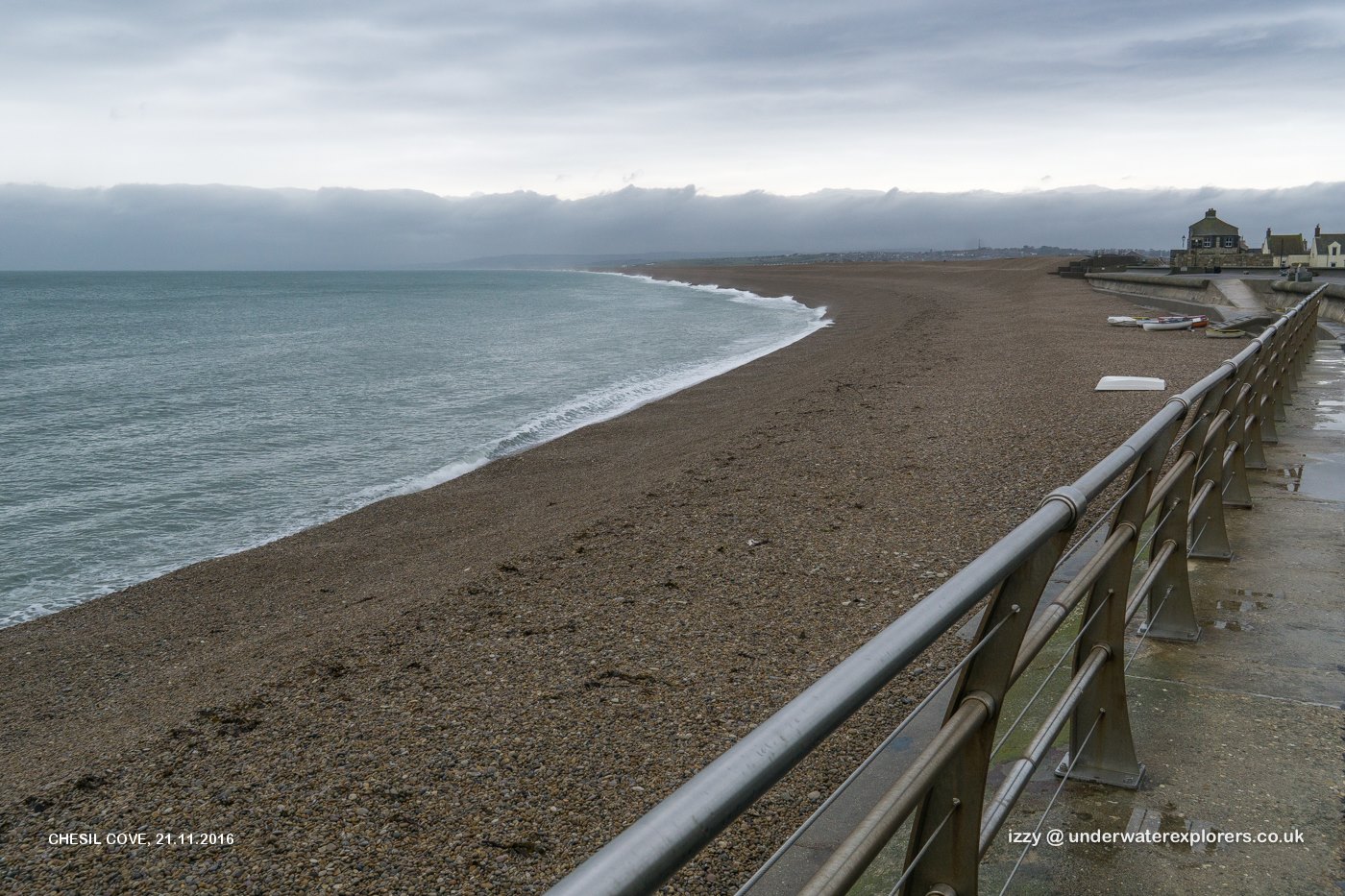 However there is enough colour in the water to bring in Pollock and Whiting. It is in days like this that you can quickly run out of bait. I would reccomend that if you are thinking of coming down to fish Chesil, you check out the wind forecast, as currently it looks like Tuesady will be unfishable. That makes Wednesday good for a session and thats when I will be on the beach.

Portland: Today should be good for Wrasse as the water is a bit more settled and has some clarity in it. The Wrasse will be hungry, as they struggle to feed when it is rough. With the number of Pollock caught from Chesil, I would expect to see plenty around the Bill at dawn and dusk.

Portland Harbour: If you do turn up to fish Chesil and the weather is too rough, it is well worth giving the harbour a try. This time of year is normally good for Bass on the shallow sandy marks. I only fish it with lures but they wil take worm and squid baits.  There is also plenty of sport to be had with Flounders and Garfish.

Weymouth Bay: I know quite a few anglers opted to fish the piers and preston over the weekend and had some reasonable catches. Preston is still producing Gurnard and a few Red Mullet.

One Response to "Huge Cod from Chesil"