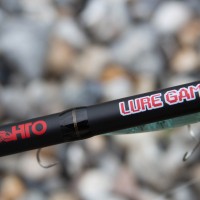 Looking for a good lure rod under a £100? Lure fishing is one of the fastest growing disciplines within angling, especially with sea anglers, but knowing what rod to choose can be very confusing. I often have anglers turn up to come guiding with me, with an 11ft spinning rod, or a Carp rod, because they had some advice from a mate and that was what they had always used. Let me clear something up now, a long spinning rod, or Carp rod is fine if you want to bang out a Dexter Wedge, or other similar heavy lure, but when it comes to casting and even more importantly, working the much lighter modern lures then you do need a more modern lure rod, designed with modern lures in mind. 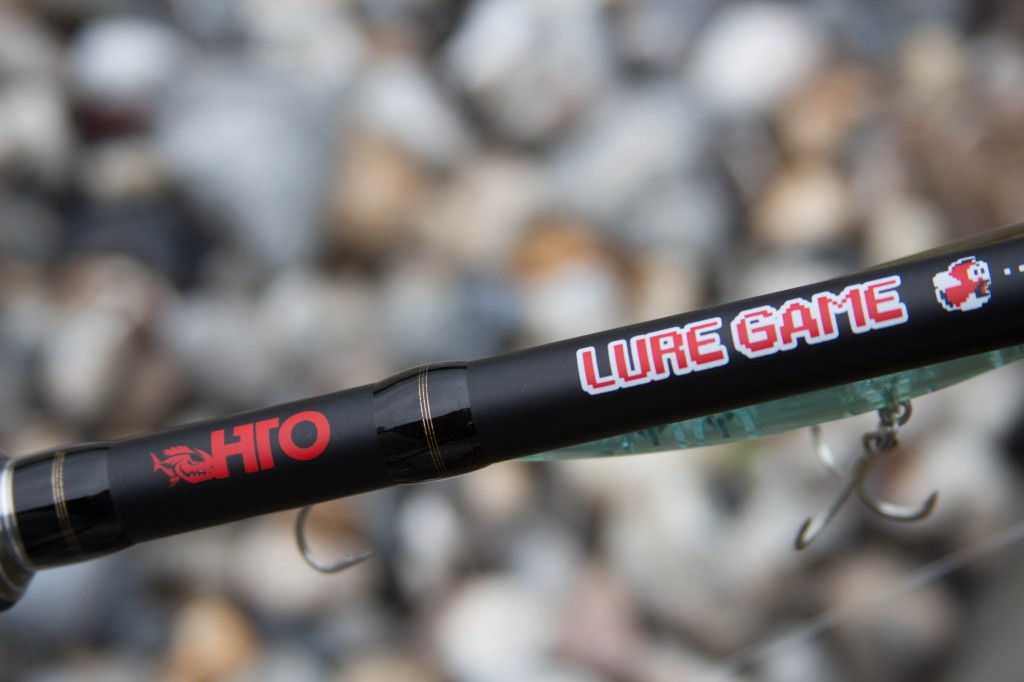 Tronixpro recently added a new range of lure rods, the HTO Lure Game series, to compliment their range of Rockfish rods. Although the Rockfish range covers a casting range through to 28g, they are regarded more as budget LRF rods. The Lure  Game series on the other hand is a marked step up in both the weight range and quality level. There are three rods in the range, 8ft, 9ft and 9ft6″ I have one of each and I was going to review all three together, however I changed my mind as it would do them injustice. Even though the material spec is the same for each one, they have very individual characteristics that set them  apart. This review is for the 9ft6″ version. 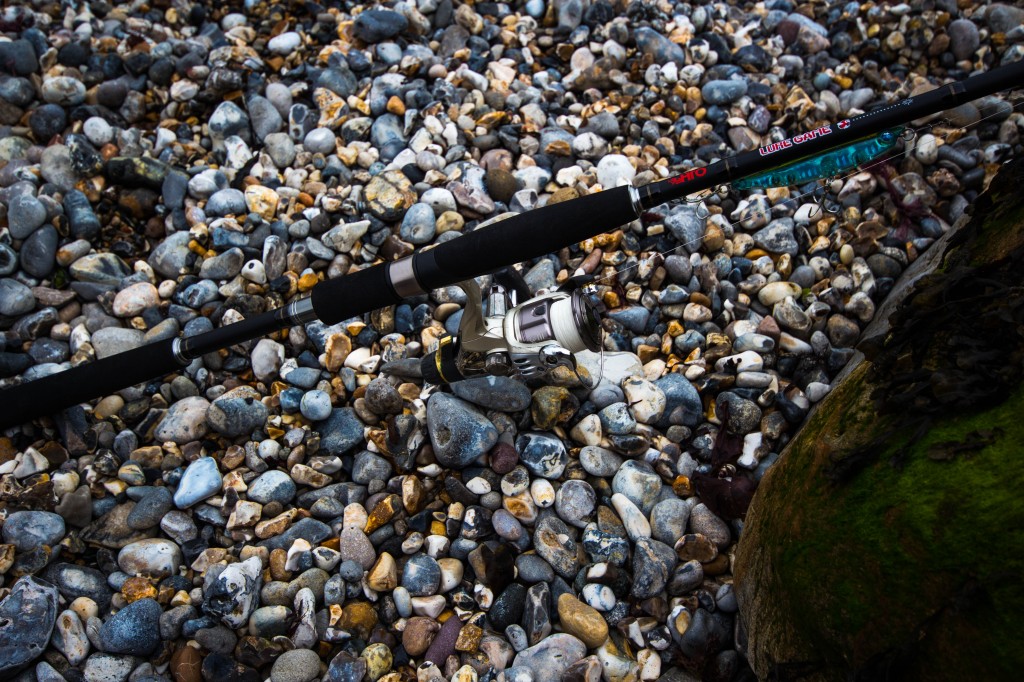 One of the first things you notice about the rod is how smart it looks, with its matt black finish and classy looking under stated whipping. The high build gloss varnish that finish the whippings off is flawless. The guides are single leg in a K-type style, which will help eliminate wind knots. Plenty of wear has been built in to the spigot to allow for  years of use.  Soft eva grips compliment a modern fully covered screw up reel seat. The grips are capped at the end and the butt is finished off with a cork butt cap giving it an elegant yet modern look.

I have been using the rod for 6 months now and a lot of the pictures that are shown below have been taken recently. It gives testament to the quality of the components, that despite these rods being in constant use with my guided clients they show very little sign of wear or tarnish. The only area of concern that I have is the the eva grips are quite soft and may over time break down, but I am being overly critical.

At 9ft6″ and rated to cast 10-50g, the rod is at the slightly heavier and longer end of the scale as far as modern lure rods are concerned. There are longer and heavier rods out there, but they are mostly designed for a specific use. It is currently the heaviest lure rod that I use, but by no means does it feel like a heavy rod.

The whole blank is responsive, I put a lot of the credit for that in its minimalistic design. There is no  heavy varnish to constrict compression during casting, keeping the overall weight down. With the exception of a couple of small decorative points, varnish is only applied where it is needed. I wish more rods were built like this. 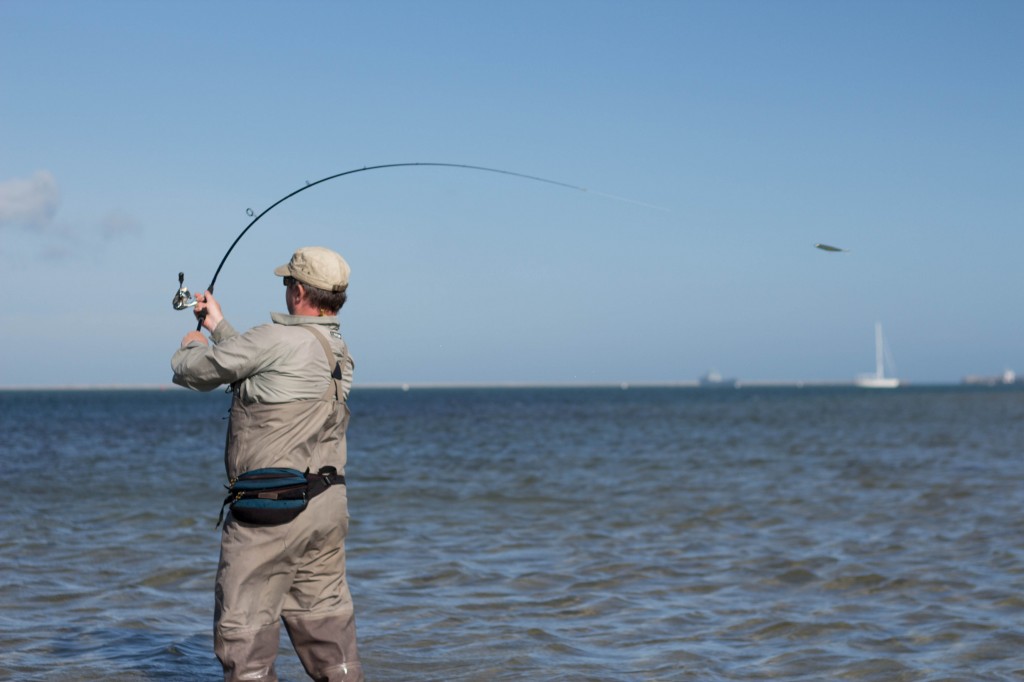 I would describe the tip action as being medium fast, despite its length and being rated for 50g. Most other rods I have used in a similar class have been heavier and slower. When I talk about the tip being medium fast, I mean that when you are using lures such as surface lures that you need to impart a lot of action into them, the tip recovers quite quickly allowing you to work lures much more aggressively without tiring yourself out.

What I find surprising is that the rod casts just as well with smaller lures around 14g, as it does with large 48g jig heads. I always turn to this rod when the wind is howling and I want to punch a large Delalande Swat Shad right into it, or I am using my large Mommoti 190 and going for distance. You still feel all the vibrations and knocks that come back from the line, even at the lower end.

What about fish taming capabilities? One thing this rod has lots of is power. I doubt there many fish that swim in UK waters that this rod wont be able to handle. I have seen videos of it landing double figure Smoothound, and they are much more powerful than the numerous Bass that we have caught on it. Even though it is a powerful rod, you get the full excitement of feeling the the fight that us lure anglers love on light tackle.

As a lure rod it performs very well, but what sets it aside from the rest of the range and many of its competitors is that it can also be used as an excellent light weight general purpose rod. It has more than enough backbone to cast out an ounce and a half lead with bait for close in Bass or flatty fishing. Stick a large float on it and you can bang it out for Garfish or brutish Wrasse that will dive straight for their bolt hole amongst the rocks and kelp.

When I first picked the rod up, felt it and looked at the build quality, I was asked how much I thought it cost. I guessed that it would come in around £130. You can imagine my astonishment when I was told that it sold for just under £65. For me I thought that represented fantastic value for money, with features such as covered real seats that you often only associate with more expensive rods.

It would not be my first choice if I was buying it as my main lure fishing rod, as I would more likely choose the 9ft version. However if you are looking for a heavier lure rod or a more all round light weight rod that really is capable of lure fishing, then I would have to look a long way to find another as versatile as this one. For more information or to purchase one have a look at Lure Game