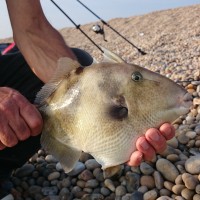 How to catch Trigger Fish

Simply turn up on Chesil Beach, cast out and catch one! Just like in the picture below, with my client from yesterdays guiding session. 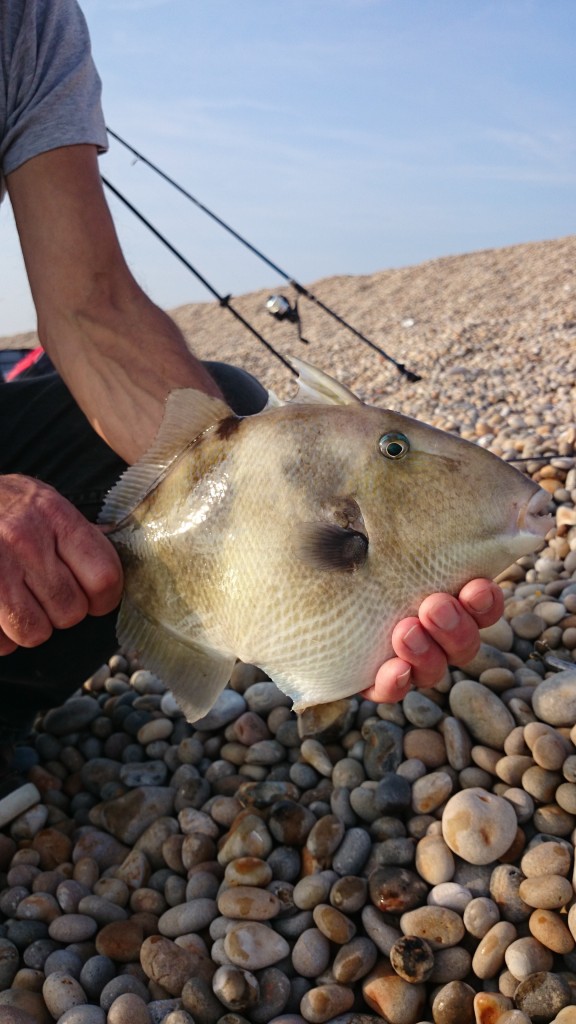 If only it was that simple! In truth there is no black magic involved with catching Trigger Fish, if you find the right location you have a very good chance of catching one. I normally use bream tactics, which involves using 20lb Flurocarbon hook lengths and size 2 Chinu Hooks. I like to keep the hook length fairly short at around 6 to 8 inches.

If you can get them then live Hermit work really well, but failing that Ragworm tipped with Squid will work. There are a number of locations around the South Coast that regularly hold Trigger fish in late summer. Chesil is probably the best known. When they first started showing up about 20 years ago they were mainly found on the wrecks around Ferrybridge, but now you can catch them all along from Chesil Cove to the Bridging camp and beyond. Trigger fish like to shoal around structure that is surrounded by clear ground, so this makes the wrecks and small reefs that are along Chesil Beach ideal habitats. Local angler Dave Lane managed two in last weekends competition at Ferrybridge. 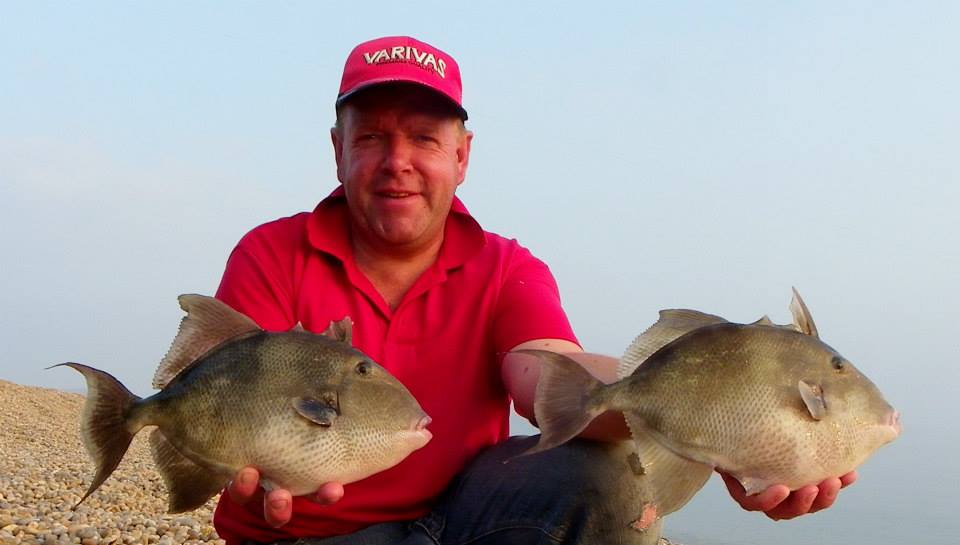 Chesil Beach forecast: Plenty of Mackerel and Garfish all along the beach and if you are after a Ray, then an evening session to Abbotsbury may well produce an Undulate or Spotted Ray.

The Portland end of the beach is fishing well for Bream, Trigger Fish and Gurnard, and though I have yet to catch one, I have heard of plenty of Red Mullet. Lure fishing in the Cove should produce Mackerel, Pollock and Garfish. 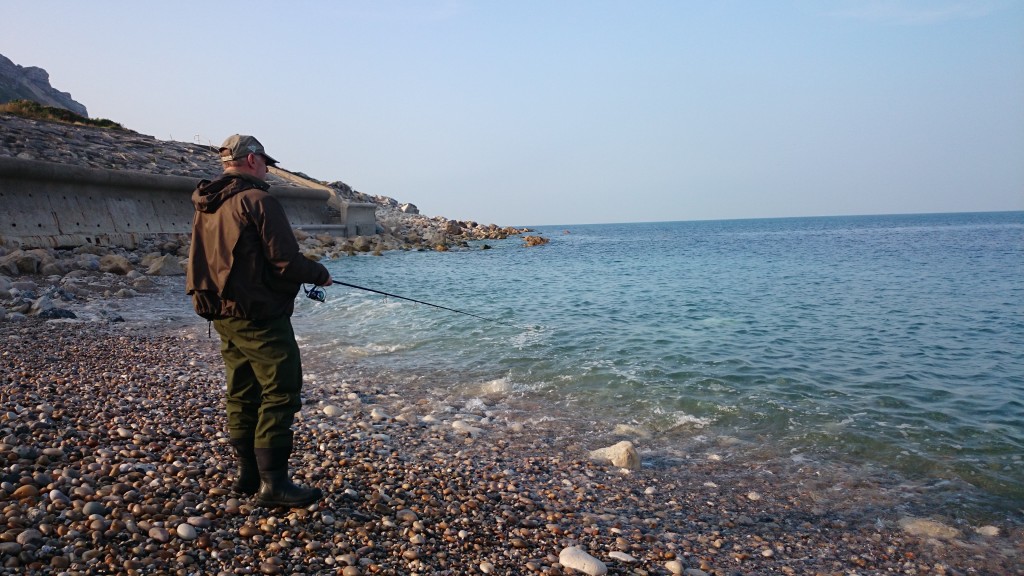 Portland: I fished with a client yesterday morning at first light down the Bill. Once again I was disappointed to find that the Pollock were not around in the large numbers I would expect them to be in. We did catch Pollock, but in previous years I would have expected one almost every cast, or at least a knock from one.

Don’t let that put you off fishing from Portland, as the Wrasse fishing is fantastic, as is the Garfish and Mackerel fishing, using either lures of float fished Mackerel strip.

Weymouth Bay: As usual both piers are fishing well for lots of different species. Mackerel and Garfish are around in big numbers and I have heard of reports of large shoals of Mackerel and Scad beaching themselves on Preston Beach. You can be sure that there will be Bass following them.