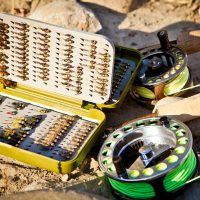 It’s been a long winter for anglers, especially those who have practically missed a season due to lockdowns and predicaments. Trapped worse than the fish in some cases. Now though, things are looking up and it’s possible to visit lakes and rivers again for some angling. But what are the best flies and lures to use this spring?

During the colder months trout tend to remain in the murky depths of waterways, but as the waters warm the fish start to move upstream. This is the best time to catch one looking for an easy meal. You can use lures that look like midges but ones that look like midge larvae are still effective. Check out this season’s best options. 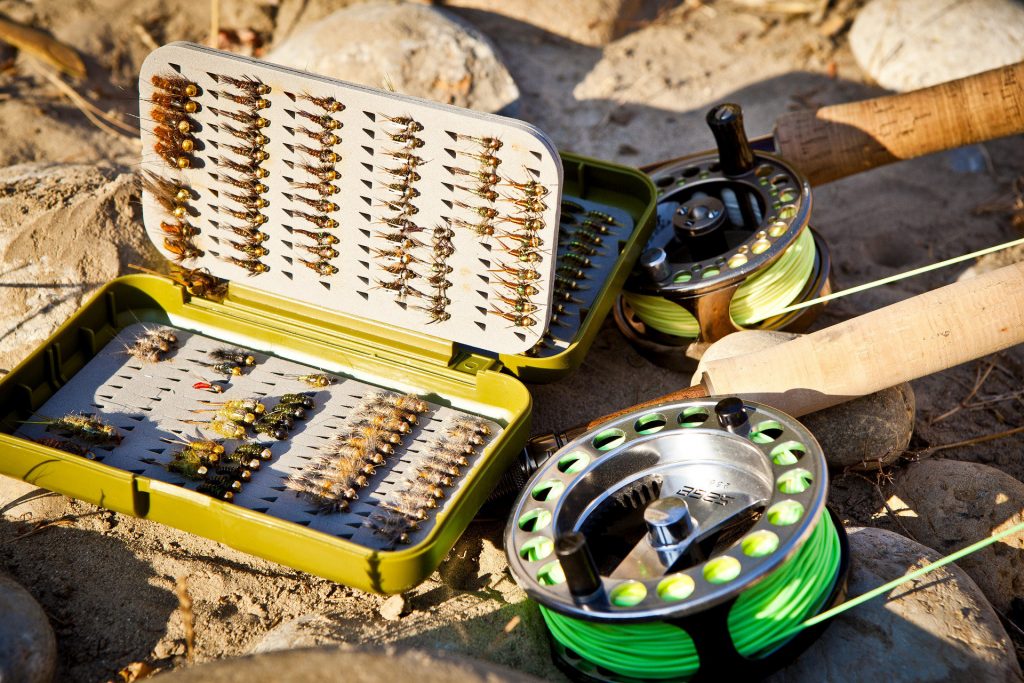 If you want to catch some healthy trout this season then you could try the Mercury Midge fly. This fly is designed to look like a midge in an early stage of development and tastes like a snack for an unsuspecting trout. It is made using thread and glass on a hook.

Trout don’t only eat midges spoiling around on the surface of the river, they also eat midge larvae which sometimes float downstream or can be found on the river bed. Midge larvae are small worm-like creatures with segmented bodies.

The Disco Midge fly is designed to look like one of these for a trout. It’s made using a bright thread and clear bauble to catch the attention of passing fish. It’s not called ‘disco’ for no reason – this fly is obvious and convincing.

Even in spring fishing conditions aren’t always perfect, you may still require a colourful or standout fly to lure in the fish and encourage them to bite. The Rainbow Warrior fly is in the same class as the Disco Midge in the sense that it mimics a midge larvae.

The Rainbow Warrior Midge fly is best utilised on the river bed crawling along or floating gently down the river. Its bright appearance and obvious position out in the open is enough to convince any lurking fish that it’s an easy meal.

As the waters warm as spring develops and larvae start to hatch, the opportunities for anglers open up too. It means you have more options about what sort of flies and lures to use. Still, there are plenty of fish that lurk in the warmer deeper water and look for easy meals.

This is why it’s still a good idea to use lures that run along the bottom of the river as well as more seasonal flies. The Jujubee midge is one such midge fly. Again designed to look like midge larvae, this fly should work effectively in the current season.

SUBSCRIBE
How to fillet Salmon Fishing after a storm