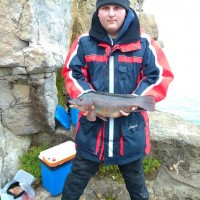 Fishing in Dorset over the weekend

Good fishing or bad! how did you get on over the weekend? I decided that I would give it a miss this weekend, as conditions were pretty lousy, and I think I made the right decision. Chesil was for the most part unfishable. But Chesil is not the only place to fish, as I know quite a few were out along Preston Beach and in Portland Harbour. I know several fly and lure fishing friends did fairly well around Ferrybridge, with Bass up to 6lb caught on fly rods. Quite an achievement considering the winds.

What has surprised me over the past week is how good the Wrasse fishing has been. Wrasse are notorious for not feeding when it is rough and coloured, but that has not stopped them over this rough spell. It could be that they are desperate to put weight on before the water turns much colder, so they are feeding aggressively. Unfortunately there is no chance of being able to target them with lures, but if you are willing to lose gear and go heavy you can get some good fish. That is exactly what Demetri tried and was rewarded with a 4lb 2oz Ballan Wrasse. He has been down on Portland on holiday for more than a week now and has been desperate to get himself a Cod. So far he has been out of luck, but he has made the best of tough conditions and landed plenty of other fish. 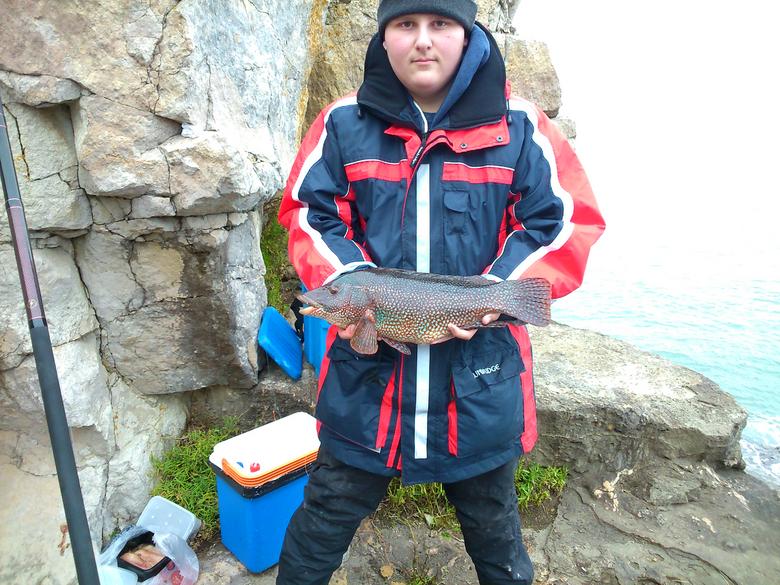 Today is a good chance to get out and fish Chesil, as the wind has changed direction to become more Northerly. This will have the effect of quickly calming the sea down, though at the time of writing (8am), the beach is almost unfishable with 2m waves sometimes exceeding 4m.

Chesil Beach:  Rough with heavily coloured water and plenty of weed, waves are 2m with some waves exceeding 4m

Chesil Beach forecast: The water temperature has dropped almost a full degree over the weekend and with coloured water and better tides Codling must be a high probability. There are lots of Dogfish and Pout in close even during the day. Numerous Congers have also been caught last week, most have been under 10lb. I am hoping that some large Bass are out there looking to pick up large baits. Peeler Crab has been in great demand recently, so if you are coming from outside the area, you will need to make sure you book with the local tackle shops first.

Portland: Conditions are ideal for Bull Huss around the Island. As I mentioned earlier, Wrasse are feeding aggressively with some nice big fish being landed. I know that Pete Hegg landed his 9lb 2oz British record Ballan Wrasse in November, so this really is the month for the big ones. The Bass just do not seem to have made an appearance around Portland this year. I have had a few, as have other anglers, but nothing like the numbers of last year. I am looking forward to the water clearing so I can have a go at them on the lures again.

Weymouth Bay: With the wind forecast to blow from the SW again tomorrow the piers and Preston Beach will offer good sheltered fishing. Keep it light and simple for the best sport on these marks.